The White Princess on Drama: All you need to know

The Wars of the Roses have come to an end but conflict continues within the court of King Henry VII. Meet the cast and characters of The White Queen’s sequel.

The White Princess, the sequel to the bestselling novel The White Queen and the BBC television series of the same name, is about to start on UKTV’s Drama Channel.

Here’s all we know so far about the star-studded historical drama series.

What is The White Princess about?

The White Princess is based on a novel of the same name by bestselling historical fiction writer Philippa Gregory.

It picks up as the tumultuous War of the Roses comes to an end and a new generation ascends to the throne in a tale of power, political clashes, family, love and betrayal.

A fragile peace is achieved when former king, Richard III, is defeated at the Battle of Bosworth. After the battle the victor, Henry Tudor, now king King Henry VII, marries Elizabeth of York – a princess from a rival house; as well as being Richard III's niece, it was rumoured that Elizabeth had had an affair with the now dead king. 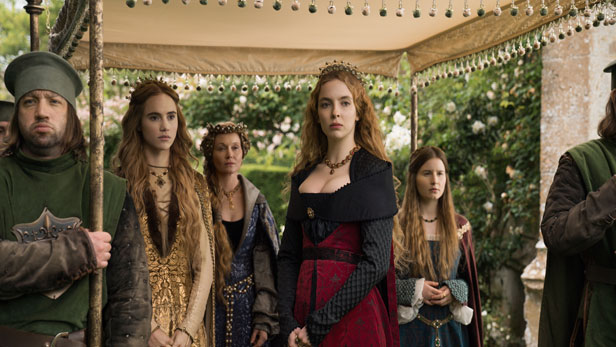 With her sister, Cecily of York, Elizabeth matches wits and wills with Lady Margaret Beaufort (Michelle Fairley), King Henry VII’s mother. They each manoeuvre to gain his trust.

Meanwhile Elizabeth’s mother, Dowager Queen Elizabeth Woodville, struggles with rumours that her long-lost son, Prince Richard, is alive, and Elizabeth is forced to choose between her new Tudor husband and the boy who could be her own blood and the rightful Yorkist king.

Who is in The White Princess?

Acclaimed as 'the feminist answer to Game of Thrones', here are the stars of The White Princess and the historical characters they play: 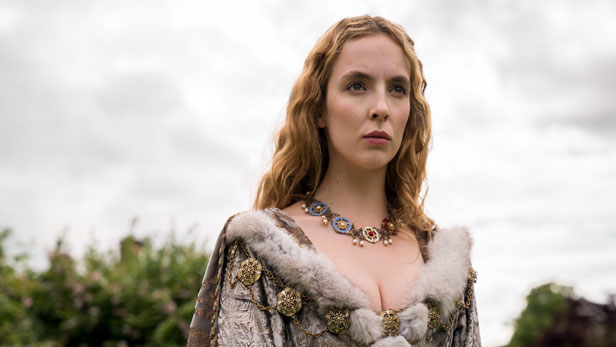 Jodie plays Princess Elizabeth of York, a beautiful and charismatic young woman who has been promised to in marriage to King Henry VII. It is hoped that this marriage between former enemies will settle the Wars of the Roses once and for all. However, as a York loyalist she secretly has her own plans up her sleeves.

[Read more: All you need to know about Jodie Comer] 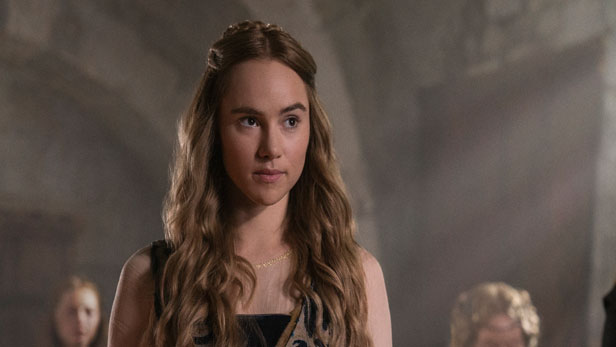 Cecily is three years younger than sister Lizzie and is jealous of her royal betrothal. Aware of the dangers of living in a Tudor Court she is determined to survive and find a good marriage of her own.

She is played by Suki Waterhouse, a fashion designer and model who has recently transitioned into acting. She has starred alongside Jim Carey and Keanu Reeves in the thriller movie The Bad Batch and alongside Kevin Spacey and Emma Roberts in the drama Billionaire Boys Club. 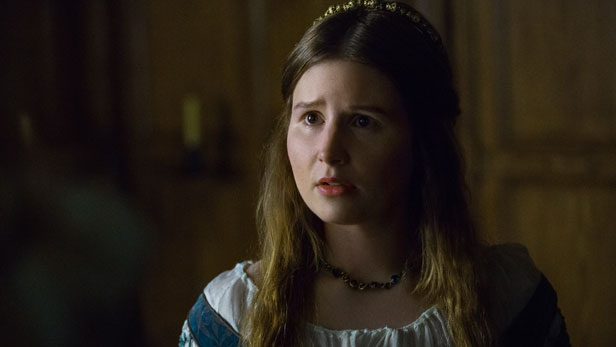 Cousin to Cecily and Lizzie, Maggie is far more reserved and studious. She is nervous about revealing her title as a Tudor but is particularly close to Lizzie, who she hopes as Queen will help secure her and her brother Teddy’s long-term safety.

Rebecca Benson is a Scottish actress whose additional roles have included playing Talla Tarly in Game of Thrones and appearing in Vera, The Crown and Doctor Who.

The sister of deceased kings Richard III and Edward IV of England, Margaret is also sister-in-law to Dowager Queen Elizabeth Woodville. Having lost so many lives to the war, she is desperate to see peace but much choose a side in the process.

Joanne Whalley is an English actress who has been acting since 1974. She rose to fame in 80s dramas Edge of Darkness and The Singing Detective, and recent roles include playing Catherine of Aragon in Wolf Hall, Mary I in The Virgin Queen and Princess Sophie Grimaldi in Gossip Girl. 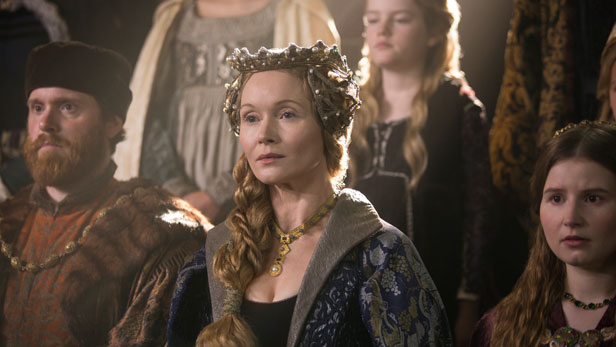 Mother to Lizzie and widow of Edward IV, Elizabeth must step away from the throne and give her eldest daughter the crown. She’s no shrinking violet though, and is an excellent strategist. However, as a Yorkist loyalist, her relationship with her daughter is tested as she becomes par of the House of Tudor.

Essie Davis is an Australian actress who is perhaps best known for playing Amelia Vanek is the cult Australian horror movie The Babadook and Phryne Fisher in Miss Fisher’s Murder Mysteries. 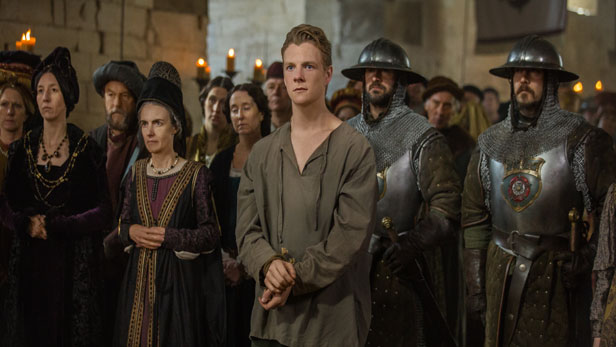 Richard claims to be the Lizzie’s long-lost brother and the rightful heir to the House of York. Dowager Queen Elizabeth becomes convinced his story is true, and hopes it will allow House of York to reclaim the power it has recently lost.

Patrick Gibson is an Irish actor who’s had roles in The Tudors, The Passing Bells, The OA, Primeval and Neverland.

Teddy is the brother of Maggie and despite being just 10 years old, has a potential claim to the throne himself – and King Henry VII is more than aware of this direct threat.

Rhys Connah has also appeared in Happy Valley, The Messenger and To Walk Invisible: The Bronte Sisters. 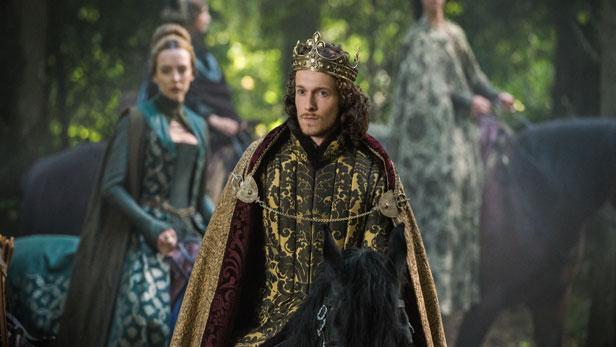 Never expecting to be king, Henry naturally distrusts women, which is especially bad considering he’s caught between two powerful female figures – his new wife Lizzie and his mother Lady Margaret Beaufort. As leaders of opposing houses, both women will try to manipulate Henry towards their favour. The result will change the future and fate of English history forever.

Jacob Collins-Levy is a British-Australian actor who’s also appeared in television series Barracuda, Glitch and The B Project. 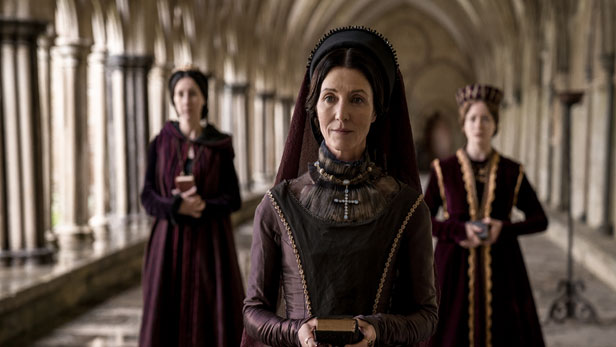 Lady Margaret Beaufort helped place her son at the top of the royal hierarchy. She makes herself his chief political advisor, but once headstrong Lizzie arrives at court, she realises she no longer has total influence over her son – much to her dismay.

Michelle Fairley is a Northern Irish actress whose appeared in major movies such as Philomena, Harry Potter and the Deathly Hallows – Part 1 and The Invisible Woman. She also starred in Game of Thrones as Catelyn Stark and as Margot Al-Harazai in 24: Live Another Day.

When does The White Princess start? How can I watch it?

The White Princess starts on Saturday November 18 at 9pm on Drama, available to all BT TV customers.