In My Own Words with… Tom Allen: ‘I rung my mum when I found out I got the job on The Apprentice: You’re Fired. She was thrilled!’ - Exclusive

The comedian, actor and presenter talks exclusively to BT TV about his reaction to getting hired, the weird things fans say to him - and the most annoying time to compliment his tie...

Fans of Tom Allen will get a double helping come October as he’ll be hosting The Apprentice: You’re Fired! alongside his regular weekly fixture on Bake Off: An Extra Slice.

The clearly-very-busy-comedian-writer-actor-presenter was recently announced as the new host of The Apprentice’s companion show, which airs weekly on BBC Two after the main show on BBC One.

Allen - who’s also appeared in films including Starter for 10 and Tamara Drewe - is of course a huge fan of the show, and sat down to watch a screening of episode 1 alongside enthused journalists.

Speaking exclusively to BT TV after the screening, Allen reveals his reaction to getting the You’re Fired! job, the weird things fans say to him, why you shouldn't compliment his tie when he's on-stage, and more.

The Apprentice: You’re Fired! with new host Tom Allen returns to BBC Two on Wednesday, October 2 - straight after The Apprentice on BBC One. Catch up on BBC iPlayer - under Players & Apps on BT TV.

> How to use catch-up like BBC iPlayer on BT TV 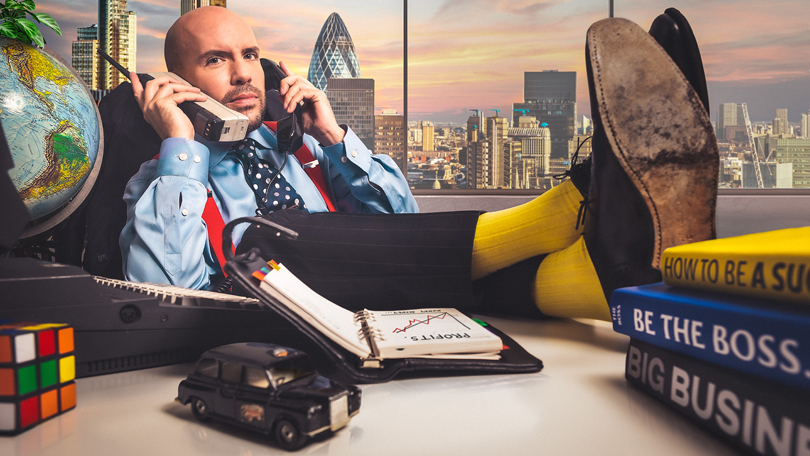 Tom Allen: In My Own Words

I like to watch The Apprentice live on TV because… a) it takes the stress out of accidentally revealing something and b) it makes it fun to engage with it as the viewers do.

The first person I called when I found out I got The Apprentice: You’re Fired! job was… my mum, because I always call my mum about things like that. It’s impressive, right? She was thrilled, delighted! It’s such a well-known, loved programme and it’s at the heart of the viewing calendar. It feels like a great honour if I’m honest! As Karren [Brady], below, said ‘welcome to the family’, it felt very nice. 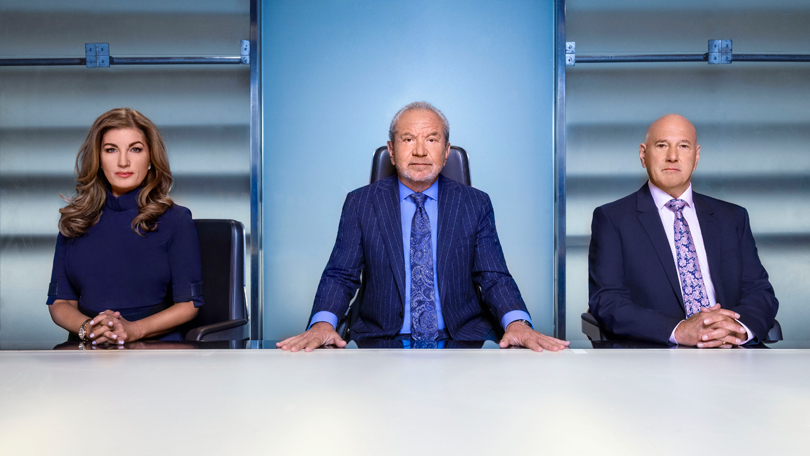 The best response I got from a fan / troll about The Apprentice: You’re Fired! job was… well, I try to ignore negativity, there’s enough negativity in the world. Most of the people who know me, and like what I do, are very nice. I occasionally get people being very weird. I had one person who came up to me once at Chelsea Flower Show once - most people are very nice to me at Chelsea Flower Show, that’s my core audience I’d say, it’s like a Tom Allen theme park - but this one person said ‘hey! You look much better on the television than you do in real life!’ There’s not much you can say back to that other than ‘thank you?’

If I had to describe Lord Sugar in 3 words it would be… frightening, strict, lovable.

[The Saccone Jolys: In Their Own Words]

The best / worst time I’ve been heckled on stage is… the Chelsea Flower Show one was pretty difficult. I’m lucky really, I get nice people, so they say nice things like ‘I like your tie’. It’s nice, but it’s quite off-putting, it’s probably the worst [way to heckle], you just go ‘oh… thank you’. That’s either in the middle or right at the beginning [of a set]. You can’t be horrible and shout ‘shut up!’

Chelsea Flower Show= so on brand for me. Manchester Garden was my favourite and therefore won. @manchesteratrhs #rhschelsea

The best piece of advice I've ever been given is… never save anything for best. So if you get like a new bit of clothing, a new outfit, don’t go ‘oh I’ll save this for a wedding’, just wear it tomorrow. If you’re me, you probably won’t get invited to weddings.

If I were to quit my job today, the thing I’d miss the most is… the people. I’m very lucky, I like interacting with people, and I like people saying ‘hello’ to me sometimes, and what I like about [working on] You’re Fired! is that it’s interacting with human beings doing their best and I think that’s always a fascinating thing. And while we might gently make fun of them, I think at the foundation of that there’s a respect there, because they’re getting up and doing it.

My motivation to get up & out of bed each morning is… the fear of feeling guilty of letting everyone else down. It’s terrible, isn’t it? Just wanting to let people down, and be late, and I am late all the time though, so don’t be too moved by that… most of the time I am late, and then people are let down. People usually are very polite, and then I feel worse.

The person who inspires me most in my life is…  apart from Lord Sugar, below, I would say… my mum and dad. I am very inspired by them. We all look up to our parents I suppose most of the time, but I think Lord Sugar does this as well, just keeping a grip of where you’re from, where your roots are, and who you are. Parents are always role models of sorts, although they drive me mad. 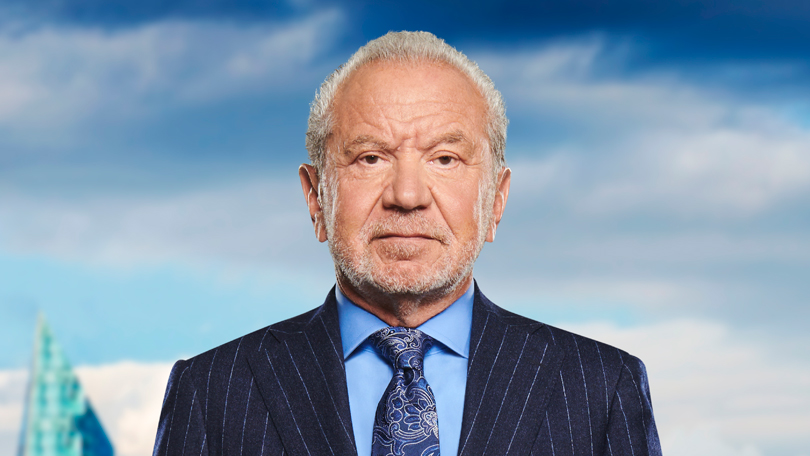 The biggest misconception about fame, or being in the public eye, is…  that you’re any different. I think people think that if you’re in the public eye, you’re different to them, or somehow have a different experience of life. Because although [fame] does sometimes bring its privileges, and some niceties, ultimately we’re all human beings. I think that’s the thing about The Apprentice, it’s that we’re all human beings trying, and I think that’s why people watch the show, so they can go ‘oh that’s people trying there, just like me’ because everyone fancies that they could have a go at it [The Apprentice], don’t they? That’s my experience, anyway!

The Apprentice: You’re Fired! with new host Tom Allen returns to BBC Two on Wednesday, October 2 - straight after The Apprentice on BBC One. Catch up on BBC iPlayer - under Players & Apps on BT TV.

> Got BT TV? How to use catch-up like BBC iPlayer