Ackley Bridge on Channel 4: Meet the cast and characters - who's who?

The school drama is back, featuring an all-star cast and some famous faces you will recognise.

Ackley Bridge is a Yorkshire mill town, home to largely divided white and Asian populations. Like the communities, the school systems have also become segregated. However, as two formerly isolated comprehensives are merged into a brand new academy, Ackley Bridge College, the lives and cultures of each are set to collide.

Lessons are about to be learnt in and out of the classroom, even if education isn’t the first thing on the agenda…

Featuring an all-star cast, here's a quick guide to who's who in the Channel 4 drama which is returning for a third series.

Missy is a survivor. A real product of Ackley Bridge. She keeps her family together, despite the erratic and destructive visits of her troubled mum, Simone.

However, there’s also a rebellious side to Missy. Her toughness and opinionated streak means that she gets herself into trouble - a lot. Her mouth can run away with itself and once she’s said something she’ll never retract it. The boys think Missy is amazing and she knows how to get what she wants when it comes to them. 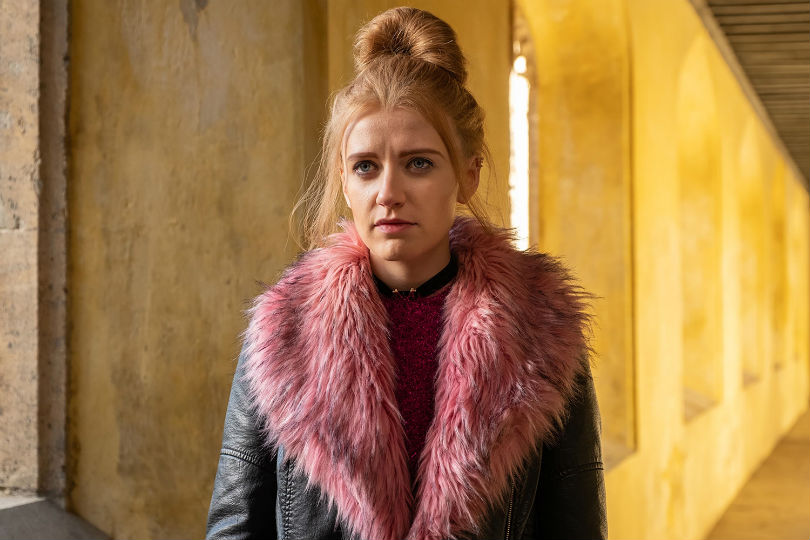 Missy has huge potential. She might not be academic but she is full of street smarts and, given the right opportunities could make a real success of herself despite her circumstances.

There’s a life-changing situation on the horizon for Missy this series, as best mate Nas is interviewing for a place at Oxford University.
Missy goes with her on a road trip which is full of laughs, but the more serious side is that it could tear the pair apart as their lives head in different directions.

[Read more: Who are the new Ackley Bridge cast?]

Poppy Lee Friar (Torvill & Dean) said: “I don’t think she thought anything less than that would be good enough for her super smart friend. However, as time goes by, it dawns on her that she may be left behind which is distressing and sad.

“She has so much potential, but her grades and lack of direction might mean that she will feel trapped in a life she does not want. It frightens her and makes her feel angry towards Nas for her lack of understanding and empathy.

“But ultimately, she is utterly thrilled that Nas is fulfilling her dream.”

Nas is the yin to Missy’s yang and she’s been Missy’s neighbour and best friend for years. While Missy is the smart-mouthed one, Nas is the brains. She’s academic, intelligent and has a questioning mind.

Kaneez’s eldest, Nas is the apple of her mum’s eye and is destined to make something of herself. However, the family have struggled with her sexuality and what it means for their community. 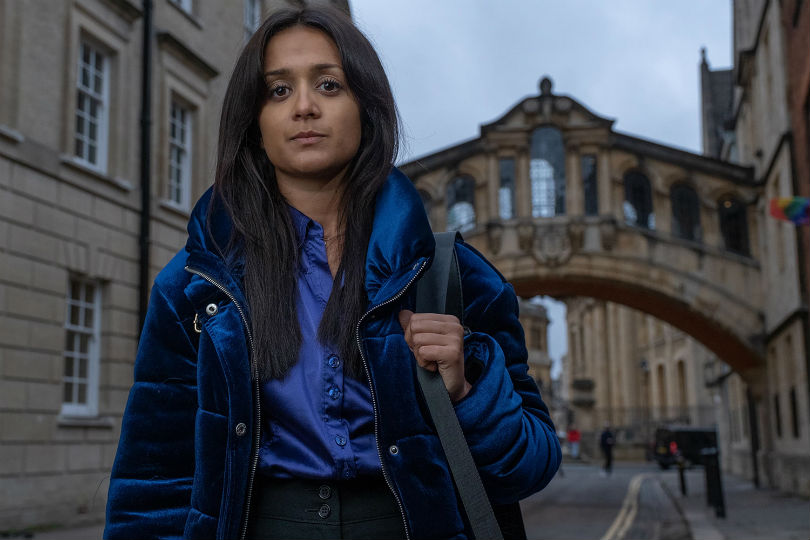 Nas is opinionated and surprisingly well-informed. She can astonish Missy about the things that she knows. She might be from a small town but it doesn’t mean she has to have small thoughts.

Nas has an amazing opportunity within her grasp in series 3 as she’s bagged herself an interview for a place at Oxford to study medicine.

[Read more: Downton Abbey cast - where are they now?]

However, it’ll mean leaving behind her life-long best friend and next-door-neighbour Missy, something that terrifies her way more than exams and moving.

Amy-Leigh said: “Nas has a tendency to over think and worry about everything but Missy always knows what to say to her and bring out the best in her. And Nas knows this.

“I think Nas worries that without her she might not be able to see the positive in things and the potential she has as a person.”

A working class girl made good, Mandy swears by the power of education. It’s made her the woman that she is today. Ambitious Mandy’s been promoted quickly through her career and sometimes is out of her depth. However, she covers her insecurities with gusto. She can be a bulldozer at times.

As term begins for series 3, Mandy has a huge challenge ahead of her with the school being absorbed into a much larger trust.

She has a nightmare new boss to contend with in Ken (George Potts), who lands her with the most unruly pupils from the rest of the trust’s schools.

At least he also brings her his “A-team” of senior management – although Mandy soon realises she’s been missold the teachers, too, as like the pupils they’re the staff no other school could stand.

Heart of gold but tough as old boots, Kaneez is a force of nature. Pakistani born, Kaneez came to Ackley Bridge when she was 16 for marriage, but has raised her family pretty much single-handedly.

Highly intelligent, colourful and fearless, feet first Kaneez is lippy and opinionated and will never shy away from an argument. Actually she quite likes them. Nevertheless, if there’s work to be done she’ll settle any row and roll her sleeves up and get on with things. 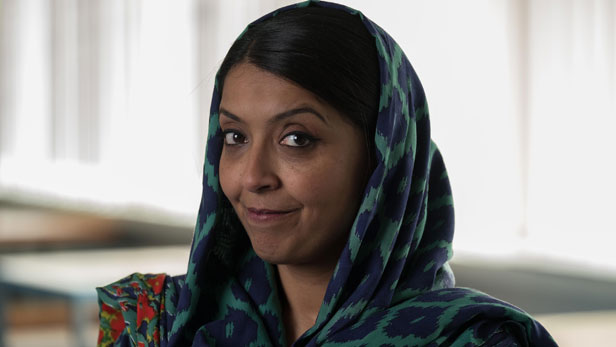 She is an eternal pragmatist making the most of what she’s got and telling other folk to do the same. Kaneez is God fearing but ploughs her own furrow. She’s definitely a woman that you want to have on side.

There’s a new role on the horizon for Kaneez this series, as she’s been given a school support officer role which will bring with it its fair share of headaches.

Proud Kaneez is thrilled that daughter Nas is interviewing for Oxford, but she also has relationship dramas to address when Rashid (Tony Jayawardena) decides to propose.

Mandy has gained a brand-new deputy, but he could be more hindrance than help to her.

New recruit Martin is hot-headed and won’t shy away from a row, which leads him into trouble a lot of the time. 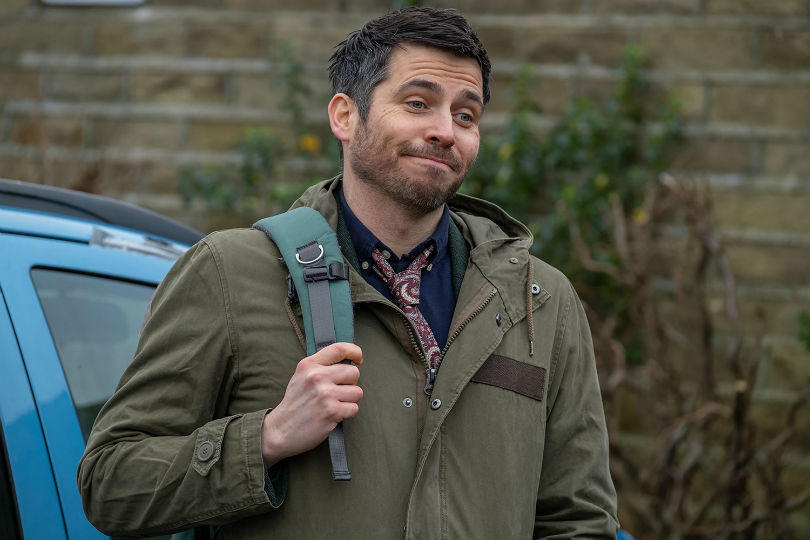 His first stand-off is with Sam Murgatroyd’s mum, who has just been released from prison and has no problems with giving as good as she gets where Martin is concerned.

Robert James-Collier is best known for his starring role as Thomas Barrow in Downton Abbey, and for playing Liam Connor in Coronation Street.

Another prominent new member of management is the incoming director of behaviour, Sue.

However, Sue’s own behaviour leaves much to be desired – she’s shockingly un-PC and rubs up both staff and students the wrong way with her sharp tongue. 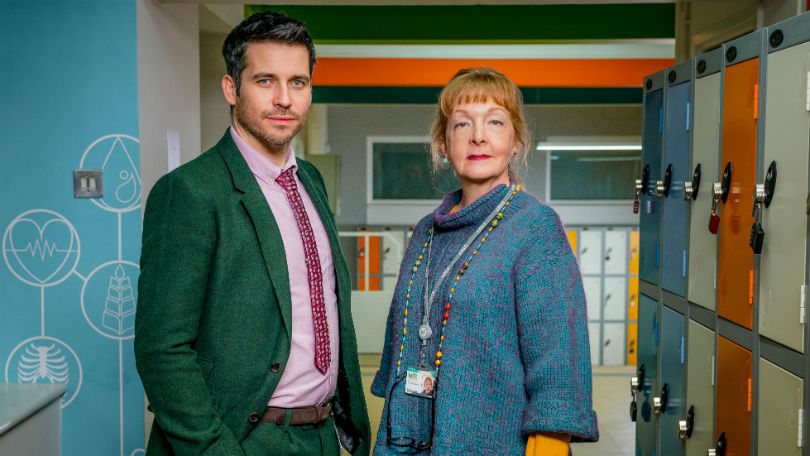 Charlie Hardwick (Emmerdale) who plays her said: “Sue is an experienced food technology teacher who has been imposed on Ackley Bridge as part of a package from the Valley Trust which now runs the school.

“She’s a loose cannon and a professional nightmare - in Sue’s eyes, she’s the jailor in charge of the punishment wing where the students who err get frog-marched.”

Head of a thriving middle-class family, Sadiq is a big name in Ackley Bridge. Local boy made good, Sadiq has grafted for everything he’s got and is proud of what he’s achieved. His factory employs a good swathe of the town and he has high hopes for the community, his reputation and his bank balance.

Sadiq is a consummate negotiator and charmer but with a roguish, amoral edge. He appears to be a pillar of the community but there’s something else about him: he can be a bit of a git. He enjoys women’s company and his wife Farida was willing to turn a blind eye as long as no scandal reached the family home. However, the charade came crashing down in series one when Sadiq's daughter Alya revealed her father's affair with head teacher Mandy in front of the whole school. 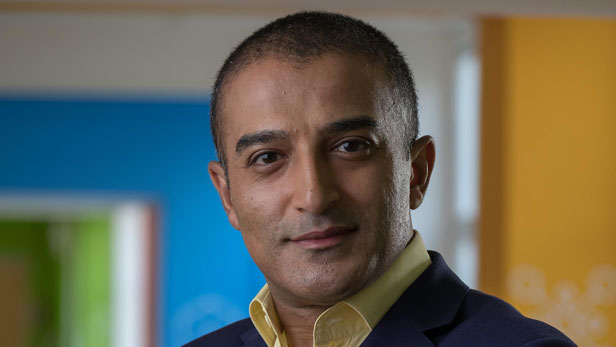 Unfortunately for Sadiq, series 3 isn't looking any quieter as Alya and Riz discover some devastating news about their dad...

Catch up on episodes you've missed on BT TV via the All 4 app.