Amanda Holden swearing and Britain's Got Talent's biggest ever controversies

We take a look at some of the biggest scandals to have hit Britain’s Got Talent in its time on our screens.

Britain’s Got Talent has undoubtedly had its share of controversies, battling complaints from viewers about acts with showbiz experience, arguments about the judges 'fixing' it for their favourite acts and the usual uproar at the lack of material on Amanda Holden's dress.

We take a look back at some of the biggest shockers in the show's history as we look ahead to the new series. 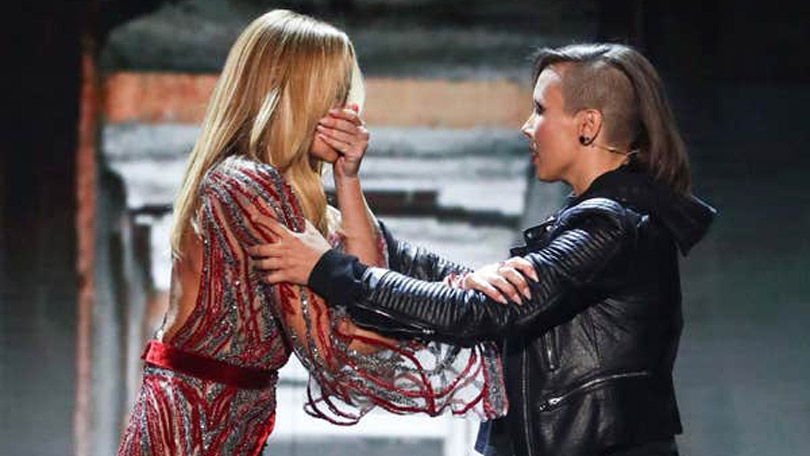 Amanda Holden stunned viewers in the first 2019 live shown when supernatural magic act The Haunting were so terrifying that the TV star screamed an expletive on the family show.

When she was grabbed by a member of the act, the shaken judge screamed "f***", before grabbing her mouth when she realised what she had done.

Speaking after the performance, Holden said: "I just really want to apologise I said a really terrible word. Massive apologies. I can honestly say I feel terrified.

"It’s a terrifying, amazing, thrilling experience – but I wouldn’t want anyone to go through that I really wouldn’t. It was amazing."

On ITV2's Britain's Got More Talent, Holden said that the act - which involved Holden being haunted backstage by the spirits Agatha and Florence - had caused her to have a panic attack.

Did someone mention The Haunting? 😱 I’m off!! @bgt

Ant and Dec had to apologise to viewers following the blunder.

Luckily for Amanda, The Haunting didn't make it through to the grand final, losing out to Police Dave and his dog Finn and Flakefleet Primary School.

2. Matisse and the stunt dog double

Scandal! The cute canine who romped to victory in 2015 didn’t do it alone – he had a stunt double!

Jules O’Dwyer and Matisse wowed us with their performance and took home the title, shortly before it emerged that the pooch had been swapped out for the spectacular tightrope stunt in favour of one of his furry friends.

Broadcasting watchdog Ofcom investigated and ruled that “ITV broke broadcasting rules by misleading viewers during the series finale”, although they confirmed that there wasn’t any intention to deceive viewers.

Happily, it looks as if Matisse is still enjoying the good life despite the backlash.

Jennifer Lopez’s performance on the show hit a bit of a bum note when viewers complained about her skimpy outfit and on-stage writhing.

The curvy star sang her single Live It Up on the programme in 2013, clad in a black bodysuit and thigh high boots, and some watchers complained that it was a bit much for a family show.

J-Lo later said she thought the backlash was unfair because she had worn a typical stage outfit and wasn’t any raunchier than any other pop stars.

“I feel like I’m so tame,” she told Scott Mills’ show on BBC Radio 1. “We wore it at Billboard and Britain’s Got Talent said they wanted exactly the same. So I thought I’d wear the outfit in black. No one complained at Billboard. I think people just like to talk. It was a body suit. A lot of performers wear that these days. It is standard stage clothes. I’m not going to walk down the street like that!”

Simon Cowell had to call the police back in 2011 when an anonymous blogger started rumours about 12-year-old contestant Ronan Parke.

The man claimed the young singer had been groomed for stardom for two years before he was on the show and that he already had a management deal – which both Simon and Ronan denied. 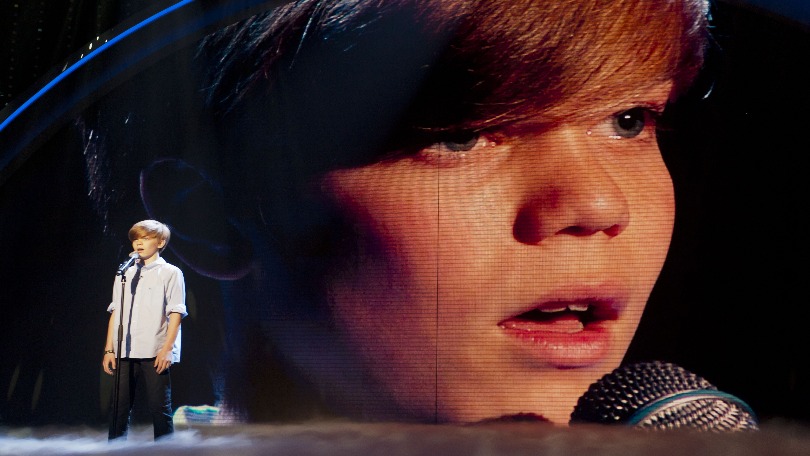 He was eventually cautioned by police and apologised for his actions.

Ronan made it to the final but ended up losing out to singer Jai McDowall.

5. Bruce Forsyth has a pop

Bruce Forsyth caused a bit of a stir when he suggested young children shouldn’t be allowed to compete on Britain’s Got Talent.

He was speaking out over the 2009 semi-final in which 10-year-old Hollie Steel forgot the words to Edelweiss and broke down in tears during the live show. 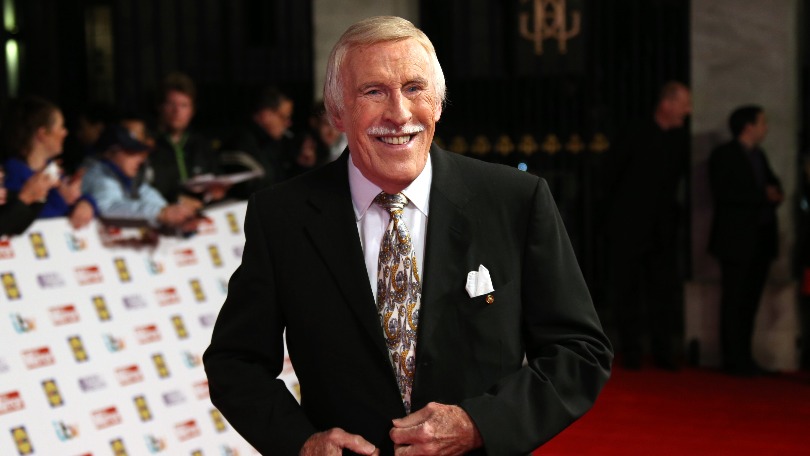 The late Strictly Come Dancing veteran told a Sunday newspaper he thought the TV talent competition was too much of an “ordeal” for little ones and suggested there could be a separate children’s show.

It sparked a war of words with the show’s judges, with Simon Cowell jokingly referring to Brucie as “Mr Grumpy”.

Undeterred, Bruce later wrote in the Daily Mail: “But I really do think he should stop putting young children under the immense and possibly damaging pressure of performing on national television, not just in front of a live audience, but also before four very sharp judges.

“You can see that many of the adult performers find the experience traumatic, so what sort of emotional damage could it be doing to children who, for the most part, are only there because of the ambition of their parents and teachers?”

6. Paddy and Nico’s show-winning past

Salsa-dancing granny Paddy and her dance partner Nico wowed all four judges with their moves when they appeared in 2014.

But the pair faced controversy when it became known that they had previously won a Spanish talent competition called Tu Si Que Vales, which is very similar to BGT.

For a moment it looked as if the tides were turning as viewers realised Paddy wasn’t a dear old granny who had dusted off her dancing shoes for the show, but someone more skilled entirely.

However the duo weathered the storm, and eventually salsa-ed their way into ninth place.

Just like Simon Cowell’s other talent contest the X Factor, BGT draws in auditionees from all over the world.

Of course, the problem is that the programme is called Britain’s Got Talent – so when Hungarian shadow dancers Attraction were crowned winners in 2013 it caused something of a furore.

Simon responded: "I see it as a testament to this country. We want everyone to do well, no matter where they’re from. It's quite flattering that they fly all this way because they see this as the flagship show.”

The show found itself at the centre of a backlash against TV show voting thanks to an app-based cock-up in 2012.

Many loyal viewers had spent £1.49 on an app that was supposed to give them three votes, but the technology failed during the first live semi-final.

Half of the votes didn’t go through and the app was unusable for the rest of the series, with Ofcom eventually ruling that the programme was at fault.

In 2018, Simon Cowell made much fanfare about moving the contest from a TV studio to an actual theatre for the first time.

So far, so good - except when the live semi-finals started broadcasting from Hammersmith Apollo, they fell victim to some terrible weather.

For those of you experiencing technical difficulties. We are sorry for the disruption in the schedule. The #BGT Semi-Final will return shortly!

One of the semi-finals abruptly cut out, staying off air for 10 minutes, which meant that the first act of the show, Cali Swing, didn't get time for a post-performance interview or to hear from the judges.

We're yet to see whether the show will take its chances in a theatre again for this year's finals.

Britain's Got Talent live semi-finals air Monday to Friday this week with the Live Final on Sunday, June 2nd.