Britain’s Got Talent Grand Final 2019: Which acts are through?

Pick your favourite from these acts vying for the winner’s crown.

Britain’s Got Talent’s Grand Final week has arrived, and each evening we’re adding two more names to the line-up for Sunday’s finale.

Whoever is lucky enough to win the contest not only gets a spot on the bill at The Royal Variety Performance, they also pick up £250,000, so the stakes are high.

Each semi-final sees the act with the most public votes go straight to the final, while the judges choose between second and third place for who they’d like to send through – here are the finalists so far.

[Read more: Who is in the Britain's Got Talent semi-finals?]

Has there ever been an act more quintessentially Britain’s Got Talent than Dave and Finn?

Police officer Dave has been working closely with service dog Finn for years, but the strength of their relationship was really put to the test when during a shift someone tried to stab Dave, and his faithful friend jumped in front of him to save him. 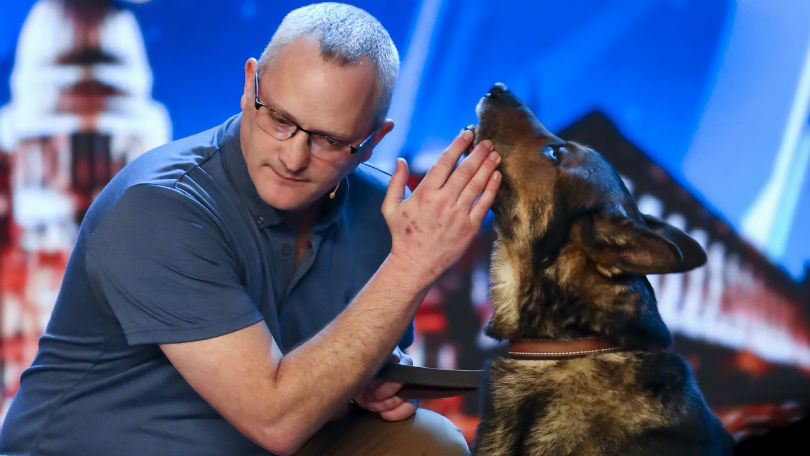 Finn was gravely ill but pulled through with a skilled team of vets and the love of Dave – and now they perform their very own magic act for adoring audiences.

The pair were the first act to get through to the Grand Final when they won the public vote in Monday evening’s semi-final.

[Read more: Where are Britain's Got Talent's live shows filmed?]

Another absolute favourite for 2019 is Flakefleet Primary School, a huge group of performers ranging from just five years old up to headteacher Dave McPartlin.

The school were David Walliams’ Golden Buzzer pick after their first audition brought him to tears with its positive, cheery atmosphere.

Flakefleet’s young performers have been a hit with audiences for their colourful costumes, energetic routines, and sense of fun, all inspired by their dedicated teacher who dances alongside them.

They were the second act to make the Grand Final as the judges chose them ahead of spooky magic act The Haunting to take second place on Monday night.

[Britain's Got Talent: Which semi-final acts are on when?]

Another magic act has joined the ranks of the Grand Finalists, again with a bit of a twist on the genre.

4MG is a teen group of four magicians who combine skilled tricks with the sort of stage presence that has young fans voting for them in droves.

In Tuesday's semi-final, they were the first act to go through after winning the public vote and coming first in their heat.

How will they stand up against other similar acts in Sunday night's finale?

Comedy singer Siobhan showcased an act reminiscent of Victoria Wood with her funny songs and clever lyrics about life as the 40-something mum of a young child.

Judges Amanda Holden and Alesha Dixon particularly loved her performance, and although she glammed up her act for the semi-final, all of the wit and charm of her music was still there.

Siobhan was the fourth act put through to the Grand Final when the judges chose her over stunt magician Matt Stirling in Tuesday night's semi-final.

He's one of the most popular contestants with both the audience and judges, and David Walliams has even predicted that he will win the whole series.

Chelsea Pensioner Colin melted hearts with his story about auditioning in memory of his wife who passed away a couple of years earlier, and who he used to love to sing with.

In the semi-final, he pulled out all the stops by bringing along a troupe of Chelsea Pensioners as his backing singers and the whole venue were on their feet singing along with the 89-year-old.

Colin won the public vote in Wednesday's semi-final, sending him straight through to the Grand Final.

Simon Cowell backed comedian Kojo with his Golden Buzzer vote, and it seems he was right on the money as he's now through to Sunday's final.

Kojo has been working the comedy circuit for years, mentoring some big name stars, but he's finally taking a slice of fame for himself with the encouragement of his family. 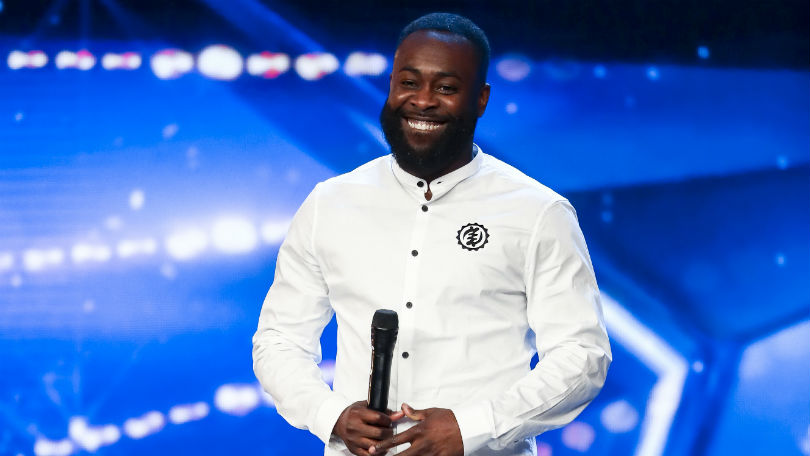 He had the audience in stitches at his semi-final, who particularly love his jokes about his dad, and was voted through by the judges ahead of comedy magician John Archer.

The "Victorian magician" put his own spin on this year's oversubscribed magic genre with an old-school act.

His traditional tactics and tricks were every bit as impressive as the more modern stunts we've seen and also brought an air of spookiness to the performance.

We were all obviously spellbound, as Ben steamed straight through to the Grand Final after winning Thursday night's public vote.

There aren't too many singers through to the 2019 final, but Mark McMullan managed to buck the trend with his beautiful voice.

When Mark made it into the top three, the judges found it impossible to turn him away and they chose him ahead of comedy magician Graeme Mathews to join the final line-up.

The mysterious magician proved you don't need to plead with the audience for votes, as in fact they don't speak at all.

X played on the close bond between Ant and Dec once more to show a psychic connection and presented some of the strongest magic tricks we've seen in a crowded genre.

The magic spoke for itself, as the public voted X though to the Grand Final in Friday's last semi-final.

Stunt trickster Jonathan Goodwin had the judges almost too afraid to watch his semi-final performance.

In his audition, he managed to escape from a burning jacket while hanging upside down, so what could possibly be more dangerous?

Well, this time he revealed he would be playing blind chicken with crossbows - but he lived to tell the tale, and to see the judges pick him over young dancers Libby and Charlie to complete the Grand Final line-up.

They may have missed out in Friday's semi-final to Jonathan Goodwin, but dancers Libby and Charlie were never off the bill for long.

Best pals Libby and Charlie are the judges' wildcard this year and are thrilled to be back with a new routine.

The high-energy pair may only be children, but they're already polished performers who seem to have a glittering career on the stage ahead of them.

The nation fell in love with Chelsea Pensioner Colin Thackery, so there was little doubt he would be the series winner.

Proving age is just a number, Colin managed to hone his vocal talents and put on some seriously impressive performances with the help of his Royal Hospital friends.

In the end, the vote came down to Colin and magician X, who was excitingly revealed as last year's Golden Buzzer pick Marc Spelmann at the end of his act.

But even X's magical powers were no match for the elderly singer, who stormed to victory with the public behind him.

Colin is now £250,000 richer and will be singing for the Queen at The Royal Variety Performance later this year.

Britain’s Got Talent’s live semi-finals continue each week night at 7.30pm on ITV, with the Grand Final on Sunday, June 2.