Call the Midwife Christmas special: What time is it on? Who is in the cast? Everything you need to know

The festive favourite is back to give you the perfect Christmas.

Doctor Who may not be gracing us with its presence on Christmas Day this year, but at least we’ve got our regular appointment with Call the Midwife to look forward to.

The period drama will be back again for a festive special, and this time it’s embracing the cold and snow of the season.

[Read more: What do the Call the Midwife cast look like off screen?]

Here’s all you need to know about the forthcoming Christmas episode on BBC One.

When is Call the Midwife Christmas special on TV?

Reserve your spot on the sofa over the Christmas holidays – Call the Midwife's 2018 Christmas Special airs on BBC One on Christmas Day at 7.45pm.

It is an extended 90 minute episode. 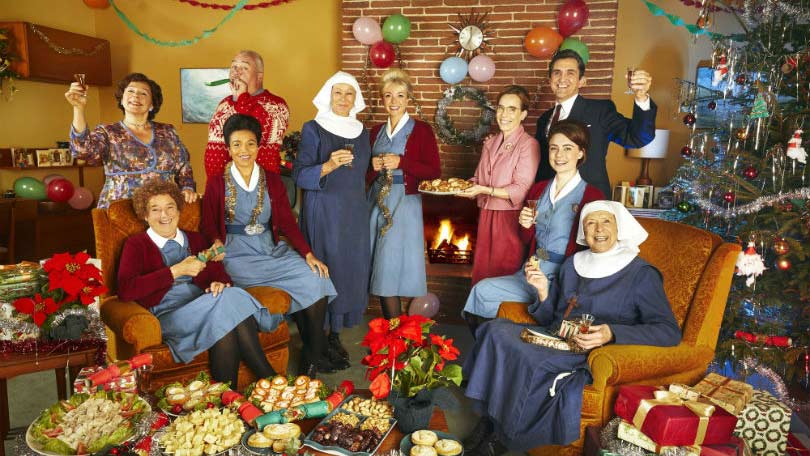 We’ll see the return of many of our favourites, including Jenny Agutter as Sister Julienne, Jennifer Kirby as Nurse Valerie, Laura Main as Shelagh Turner, and Stephen McGann as Doctor Patrick Turner.

Helen George is back again as Trixie and will be joined by new recruits Fenella Woolgar as Sister Hilda and Ella Bruccoleri as Sister Frances.

The big Christmas signing for the festive special is Harry Potter star Miriam Margolyes, who will be playing the visiting Sister Mildred.

Behind the scenes on the Christmas special

What happens in the episode?

The nuns of Nonnatus House are gearing up for Christmas, but there’s more than just the present list to fret about.

With the Mother House in need of a new mother superior, Sister Julienne is the obvious choice – but will she be able to tear herself away from life in Poplar?

As they prepare for their visit, new character Sister Mildred arrives with four Chinese orphans who she is planning on taking to the children’s home at the Mother House.

Her mission brings the plight of the children at the home to the nuns’ attention, and two new Sisters Hilda and Frances decide to cheer up their Christmas with a nativity play.

Meanwhile, Trixie has returned from Portofino with her troubles behind her and Valerie has been put in charge of the baby ballet Christmas performance.

When will it return for series eight? 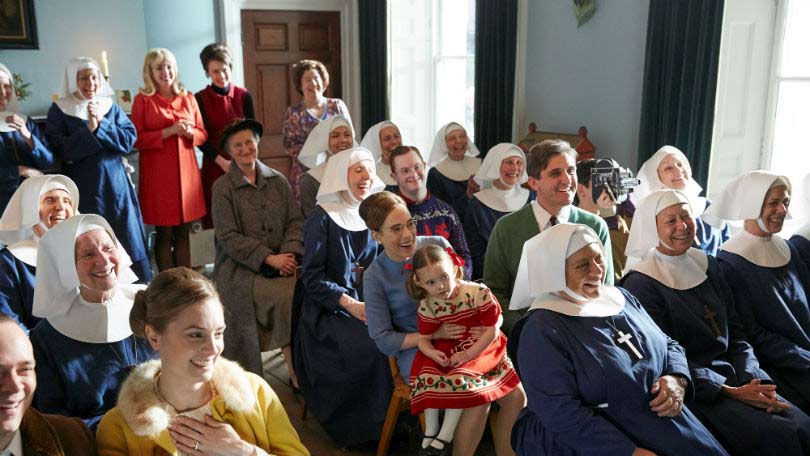 As exciting as the Christmas special sounds, the really great news is set to come with series eight.

BBC One will launch straight into a new run of episodes in the New Year, with eight instalments for series eight all ready to air.
The nuns have now reached 1964 and excitement is building for the arrival of a Royal baby.

[Read more: Everything you need to know about Call the Midwife series 8]

New Sisters at Nonnatus House and the return of Trixie mean that it’s back to a busy, packed house.

But Sister Monica Joan’s dementia will take a turn for the worse when she struggles to deal with the recently-arrived and update midwifery bags.

Call the Midwife Christmas special airs on Christmas Day at 7.45pm on BBC One.