Call the Midwife series 8: When is it back? Who is in the cast? All you need to know

Cosy Sunday evening TV is heading back to BBC One with the return of the midwives.

Winter may mean dark and cold nights, but it also means curling up on the sofa for a brand new series of Call the Midwife.

The Sunday evening favourite has been confirmed for an eighth series, and as the nights start drawing in, we’re on countdown for our annual catch-up with Nonnatus House.

Here’s all you need to know about the forthcoming series eight.

When is Call the Midwife series 8 on TV?

Series eight of Call the Midwife began filming in May 2018 for eight new episodes of the drama about a group of midwives in the 60s.

The series returns on Sunday, January 13th at 8pm.

What happens in the new series?

It goes without saying that each episode will see plenty of new arrivals in Poplar, East London, as the nuns and midwives help a new generation into the world.

But as ever, there’s plenty going on outside of the delivery room for the programme’s characters.

We visit Nonnatus House again in the spring of 1964, when excitement is building for the arrival of a new Royal baby, who would be Prince Edward. Looking forward to the happy news, Violet is holding a teddy bears’ picnic where she’s hoping to raise money through a competition predicting whether the Queen will give birth to a boy or a girl.

It’s all change for the midwives once more, as two new Sisters have been sent to live and work with the team, making Nonnatus House feel full once more.

Things are set to get tougher for Sister Monica Joan, whose dementia is affected even further by the introduction of new midwifery bags and she ends up going missing from the house.

Elsewhere, Nurse Crane is preparing for a delivery of twins, but is confident that her team can handle any birth smoothly.

Series creator Heidi Thomas said: “It is an immense privilege to be starting work on series eight of Call The Midwife, and we can't wait to share the events of 1964 with our loyal and passionate audience. People often ask me how we can keep coming back year after year, but the answer is simple - we never run out of stories, and we never run out of love.”

How do you cope with the expectations of Call The Midwife’s very dedicated fans?

We have the best, most loving, most loyal fans you can imagine, and they deserve the very best show we can give them. My motto is

“Good enough is NOT good enough” and every year we try to make the new series better and more beautiful than any before. Our fans are worth that.

Is it an advantage that with every series the setting of the show moves on a year?

Yes. Our core values of passion and compassion never change, but the fact that time moves forward keeps the drama feeling fresh. It’s not just the shorter skirts and the taller hairstyles, it’s the wider horizons and the bigger dreams.

I also love creating new characters - if we had still exactly the same line-up as we had in series one things would be feeling very stale. But every new face that comes through the doors of Nonnatus House brings a blast of excitement and energy. Also, over time, our relationships with those we’ve loved for years - like Trixie, Sister Julienne, and the Turners - have deepened and become more complex. Time is in every sense our friend.

Do you ever worry that you will simply run out of stories?

No. I’ve never, ever run out of stories, and I don’t believe I ever will. I do all my own research before I start writing each series, going through medical archives, old newspapers, and even Hansard, which records debates in Parliament. The drier the document, the more I find in it to spark my imagination. Although I’m not averse to using stories strangers have told me on public transport. I must have a kind face because you wouldn’t believe what I’ve been told on trains. I once got a whole episode out of something somebody told me in the queue in Boots. I don’t know if the lady watches Call The Midwife, but I made sure a lovely actress played her.

What is the main thrust of the series this year?

Series eight is about challenge, change, and choice. Our regular characters continue to develop and grow, both personally and professionally. The world is full of opening doors and bright horizons - but there is danger in the shadows. In episode one, the midwives of Nonnatus House are brought face to face with the horror of backstreet abortion. The trauma soon seems to be over, but the echoes remain, and a mystery unfolds across the body of the series, leading to heartbreak.

The series itself is full of hope and optimism, but underneath it all pulses a dread that tormented too many women at that time. It’s an emotional story, but it is also full of anger, and tenderness, and a thirst for change.

What other new developments can we expect in series eight, which is set in 1964?

1964 was the year that the Greater London Council came into being. We see Violet in particular becoming more involved in local politics, but Dr Turner and Shelagh also seize the opportunities that increased funding brings their way. They have the ability to launch new clinics and new initiatives, and become involved in testing the brand new measles vaccine.

The increased workload at the surgery means they have to hire a new receptionist, the steely but sweet Miss Higgins. I named the character after the first teacher I ever had, at my village school in Yorkshire. To my astonishment, on the first day of filming Georgie Glen, who plays her, came out of Wardrobe dressed exactly like the real Miss Higgins, in a green tweed suit and little pancake hat! It gave me goose bumps, it was so magical.

Away from the surgery, the Turner family continues to grow up and expand, and there is also the chance of romance for both Lucille and Nurse Crane. Nurse Crane would probably describe it as “the threat of romance”, but you will have to see how things unfold!

What other new elements will we be seeing in this series?

Trixie comes back from Portofino with a monochrome capsule wardrobe from the best couturier in Paris, and promptly ditches it all in favour of psychedelic floral prints. She then throws herself into the pursuit of medical excellence - we see her constantly extending her knowledge. For example, she undergoes training so that she can give some of the first cervical smear tests in London. And that, for me, sums up the way our feminist ethos plays out this year: You think this is what women are all about? Think again. Look below the surface. See what they really achieve.

Do you hope that people might learn something from watching Call The Midwife?

It’s springtime, and with extra help needed in Poplar Mother Mildred decides to send Sister Frances and Sister Hilda to Nonnatus House, where they will live and work.

Everyone is excited for the impending arrival of the Queen’s baby. Violet is holding a Teddy Bears’ Picnic and raising funds through a sweepstake on whether the Queen will have a boy or a girl. The midwives are introduced to their new midwifery bags but Sister Monica Joan is distressed when she sees Fred burning the old leather ones.

Lucille is caring for heavily pregnant Lesley White, whose sister Cath, an aspiring model, has been feeling extremely unwell. Back at the maternity home, Shelagh has to step in to help Trixie with a birth that takes a surprise turn.\ 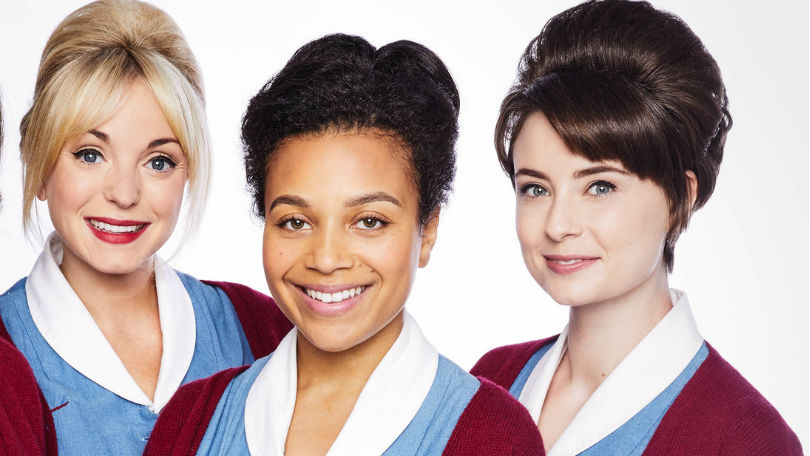 Series eight welcomes three new regular cast members in the form of the two new Sisters, and a receptionist for the surgery.

We’ll also be welcoming back the following cast members:

What happened in the Christmas special? 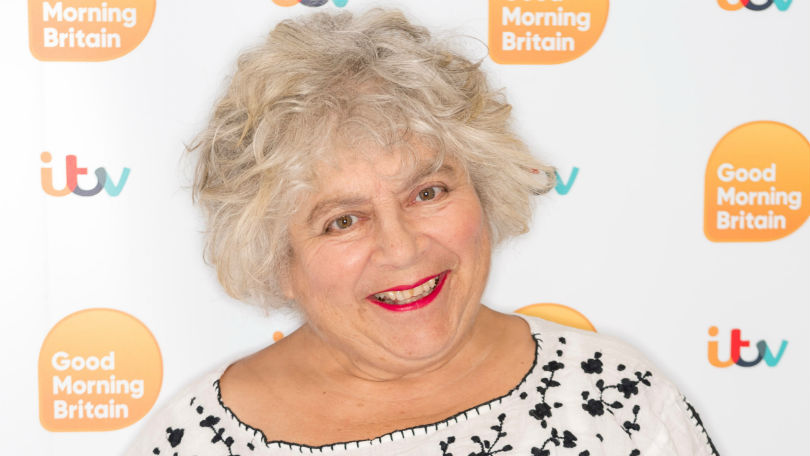 The festive episode featured a huge star as Miriam Margolyes (Harry Potter, The Age of Innocence) joining the cast playing Sister Mildred, a forthright member of the Order who arrives at Nonnatus House with some unexpected visitors.

She brought with her four orphans who fled China and were abandoned in Hong Kong, now being adopted in the UK as part of the World Refugee Project.

We also saw Helen George return as Trixie to cover for the Sisters as they left on urgent business at the Mother House.

It turned out that the Order’s Mother Superior had been taken ill and a new leader needed to be elected – and Sister Julienne was horrified to learn that she was the top choice for the job.

Call the Midwife airs on Sundays at 8pm on BBC One.