Casualty: Meet the cast and characters of the BBC medical drama

Casualty has been raising the nation’s pulses for the last 32 years with the most eventful A&E department on TV.

During its time on our screens, the drama series has been a starting point for some of the biggest names in acting – but who is currently starring in the cast?

[Read more: All the latest Strictly news and results]

Take a look at our guide to who’s currently on rota at Holby City Hospital. 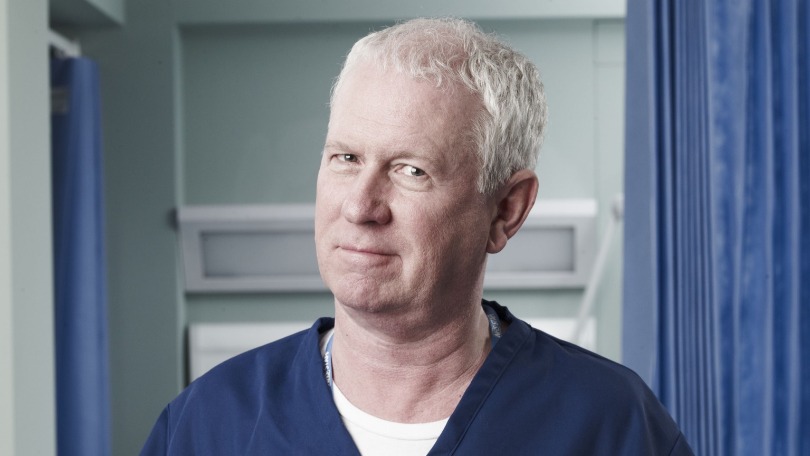 Emergency nurse practitioner Charlie Fairhead is the longest running character in the show, having started on Casualty in its very first episode.

His storylines have seen him lose the mother of his child in a car crash, have to stop his drug addict son selling a kidney in Romania, and narrowly avoiding a cardiac arrest during a gang siege at the hospital.

Recently released BBC pay figures showed that Derek’s loyalty to Casualty has paid off, as he earns the highest amount of any drama star for the broadcaster. 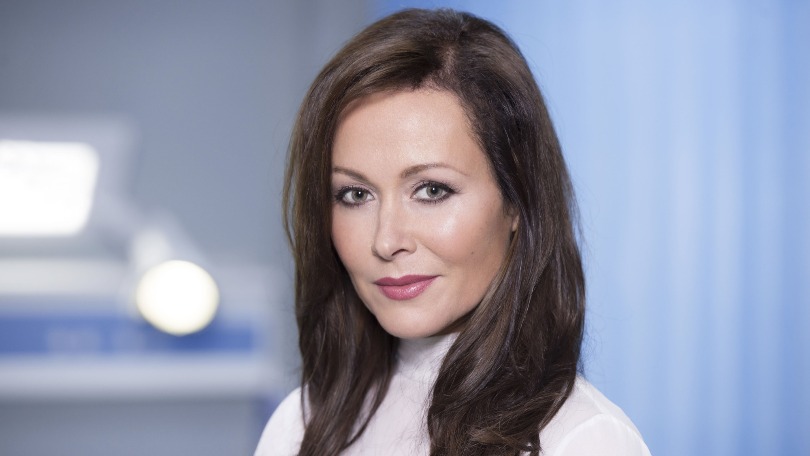 As the consultant and clinical lead in emergency medicine, Connie Beauchamp has the weight of the department on her shoulders.

She is driven to provide the best service she can to patients as she watched her own father die on a trolley in an emergency department, but her hard work can come at a price as it’s affected her relationship with her daughter.

Amanda originally spent six years in Casualty’s sister show Holby City as Connie, and took a four-year break from the medical drama world before returning to her character in Casualty instead. 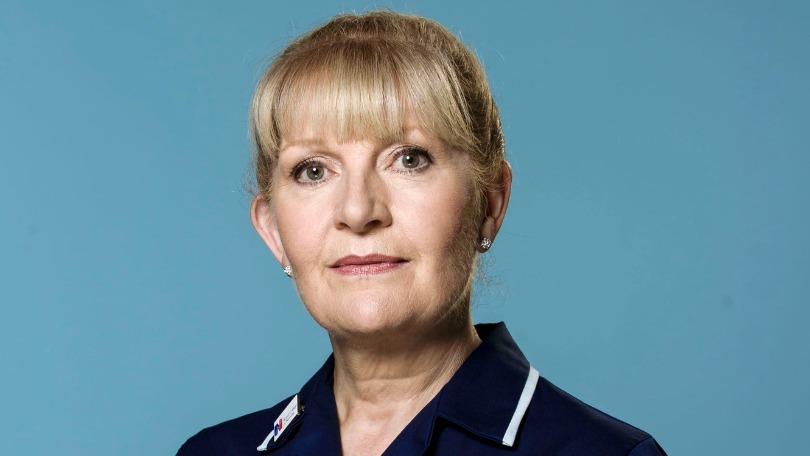 33 years after she first set foot in Holby City’s A&E department, Nurse Duffy has handed her notice in.

Cathy Shipton, who plays her, made her debut in 1986 and the character has come and gone from the show since then, but now Cathy has announced that she plans to leave the role permanently.

Cathy said: "Walking in Duffy's shoes through the years has taught me so much for which I'll be forever grateful. I’m honoured and humbled to have played this inspiring woman. With sadness, but a sense of completion, l say goodbye."

Duffy is still on our screens for a little while yet, but is expected to work her last shift in early 2020. 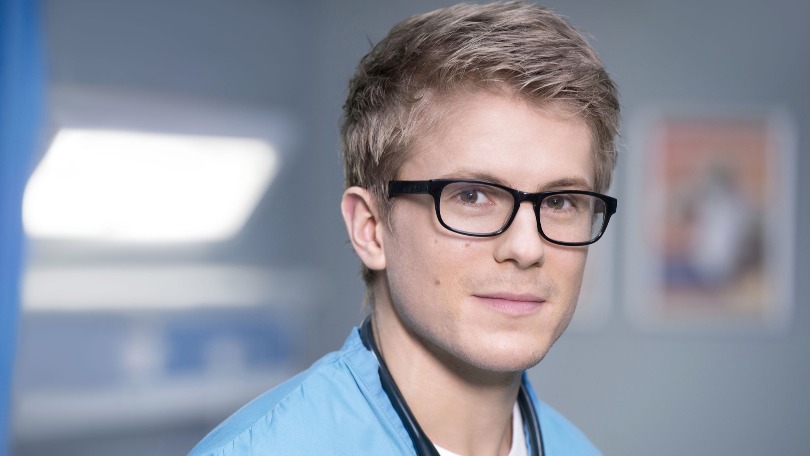 Cheery, charming specialist registrar Ethan Hardy wins over his patients and colleagues, but doesn’t find it so easy to impress women – unlike his brother Cal, who brought out old sibling rivalries when he also arrived at the hospital.

The brothers worked alongside each other for a few years, but Ethan tragically lost Cal when a disgruntled son of a former patient of Ethan’s stabbed Cal to death.

George has also appeared in Doctors, Waking the Dead, and Call the Midwife. 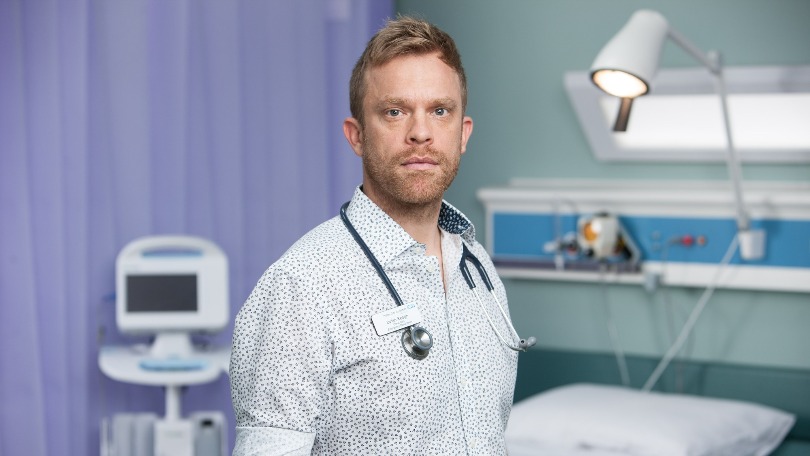 The department’s consultant Dylan Keogh is brilliant at his job, but awkward and tactless. He loves a medical mystery and thrives on the more unusual cases.

Dylan used to be married to Sam Nicholls, but the couple are now divorced and he lives on a house boat with his beloved dog.

Viewers may also have seen William in The Great Fire, Vital Signs, and Red Cap. 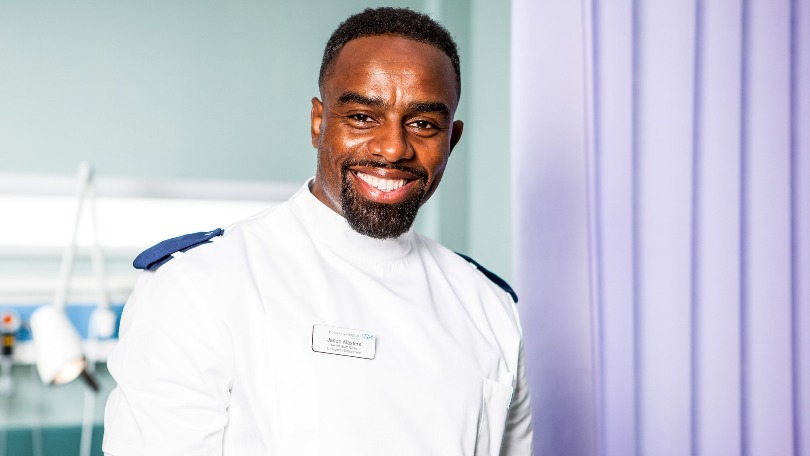 Clinical nurse manager Jacob Masters can be hot headed and impulsive, but he’s also a charmer with everyone who crosses his path.

He manages to get patients to open up to him in a way they wouldn’t with anyone else, and although some of his tactics may be underhand, he uses them to try to save people’s lives. 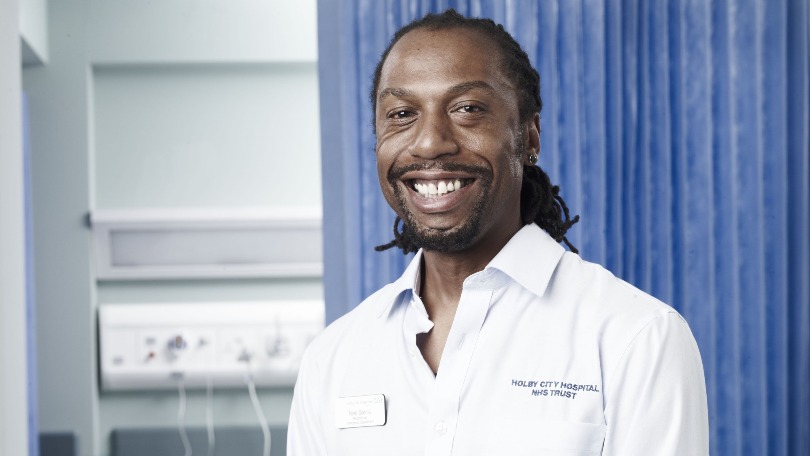 The department’s receptionist Noel Garcia is very proud of his job, although he’s not always the most organised when it comes to keeping track of files.

He is always positive and optimistic despite having suffered some terrible luck in life, and was delighted to get to know his long-lost daughter Honey when she arrived in Holby.

Tony will also be familiar to viewers as one of the stars of hit period police drama Life on Mars, playing Railway Arms landlord Nelson. 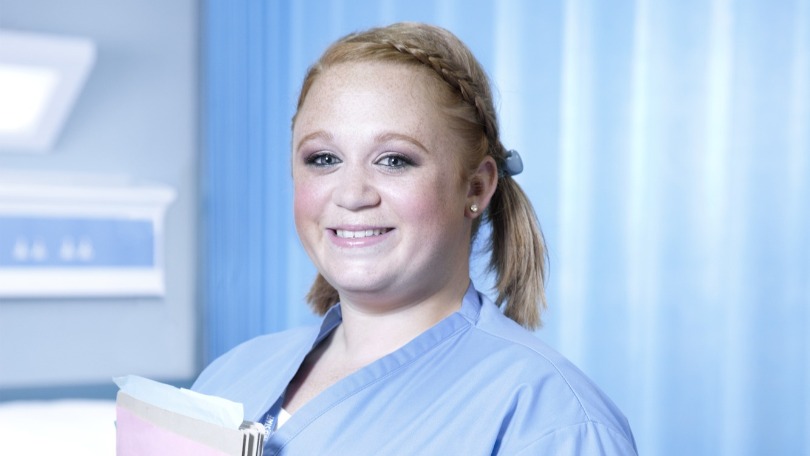 Nurse Robyn Miller is one of the most caring people in the department and a natural at what she does.

However, as far as the academic side of her role goes, Robyn lacks a bit of confidence and is easily intimidated by her superiors.

Robyn suffered heartbreak when she began a relationship with a man who turned out to have terminal cancer and who died on their wedding day. 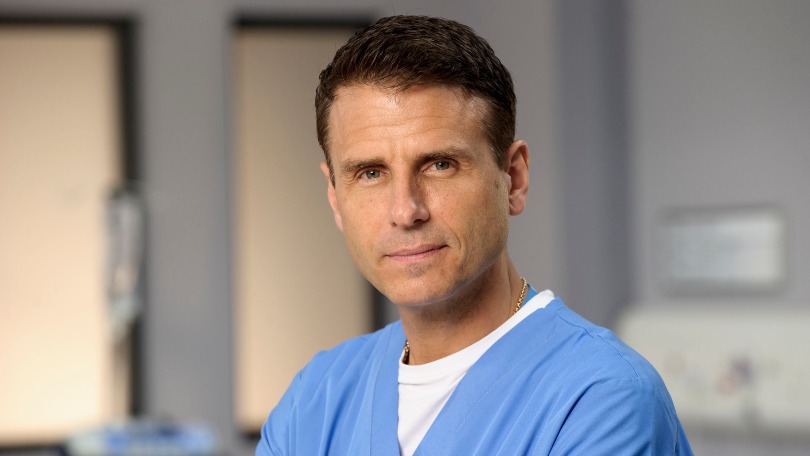 Quiet, thoughtful nurse David is a bit of a mystery to his colleagues – he rarely speaks, but is great at his job.

David had a bit of unexplained time off and now the other staff are determined to bring him out of his shell, but he could be hiding all manner of mysteries.

Jason is best known for his long-running role in Heartbeat, where he played Pc Mike Bradley. 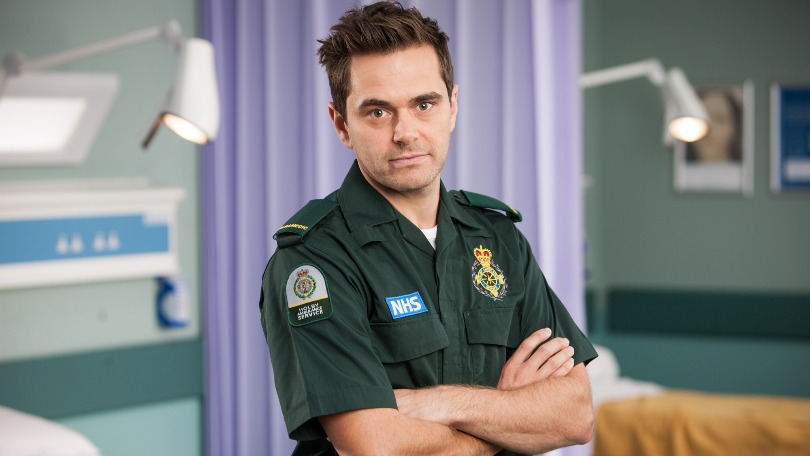 Paramedic Iain Dean is an ex-corporal who’s still not healed from the mental wounds of seeing his platoon blown up in Afghanistan by someone that he knew well.

He’s quick to jump into any dangerous situation, but is short tempered which often affects his judgment. 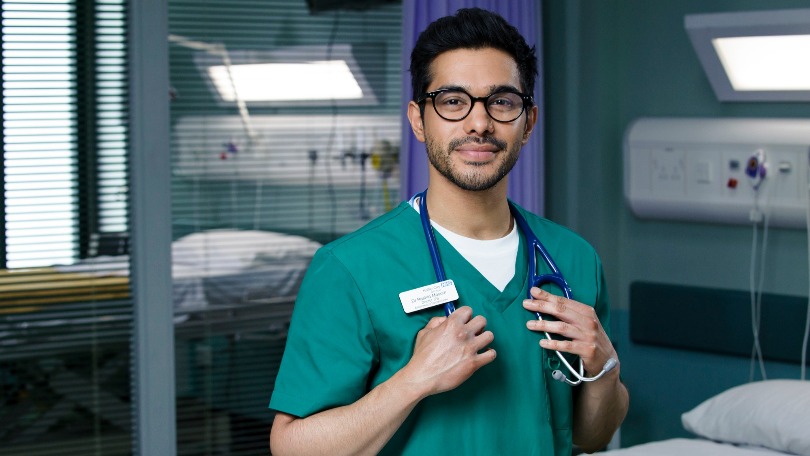 Doctor Masum is an eternal optimist, but uses his cheeky chappy nature to hide his anxiety, which he sometimes struggles to get control of in stressful situations.

He has a drive to succeed just like his siblings all have in their professions, but Rash still lives at home and will always be a bit of a mummy’s boy.

Neet has also starred in TV series No Offence and Line of Duty. 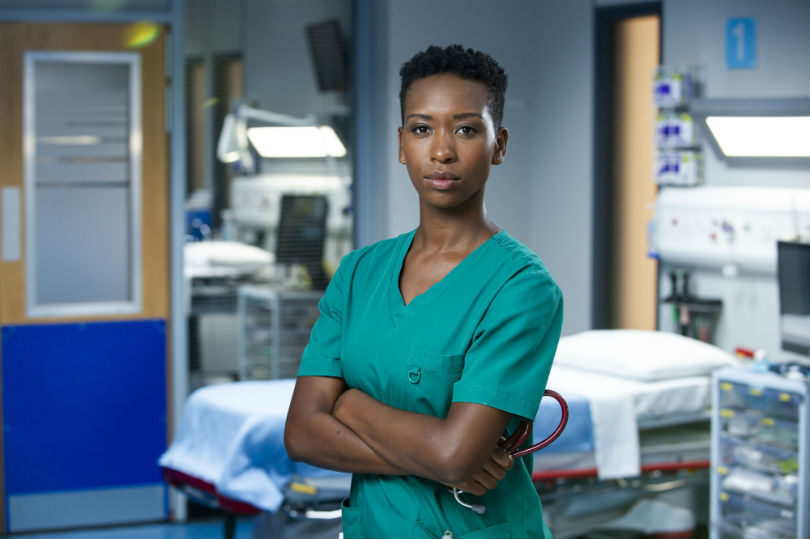 Registrar Archie is a brilliant doctor, but is her own worst enemy in having to give her honest opinion all the time.

She’ll stand up for anything she sees as an injustice, often to the detriment of her own career, but she’ll always be there for her patients.

Genesis has also appeared in the series 4 O’Clock Club. 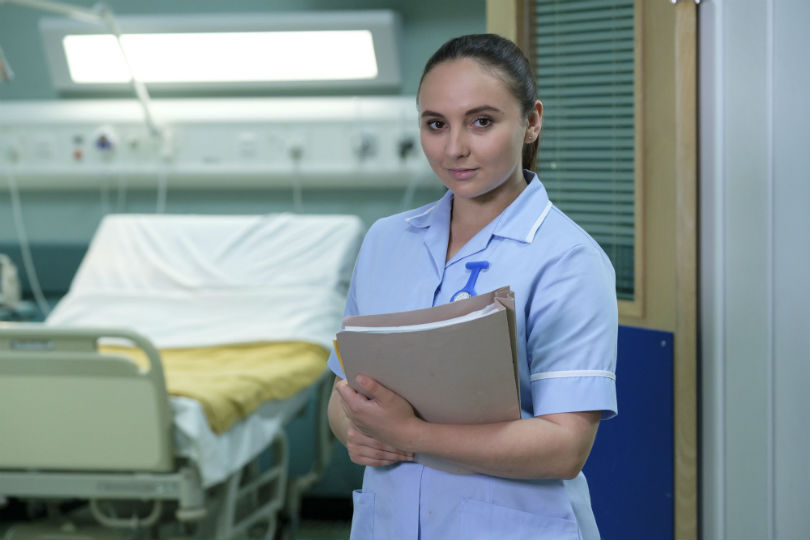 Staff nurse Jade had a tough start in life, in and out of care homes for most of her childhood, but she managed to make her way to university and into her dream career.

Although she’s known for cutting corners, Jade is incredibly competent at her job. But when it comes to letting anyone else get close to her, things are a little more difficult.

The mother hen of the ambulance service, Jan has worked in the NHS for longer than she cares to remember and isn’t shocked by anything that comes through the doors.

[Read more: All the latest cast changes at Emmerdale]

She’s known for her no-nonsense attitude, but once someone has proved themselves to Jan, she’s incredibly loyal to them.

Di’s previous best-known role was as Aunty Brenda in Stella. 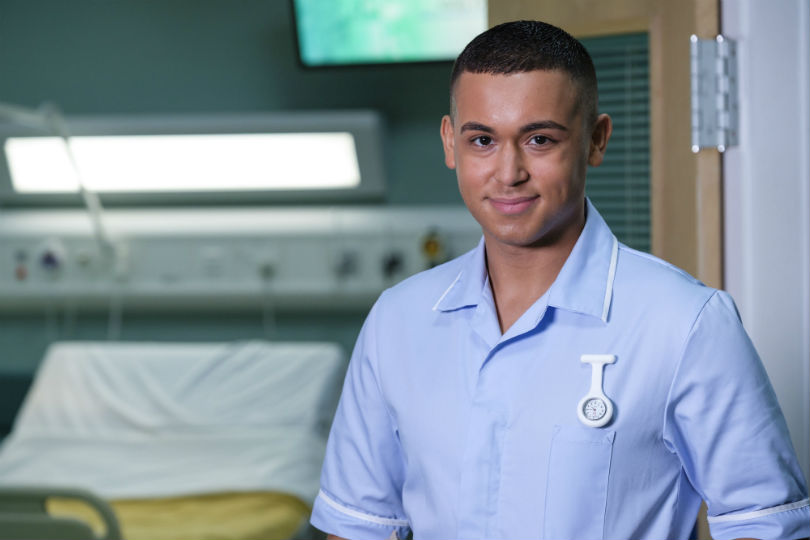 Marty has always dreamed of being a nurse, so he thinks he’s struck gold with his job at Holby City.

However, his personal life isn’t quite so successful – he falls in love with a new man on a regular basis and is always getting his heart broken.

Viewers will know Shaheen from his EastEnders role as Shakil Kazemi. 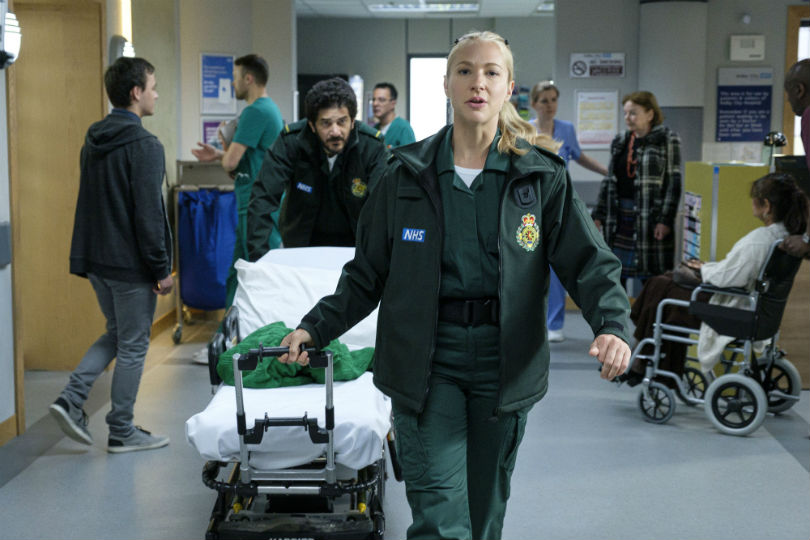 Paramedic Ruby is a perfectionist, which can be a great thing in her job but can make life difficult for her on the personal side.

She’s a difficult character to get close to, is very socially anxious, and lacks confidence despite her intelligence and brilliant memory.

Maddy is also an ex-EastEnder, best known for having played Nancy Carter, Mick and Linda’s daughter. 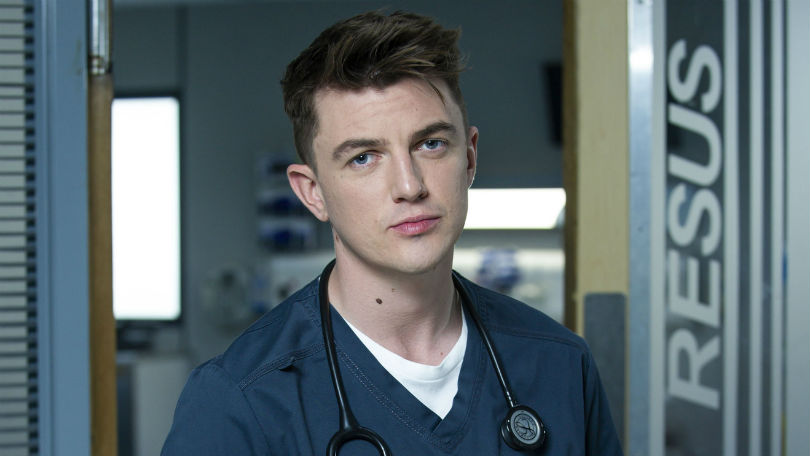 Consultant Will got into medicine for one reason – it makes him sound impressive.

Despite his less-than-noble reasons for entering the A&E, he’s good at his job, charming, and a hit with his paediatric patients.

Casualty continues on Saturdays on BBC One.