Celebrity MasterChef: Who are the famous contestants for the 2019 series?

Meet the keen well-known amateur cooks hoping to prove their hidden talents in the celebrity version of the competition.

Of all the celebrity contests on TV, MasterChef is the one that often throws up the most surprising results.

Actress Lisa Faulkner ended up with a brand new career as a cook after winning, Sophie Thompson’s creations could have stood up to any of the main series' contestants, and Adrian Edmondson proved his dishes were nothing to be laughed at.

Find out who’s in the running to rise or fall to the challenge when it airs later this year.

[Read more: All you need to know about Celebrity MasterChef 2019]

When is Celebrity MasterChef on TV? 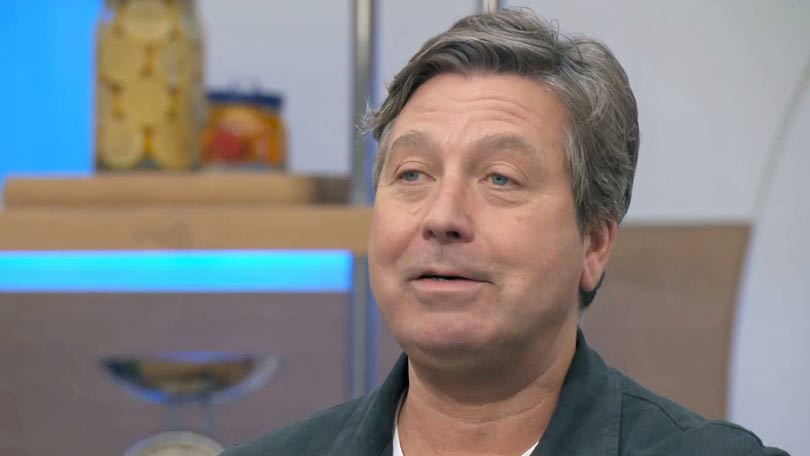 Celebrity MasterChef returned to our screens on Monday, September 2 at 9pm on BBC One.

What time is Celebrity MasterChef on?

Celebrity MasterChef airs Mondays, Wednesdays and Fridays during the heats.

It airs at 9pm on Monday and Fridays and at 8pm on Wednesdays.

One contestant is axed in the Monday show and two more are eliminated on Friday.

[Read more: Where are the MasterChef winners now?] 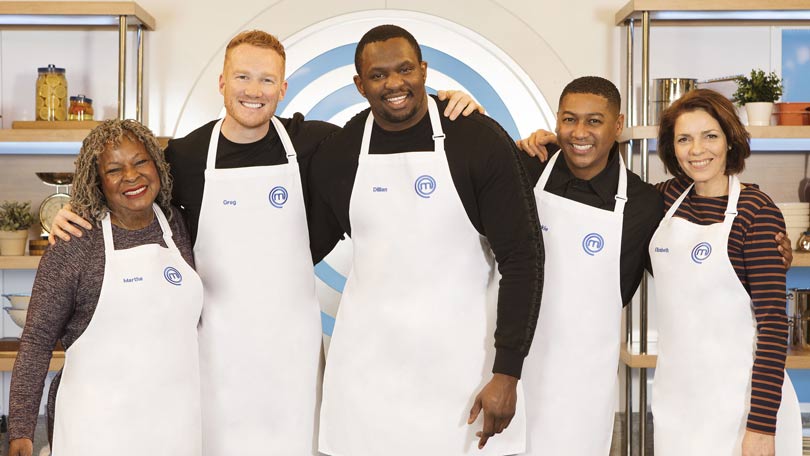 The first challenge for the five hopefuls is an Invention Test.  The contestants are all given a mincer and a burger press and challenged to create their own unique burger and fries. 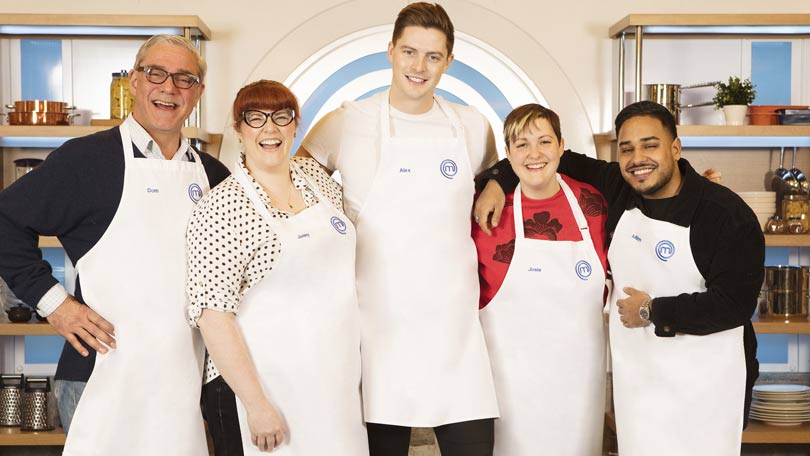 They first tackled an invention test, before spliting into two groups to take on the challenge of cooking for the first time in a restaurant kitchen, preparing dishes for paying customers. In the final task they prepared a dish of their own design in just one hour.

Mim Shaikh was the first celebrity eliminated from the heat. Dom Parker and Jenny Ryan triumphed on Friday's show and were voted through to the next stage of the competition. 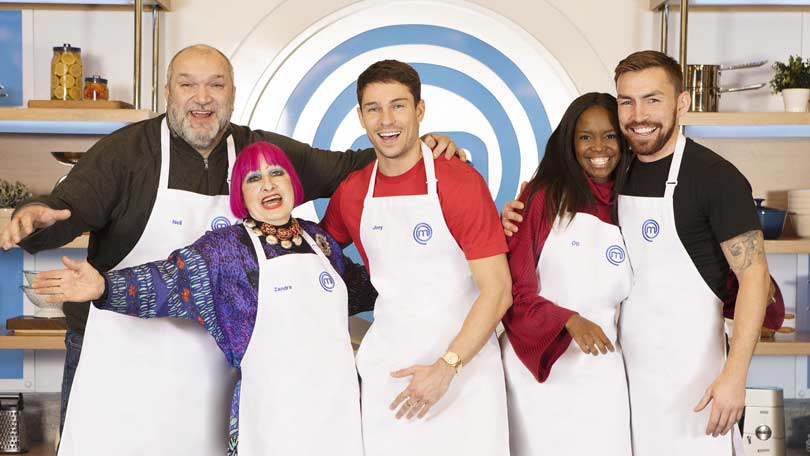 Who were the celebrities?

Zandra Rhodes, Neil Ruddock, Joey Essex, Oti Mabuse and Andy Grant are the first five of 20 contestants to take on three challenges, with one of them leaving the competition at the end.

Joey and Neil were to fill the two semi-final spots, meaning we had to say goodbye to Oti and Zandra. 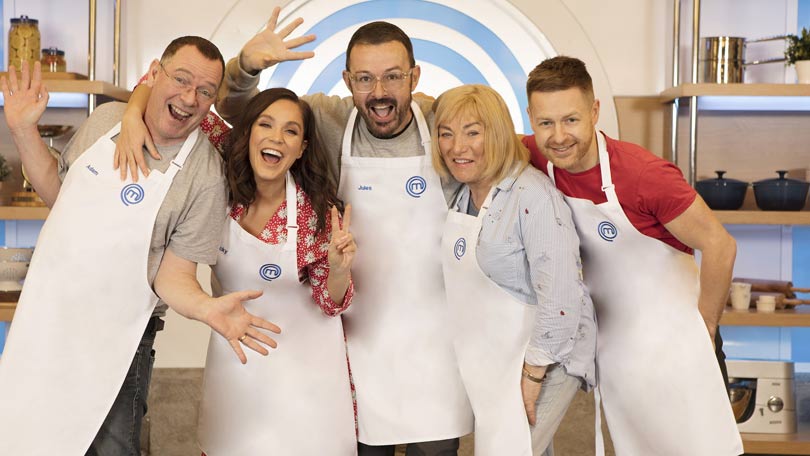 Celebrity MasterChef: Who is in the semi-finals?

In the second week of heats, Gogglebox funnyman Dom Parker and The Chaser Jenny Ryan were voted into the semi-finals. 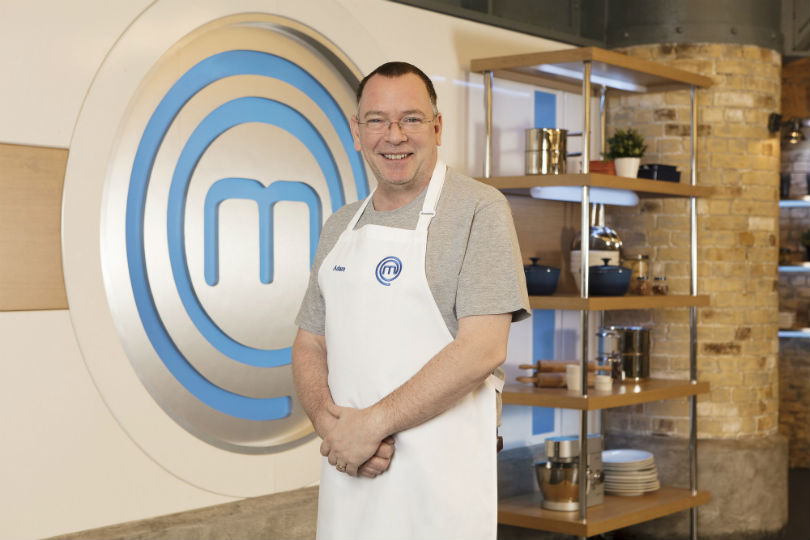 Best known for: Even if you’re not a soap fan, chances are you’ll recognise Adam as he’s the longest-serving cast member on EastEnders, having played Ian Beale since the programme began in 1985. 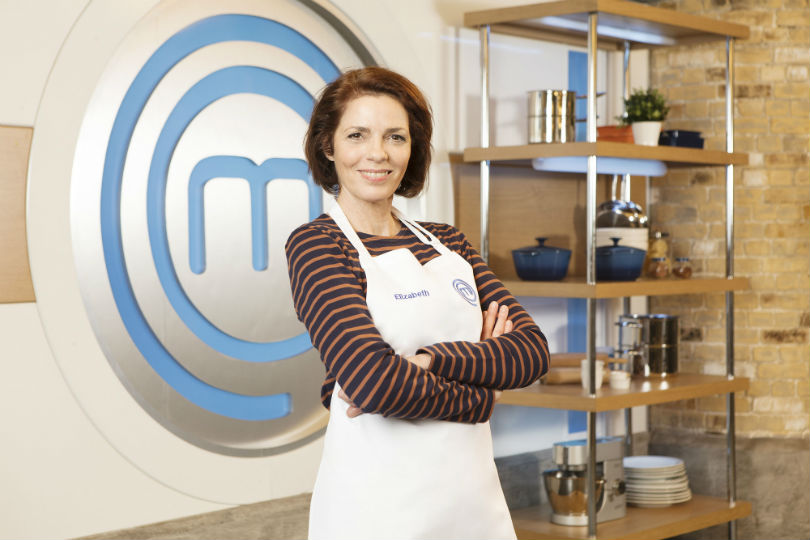 Best known for: Elizabeth is a well-known star in her native France, and will be familiar to UK audiences as Catherine Bordey in Death in Paradise. 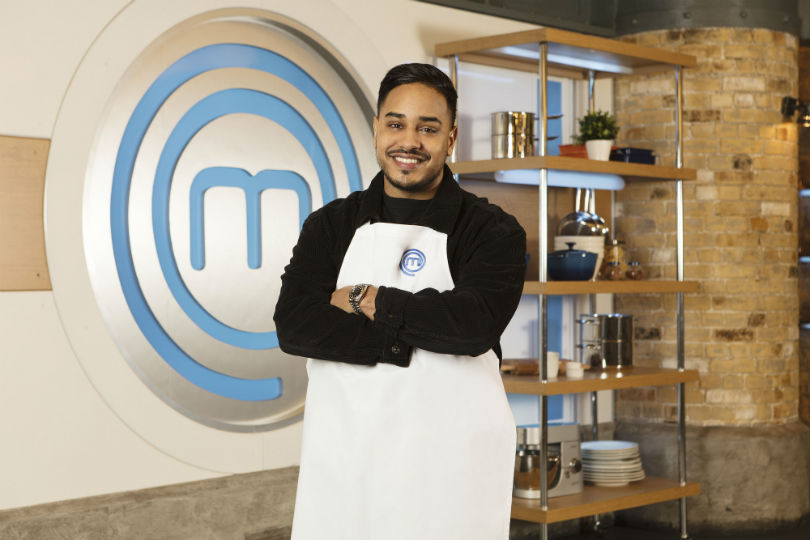 Best known for: Mim is a DJ on BBC Radio 1Xtra, but you might have also seen his BBC Three documentary Finding Dad where he went in search of his father. 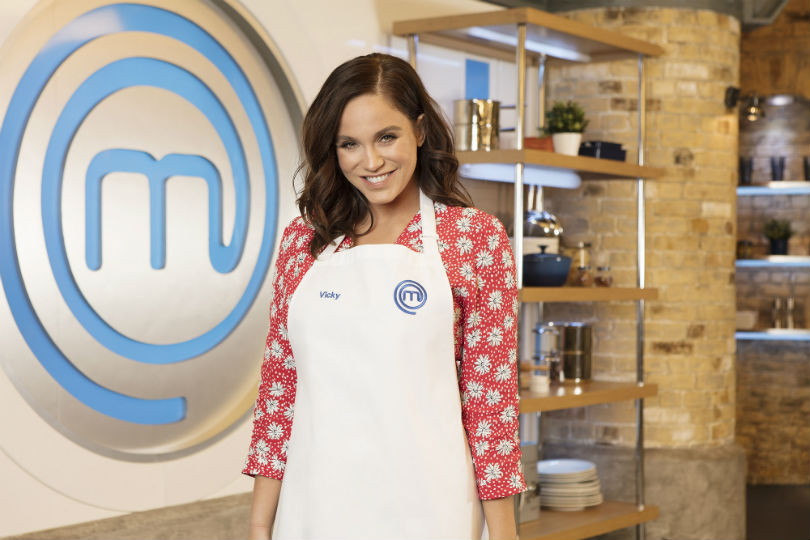 Best known for: She first found fame as one of the raucous cast of Geordie Shore, but Vicky left her extreme party days behind her to win I’m a Celebrity… Get Me Out of Here!, become a Loose Women panellist, and present segments for This Morning. 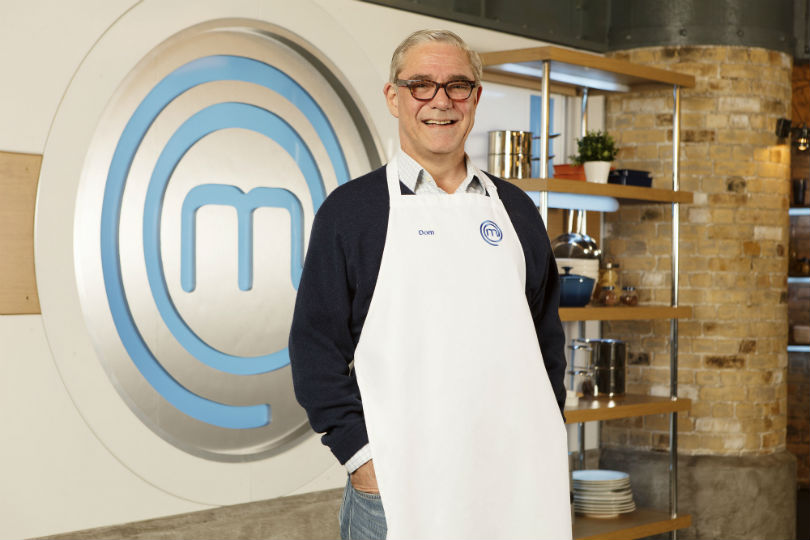 Best known for: You might not recognise Dom without his right hand woman, Steph – that’s right, he’s one half of the beloved Gogglebox couple. They starred in documentary Steph & Dom Meet Nigel Farage, and he has also taken part in The Jump and Hunted. 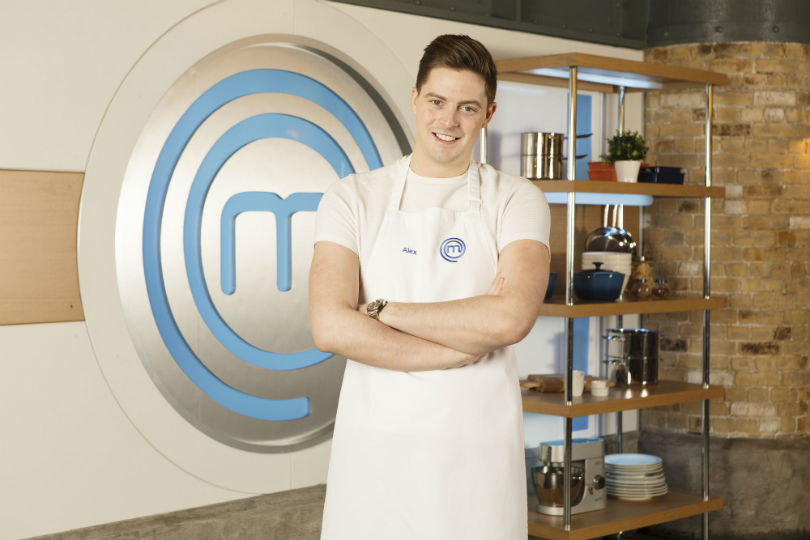 Best known for: He may be a practising doctor, but we know him better as an ex-Love Islander. Since not finding love on the reality show, Dr Alex has made some TV appearances as a health expert. 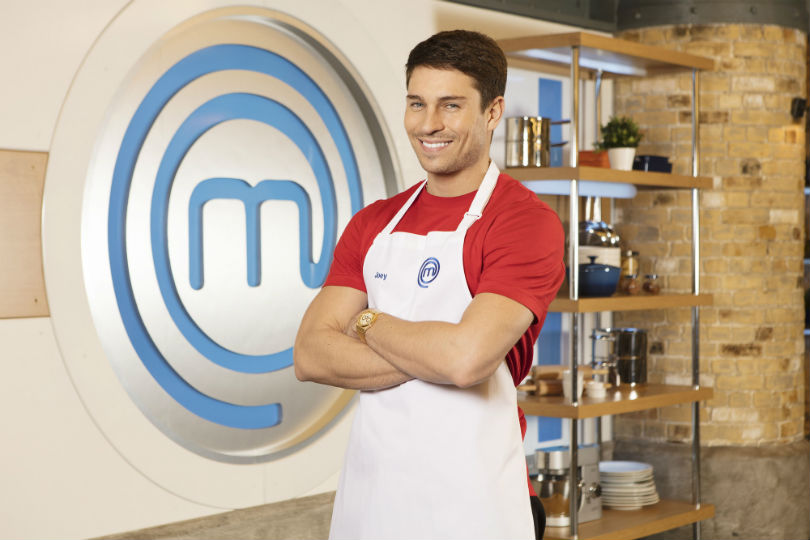 Best known for: Joey made his name on The Only Way is Essex, where fans became fond of him for his lack of basic knowledge. He starred in his own documentary series Educating Joey Essex, and has also appeared in I’m a Celebrity… Get Me Out of Here!, Celebs Go Dating and The Jump. 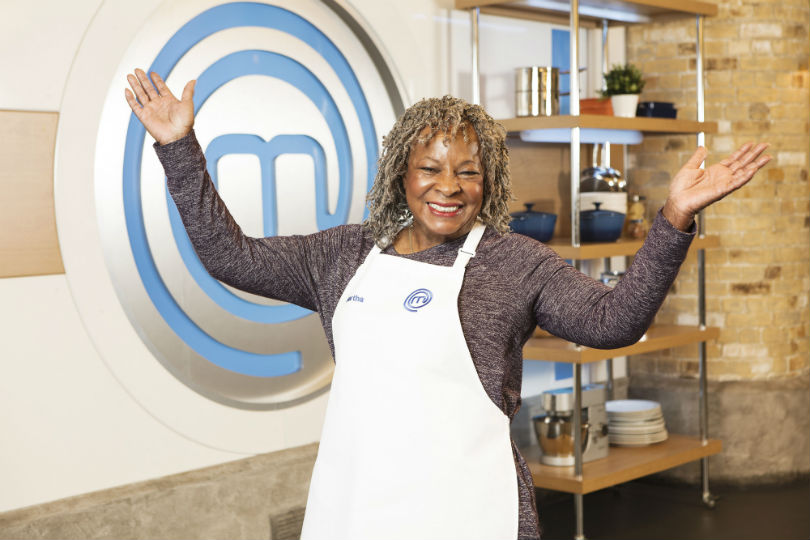 Best known for: One of the big names of Motown, Martha Reeves and her group The Vandellas had hits with Dancing in the Street, Nowhere to Run, and (Love is Like a) Heat Wave. 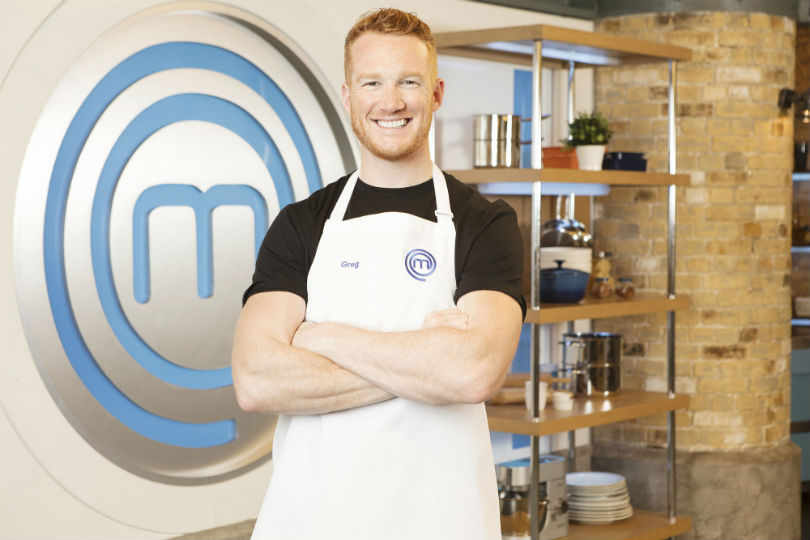 Best known for: Greg was one of stars of Super Saturday at the London 2012 Olympics, when he won a gold in the long jump. He’s since retired due to injury and has competed in Strictly Come Dancing. 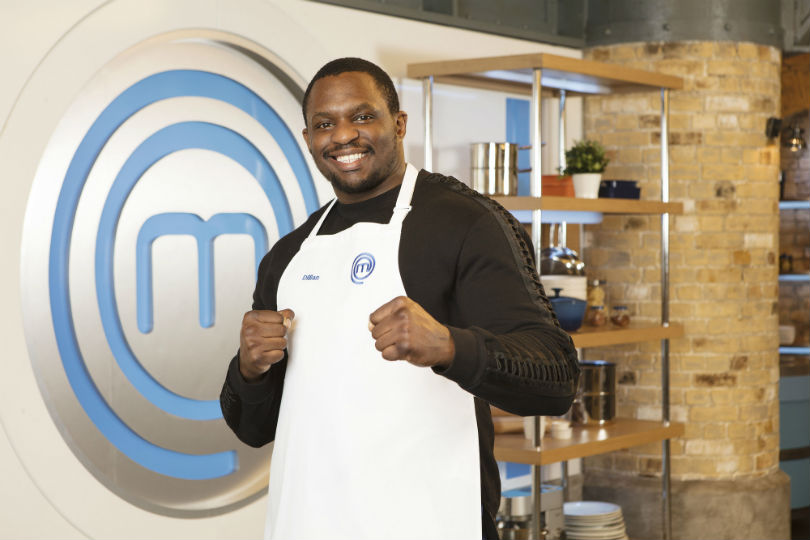 Best known for: Dillian is not only a heavyweight boxer, but he’s also won titles as a super-heavyweight kickboxer. 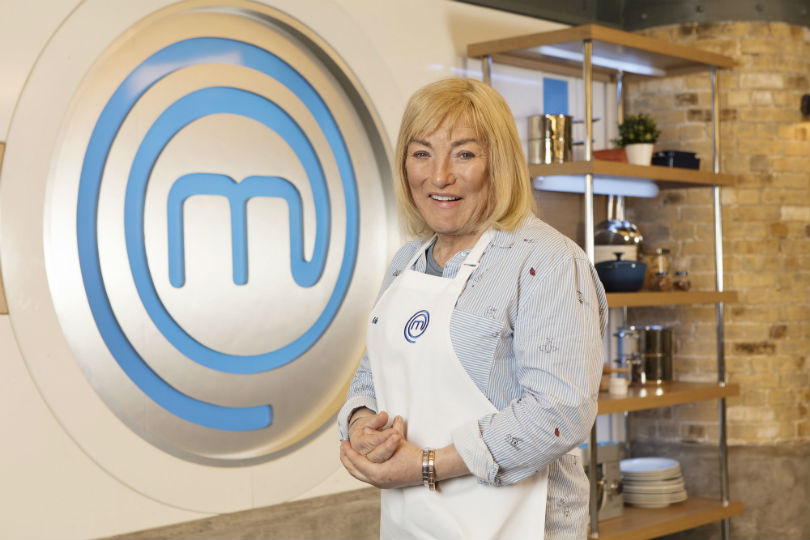 Best known for: Kellie was the manager of Lennox Lewis but is now a campaigner for transgender rights and awareness. She also took part in Celebrity Big Brother. 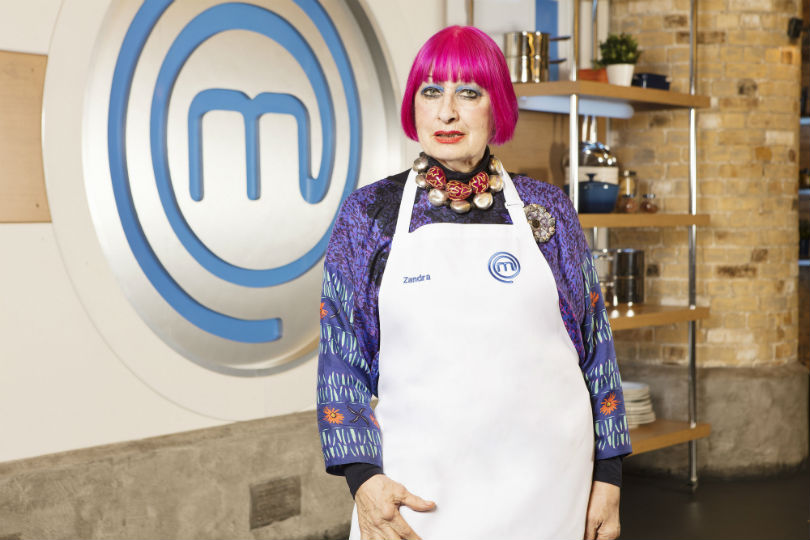 Best known for: Zandra is famous for her bold use of colour and prints, and was one of the biggest names of British design in the 70s. She was made a Dame for her services to British fashion and textiles, and her list of clients has included Princess Diana and Freddie Mercury. 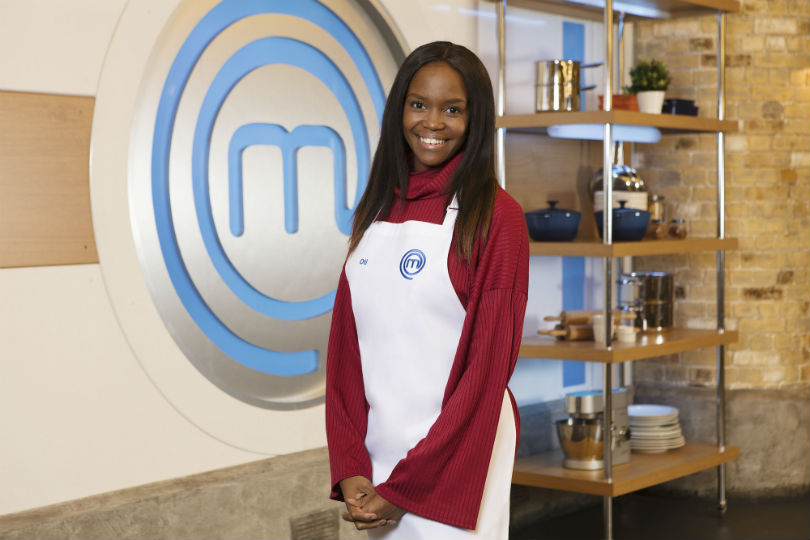 Best known for: As one of the most popular professional dancers on Strictly Come Dancing, Oti was already a star, but she became even better known when she featured as one of the judges on new reality dance show The Greatest Dancer. 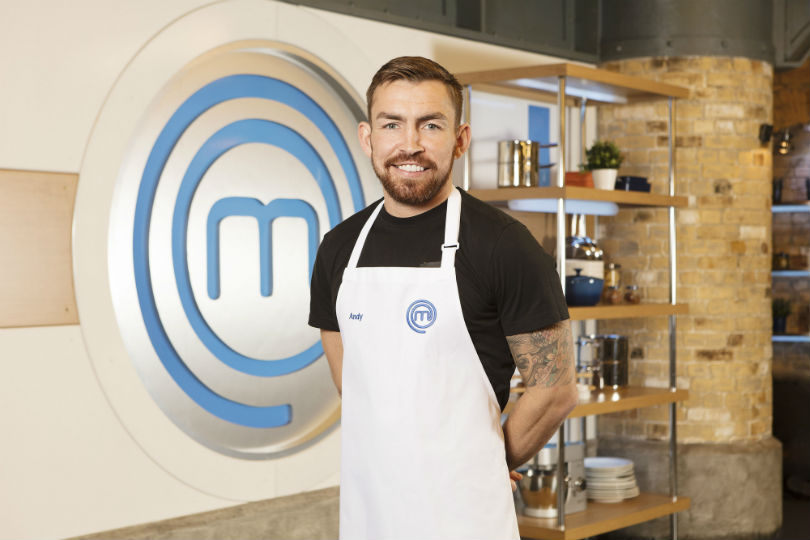 Best known for: When Andy was injured in Afghanistan, his career as a marine was over – but he found a new direction as a long-distance runner, setting the world record for the 10k for a single leg amputee. 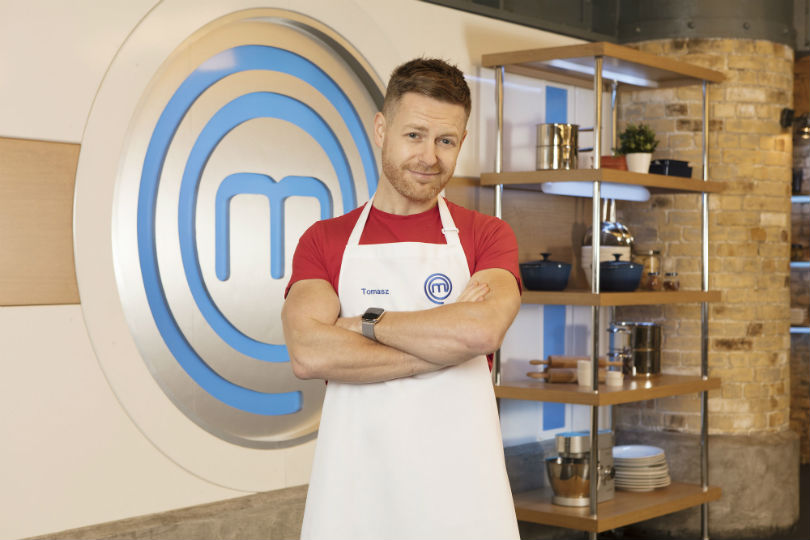 Best known for: If you’ve tuned into the BBC weather forecast in recent years, you’re sure to recognise Tomasz from his reports. 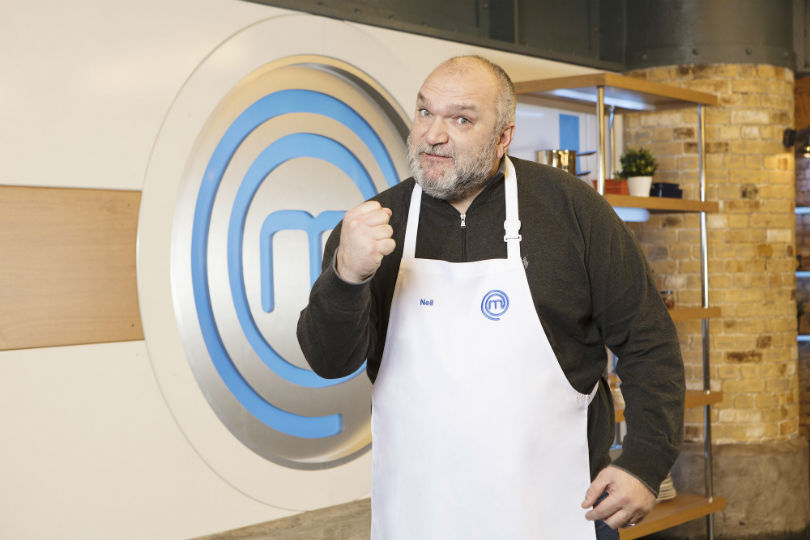 Best known for: Football hardman Razor made his name playing for Millwall, Spurs and Crystal Palace, and made a triumphant return to the pitch earlier in the year for one-off TV match Harry’s Heroes: The Full English. 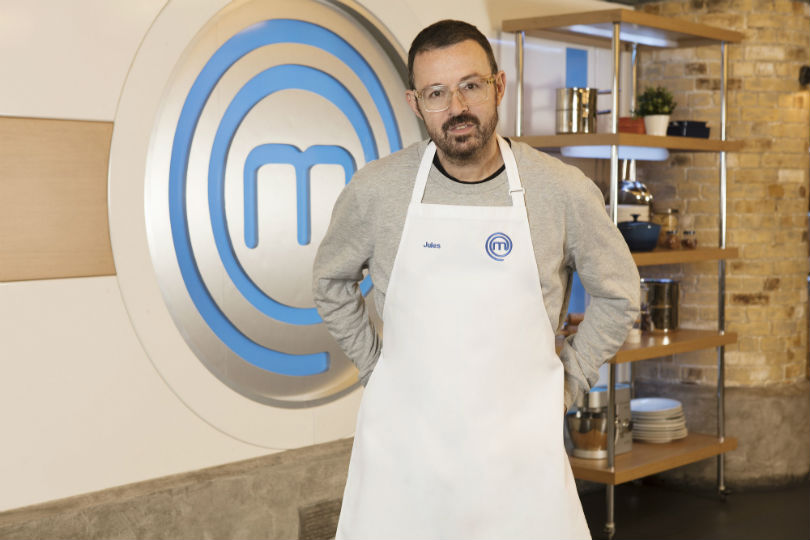 Best known for: Judge Jules began his career as an entertainment lawyer, but swapped the books for the decks in the 90s and at one point was voted the world’s best DJ. 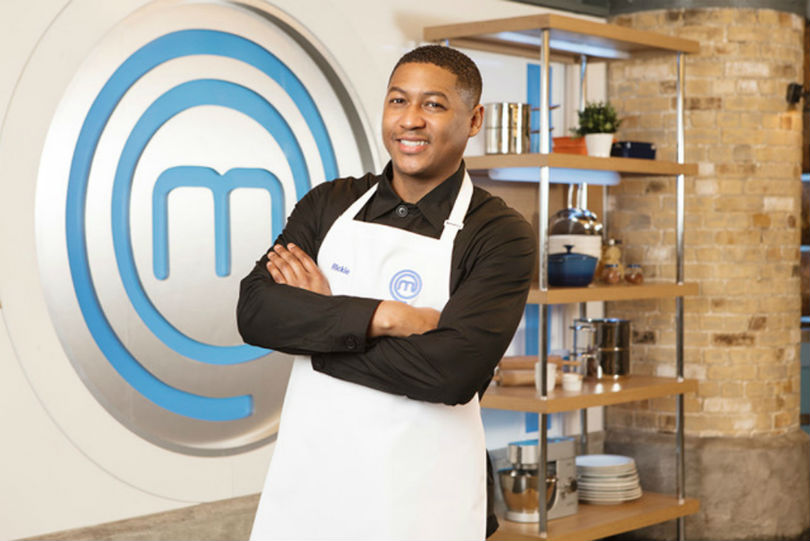 Best known for: If Kiss FM was your breakfast show of choice, you may recognise Rickie’s voice from the morning broadcast. He’s now moved to BBC Radio 1 with his old Kiss colleagues Melvin Odoom and Charlie Hedges. 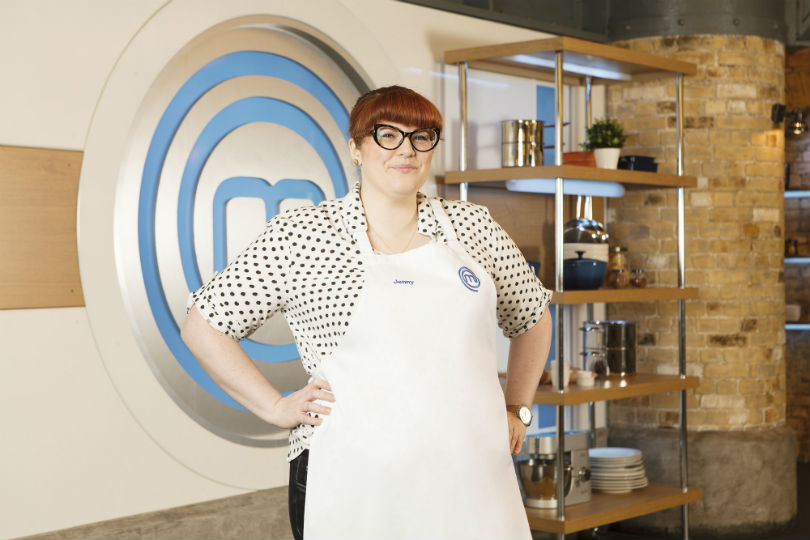 Best known for: One of the famous Chasers, Jenny is better known as The Vixen on ITV’s gameshow The Chase. She got the job after making her name on other amateur TV quizzes including Only Connect and Mastermind. 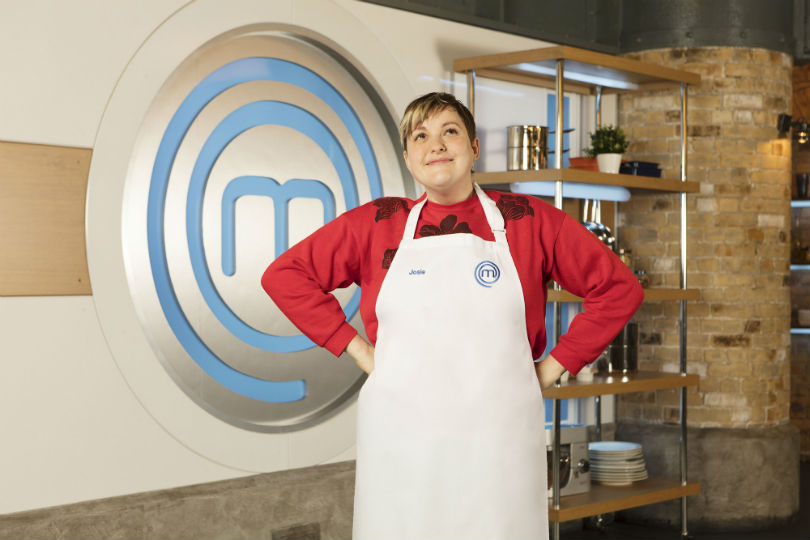 Best known for: Joker Josie does the rounds of comedy panel shows such as 8 Out of 10 Cats, but you may also know her from her acting and writing roles on teen drama Skins.

Celebrity MasterChef - All the former winners

Celebrity MasterChef begins on Monday, September 2 at 9pm on BBC One.