Collateral: Carey Mulligan reveals why the new BBC thriller is a must-watch

The Hollywood star is back on the BBC with John Simm, Billie Piper and Nicola Walker.

Carey Mulligan is just one of many Hollywood starlets returning to the small screen - and with good reason.

She will take the lead in in BBC Two's new miniseries, Collateral, and contends TV now offers more stimulating roles for woman.

[Read more: Carey Mulligan hits out at Hollywood over lack of film roles]

"For most the actresses I know, it's been about going where the better writing is," she says. 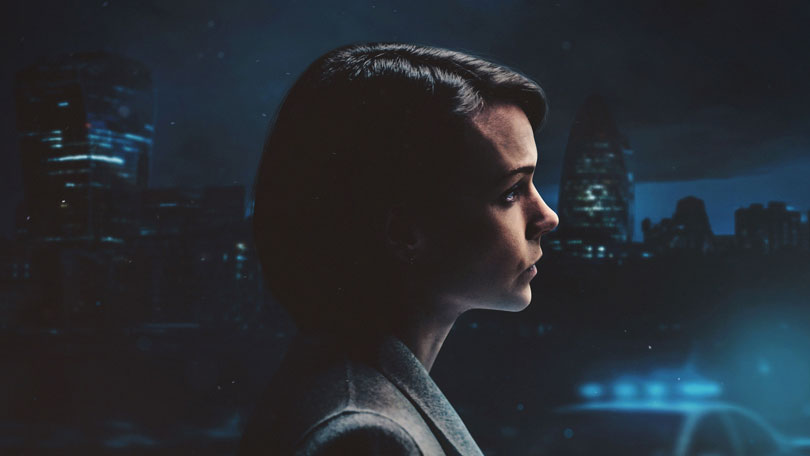 "Films tend to provide a lot for men, in terms of great leading roles, and not so much for women.

"So you can do Big Little Lies and have four to six extraordinary roles written for women, where there'd be maybe one or half of one in a couple of films."

Refusing to simply "wait around", the British talent's latest outing ticks all the boxes.

[Read more: When does Trauma start on ITV? All you need you need to know about the drama thriller]

Joining forces with the likes of John Simm, Nicola Walker and Billie Piper, the 32-year-old will star in Collateral - a Sir David Hare-penned political thriller to air on BBC Two.

Set over the course of four days, the four-part drama explores the spiralling repercussions surrounding the fatal shooting of a London-based pizza delivery man - and the refusal of tough Detective Inspector Kip Glaspie (Mulligan) to accept it is a random act of senseless violence.

It's the second time Mulligan has worked with playwright Hare (the first was her Tony-nominated portrayal of Kyra in the Broadway revival of Skylight), and she's only too happy to reconvene.

"The character I played in Skylight was one of my favourite characters, and so, now, is Kip," she says.

"Often women are encouraged to be amenable, likeable characters and these women are much more than that. They have so much going on, which is really exciting."

But Mulligan was set to shape her character in a way even she hadn't anticipated.

"When this [script] came my way, I said, 'Oh my goodness, I really, really want to do it, but I am five weeks pregnant!'" reveals the now-mother of two, who was also expecting with musician husband Marcus Mumford during her run on Skylight.

"[David] was totally happy and said he didn't see why Kip couldn't be pregnant," she explains. "He barely changed a thing and only added two references to the pregnancy in the entire show.

"There was no 'Argh, goodness me, he kicked' and all that stuff," she says with a laugh. "No pregnant acting was allowed and no crying, which was a revelation for me because I constantly cry!"

"I love that because pregnant women don't go around all day clutching their bellies. They are working women and they just get on with it."

The high-octane show also presented the star of Suffragette and The Great Gatsby with an opportunity to do something set in current times.

"I was excited to do something contemporary, having done a fair amount of period dramas," she says, having first earned international recognition - and an Oscar nomination and BAFTA win - for her part in An Education.

[Read more: When is Marcella back for series 2?]

"I wanted to play a character who is alive right now, not 100 years ago."

Can she see herself affiliated with this genre now, like many greats that have gone before her?

"I have seen so many brilliant performances, but I just tried not to think about it too much," she says.

"My tendency is to see someone like Olivia Colman, someone doing something brilliantly, and be like, 'Oh, I'll just do it a bit like that' - and then it'd be rubbish, because it wouldn't be as good as that!"

Her biggest concern was convincing viewers she could be a police officer in the first place. 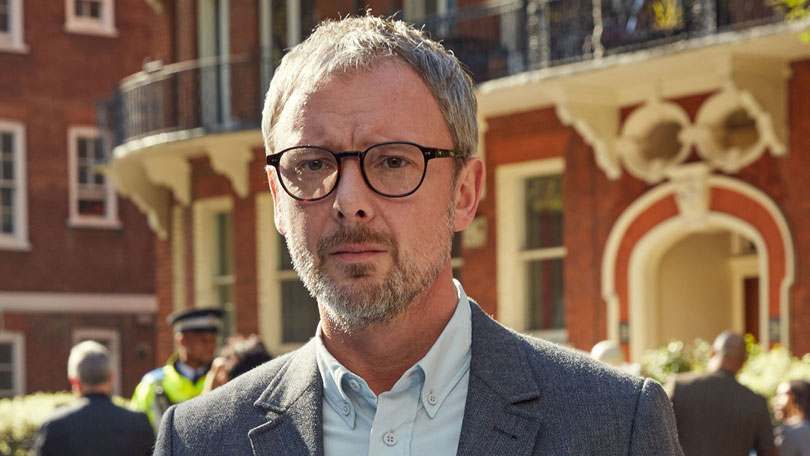 "They have such authority, and I'm scared of them!" she exclaims, laughing. "And so it was convincing myself that I was grown up enough.

"I still think I am 21 and then I am like, 'Oh, I'm a grown up, actually. And maybe I could have a proper job,'" she says, detailing her embarrassment at presenting her badge whilst shooting.

"So part of the challenge for me at the beginning, was being like, 'Take it seriously, I am a police officer'. That was the hardest thing - believing it in the first place."

Aside from the badges and forensic suits, Collateral promises not to be your average police procedural. In fact, computers, whiteboards and classic tropes were banned.

"There is a cinematic quality to it - it's not like usual TV in the way it is put together, it feels much bigger," notes Mulligan.

"The scale of the subject we are talking about also enhances that. This isn't a single family story, it is about so many bigger issues," she adds, referring to the storyline delving into waves of migration prompted by war and poverty.

"You want to be in thought-provoking work, [but] first and foremost it is a great story and you want to be part of one of those shows which people binge-watch," she enthuses.

"If people are dying for the next episode to come out, that would be my dream end result."

Set Collateral to series record on your BT box. The series starts on BBC Two on Monday February 12.

Never miss an episode with BT TV - catch via the BBC iPlayer app.