Dancing On Ice: Brooke Vincent – Who is she? Contestant profile

All you need to know about the actress and Dancing On Ice 2018 contestant.

Why is she famous? Coronation Street actress

When Brooke’s name was announced, she said: "I love a challenge. Ice skating - what an amazing skill. Next year I can go with the girls and be like, 'I can do this, I can do that' and they'll be holding onto the sides. I've been trying to lose a few pounds to get in them leotards. I started my ice training on Saturday. If I get injured at least I'll look sparkly on the way to the hospital!" 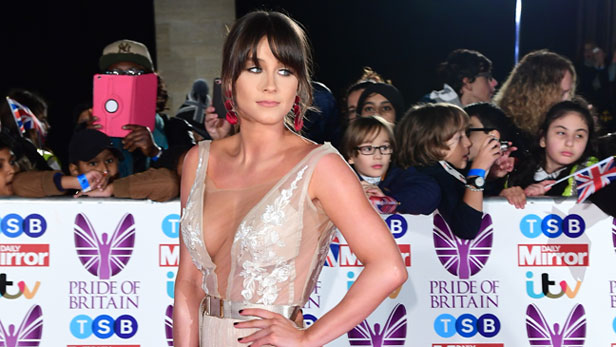 She has played regular Sophie Webster on Coronation Street's cobbles since 2004, with her storylines including her character coming out, converting to Christianity, and losing the love of her life in an explosion on the street.

Brooke is sure to have support from her co-star Antony Cotton who's also taking to the ice – but will the pair split the Corrie fans’ vote?

How does Brooke feel about training?

Brooke said: "It’s hard but I’ve realised you don’t get any further from moaning. I’m enjoying it and I do want more time on the ice. You don’t know whether you’re going to go into it and actually hate it, because people do genuinely hate it. But if you’re working hard and enjoying it, it’s half the battle."

However, she's modestly warned viewers not to expect too much.

"I’ve only just found out I don’t have much co-ordination," she said. "I thought I was a great dancer on a Saturday night, but Matej says to me most days that my coordination is all over the place.

"I’m really struggling with my dizziness, so the headbanger for me would be very dangerous."

Brooke admitted: "I would rather be watching it on the couch with a big box of Celebrations, laughing at people falling over."

Brooke's contest so far: Judges and viewers loved Brooke’s semi-final performance which saw her skate to Ariana Grande’s One Last Time in tribute to the victims of the bombing at the singer’s concert in Manchester, Brooke’s hometown.

It was a far cry from her first routine on the show, where her costume got tangled up with her partner Matej’s, leaving them awkwardly stuck together mid-skate.

Dancing on Ice's final is on Sunday, March 11 at 6pm on ITV.

Never miss an episode of Dancing on Ice with BT TV - catch up via the ITV Hub app.