Dancing On Ice: Jake Quickenden – Who is he? Contestant profile

All you need to know about the singer and Dancing On Ice 2018 contestant.

Why is he famous? Former X Factor contestant.

When Quickenden’s name was announced, he said: "I’m terrified. I had my first training session yesterday - I was freezing! Ice is cold! But it was amazing, the coaches are unbelievable. I just feel so lucky that I’ve been asked to do it. I’m so buzzing, I can’t even explain. It’s my mums favourite!... I’ve been wearing tights to get used to [the lycra]!” 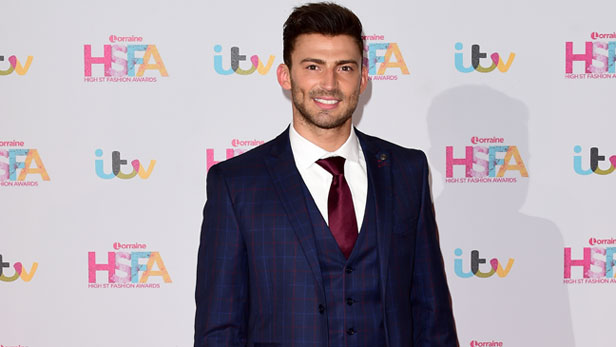 Where have you seen him before?

Quickenden has a head start when it comes to performing on live TV on a show that the nation loves – he made his name as a contestant on the X Factor.

The wannabe popstar first hit our screens in 2012 when he lost out to Rylan Clark, James Arthur and Jahmene Douglas at Judges’ Houses, but returned in 2014 and made it to the live shows.

Quickenden was also a contestant on I’m A Celebrity…Get Me Out Of Here! in 2014 and finished runner-up to Carl 'Foggy' Fogarty. He later met Foggy’s daughter Danielle, who is now his girlfriend, and currently plays football for Ossett Town so will be hoping to avoid injury on the ice.

Jake's contest so far: Quickenden’s high point so far came during the semi-final, when he earned himself the first perfect 40 of the series. It was a particularly emotional performance as it was in tribute to his dad and brother, both of whom he lost to bone cancer, and he skated to Shakespears Sister’s Stay which was one of his dad’s favourite songs.

He has been the favourite to win throughout the competition.

Dancing on Ice's final is on Sunday, March 11 at 6pm on ITV.

Never miss an episode of Dancing on Ice with BT TV - catch up via the ITV Hub app.