Dancing On Ice's Phillip Schofield talks championing Kem Cetinay, being back on the ice with Holly Willoughby, and why he'll never skate on TV again

Get the inside gossip on all that's going on behind the ice rink with presenter Phillip Schofield.

The New Year is set to open with a bang as Dancing On Ice is back on our screens for the first time since 2014.

Fans of the ITV contest will be pleased to know that original presenting duo Phillip Schofield and Holly Willoughby are back at the helm as a group of nervous celebrities take their first steps onto the ice.

We caught up with Phillip at the show's launch at the Natural History Museum ice rink in London to hear all about how Dancing On Ice made a comeback and who he was rooting for to be on the contestant shortlist.

How does it feel to be back with Dancing On Ice?

"I can’t wait and neither can Holly. We’ve been talking about this for years, because we found out about this quite a long time ago. She’s more excited about this series than any other that we did. When Holly and I were together for the first series ever she’d just come off Saturday morning TV and it was a brand new, primetime light entertainment show on ITV and there’s a responsibility that comes with it because you want it to be successful so you’re nervous. Holly and I know each other so much better than we did back then because we know the series and how each other work."

Christine Bleakley took over presenting duties for the last three series, but now you're back to the original line-up.

"Holly and Dan (Baldwin), Christine and Frank (Lampard), myself and Steph (Lowe), we’re all mates and go out together. Holly left to go on The Voice and I said I wanted Christine to do it. She was given such a hard time and she really struggled, but what I wanted everyone to realise is that she’s not only an incredibly accomplished broadcaster, she is one of the nicest people I have ever met in my life. There is nobody in television who is more thoughtful than Christine Bleakley. Which is why when it was announced that Holly was coming back, the first person who texted was Christine to say ‘Oh my god, this is so exciting, please tell me I can come and watch’."

You and Holly will be working together on This Morning, too, so you'll be seeing a lot of each other. 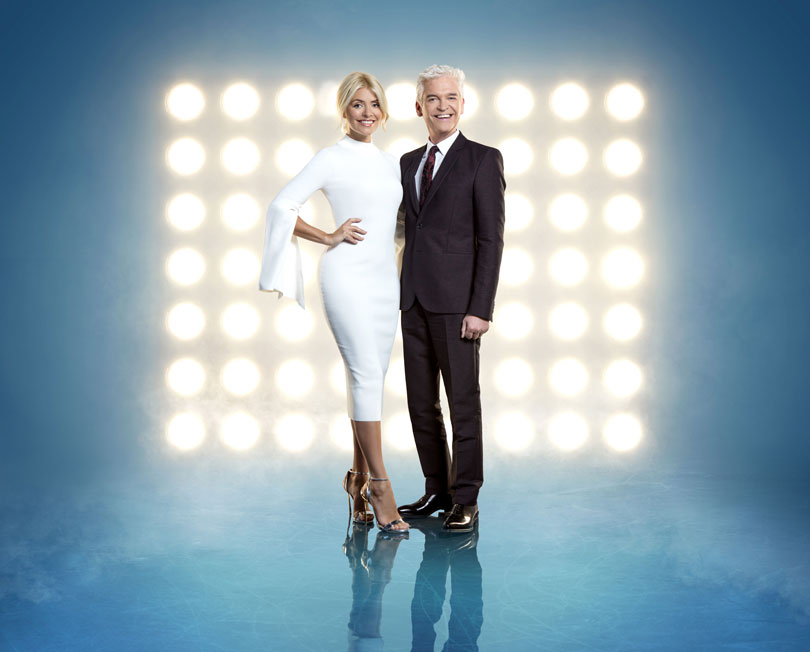 "The amount of time Holly and I spend together is not even a consideration. We don’t fall out, we’ve never even had a tiff, let alone a row, we just don’t argue, ever. So there’s no issue with spending time together, and how lucky. It’s like presenting with my younger sister or best mate. The workload, we do four days a week on This Morning and then a day together on Sunday. We could be landing planes or working down a mine or in a shop…it’s not a hard job, it’s a nice job in a lovely, comfortable environment with very nice people, so I can’t grumble about that."

[Read more: Who is Kem Cetinay?]

Do you have any thoughts on who will do well yet?

"I’ve formed quite a few opinions! I’m pretty sure Antony Cotton doesn’t know what he’s signed up for. Brooke Vincent may be feeling the same way. Cheryl Baker is going to be fascinating. Alex Beresford took me by surprise because I hadn’t seen him skate before. Donna Air could be a little bit like Suzanne Shaw, really very elegant on the ice. And Kem Cetinay…the first time I saw Kem, he was a catastrophe, but a very funny one. He’s utterly adorable, and I thought he’d really come on. There is a moment with most of the skaters when you get up one morning and it’s just there. Either your boots hurt you slightly less, or you feel that the balance is right, or you’re less scared."

Did you have any influence on the final celebrity line-up?

"Holly and I did. Not ‘I don’t want them’, but we had our first meeting and said how about…we’d love…wouldn’t it be funny if… Then they came back and told us who could do it and who they were thinking of. Kem might’ve been due to the fact that Holly and I spent most of our summer devoted to Love Island - that may have had some bearing on it." 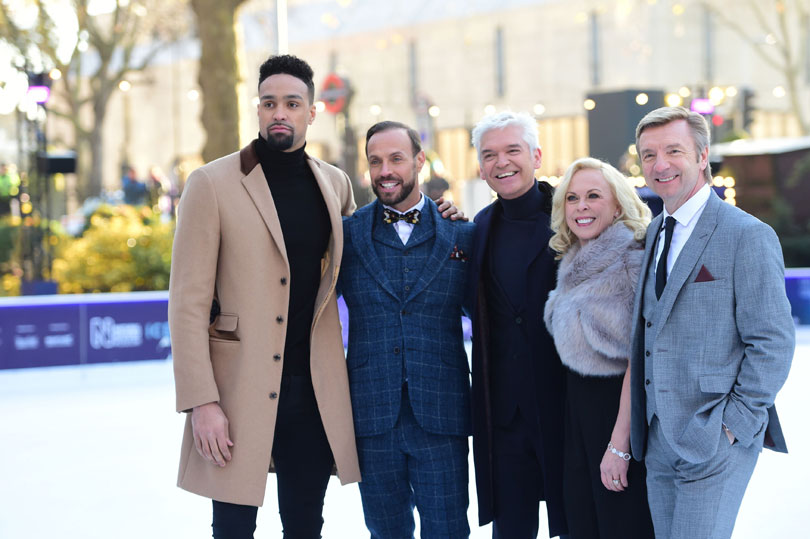 Will we see you taking to the ice this series?

"We will be getting on the ice, but there’ll be a white carpet underneath us. Christine and I worked for three or four weeks intensely to learn a routine and to skate on the ice for the final ever episode. The show went live, I skated out, the wind was whistling through my hair, I felt amazing, my feet were planted, and I thought ‘this looks fantastic, finally after all these years I am on the ice’.

[Read more: Who is Ashley Banjo?]

"I did my thing and stopped, and then I watched it back and thought, ’Oh god, I was going so slowly!’ There was no wind passing by my hair, I couldn’t have been slower. The moves I did didn’t look remotely interesting. There is no question, if you want to skate you have to have a huge amount of time and input, which I never have. So would I do it? Actually, no. I’d need to be working as hard as the celebs are now. If you do it you want to look good and for people to go, ‘Bloody hell, he’s good’, and I know that’s not what they said."

Dancing On Ice returns to ITV on Sunday, December 7.