Eurovision's UK winners: Where are they now?

The UK’s representatives at the Eurovision Song Contest haven't always been making up the numbers. To mark 21 years since the last UK winner, we look back at our five successful acts – and find out what happened to them afterwards.

Eurovision season kicks off this week with the Eurovision:Your Decide competition choosing the UK's act for 2018.

The British public will have the chance to choose between six acts to represent us in Lisbon - Asanda, Goldstone, Jaz Elington, SuRie, Liam Tamne and RAYA.

We're looking for our first UK winner for 21 years and we can’t help but think back to those halcyon days when British acts actually had a decent chance of winning.

Our nation has been taking part in the competition since 1957, the year after its inception, and with five winning entries remains tied with France and Luxembourg as the third-most successful nations in Eurovision history – Ireland lead the way on seven with Sweden just one behind six.

Only on rare occasions has a Eurovision-winning act gone on to have sustained chart careers – ABBA is one of the few to buck the trend – and the UK’s winners, a mix of established performers and new or unknown acts, have not always benefited from their triumphs, as we will discover… 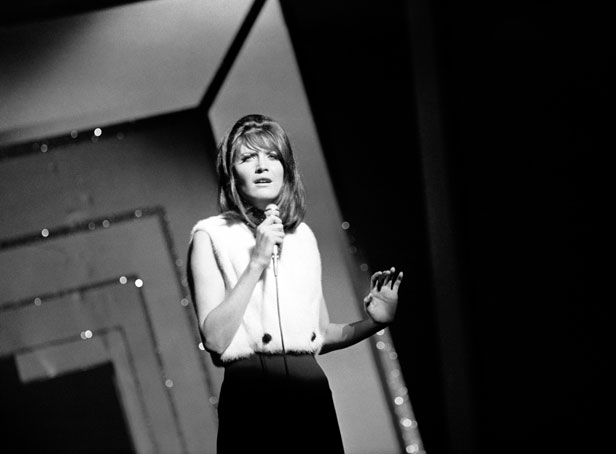 Victorious in Vienna, doe-eyed pop songstress Sandie Shaw (born Sandra Anne Goodrich in 1947) had already had a highly successful chart career in Britain in spite of her tender years, scoring number one hits with There’s Always Something There to Remind Me in 1964 and Long Live Love the following year.

By 1967 Shaw’s manager Eve Taylor wanted to begin refashioning her as a cabaret act – much to the singer’s chagrin. She wasn’t keen on the idea of being the UK’s representative at Eurovision, but with declining record sales and to appease Taylor she agreed, performing five songs on the Rolf Harris Show for the public to assess.

Their choice, Puppet on a String, won Eurovision by a near-record margin and became Shaw’s third UK number one, and a huge hit across Europe. She would never experience such success again, and later retrained as a psychotherapist, though her singing career underwent a minor renaissance in the 1980s and 1990s and she continues to perform today.

[Read more: Who is Lucie Jones? All you need to know about the UK's 2017 Eurovision hope] 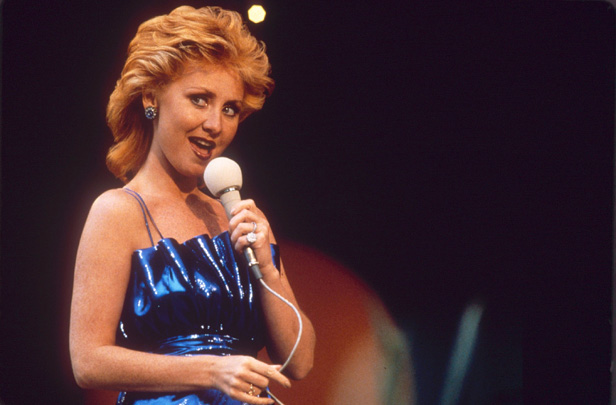 Another gamine but feisty young female vocalist was chosen to represent the UK two years later – Scottish 20-year-old Marie Lawrie, better known as Lulu.  Like Shaw, she was already established as a chart act and in 1967, even appeared in the movie To Sir With Love with Sidney Poitier; her recording of the film’s theme song had even been a smash hit US number one.

Also like Shaw, Lulu was encouraged to take part in Eurovision by her manager, and once again the song chosen by the public from a selection she performed was the artist’s least favourite. Nevertheless, it tied for first place in Madrid with entries from Spain, the Netherlands and France and would go on to reach number 2 in the UK charts.

Lulu remained a popular entertainer – her own TV show, which began in 1968, would carry on until 1975 – and though her success as a chart act waned throughout the ‘70s and ‘80s, she would also enjoy a career renaissance, appearing as featured vocalist on Take That’s number one Relight My Fire, recording several other charting hits in her own right, and making numerous television appearances. 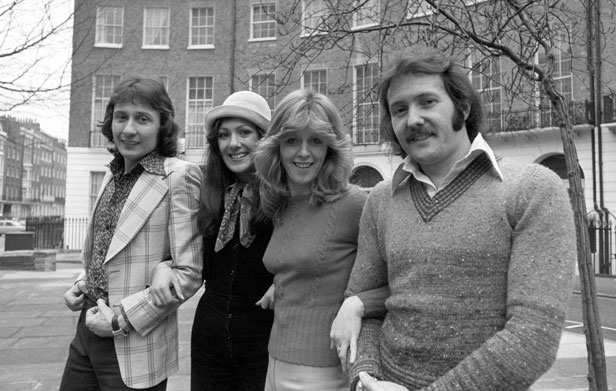 Once a name for a loose conglomerate of session singers, Brotherhood of Man became a settled group of four vocalists – Martin Lee, Lee Sheriden, Nicky Stevens and Sandra Stevens - in 1973. Interestingly, though they had made little headway in the UK prior to their Eurovision appearance, they had been a success in Europe, scoring hits and touring on the continent.

For the first time since 1964, the UK Eurovision act was not pre-determined, and the Sheriden-penned Save Your Kisses for Me won the day for the group. It was a UK number one hit by March, and comfortably won the Eurovision Song Contest in The Hague on April 3. With six million copies sold worldwide, it remains the best-selling Eurovision-winning single ever.

Brotherhood of Man had further chart success including two UK number ones Angelo and Figaro, but the hits dried up in the early ‘80s.

Remaining popular on the cabaret and oldies circuit, they went into semi-retirement in the 21st century but in 2006 appeared at the Eurovision 50th anniversary gala in Denmark, where Save Your Kisses For Me was voted in the top five Eurovision songs of all time.

Bucks Fizz are unique among the UK’s Eurovision heroes in that they are the only winning act to have been created specifically for the competition. Session singer Mike Nolan and pop vocalist Cheryl Baker (who had represented the UK at Eurovision 1978 with the group Co-Co) were joined by auditionees Bobby G and Jay Aston in the band’s line-up.

Making Your Mind Up’s catchy tune and largely meaningless lyrics were accompanied by jaunty choreography at the 1981 Song Contest in Dublin, its most memorable moment being when the two male band members pulled off the skirts of the two women, only to reveal shorter skirts underneath. It won the contest, beating the German entry, Eurovision veteran Lena Valaitis, by just four points.

It became Bucks Fizz’s debut single and the first of their three UK number ones among a run of 20 hits.  Aston would quit in 1985 and chart success would cease by the end of the decade, but the group have continued to tour in various guises. Currently, Bobby G leads the ‘official’ version of the band, while Baker, Nolan and Aston perform together billed as ‘formerly of Bucks Fizz’. 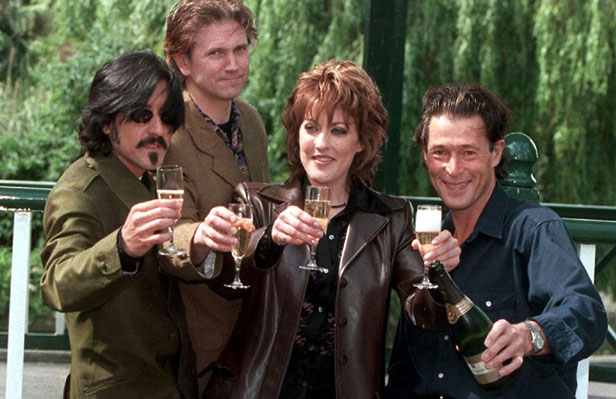 Sixteen years after the success of Bucks Fizz, Cambridge-based rock-pop act Katrina and the Waves became the fifth and currently last UK act to win Eurovision. The band had been together since the early ‘80s and had scored a major hit with their 1985 single Walking on Sunshine, which made the top 10 in both the UK and vocalist Katrina Leskanich’s native US.

Entering the Great British Song Contest - the qualifying competition to find the UK Eurovision entry that year -on a whim with Love Shine a Light, a song they considered “cheesy”, the band won comfortably and would go on to win Eurovision 1997 by a then-record margin of 70 points from the Irish hosts.  The song also became their biggest hit in the UK, reaching number three.

Leskanich would later call the contest “a joke”, saying that the band’s win came at the expense of their credibility as a rock act, leading to disputes among them and ultimately their 1999 break-up. In spite of this, the members continue to perform individually as well as making occasional appearances together as Katrina and the Waves.

Eurovision: You Decide is co-hosted by Mel Giedroyc and 2015 Eurovision Song Contest winner Mans Zelmerlow on February 7 on BBC2.

Series record on your BT box and catch up on BT TV via BBC iPlayer.