The popular character made a surprising comeback in a special episode, 100. We catch up with Ruben Blades to discover where Daniel has been since the fire in season two.

It’s been a long while since we last caught up with the darkness and internal turmoil of the El Salvador-born barber, who we all presumed was dead after the blaze in Celia's Mexican compound.

How pleased were you to get back on set? 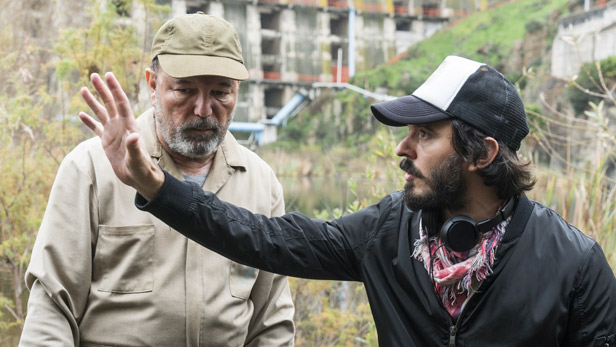 I’m very happy. It’s interesting because you do make a connection with people that is very intense and then you go about your own ways. And then you don’t see people and you still miss them. So it’s great to be here with everyone again again. Not just hoping like a lot of the fans were.”

[Read more: Meet the cast and characters of Fear the Walking Dead season 3]

What do you think it was about Salazar that viewers connected with?

The difference always was Salazar, that this is his second apocalypse.  He’s been through one and he could recognise characters who could survive.

He saw Madison’s strength from the beginning. Remember when she goes with the hammer to ease the pain of her neighbor and Travis stopped her? Daniel knew right there that she was strong.

And with Strand, the first time we encounter the infected, he’s using the gun very well. So, he knew this guy is solid.

How has Salazar changed since we last saw him? 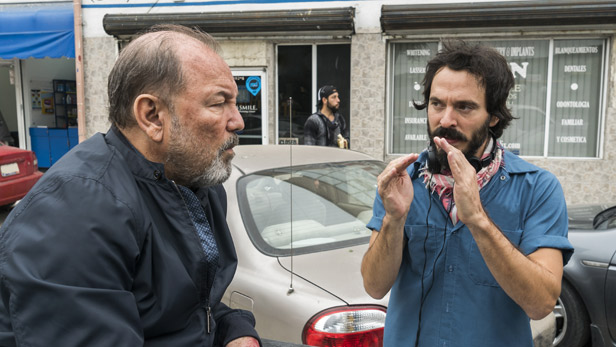 But I think what I see happening in Salazar is interesting. Salazar began as a ruthless guy who could torture people to get answers. But I think from what I’ve seen so far in season 3, he is becoming more spiritual. He is beginning to become involved in the moral aspects of the apocalypse.

Perhaps, because he already went through the apocalypse once and he tried very hard to be a different person, he’s learnt from that experience.

I think he becoming more and more aware of the need to not to revert totally to savagery. I think he will actually become sort of moral influence now.

He’s beginning to soften up a bit, not soften up in the sense of weakening, but being more spiritual.

What was it about Fear the Walking Dead that made you want to get involved? 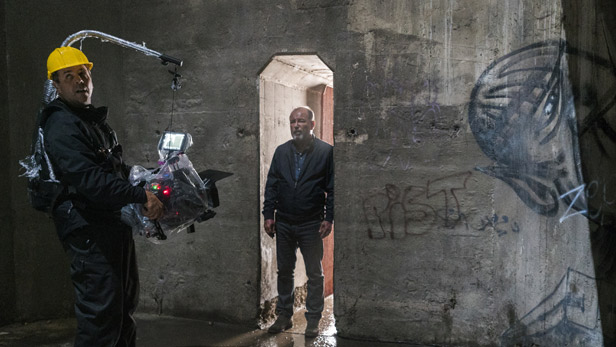 I spoke to Dave Erickson. I said that I’ve never done a TV show. I did try it once and it was interesting but it took a lot of time… and I have a lot of things that I like to try to do. So I wasn’t sure about it.

But he revealed the character’s background in the Salvadoran War and that this guy had something to do with the government and the repression. I’ve always fought against that. In every song I ever wrote or any position I took, it was against the military dictatorship and what was going on there.

So I thought that was interesting right off the bat as an actor. And challenging because I would have to show some sympathy to this person’s position.

Why do you think the Walking Dead universe has become such a phenomenon? 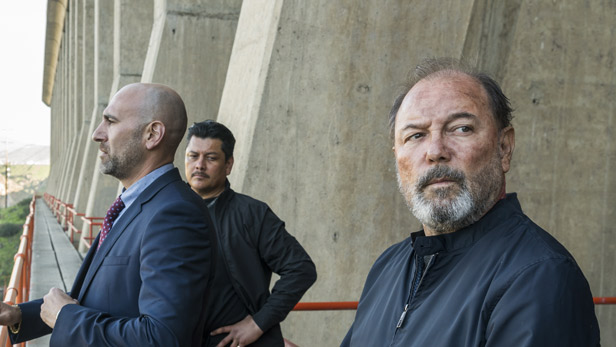 It’s a metaphor for everyone’s fears and it plays on the hopes that you would be able to survive a situation like that.

It entertains but at the same time, it presents very important questions. What would we do if everything collapses? I mean, what would we do? How would be react

Religion falls, the law falls, morals go, everything has a drastic transformation. Well, – what do we do? It’s a really interesting question.

Fear the Walking Dead airs Mondays, 9pm on AMC – exclusive to BT customers. Catch up now on the BT Player.