Fear the Walking Dead: On set and at sea on the Abigail – the making of series two

Acclaimed production designer Bernardo Trujillo takes us behind the scenes on the thrilling AMC drama.

"I actually take that as the best compliment, if people don’t pay attention to the amount of work we’ve done. We don’t want there to be anything to distract you from the story."

Production designer Bernardo Trujillo has worked on films such as The Mask of Zorro, Frida, Blow and Babel, and has shot around the world on sets in China, Spain, India and the United States.

However, the acclaimed Mexico City-born filmmaker found himself facing one of his toughest jobs ever when he took on Fear the Walking Dead series two.

As the characters headed out to sea to escape Los Angeles, the AMC show faced its biggest challenge yet – shooting a zombie series on the water.

Luckily, Bernardo was up to the task and he had a helping hand from the incredible Baja Studios, the same set and studio specifically built by James Cameron to film Titanic.

"Baja Studios is amazing. First of all, they built it in front of the ocean – it’s one of the most stunning places. It’s a beautiful place to work at and it’s inspiring," says Bernardo.

"It’s incredibly well planned. There is the open water tanks that blend into the ocean and that’s massive. There are deeper sections of it for more complex scenes on the water.

"On the side of it there’s a tank for underwater photography, there’s also a type of swimming pool against green screens and we also have dry stages. Everything about it is beautifully thought out. It’s inspiring and challenging."

One of the biggest challenges for Bernardo and his team was the broad brush strokes they had to work with when building the set, as initially they only had details from the opening episodes.

"When I started there was only a broad outline of the things that needed to happen," he said.

"In the early episodes we didn’t know where the story was going to head to – it’s been an ongoing discovery for every one of us. It’s been a very interesting process."

He added: "We had to do this in a ridiculously small amount of time and we pulled it all off. The design and the construction had to be done in six weeks, which under any circumstances is a ridiculous amount of time."

Explaining the biggest technical challenges, Bernardo said: "One idea was to shoot everything against green screen, and we certainly didn’t want things to go that way, because you can definitely feel it. So we shifted away from that and tried to make it as convincing as possible.

"The challenge was how to connect the exterior scenes and the dry stage scenes and blend them all in a smart and fluid way, so the audience feels like it never leaves the yacht."

Despite the amount of production work that went into creating the new series of Fear, Bernardo confessed that he wasn’t looking forward to seeing the results.

"I never like watching the work I do back, because I always feel like I could do things better or differently. It’s a painful experience for me," he laughed.

Bernardo is a huge fan of Fear the Walking Dead (“It was an awesome coincidence… It was an amazing phone call to get”), but he admitted that it was slightly odd to be working in the same studios as the infected.

"On the screen, it’s intense and scary, but when they are on a coffee break or just chatting to the people next to them, it’s incredibly surreal," said Bernardo. 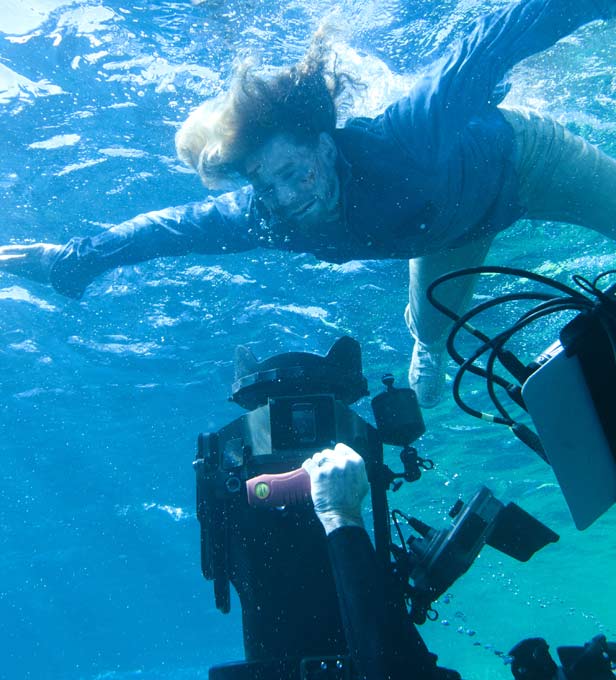 "That’s one of the reasons I love my job so much – it puts you in these sorts of scenarios, where it’s totally normal to have the infected walking around the set."

Fear the Walking Dead airs on AMC at 9pm on Mondays, exclusively to BT customers.

Episode one is available now on BT TV catch-up.

It airs on AMC – 332 on BT TV and channel 192 on Sky for BT Sport Pack customers. AMC is also available in HD on both BT TV and Sky with an HD subscription.