Glow season 2 on Netflix: When is it released? Everything you need to know

Leotards at the ready, Glow is heading back into the ring.

Embrace the 80s passion for Lycra and wrestling with Glow, the Netflix series featuring an all-female wrestling squad.

Based on the 80s TV series of the same name, it follows a group of unlikely first-time female wrestlers trying to convince TV bosses to commit to showing a series of their fights.

Glow is about to head into its second season – find out more about when it begins and what to expect.

GLOW big or GLOW home. The girls are back in town.

When is Glow season 2 available to watch?

You can catch up with the new series of Glow from Friday, June 29, when the second season episodes will be available to stream on Netflix.

[Read more: When is Luke Cage season 2 back on Netflix?]

What is the show about? 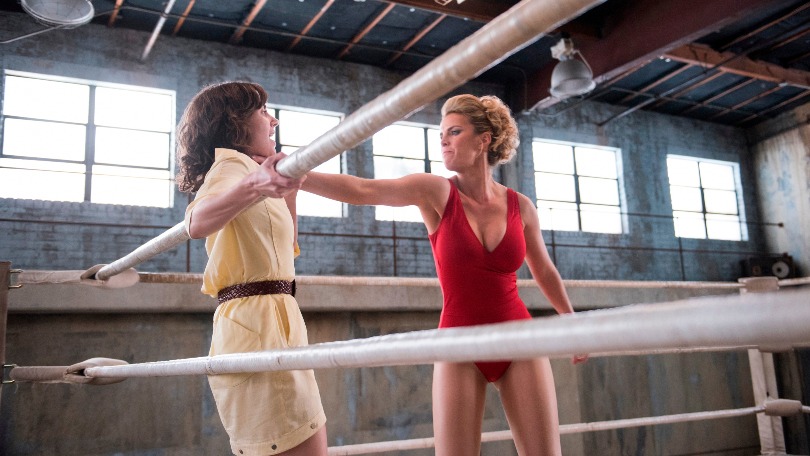 Step back in time to the 80s, when wrestling was huge and ladies-only competitions were just starting to grow in popularity.

The Gorgeous Ladies Of Wrestling (Glow) are pioneers in the sport – or, as viewers of series one will know, they’re sort of making it up as they go along.

Ruth is an out-of-work actress who takes herself very seriously, but desperation leads her to joining an all-female wrestling squad whose coach, Sam, is intent on putting together the most glamorous fights Los Angeles has ever seen.

All of the women are new to wrestling but the action in the ring becomes less staged when Sam recruits soap star Debbie, Ruth’s former best friend who is now her sworn enemy since finding out that her husband cheated on her with Ruth.

Series one saw the women getting to grips with wrestling moves and developing their show personas as the rivalry between Debbie and Ruth escalated, but where will series two take them?

Now that the team have secured their TV show, series two will go behind the scenes to show how they made the wrestling programme. 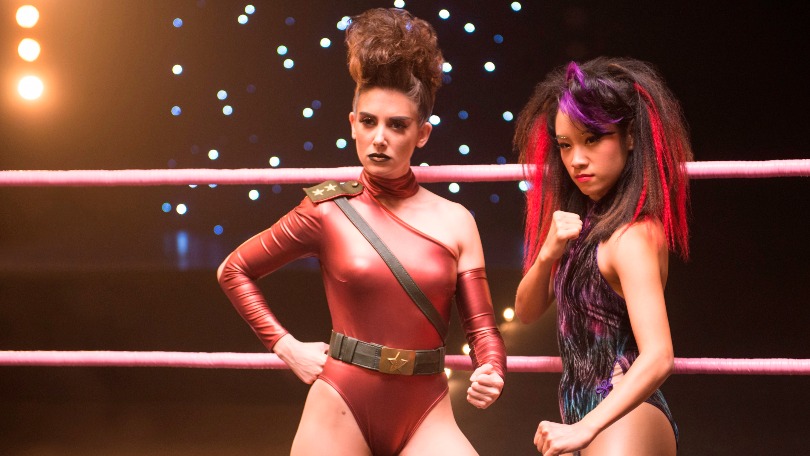 According to Deadline, Alison Brie, who plays Ruth, said: “The first season was all about training. In season two, it’s all about shooting the show Glow.

“We’re dressed in our wrestling characters almost all of every episode. It’s a lot more behind the scenes of the making of the show. There’s more on the production side and much less about learning how to wrestle.”

Who will star in the second series of Glow?

Expect to see all of your old favourites back for another round in the ring. 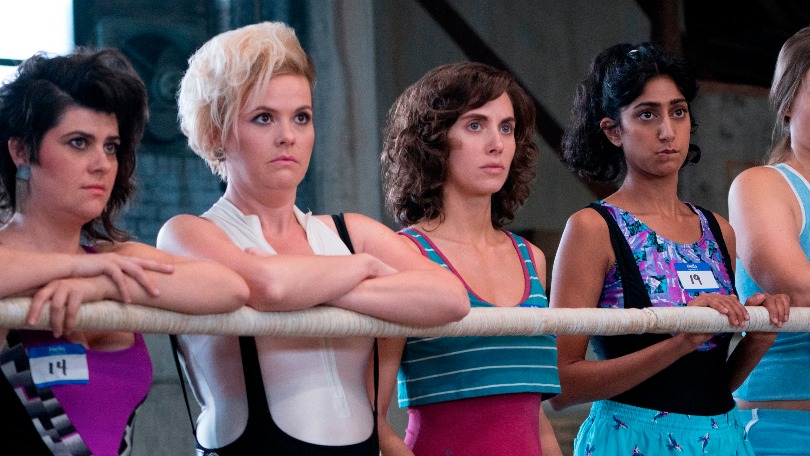 Marc Maron is back as the team’s grumpy coach Sam, and look out for London singer Kate Nash who will be reprising her role as Brit wrestler Rhonda.

Other stars of the show include Black Panther’s Sydelle Noel as Cherry, Britney Young as Carmen, Britt Baron as Justine, Kimmy Gatewood as Stacey, Rebekka Johnson as Dawn, and Sunita Mani as Arthie.

[Read more: When is The Handmaid's Tale back for series 2?]

The Glow team is completed by Marianna Palka as Reggie, Gayle Rankin as Sheila the She-Wolf, Kia Stevens as Tamme, Jackie Tohn as Melanie, and Ellen Wong as Jenny.

You can see the 80s-fabulous sneak peek at what’s to come in this musical trailer for series two.