The Great British Bake Off is returning soon on its new home at Channel 4 - but what has become of the victorious bakers since they raised the cake stand in triumph?

The Great British Bake Off 2019 starts tonight on Channel 4 with 13 new bakers preparing to step into the famous tent and have their lives changed forever.

Whether the contestants win or lose, they can expect book deals, TV appearances and possibly even a stint on Dancing on Ice - if they're unlucky,

Bake Off’s first-ever winner might have gone under the radar as the unlikely hit launched on BBC Two, but he still managed to carve out a pretty decent career from his victory. 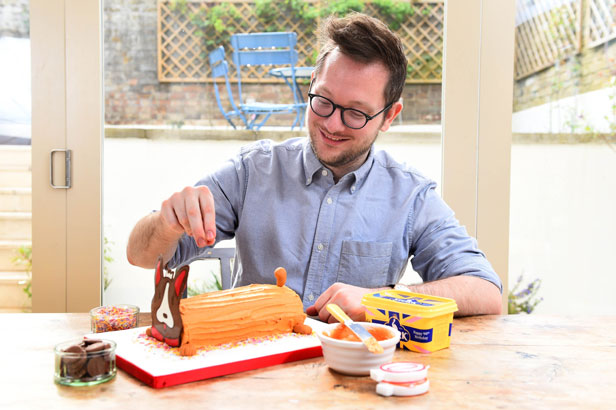 The former debt collector used to be the resident baker on the Alan Titchmarsh Show, has written about baking for magazines and newspapers and runs his own cake blog.

[Junior Bake Off: All you need to know]

Unassuming Wheatley was a popular winner for series two as the show’s fanbase started to grow.

She has published two cookbooks inspired by her success: A Passion for Baking and Home Baking.

Wheatley (below, second left) also runs a home cooking school, where you can take classes in cupcake-making, and has written for newspapers and food magazines as well as appearing on TV. 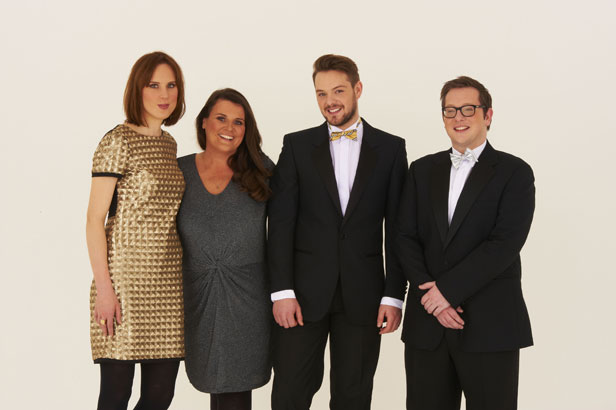 Next up to be crowned star baker of the series was John Whaite (above, second right), who went on to study for a diploma in patisserie.

He’s put his qualifications and success to good use by opening a cooking school in Lancashire and publised his fourth recipe book in October 2017.

Whaite’s TV career has taken off, too – as well as being a regular contributor to Lorraine and a guest on various other programmes, he co-presents ITV’s daytime cooking competition Chopping Block with Rosemary Shrager. 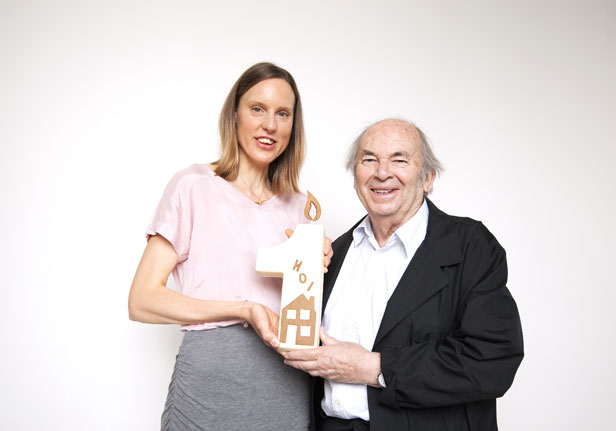 The name you’ll remember from series four is the outspoken Ruby Tandoh, but it was Quinn who ultimately picked up the cake stand and who has been quietly building her career in cake ever since.

Her debut cookbook, Quinntessential Baking, came out in 2015 and she has a very impressive list of private clients that has included Quentin Blake (pictured above with Quinn), Jools Holland and the Wimbledon Championships.

Quinn has also landed one of the best ambassador roles we’ve heard of – for the Cream Tea Society.

Grandmother-of-eight Birtwhistle was already retired when she won, but hurled herself back into the world of work with the backing of judges Paul Hollywood and Mary Berry. 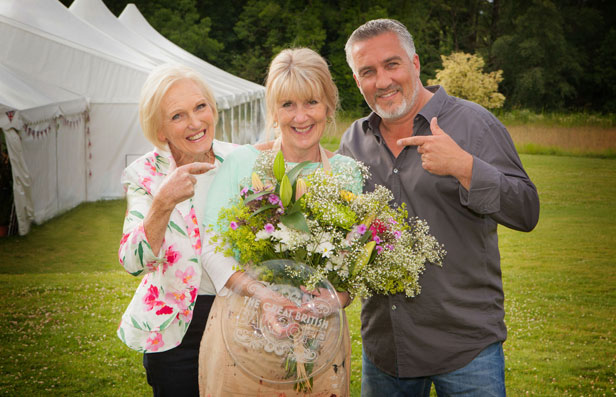 Birtwhistle is now a contributor to the Daily Telegraph, runs her own baking website, and travels the country giving baking demonstrations.

The biggest star to come out of the programme has to be Hussain, who has become a household name since scooping the top prize.

Not long after she was named the 2015 winner, Nadiya baked a 90th birthday cake for the Queen and made TV appearances as a One Show reporter and a Loose Women panellist. 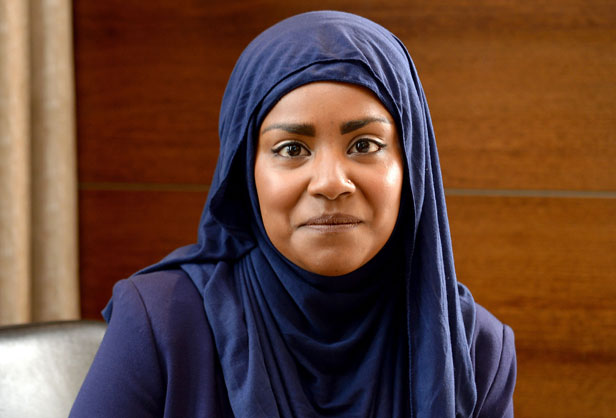 Hussain has published recipe books for adults and children, and in 2017 released her first novel, The Secret Lives of the Amir Sisters, with two more in the pipeline.

She is also now a star of foodie TV, having judged Junior Bake Off, presented food travelogue The Chronicles of Nadiya, fronted 2017 series Nadiya’s British Food Adventure, and presented the Big Family Cooking Showdown, the show which replaced Bake Off in the BBC schedules. In July she aired her second TV series, Nadiya's Family Favourites.

In 2016 her stardom was recognised by Debrett’s, who named her as one of the 500 most influential people in the UK, and she has also been a guest on Desert Island Discs.

The final Bake Off winner on the BBC was PE teacher Brown, who has since quit her day job to focus on baking full-time. 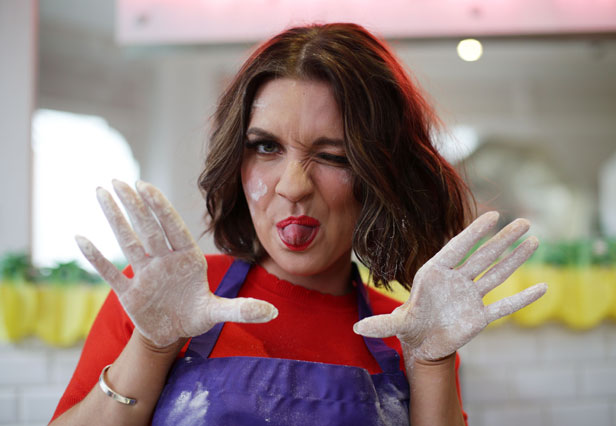 Her first recipe book was titled Comfort: Delicious Bakes and Family Treats, and she has appeared as a guest cook on This Morning.

Brown was briefly back on our screens at the beginning of the year, when she took part in the comeback series of ITV's Dancing on Ice.

She was partnered with Matt Evers, but only stayed in the competition for a couple of weeks before she was first to be voted out. 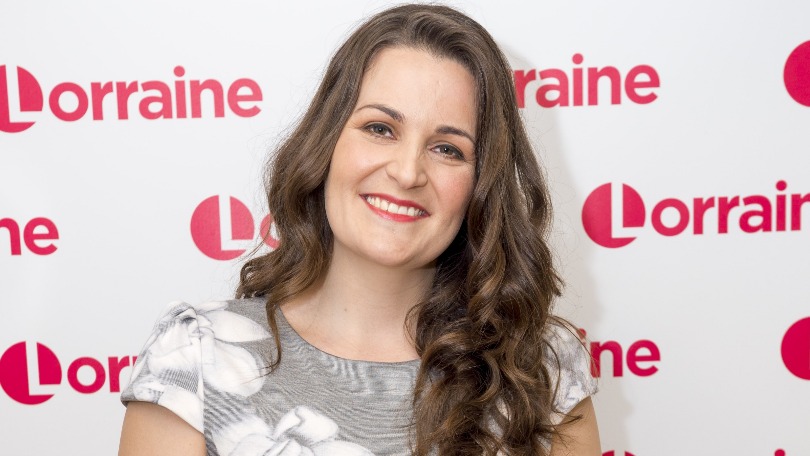 Royal Artillery officer Sophie Faldo had the honour of being the first winner after Bake Off's switch to Channel 4.

When you take into account unflappable Faldo's past achievements, it comes as no surprise she stormed to victory - she was an accomplished ballerina, a former surveillance consultant, used to be a ski-touring instructor, and was training as a stunt performer.

Faldo has been taking on special commissions since her victory, including making a gigantic cake for HMS Belfast.

Poor Rahul was possibly the most stressed-out contestant Bake Off has ever known, but he was equally adored by viewers.

Rahul's best, despite being superhuman in scale, was never quite good enough for the ambitious baker himself, leading to tears, anxiety, and some of the most incredible creations we've seen.

In an incredibly dramatic final, the heatwave of 2018 caused one of the glass ingredient jars on Rahul's bench to explode - meaning he had to start again after the other finalists.

However, he kept his cool under pressure and was crowned the winner, with plenty of TV appearances since his victory.

The Great British Bake Off airs Tuesdays at 8pm on Channel 4.

Never miss an episode on BT TV - watch on catch-up via the All 4 app.

It's Bread Week and the remaining bakers have a lot to prove with three tough challenges set by judges Paul Hollywood and Prue Leith. There is a Signature designed to be shared; a deceptively simple summer staple in the Technical; and an ambitious Showstopper that will test their steady hand and artistic flair. Only one can claim the kudos of star baker, while one, or even two, bakers will leave the tent for good.

[Read more: Who is Noel Fielding - Meet the new Bake Off presenter]

[Read more: Who is Sandi Toksvig - Meet the new Bake Off presenter]

[Read more: Who is Prue Leith - Meet the new Bake Off judge]

[Read more: Who is Paul Hollywood - Meet the new Bake Off judge]