How many episodes of Bodyguard are there?

Find out how many more episodes of the thrilling BBC drama you can enjoy, and lots more.

Bodyguard, the BBC’s thrilling new drama serial, has proven to be a hit with TV audiences and critics alike - garnering praise in the media for being “riveting”, “intense” and “dark and moreish”.

Viewers commenting on social media said they were gripped by the show, which focusses on a fractious and potentially dangerous relationship between a troubled policeman and the woman he is charged with protecting, a controversial politician.

Find out how much longer the show continues, when it airs, and what it’s all about, right here.

How many episodes of Bodyguard are there?

Bodyguard is made up of six episodes, each one an hour long.

The series began over the Bank Holiday, with the first two episodes airing on Sunday and Monday.

The remaining episodes will air for the next four Sundays at 9pm on BBC One. You can catch up with anything you’ve missed so far on BBC iPlayer.

What is Bodyguard all about?

Bodyguard is a drama serial written by the creator of Line of Duty and Bodies, Jed Mercurio.

The first two episodes of Bodyguard have introduced us to war veteran David Budd, now a Sergeant in the Metropolitan Police's Royalty and Specialist Protection Branch, who is assigned to protect Home Secretary Julia Montague. 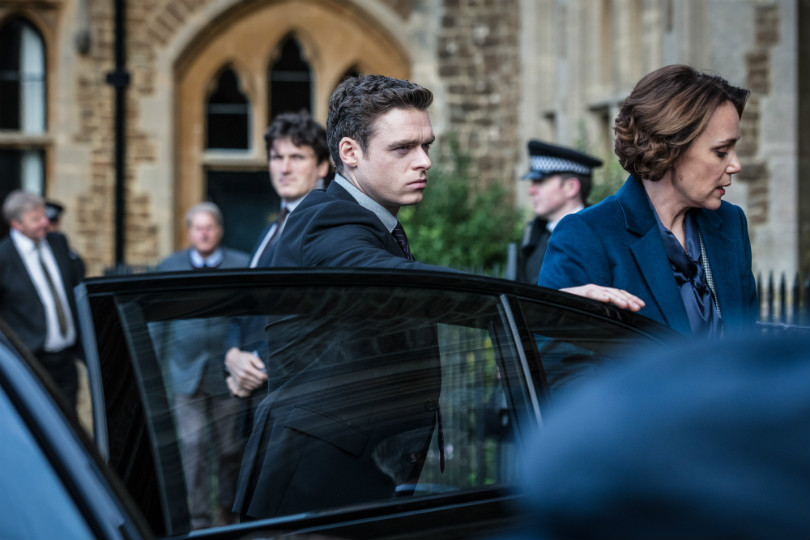 Montague is attempting to push a controversial counterterrorism bill through Parliament, and her ambition and outspokenness make her a target for potential assassins. Budd is a dedicated officer but, concealing a resentment of politicians after his experiences in Afghanistan, he could turn out to be the greatest threat to the Home Secretary…

Who is in Bodyguard?

Madden is best known for playing Robb Stark in the hit HBO show Game of Thrones, and has also had recurring roles in Hope Springs, miniseries Birdsong and Klondike, and a TV adaptation of Lady Chatterley’s Lover.

Hawes is a familiar face on British TV screens, with extensive credits that include Tipping the Velvet, Spooks, Ashes to Ashes, The Casual Vacancy, Line of Duty and The Durrells.

Bodyguard continues on Sunday at 9pm on BBC One.