I’m a Celebrity: The biggest ever controversies

Mistreated critters, pampered celebs, drama queens and skeletons in the closet have all thrown the jungle show into disarray while providing priceless entertainment.

Campers heading into the Australian jungle should know that they haven’t signed up for any old celebrity reality show.

I’m a Celebrity… Get Me Out of Here! is famed for its harsh conditions and tough challenges – but also for its meltdowns when things don’t go quite to plan.

[Read more: When does I'm a Celebrity begin?]

We take a look back at the biggest ever controversies the ITV contest has faced.

TV chef Gino D’Acampo was the winner of the 2009 series, thanks in no small part to his culinary skills around the campfire.

When your fallback meal is rice and beans, it certainly pays to have an inventive cook around, but things got a little too out-there when Gino and co-star Stuart Manning killed and cooked a passing rat.

The stunt landed them in hot water with Australian police, who wanted to charge the pair with animal cruelty, although luckily for Gino and Stuart the charges against them personally were dropped when ITV stepped forward to take the blame.

No matter how starving the campmates get, surely rice and beans beats barbecued rat every time?

[Read more: Which celebs are going into the jungle?]

The poor rat was not the only creature to suffer a controversial fate in the name of entertainment.

For years, animal lovers have been protesting that the jungle challenges can be traumatising, or even fatal, for some of their unwilling stars.

Huge numbers of insects and rats are bred each year specifically to provide the scream factor for tasks such as eating jungle critters, wading through tanks of creepy-crawlies and lying in confined spaces with them.

Things reached a head when wildlife expert Chris Packham wrote an open letter to presenters Ant and Dec and broadcaster ITV asking them to end the “abuse of animals”.

One of the show’s briefest jungle residents was Towie star Gemma Collins, who lasted just 72 hours in the jungle in 2014.

Gemma struggled with the programme’s demands from the outset, suffering an early panic attack when she got into the helicopter to take her to the camp.

But her breaking point was when she was forced to live off porridge for an early challenge, which made her fume: “People who murder get treated better than this. That’s the truth. Even a murderer gets fed three times a day.”

The GC made a final plea for a ham sandwich and a packet of Quavers, but walked when her request was refused, describing her experience as “hellish”.

[Read more: Where is I'm a Celebrity filmed?]

Posh reality star Spencer Matthews had a similarly short jungle stay in 2015, although he was desperate to stay in.

He had arrived at camp raring to go, but when it emerged that the Made in Chelsea star had been addicted to steroids which weren’t yet out of his system, he was pulled from the show on medical grounds.

Spencer explained: “My admission to the production team that I was still taking these pills led to the conclusion that it would be unsafe for me to stay in the jungle - a decision which I found extremely hard to stomach.”

Adding that he had been keen to stay, Spencer said he hoped to be invited back one day.

Charlie Brooks – better known as EastEnders’ Janine Butcher – may have been Queen of the Jungle in 2012, but viewers were outraged by one challenge which appeared to take advantage of her young daughter.

Kiki, then aged seven, took part in a task where if Charlie had opened the right door, she would have found her daughter behind it and got a hug.

However, she failed to open the right door and both went without their cuddle, prompting viewers to write to Ofcom to complain about child cruelty.

Although Ofcom found that Kiki hadn’t been distressed, producers had their knuckles rapped for failing to reassure viewers that she was OK.

We’d always regarded 'food doctor' Gillian McKeith as a tough cookie, so it came as something of a surprise to see her melt down at pretty much any opportunity during her 2010 jungle stint.

Gillian had just been nominated for her seventh bushtucker trial when she conveniently 'fainted' on live TV, leaving campmates accusing her of giving a Bafta-winning performance to shirk her responsibilities.

She also angered the other celebrities by refusing to even try to do one challenge, leaving them starving with no stars to exchange for food.

But Tory MP Nadine Dorries misjudged things in 2012 by jetting off to the Australian jungle while she should have been working and was briefly suspended from her role for failing to tell the party of her plans.

Nadine’s jaunt probably wasn’t worth it in the long run, as she later landed herself in trouble for failing to declare the fee she’d earned from I’m a Celebrity.

Sometimes celebrities just aren’t that nice to each other, and there’s nowhere to hide bad behaviour when the cameras are trained on you 24/7.

Homes Under the Hammer star Martin Roberts was on the receiving end of what looked like playground bullying in 2016, when actor Larry Lamb repeatedly laid into him over a variety of issues.

Larry wasn’t the only one to come off looking mean – Danny Baker and eventual series winner Scarlett Moffatt also prompted viewer complaints for the way they treated Martin. 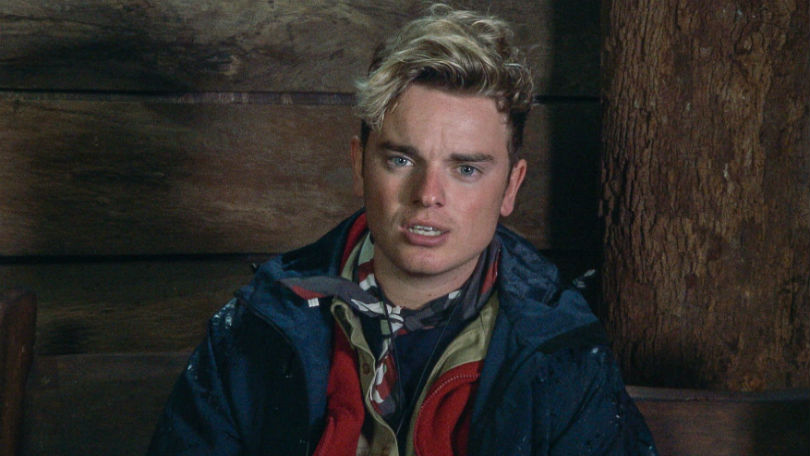 A primetime TV show can be incredible exposure for a YouTube star – just ask Joe Sugg, who’s currently strutting his stuff on the Strictly dancefloor.

But I'm a Celebrity... brought exposure of the wrong kind for fellow vlogger Jack Maynard in 2017. Maynard was forced to quit after just two days in camp when The Sun discovered racist and homophobic slurs among his old Tweets, along with posts that allegedly mocked people with facial deformities.

Jack’s management decided to pull him out so that he had the opportunity to comment on the story, and he apologised for the offensive messages which included one he had sent to a 14-year-old girl when he was 16 calling her an “ugly freak”. 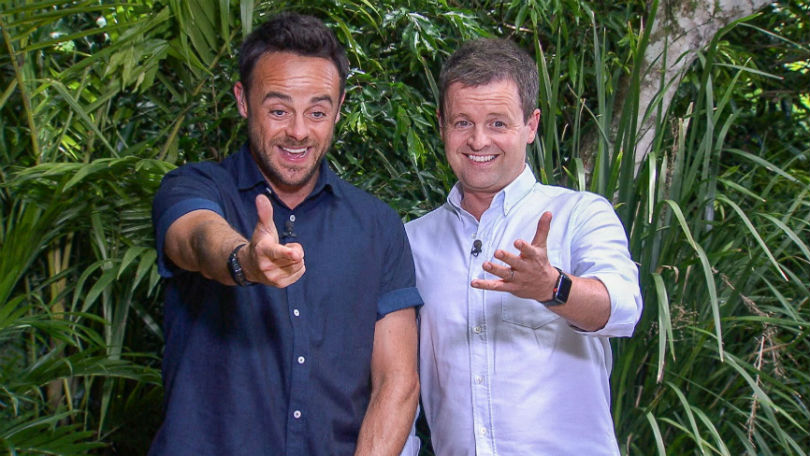 This was the one no one saw coming until Ant McPartlin’s personal struggles came to light in 2017.

Ant and Dec have presented all 17 series of the show so far, but Ant’s 17th appearance hung in the balance when he went into rehab for addictions to prescription painkillers and alcohol.

He made it back to work just in time to co-host 2017’s I’m a Celebrity, but after a tough year which saw him receive a record £86,000 fine for a drink-driving incident and divorce his wife of 12 years, Lisa Armstrong, Ant cancelled work for the rest of the year to begin treatment again - and that includes missing out on an 18th stint Down Under.

It might seem unthinkable that Dec would head to the jungle without Ant, but viewers will be in safe hands as he’ll be joined by ITV favourite Holly Willoughby for 2018.

I’m a Celebrity… Get Me Out of Here! returns on Sunday, November 18 at 9pm on ITV.