Lies, terror and super-sized twists: Why you need to watch Quantico

Priyanka Chopra’s explosive new drama series on Alibi is an addictive OTT treat, which will have you hooked.

Scrap your plans for Thursday nights for the next couple of months, new US drama Quantico is about to hook you in and leave you gasping as it delivers twists, thrills and edge-of-your seat action.

It’s 24 meets Homeland – with a dash of Lost-esque flashbacks.

Airing on Alibi – BT TV 312 and available on BT TV Catch-Up – its America’s hottest new drama of 2016, which has got everybody talking.

Starring an easy-on-the-eye young cast and packed with surprises, here are five reasons you should be investigating this FBI thriller. 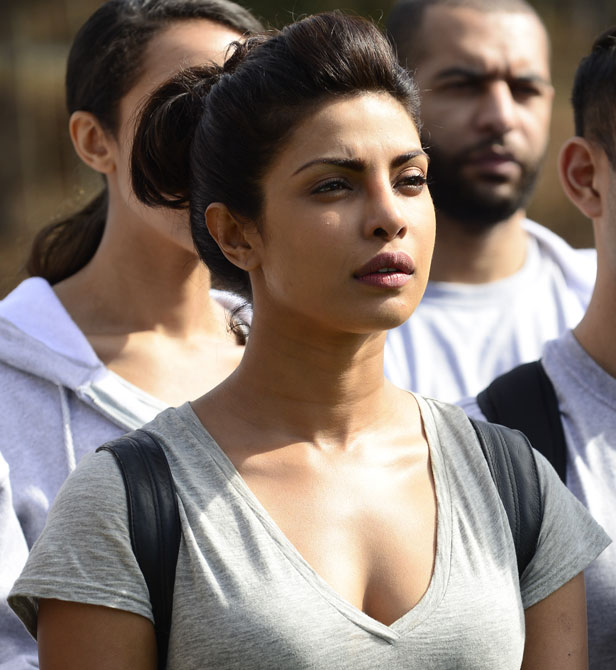 A former Miss World, a Bollywood superstar, a pop singer and now the hottest property in US television, find out what all the fuss is about as Priyanka takes on the lead role of Alex Parrish.

Describing Alex, Priyanka said: “She’s the female version of Jack Bauer from 24. She’s the female Jason Bourne. She’s bad-ass and she kicks ass – but within all of that, she’s also a sexy girl.

“Just because she’s an FBI agent, she doesn’t have to be macho about it. She’s still very feminine.”

2. It gets under the skin of the FBI

“You get to see a very different side to FBI  agents in our show,” said Priyanka.

“You get to see them as real people and you get to see what happens in their lives. To me, that’s fascinating. I can’t wait for people to see more.”

Writer Joshua Safran, who did extensive research with former FBI agents added: “We’re not creating a documentary; it is a piece of entertainment – but we definitely want it to be realistic. It has to have a authenticity.”

It’s hard to ignore the fact that the show’s young cast are glam, toned and look like they’ve walked off a catwalk. However, there is much more to Quantico than muscles and pouting.

“The best thing about Quantico is that it’s racy, but it doesn’t take your intelligence for granted,” said Priyanka. “I love to watch TV that makes me think – that’s exactly what Quantico does.”

Quantico is an OTT show in the very best sense, delivering a truck-load of Bourne-esque exploits.

“There’s a line in the show which I think aptly describe what happens at Quantico,” says Priyanka. “It describes how the students feel like they are training for the Olympics in the morning and the taking a bar exam in the evening.

Academics and physical training is crammed into 24 hours every day. It’s a pretty amazing place.”

5. You have no idea what will happen next

“A lot of shows have twists, but we call them 180s in Quantico because they make you look back over the episode you’ve just seen and they change your perception,” said Safran.

But don’t worry about unanswered questions and cliffhangers with no resolutions – Quantico will deliver on both promises the writer.

“Questions will be answered by the end of the first season and we hope that the audience will definitely feel satisfied. That’s our plan.”

BT TV viewers can also watch on Catch-Up for 7 days.

Click here to find out more about BT TV.