Thandie Newton and Jason Watkins steal the show in a nail-biting return for the BBC police drama that lives up to the hype.

Every series of Line of Duty has been more tense, thrilling and taut than the last.

The third series in 2016 was a phenomenal ratings hit, twisting and jagging with surprises and rounding off a three-series story arc about Craig Parkinson’s dastardly Caddy in one of the most jaw-dropping TV finales of all time.

Incredibly, writer and director Jed Mercurio may just have pulled it off.

Throw together an expanded cast, including Thandie Newton and Jason Watkins, a new case that has already got our heads spinning, and one of the greatest TV cliffhangers of all time, and you’ve got a Sunday night drama that rivals anything on TV in the UK or US right now.

After episode one’s closing chainsaw scene, here are 7 burning questions that we’re going to be puzzling over for the next week. 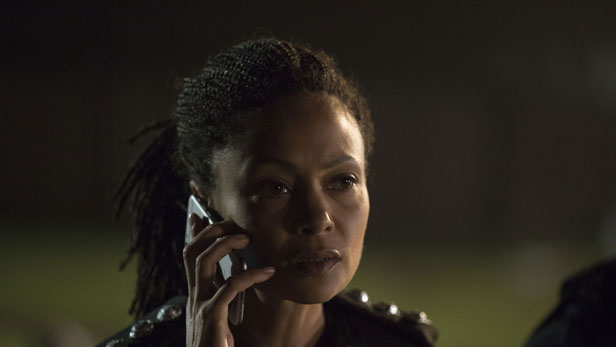 Line of Duty has a history of killing off major characters and using A-list talent to fool us into thinking that they’ll be safe for the whole series.

Jessica Raine and Danny Mays were bumped off in series 2 and 3 respectively and it looked like Thandie Newton might be heading the same way after unfortunate meeting with Tim Ifield’s kitchen surfaces.

However, Mercurio doesn’t like to pull the same trick twice and it looks like it might not be game over quite yet for Roz, as she opened her eyes in that stupendous final shot.

Is she too late to save herself? And would a forensic experts not check that she was 100% brown bread before preparing to chop up her body?

[Read more: Line of Duty series 4 cast and characters - Who's who]

2. Is Tim Ifield the balaclava man and out of control? 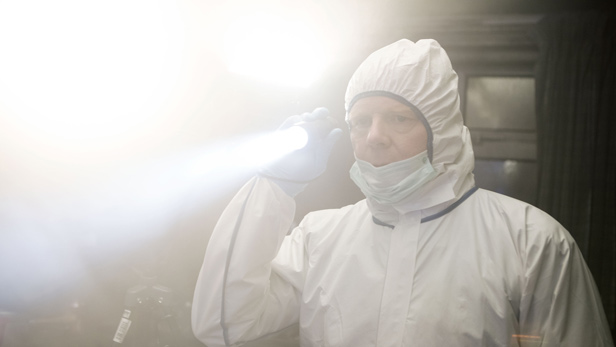 Nobody can pull off playing creepy and sinister quite like Jason Watkins. He manages to make a potentially innocent remark about a cleaner coming to ‘size up my flat’ sound chilling.

Thandie Newton was front and centre of all the advertising and press for series 4, but Tim’s forensic expert is the real key character this year.

Is he the real balaclava man and behind all the crimes that Operation Trapdoor are chasing? If so, why is he setting up other potential suspects and then going to AC-12 to cast doubts about them?

Trying to figure out what Tim might be guilty of and what his game really is has already given us a major headache.

3. What is Michael’s connection to the case? 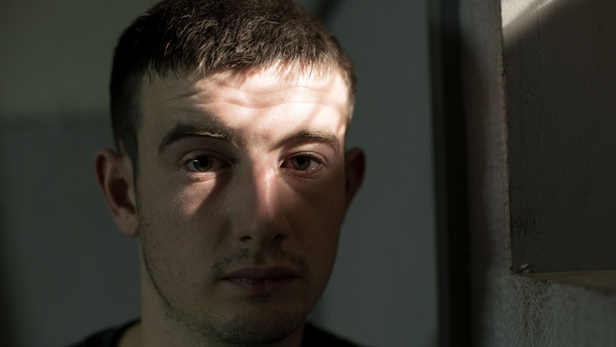 Roz has managed to make the Trapdoor case against Michael pretty much bulletproof. Whether that is through fair means or foul remains to be seen, but the poor chap definitely needs to get a new lawyer.

Are we being duped by Mercurio into believing that Michael is totally innocent? And if he isn’t guilty of crimes, what is his connection to the true master criminal? Has he been singled out because of his vulnerabilities and learning difficulties?

And how deseprate must Roz be to secure a police victory if she’s willing to ignore forensic evidence to simply place a man behind bars?

4. Why did Tim go to Steve Arnott?

Why was Tim so obsessed with speaking only with Steve (Martin Compston)? Does he believe Steve’s personal history makes him more malleable and easier to win over?

The detective didn’t exactly warm to Tim’s forensic science anecdotes, but his previous behaviour does suggest that he could make mistakes and be lured down a dodgy pathway with some flattery.

5. Why do we not trust the ACC Derek Hilton (Paul Higgins)? 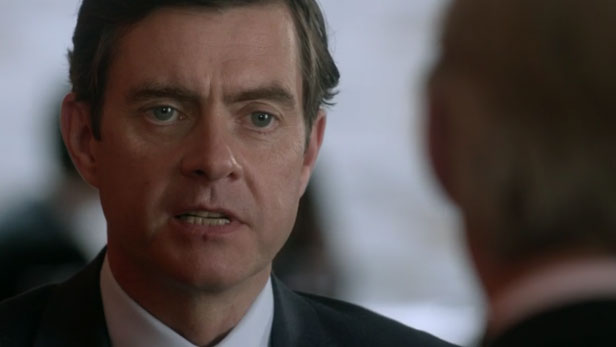 Roz’s boss first appeared on the show in series one, when Lennie James was the lead character. However, it’s been several years since we watched that run, so we can’t remember if he featured heavily and whether he was a wrong ‘un. That's something to investigate before episode 2.

However, something about his style and approach with Roz had us on edge. Hastings (Adrian Dunbar) quickly has his number during their awkward dinner date, but currently it just looks like a case of police officers being pushed too hard to crack cases. The corruption in Line of Duty always runs much deeper than that, so we’re expecting some twists to come with Hilton.

6. Is everything okay at home with Roz and Nick? 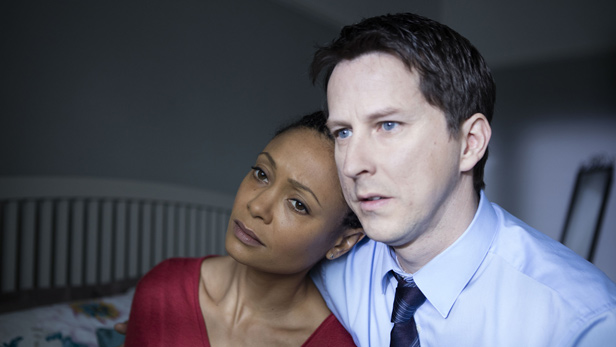 You don’t cast a great actor like Lee Ingleby unless the character is going to have a major role in the series – so what is going on in Roz's home life with Nick?

The lingering shot of Nick’s boot, the romantic messages about putting the bins out…Mercurio isn’t going to let the pair be any ordinary couple.

7. Will Steve and Kate’s relationship damage the case? 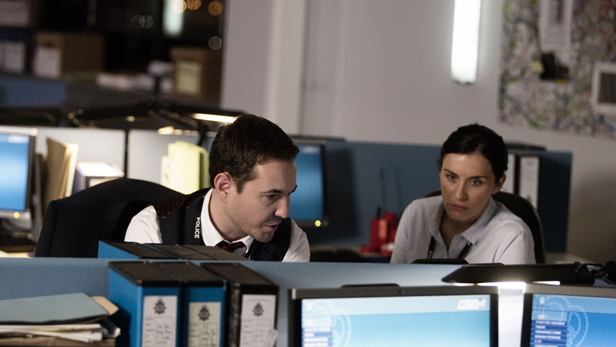 Kate (Vicky McClure) has won a promotion since series 3, but Steven remains on the same level. He’s taken his inspector exams, but Hastings is keeping him guessing about a step up to the next level.

There were some early signs of tension for Steve and Kate in episode one and their professional rivalry looks like it might be a recurring theme in series 4.

Did you enjoy the Line of Duty series 4 premiere? What do you think will happen next week? Have your say in Comments below.

Line of Duty airs Sundays, 9pm on BBC One. Missed an episode? Catch up on BBC iPlayer and BT TV Catch-Up.

[Read more: Line of Duty series 4 - Everything you need to know]