Love Island 2018: Who is Dani Dyer? Who is Danny Dyer’s daughter? Meet the barmaid and actress

How old is Dani Dyer? What's her job? Has she been on reality television before? Get the answers and more below...

Dani Dyer is the daughter of EastEnders actor Danny Dyer and is headed for reality stardom thanks to her upcoming appearance on this summer’s Love Island on ITV2.

Who is Dani Dyer? 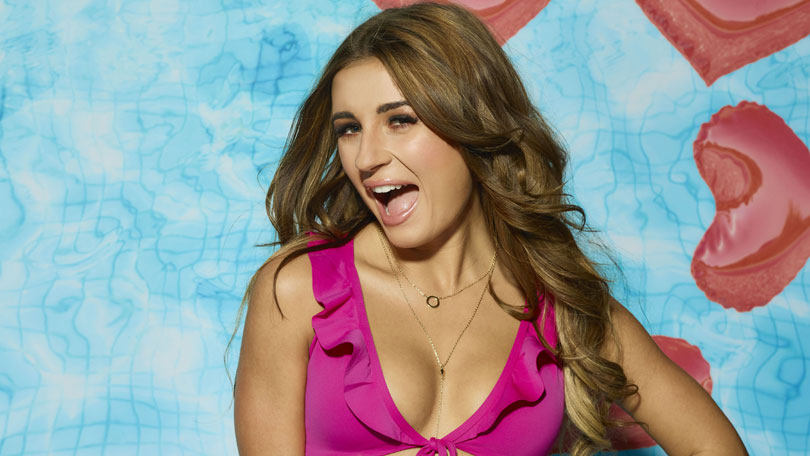 Dani is 21-years-old and is the eldest daughter of 40-year-old Danny Dyer. Danny has been a working actor since the age of 14 and has starred as Mick Carter on EastEnders since 2013.

Dani has two younger sisters and grew up in Newham, East London. She currently works as a barmaid at The Owl pub in Loughton, Essex, and claims she knows how to pull the "perfect pint".

But she is far more than just another pub employee. Dani is also an actress, and has appeared in multiple films, including several Danny Dyer movies such as Vendetta and Run for Your Wife.

Last year The Sun even published a story which insinuated dad Danny was keen to get Dani a role on EastEnders and she has visited the set several times.

Has Dani been on reality telly before?

This is not Dani’s first time at the rodeo reality television wise, as she also appeared on Survival of the Fittest on ITV2 earlier this year.

However, her appearance on the battle of the sexes competition show was short-lived, as she dislocated her shoulder during its first challenge. The severity of the accident forced her to quit the show.

Dani will hopefully stay on Love Island a little longer than her ill-fated Survival of the Fittest appearance but says her biggest worry about going into the villa is the dating aspect.

“The whole dating thing. Dating has never been great for me," she said.

"It’s such a personal thing you’re doing it on national television. Falling for someone, not liking someone, letting someone’s feelings down. I’m the sort of person that would rather be hurt than have to tell a boy I don’t like them.”

And she even says dating has been awkward in the past because of her famous dad: “My most disastrous date was when a boy told the waitress who my dad was! We were sitting and then he tapped the waitress on the shoulder and said ‘do you know who her dad is?”

When is Love Island on?

The third series of Love Island will start on Monday, June 4th at 9pm on ITV2 with presenter Caroline Flack and comedian and narrator Iain Stirling returning.