Luther series 5: When is Luther back? When does it start? Who is in the cast? Will Alice return? Everything you need to know

Get up to speed on the latest news and rumours about the long-awaited fifth series of the grisly murder drama.

Christmas has come early for Luther fans - Idris Elba will be putting the famous coat back on for another dark and terrifying adventure on BBC One.

It's been three years since Luther was last on TV, but it will be back at Christmas and there will be some very familiar faces in series 5.

When is Luther next on? How many episodes are there? 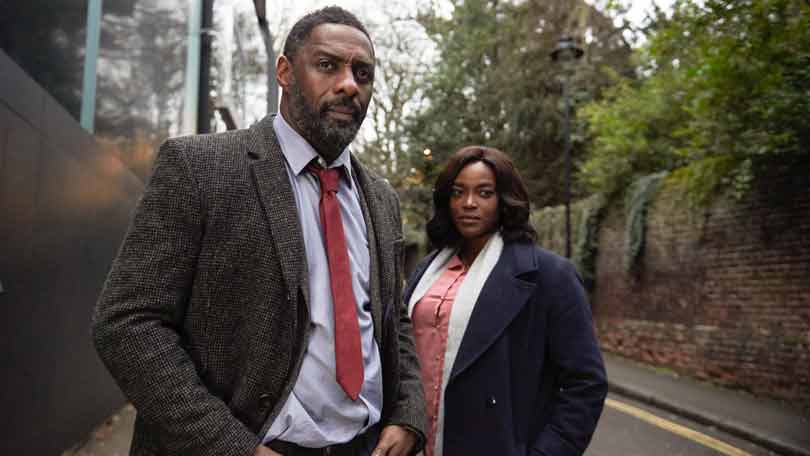 A serial killer on the loose might not scream 'Happy Holidays', but the BBC has confirmed that Luther will headline their Christmas TV schedules in 2018.

The four-episode series will premiere on New Year's Day at 9pm on BBC One.

It airs every week night this, concluding on January 4th at 9pm.

Make sure you stick with it to the very end and keep your eyes peeled for a blast from Luther's past.

What do we know about the new story and plot?

The BBC has revealed a short amount of details about the new four-part series.

"When the moonless shadows of London give birth to a new nightmare, DCI John Luther played by Idris Elba is once more called to immerse himself in the deepest depths of human depravity.

"While the monstrous and seemingly indiscriminate killings become ever more audacious and public, Luther and new recruit D.S. Catherine Halliday played by Wunmi Mosaku are confounded by a complex tangle of leads and misdirection that seems designed to protect an untouchable corruption. But even as the case brings him closer than ever to the true face of evil, a reluctant Luther is forced to confront the unburied demons of his own recent past. Striding back into the line of fire, he must choose who to protect and who to sacrifice.

"Whatever his next move, it will have devastating consequences for those around him - and change John Luther forever."

Talking about the new series when it was commissioned in 2017, writer Neil Cross said: "Now what? It’s a question Idris and I get asked a lot. What happened to John Luther after we last saw him striding unbowed through the streets of his city, his blood red London? It can’t be over, can it? There’s so much we don’t know. So much unfinished business.

"The thing is, we’ve been asking ourselves the same question. Because we love John and wonder what he’s up to. And as for me, I’m scared of the monsters. The face at the window. The hand under the bed. The shadow at the end of the street. Who’s going to stop them, if not John Luther?

"Now what? Luther’s coming back. That’s what.” 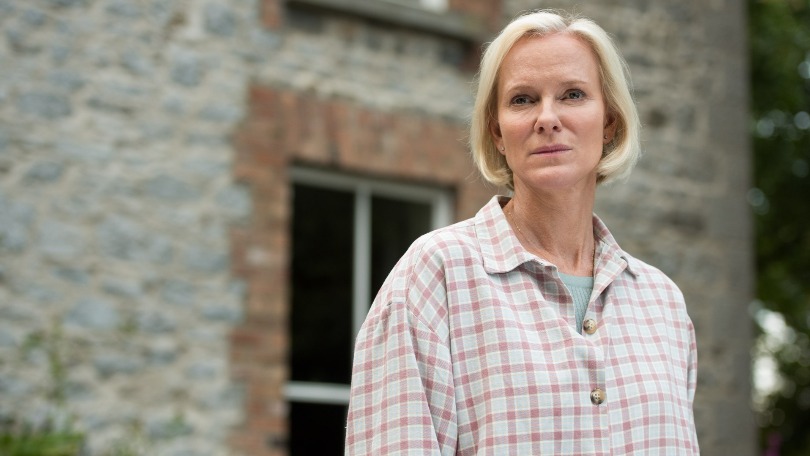 Hermione Norris will join the cast of Luther for the fifth series.

The Cold Feet actress, 51, will star alongside Idris Elba and Wunmi Mosaku in the BBC one drama series.

She will play the character of Dr Vivien Lake, described as “a well-respected psychiatrist who cares for some of the most vulnerable of society”.

Dr Lake will be called upon to help Luther solve a spate of “monstrous murders”.

Since appearing in drama comedy Cold Feet, Norris has gone on to star in Wire In The Blood with Robson Green, as well as the BBC’s Bafta award-winning spy drama Spooks.

She was recently seen in ITV crime drama series Innocent, which told the story of a man who is released from prison after being accused of killing his wife.

The first teaser for the show's return was released in the summer.

The 20-second teaser features Idris Elba, who plays DCI John Luther, breathing heavily as his shadowed frame walks towards the camera down a darkened corridor.

As his face comes into view, the message “this will hurt” flashes up on the screen.

Luther is back!
Coming soon to @BBCOne and @BBCiPlayer pic.twitter.com/D22UmSu2e7

The trailer finishes by announcing Luther will return to BBC1 and iPlayer "soon".

Series five will contain four episodes and is penned by Neil Cross. 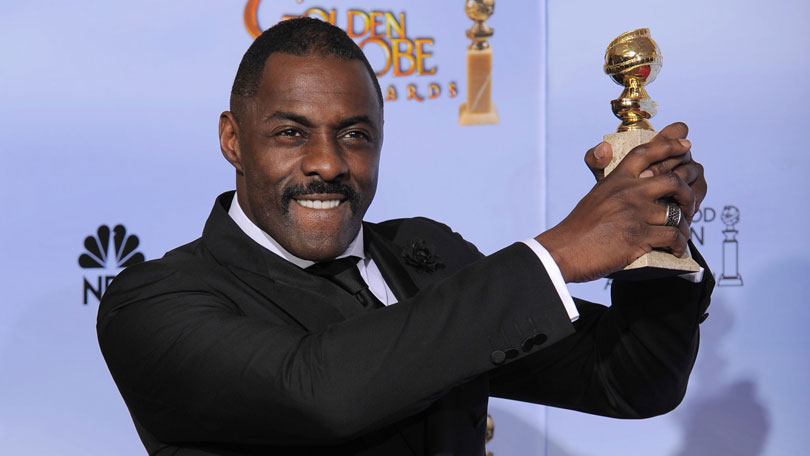 Of course, there'd be no show without Idris Elba in the lead role of troubled police chief DCI John Luther.

The Golden Globe-winning actor is every bit as excited as his fans to be back on set, and said: “It’s good to be back in London, back in the coat”.

Viewers will be pleased to hear that Dermot Crowley will also return as DSU Martin Schenk, Michael Smiley will be back as Benny Silver, and Patrick Malahide will reprise his role as George Cornelius.

[Read more: Everything you need to know about Hard Sun]

Get ready to welcome a new cast member in Wunmi Mosaku, who will join the series to play the force’s new recruit DS Catherine Halliday.

Sadly, we bid farewell to Warren Brown as Luther’s previous sidekick DS Justin Ripley last series after his character was shockingly killed off.

What everyone really wants to know, though, is whether their favourite villain will be back to continue her complex friendship with Luther…

Will Alice be back for series 5? 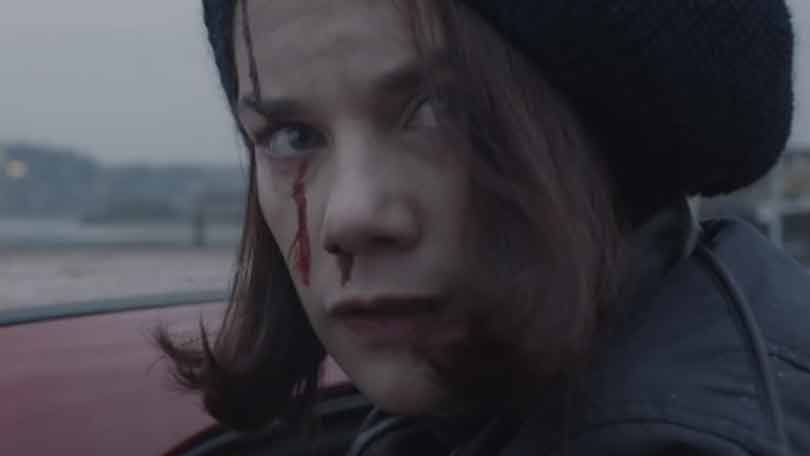 There's only one character who can even come close to commanding a similar fan base to Luther himself, and that’s super-smart killer Alice Morgan.

Played by Ruth Wilson, she’s incredibly skilled at covering over the tracks of her crimes and pulling the wool over people’s eyes about her true nature.

She found an unlikely kindred spirit in Luther and the pair’s connection was a large part of what made the series so compelling – so it came as a blow to fans when Alice appeared to have been killed off-screen and was absent from series four.

However, the trailer for series 5 features a split-second shot of Alice, alive and as terrifying as ever.

The trailer features the quotes: "I always thought she would be the end of you" and "I think she will be the end of us all", before the ominous shot of Luther's long-term foe.

What can we expect to happen to Luther? 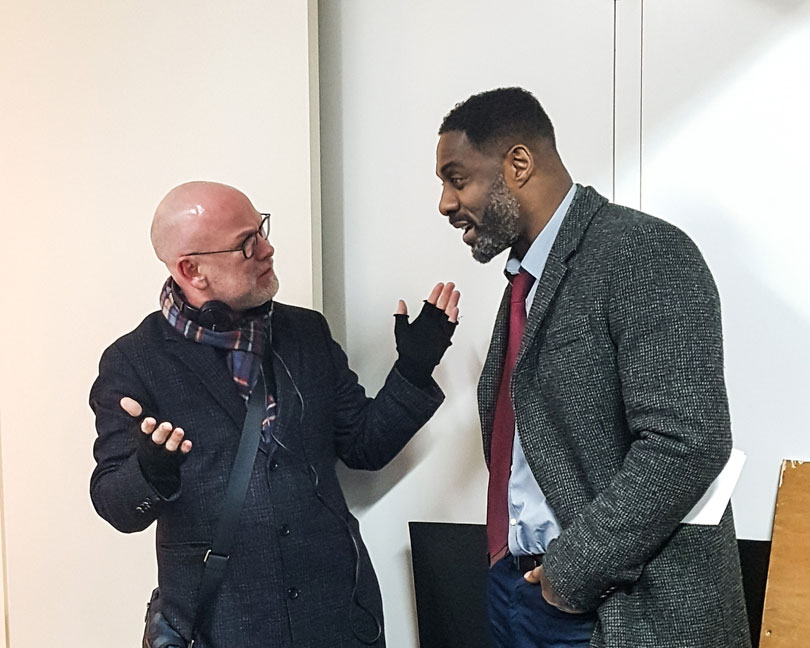 One thing's for sure, you can always expect a sleepless night after watching Luther, and show creator Neil Cross says that isn't about to change in series five.

He said: "We missed John Luther. We missed some old friends. And we wanted to make the biggest, scariest, darkest, most thrilling series of Luther there's ever been. So that's what we’ve come back to do."

Luther must confront a demon from his past, as both the police and Cornelius (Patrick Malahide) converge on his home.

With Halliday (Wunmi Mosaku) convinced that the body in the morgue isn't their killer, can Luther put his own troubles to one side and find the true murderer before he strikes again?

Luther airs back to back episodes from January 1st to 4th at 9pm on BBC One.