McMafia – Meet the cast and characters

Get up to speed with everyone you need to know in the new drama about the dealings of a Russian mafia family exiled in London.

The action centres on a Russian family living in exile in London, with the characters’ complex relationships driving the story.

[Read more: Everything we know so far about McMafia]

[Read more: McMafia episode 1 review - did it match the hype]

Find out more about the stars of the show and the actors who will be playing them in what is sure to be one of 2018’s stand-out hits. 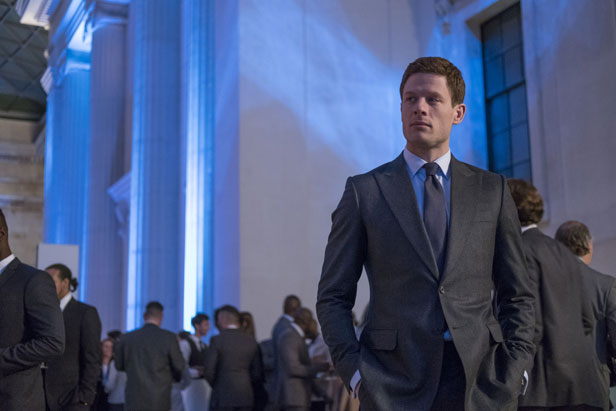 Alex is the central character trying hard to keep on the straight and narrow while violent events outside of his control draw him deep into the criminal underworld.

[Read more: McMafia viewers hit out at BBC over subtitles]

The English-raised son of Russians who are in exile in London thanks to their mafia connections has been toiling to make a success of his own legitimate business. But when his family’s murderous past catches up with them, he is forced to think again about his values in order to protect the people he loves.

Alex is played by James Norton, who starred as a psychopath criminal in Happy Valley, a clergyman-turned-investigator in Grantchester, and featured in period drama adaptation War & Peace.

After being introduced as the jovial and fun-loving uncle of Alex Godman (James Norton), Boris met a shockingly cruel end in the first episode of McMafia.  Boris, who was close to his nephew, was suddenly killed by two men in a bloody reprisal attack on a rival mafia boss.

David Dencik portrays Uncle Boris in McMafia. Viewers may recognise the actor from the second season of Top of the Lake: China Girl, which aired earlier this year.

The Swedish-Danish actor portrayed the sinister villain Puss. He has also had parts in the films Girl with the Dragon Tattoo, War Horse, and John le Carré thriller Tinker, Tailor, Soldier Spy.

His previous TV shows have included The Borgias and Follow the Money.

Alex’s girlfriend Rebecca is morally upright and far removed from the seedy world of the mafia. How will she cope with revelations about her partner’s family and their past?

So far, Alex has been trying to build a life with Rebecca that is free from any kind of legal trouble, but things are about to change massively for them.

Juliet Rylance has featured in A Dog’s Purpose, Frances Ha, and the TV series American Gothic and The Knick. Juliet is the daughter of Wolf Hall star Mark Rylance. 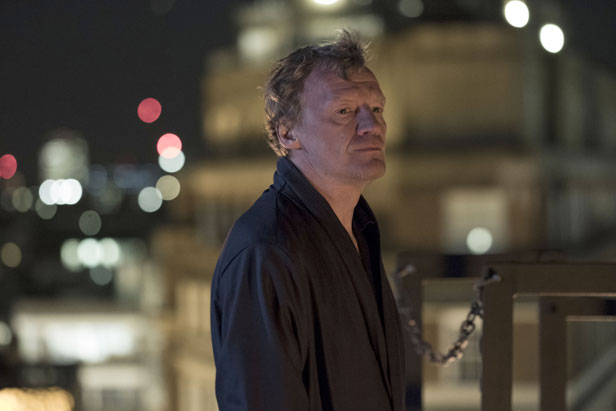 Overseeing the Godman family is Alex’s father Dimitri, who is the exiled head of the Russian mafia – surely making him a target for all kinds of trouble.

We’re looking forward to discovering more about what it is that Dimitri did to send him into exile, and what the extent of his mafia connections were.

Aleksey Serebryakov is known for his work on films Leviathan and Cargo 200, as well as various Russian TV series.

Socialite Oksana is Alex’s pampered and glamorous mother, who is at the heart of all of the family’s secrets and relationships.

Oksana surely knows far more about the family’s past than her children, but how much of this will she share with them, and how clean are her hands when it comes to past crimes?

Mariya Shukshina has had a long-running career in Russia where her work has included successful TV series and films as well as an award-winning performance. 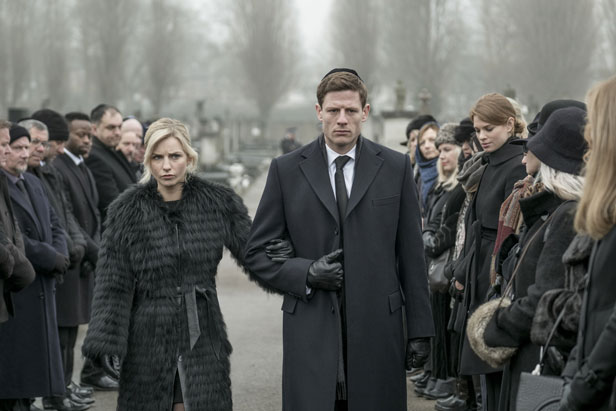 Katya is Alex’s sister, who is also living in exile in London and who has her own role to play in the family’s complex world of connections.

We don’t know yet whether Katya, like Alex, will prefer to turn her back on any dodgy links or if she will be a willing part of the family business.

Faye Marsay has appeared in Need For Speed and Pride, had a stint in Game of Thrones, and starred as Nina in the TV series Love, Nina.

[Read more: Meet the cast and characters of Bancroft]

Semiyon is a well-connected Israeli businessman – but what secrets is he hiding beneath his suave exterior?

As one of the few characters listed outside of the Godman family, Semiyon must have an important role to play in the plot and could be a link to their past.

David Strathairn has starred in such Hollywood hits as Good Night and Good Luck, The Bourne Legacy, American Pastoral, and Godzilla, while his TV credits include The Blacklist.

Antonio is a man of mystery, a gangster working for a Mexican cartel who manages to keep his origins and identity private so that no one knows who he really is.

We get the feeling that Antonio is set to be a particularly menacing character, and it sounds as though his story will be one worth waiting to find out.

Caio Blat has had a successful career in his native Brazil across TV and film, and has worked on various English-language projects.

Vadim is the brutal mob boss and family man who originally ran the Godman family out of Russia. The two families paths cross again at the start of the series.

Georgian actor Merab Ninidze moved to Austria in the 90s, and works mostly in Vienna and Berlin.

UK viewers will recognise him from Steven Spielberg’s Bridge of Spies and Channel 4 foreign-language drama Deutschland 83.

McMafia begins on New Year’s Day at 9pm on BBC One.