The breakout star of Million Dollar Listing NYC talks to us about the dramatic new season and whether children will be the next step for him and wife Emilia...

Over the last seven years Ryan Serhant has transformed from a struggling American actor to one of  the most successful real estate agents in New York City and the breakout star of popular reality show Million Dollar Listing New York and even his own spin-off series, Sell it Like Serhant.

How has he managed it? And has reality television changed him? We chatted with the reality star to find out... 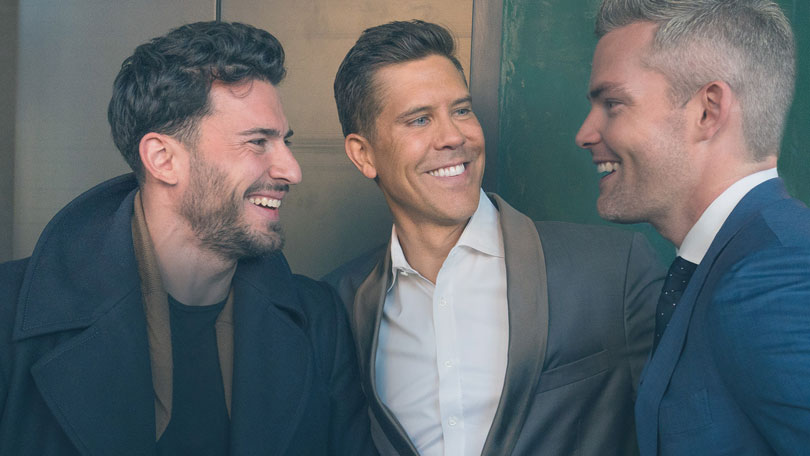 The new season has a lot of talk about starting a family from a personal angle. I have been married two years now we're so trying to manage that work/life balance and trying to figure out when the right time is. We see me take on some of the largest listings and projects of my entire career and this season is the most up and down ever!

[Exclusive: Brie Bella on wrestling comebacks, being a mom and Total Bellas]

The market in New York over the last year has been very volatile at times. Our show really captures this as we sell real estate in the city; we were filmed over nine months so the viewers will really see how up and down it is for all of us, and how stressful it can be for me!

Why do you think the market has bee​n so volatile in the last year?

You have rising interest rates in New York and an excess of inventory. There are a lot of apartments on the market: in Manhattan alone there are about 10,000 homes for sale and that’s just what is publicly listed. On top of that we have all these new development projects with thousands upon thousands of apartments that are available for sale that aren’t publicly listed.

[Exclusive: NYC Housewife Luann talks arrest and getting back in the studio]

In the opening episode of the first season it seems like you will have some issues with your co-star and fellow real estate bro​ker Steve Gold – what’s going on there?

You'll have to wait and see! Steve reminds me a lot of myself seven years ago. When Million Dollar Listing first started I was fresh to the business – even though Steve has been doing it as long as I have – and a way that I defended myself was by being a smart ass.

Now I am at a very different place in my career and any jabs that Steve throws out I take them personally, where a couple of years ago I probably wouldn’t have. I’m not trying to be a hypocrite but there's always a time and place for when you want to talk about things. 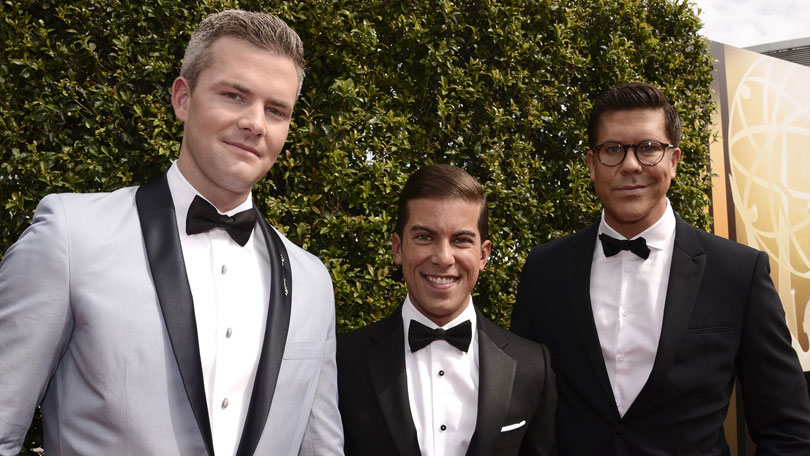 In the past seasons we’ve seen you have various feuds with your other co-star and broker Fredrik Eklund. Would you say you two ​get on better now?

Yeah we have grown up in the business together. We started out on the show together and we met back in 2010 and it’s been an up-and-down rollercoaster. We’ve learned a lot and matured a lot, he now has two beautiful little babies and is a dad. We’ve both changed a lot.

Has seeing Fredrik wi​th his twins made you and your wife Emilia broody at all?

I’m really happy for him! He’s said he wanted kids since the day I met him and his dream has come true. We do want our own children in due time but it is whenever it happens! When we have ours it will be great.

What is your former c​o-star and fan favourite Luis up to and will he ever be back on the show?

I don’t know! But he’s just moved back to New York literally this week. I don’t know what he is up to yet but whatever he puts his mind to he will succeed at.

You used to be an act​or and were a bit of a soap star, how did you make the transition from acting into real estate?

I had no money, I was broke! I was trying to be an actor but I didn’t have any income so it was hard for me to pay the bills. I got my real estate licence to help pay rent: that was back in 2008 and 10 years later I’m still here!

Would you ever get ba​ck into acting?

I did a movie a couple of years ago with Ben Stiller called While We’re Young but other than that I really do love real estate. I love building my team and doing Million Dollar Listing, I have the best of both worlds – this allows me to still be on camera while running a large business.

How has reality stardom ch​anged your life and do you have any regrets?

It definitely makes everything very public but it has changed my life. I was a small real estate evidence trying to figure out life when I was cast on the show and now I have the number one real estate team in all of New York City. I’m very thankful and humble so really no regrets. Looking back there are certain things I wouldn’t have said, but you can say that about all of life. I’m very lucky.

It’s such a popular show: wha​t do you think makes it so universally appealing?

I think that people will always have a fascination with New York real estate. Being able to look behind the walls of all of these beautiful buildings and see what is really going on inside there is something people are naturally curious about.

And seeing us sell a $20 million dollar home really is very exciting to watch. And then there is the personality of all of us – what is our job like. What it is to be a real estate agent in this crazy city with these crazy clients.

Do you have any advice for aspiring luxury r​eal estate agents?

Don’t try to do it by yourself, make sure you work with someone who is a veteran in the business. Partner with somebody who really knows what they are doing as otherwise the business is just too hard and tough to figure it all out on your own

The new season of Million Dollar Listing NYC is available to stream on Hayu and past seasons are played on ITVBe.