Aidan Turner is back in his breeches for a fourth series of Poldark, but while fans lap up the Cornish drama, he explains why it can leave him cringing at times.

Poldark fans might be waiting with baited breath for the return of the brooding Ross Poldark, but the man responsible for breathing life into the character has difficulty watching at times. It's the accent, explains Dubliner Aidan Turner, who adopts "a Posh British accent" for the Cornish drama.

"It's not always on point really," he laughed. "That's why it's quite difficult to watch sometimes. You hear it slipping quite a bit."

[Read more: Everything we know about Poldark series 4]

The popular drama soon returns to our screens for season four, with a whole load of new angst for Poldark and co to face. 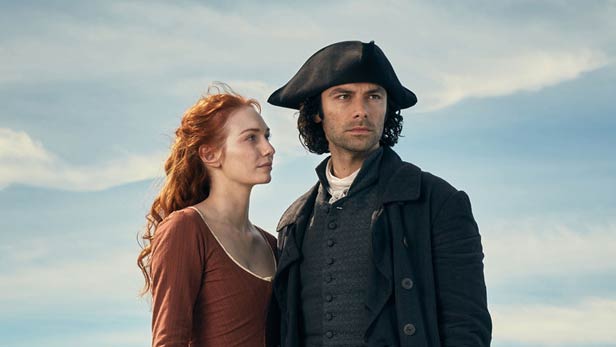 At the end of series three, viewers were shocked and heartbroken to see Poldark's wife Demelza (Eleanor Tomlinson) fall for the charms of Hugh Armitage (Josh Whitehouse).

It's something that will have a huge effect on the couple's relationship in the forthcoming series, as Aidan explained.

[Read more: 7 real Cornish locations you can visit from Poldark]

He said: "Ross is not entirely sure what has or hasn’t happened with Hugh and Demelza but regardless, this affects him a lot because he realises there were more emotions involved than if it was just a fleeting attraction.

"He sees that Demelza has fallen for Hugh and he understands what this is about because he has been through the same experience with Elizabeth. He knows it is complicated and that there is a lot at stake.

"Ross doesn’t want to lose Demelza, he realises how fragile their relationship is and how awfully he has treated her and what it feels like to be at the other end of that, which is something he has never experienced before." 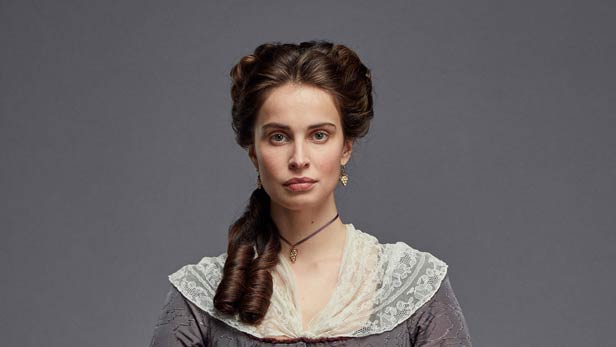 Elizabeth's marriage was also rocked by recent events, as she cheated on her husband George with ex Poldark.

In series four, we will see Elizabeth trying to strengthen her relationship with her husband and Heida says that for once they are a happy couple.

She explained: "Elizabeth is very good at turning a blind eye to the more severe things that George gets up to. She sees what she wants to see in him and that is why she loves him so much.

"People may think that she is trapped in a loveless marriage and they may not understand why she has married him. At first it had everything to do with security but now there is a real mutual love, respect and understanding. They really get off on aiding each other in their rise to the top, within their world. She is the perfect right hand woman, the perfect partner for him and he is brilliant for her as well." 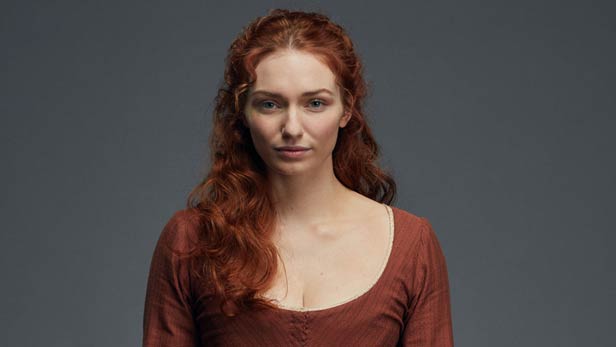 It isn't just the viewers who will be reeling from Demelza's affair in series three - she will also have to confront big questions about her relationship with Poldark.

Eleanor said: "The fans are rooting for Ross and Demelza because that is who they love. They know as well as Demelza and Ross do, that they should be together and that they work well together.

"What was great was that the fans seemed to really embrace the fact that Demelza did go off with Hugh in the end; they had a positive reaction to that which I wasn’t expecting. They understood Demelza’s actions because Ross was not showing her respect nor was he leading by example and so most people have been very much ‘Go Demelza!’ which has been amazing. It’s wonderful to feel the fans supporting her." 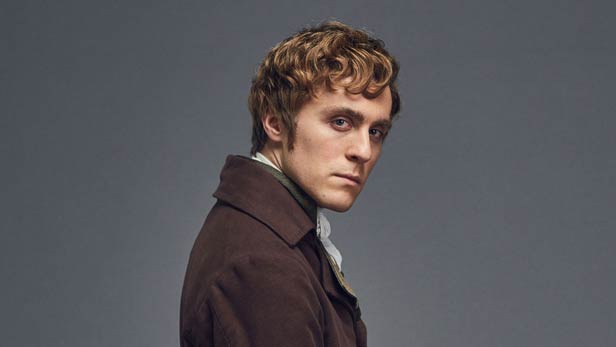 The rivalry between George and Poldark steps up a level in series four, thanks to a fight over Westminster.

Poldark ends up beating George and taking his seat in Parliament, which means that he is in London, away from Demelza and Cornwall, for weeks at a time.

His new position of power is a great starting point for defending Cornwall from George, but fans will know that George is unlikely to take his change in fortunes lying down.

Jack said: "George faces a humongous, professional loss early in the series. He prides his political power right up there with his relationship with Elizabeth and to have that in jeopardy is terrifying so that motivates and energises a whole new spark in George. Having been knocked really far off his perch, he climbs up and up until everything seems to be going well for him and he is commanding a huge amount of authority in Cornwall.

"He gets everything he has ever dreamed of, he reaches the absolute pinnacle of success and happiness and then a heartbeat later his entire world collapses."

Abusive cleric Reverend Whitworth has treated wife Morwenna appallingly - raping her, cheating on her with her sister, and hoping for her death in childbirth.

Series four sees Morwenna continuing to be oppressed by him, but as we've been promised that things will gradually start to look up for her and lover Drake, we're hoping that there may be some light at the end of the tunnel for her.

Ellise said: "What I have been hearing from series three is that people really like Morwenna and Drake together and are rooting for them to be together which is wonderful." 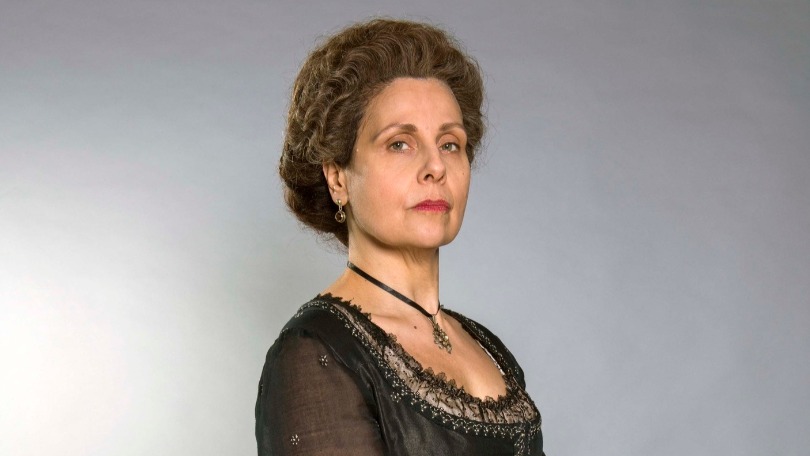 The arrival of Morwenna's mother in law could be set to make life even more difficult for her in series four.

Ossie's mother Lady Whitworth, played by The Thick Of It star Rebecca Front, is described as a formidable character, so is sure to be one to look out for in the new episodes.

Rebecca said: "Having watched the show as a viewer, my first thought was 'I hope she’s coming to sort Ossie out' but then of course, dramatically it is so much better that she doesn’t. It is more realistic that she knows full well the kind of man he is and chooses not to do anything about it." 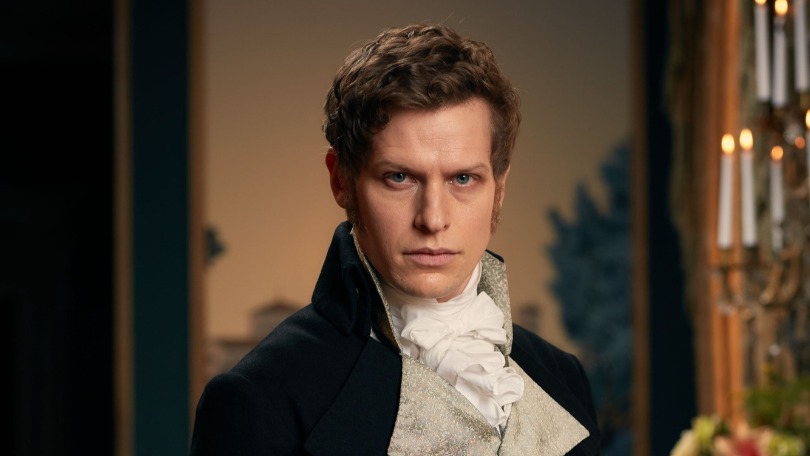 We all love a good villain in Poldark, and series four offers a brand new character who viewers are sure to loathe.

Monk Adderely rears his head when Poldark takes his place at Westminster and promises to provide some of the best scenes.

Max said: "The brewing conflict between Monk and Ross and Monk’s pursuit of Demelza is exciting to watch because he is so awful. I have a feeling audiences are going to love to hate him. He has a hilarious turn of phrase and he is a fun person to spend time with but he is also very nasty and I think audiences will enjoy the vitriol towards him."

Poldark series four is expected to return to BBC One in early summer.

Miss an episode? Watch on BT TV via the iPlayer app and catch-up.

[Read more: Poldark series 3: All you need to know]

[Read more: Behind the scenes - 7 things every Poldark fan should do in Cornwall]