From near bankruptcy to polishing Jack Nicholson’s axe, here are some surprising facts about the talent show tsar.

He’s the man behind a myriad TV talent shows such as The X Factor, Pop Idol and Britain’s Got Talent, which returns to our screens this year for its 11th series. You may think you know all there is to know about Simon Cowell, but we’ve found a few facts which might just surprise you.

Cowell got his start in the music business behind-the-scenes as a record executive – which is how he met Sinitta, one of The X Factor mentors - before moving into reality TV with Pop Idol in 2001.

He’s a been fixture on our screens ever since – and has even taken America by storm too.

According to an anecdote told by his half-brother Tony on BBC Radio 3, Simon got his first taste of Hollywood as a runner on renowned horror director Stanley Kubrick’s 1980 film The Shining.

Filmed at Elstree Studios, The Shining is remembered for Jack Nicholson’s performance as Jack Torrance – a writer who takes a job as a caretaker at deserted hotel who slowly descends into madness.

In one key scene Jack breaks through a door with an axe. One of young Simon’s roles on set? Reportedly polishing that very axe.

"It was only a stone's throw away from where we grew up," Tony explained on Radio 3.

"I well remember him saying he used to clean Jack Nicholson's axe in between takes for the most famous scenes.

"He took great pride in it, you could see your face in it, it was so shiny. It's a far cry from where he is now. I think the only thing he shines these days are his teeth."

Simon Cowell has undoubtedly changed the TV landscape not only in the UK but worldwide with his reality shows – particularly The X Factor and Got Talent franchises. The X Factor alone is present in more than 40 countries worldwide.

The gang is all here! @BGT pic.twitter.com/Ok3SGYphAa

For this achievement, Cowell has been voted one of the 100 most influential people in the world by Time magazine twice – in 2004 and 2010.

2010 was a banner year for Cowell as that year The New Statesman also named him on its list of 50 people who matter. He also signed new three-year deals with ITV for both Britain’s Got Talent and The X Factor.

Cowell’s father was a record executive at EMI. After an early career which saw Simon unable to settle in any one job, his father stepped in and got him a job in EMI’s mailroom.

Despite leaving EMI briefly, Cowell would soon return and learn the skills he needed to form his own record label in 1983.

Shortly after leaving EMI, Cowell started another company – Fanfare Records. It was here that he would meet Sinitta. Her 1986 record So Macho was his company’s first hit.

Fanfare grew strongly for most of the 80s before failing in 1989. Its failure brought Cowell almost to the brink of bankruptcy.

“When the parent of his record company Fanfare went bust, shares that Simon had ploughed his money into went too. He was teetering on the edge of bankruptcy and owed the bank almost £400,000,” explains David Nolan in his biography Simon Cowell: The Man Who Changed the World.

Cowell soon got himself back on track and started to work at BMG, another record company. It was here that he launched the singing careers of Robson and Jerome. Their cover version of Unchained Melody, which they had already performed on their TV drama Soldier, Soldier, soon reached number one. 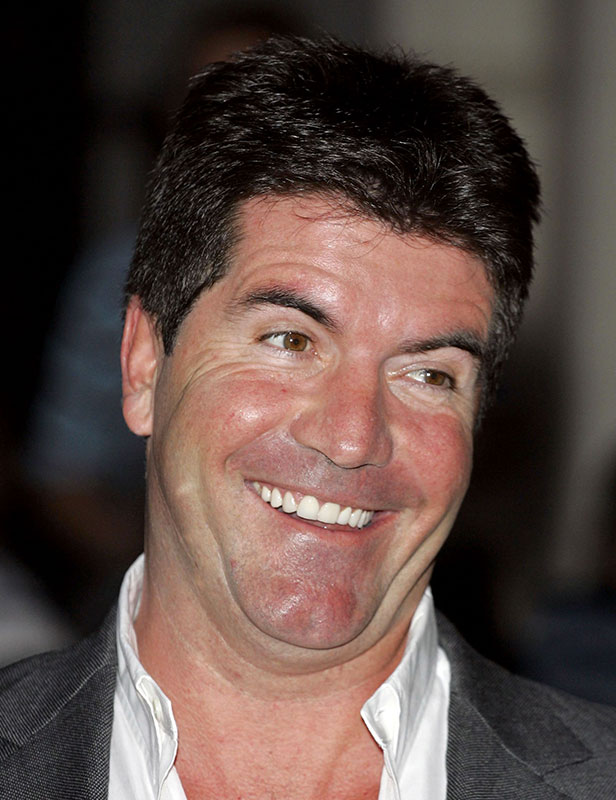 Further singles and albums, such as Up on the Roof, followed before the duo disbanded. Cowell later claimed that it was through them that he made his first million.

During his time at BMG, Cowell was also responsible for signing the Teletubbies for a recording career, as well as more conventional acts such as Westlife.

School isn’t for everyone, and it wasn’t for Cowell. According to reports he was held back a year and then left after his O-Levels.

Cowell told GQ about his rather unusual morning routine. Every morning while he eats his breakfast, Cowell watches old cartoons. His favorites are vintage Hanna-Barbera offerings.

"It’s less depressing than watching the news, which is just relentless. You’ve got to try it one morning. You’ll be happy for the rest of the day."

In case there are no cartoons on TV, he travels with back-up DVDs.

And if you think this is all because of his son, Eric, you’d be mistaken. The interview was given in 2011, three years before Eric was born.

Given his love of cartoons, it’s only to be expected that Cowell has made a guest appearance on long-running animated TV series The Simpsons.

Playing up to his Mr Nasty persona, Cowell had a critical role: he gets beaten up by the cartoon family’s patriarch, Homer, criticising him while the punches rain down.

One jibe: “You have the talent of a dolphin”. 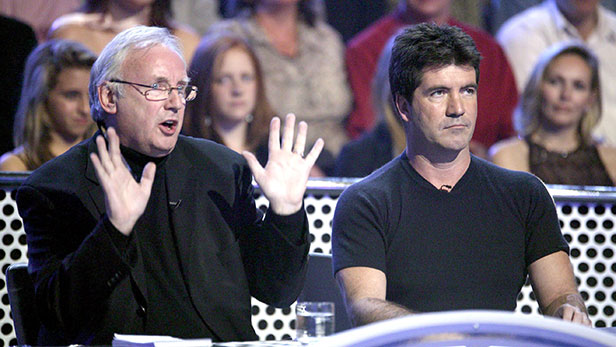 Even if people don’t know much about Simon Cowell, they probably know that he has a reputation for being critical.

However, TV’s Mr Nasty has a soft side. Cowell is the notable patron of a children’s charity, Together for Short Lives, which helps children with life-limiting or life-threatening conditions.