The BBC's new Sunday night drama SS-GB imagines life in this country if the Nazis had won the Battle of Britain.

The BBC has long been synonymous with Sunday night drama - but its latest irresistible landmark, SS-GB, views more like a movie marvel than a small-screen segment.

Produced by Sid Gentle Films Ltd and written by Bafta award-winners Neal Purvis and Robert Wade (the British masterminds behind such big-budget hits as Spectre, Skyfall and Casino Royale), the chilling five-part series is a complex thriller adapted from spy novelist Len Deighton's 1978 alternate history tome of the same name.

It follows Douglas Archer, a British detective who, forced to work under the brutal SS in occupied London, is determined to continue to do his job in the service of his country, even against impossible odds.

When viewers first lock eyes with the upstanding Archer, it's 1941 and the vast majority of England and Wales are under Nazi occupation after losing the Battle of Britain.

Pockets of resistance continue to show their defiance against the occupying German forces, but after a German pilot is murdered by a British Resistance fighter, tensions in the capital reach fever pitch. 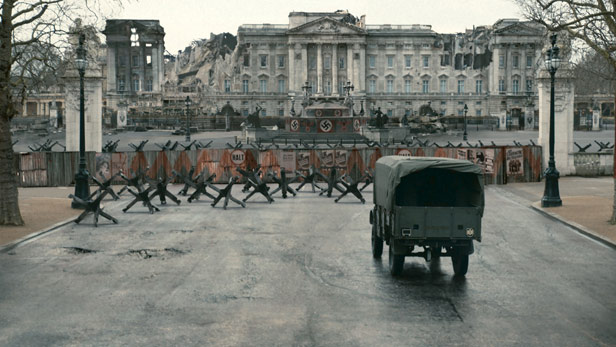 It's a tale Wade believed could flourish if thrust into the world of television.

"We were not averse to doing TV, but it had to be something that would benefit from being on it," he says of the duo's decision to cross the threshold.

"The book is complex - we have had to make [the screenplay] less complex - so it needs the wide canvas that TV gives you," he elaborates. "But in particular, [it's] the idea that it's asking the viewer: what would you do in this situation?

"It's beamed into people's living rooms and it's that feeling of, 'Actually, this could be outside our door, this could be going on'," adds the 54-year-old. "But it's the sanctity of the sitting room that is being invaded by this.

"I think that's why it's particularly potent and the acting, great production and great direction has made that come to pass, for me anyway," he enthuses.

"Because it was a contained story, it made it easier for us to move into TV," agrees Purvis, 55.

"We could only really view it as a five-hour movie, because we didn't want to do anything episodic," he notes. "We wanted it to be a classy film."

And with A-listers Sam Riley as Archer, and Kate Bosworth as New York Times journalist Barbara Barga, it's hard to imagine it being anything but classy. 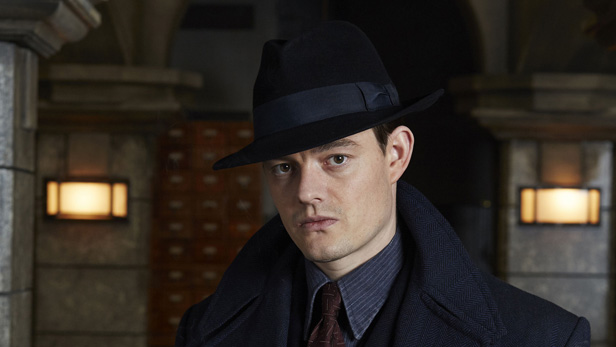 The pair's characters meet during a police investigation into what appears to be a simple black market murder.

But as an ever-ambiguous Archer is dragged into a much darker and more treacherous world, does the American femme fatale know more than she's letting on?

Riley - who's known for his breakout role playing Joy Division's singer Ian Curtis in 2007's Control and Diaval in the 2014 film Maleficent - is clear abut what appealed to him.

"For a start, I'd never played a detective before, especially one in a trilby, smoking cigarettes!" quips the 37-year-old, revealing a husky Yorkshire accent. "I'm a big fan of Philip Kerr's Berlin Noir Trilogy about a private detective working in pre-war Berlin. I really love those books.

"I was also attracted by the fact that Archer speaks German, and I've been living in Berlin for the last eight years," says Riley, who resides in the city with his wife Alexandra Maria Lara, who he met on the set of Control, and their three-year-old son. And he adds another draw. "As my dad and my agent put it, 'People might actually watch this!'"

Bosworth, who starred in Still Alice, was taken by the "unique" nature of SS-GB. 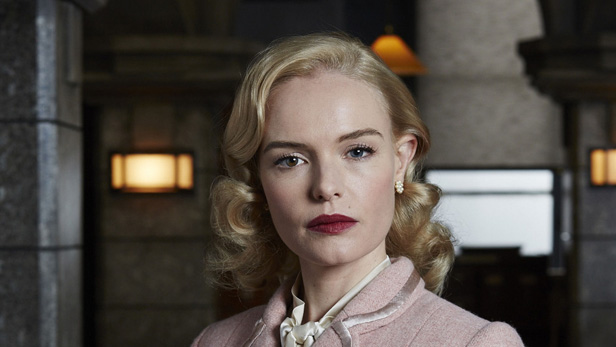 "It is entertaining, but it's also riveting," gushes the 34-year-old Californian. "The sense of 'What if this had happened?' is gripping.

"We know the history; we know that type of tragedy, but what if history had taken a slight turn?"

"I've always wanted to play a character from the 1940s [too]," she says, unveiling her fascination with the era. "The look was very appealing to me. The physicality, the wardrobe, the hair and the make-up..."

But vintage dresses aside, it's the spoils of a Nazi win that's set to send a chill down viewers' spines.

"Seeing Lars Eidinger, who plays SS officer Standartenfuhrer Oskar Huth, coming into a church to arrest someone - that was properly scary," divulges Purvis. "Watching a man in an SS outfit with that distinctive long leather coat really brings it home."

Symbolic with fascism, the swastikas that adorned the London set also proved unnerving.

"It doesn't lose its power," insists Riley. "What was so brilliant, if I can use that word, is that it was so clever, so powerful, so attractive, so frightening, so dominating."

"Most films, you show up and you get used to the decor of everything, but every time I showed up, it was just so shocking and devastating," Bosworth concurs.

However, in the year since the series was filmed, the topic of unrest and alternate histories is one that has become ever more prevalent. 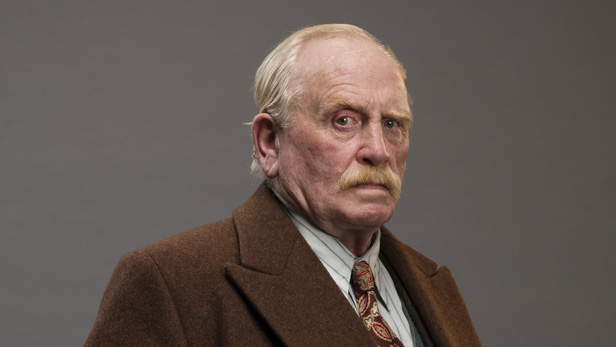 "I don't think any of us would have thought a year ago that Trump would have been in power, so that I find quite terrifying," confesses executive producer, Sally Woodward Gentle.

"Of course at this point [1941], America is still neutral so you've got the whole notion of a neutral America in it, which I think is fascinating," she continues. "And Russia and Germany are friends..."

"Trump was using the expression 'America First' a lot and that comes from the Second World War," chimes Wade. "And an element of this show is about trying to get the Americans into the war."

"Again, 'What would you do?' is an interesting question within oneself," concludes Riley.

"Once you can start blaming a type of person or people, it can slide very quickly into something very frightening."

SS-GB begins on BBC One on Sunday, February 19 at 9pm.

[Read more: What to watch on BT TV in February - 10 must-watch shows]