The Cry: Who are the cast and characters?

Who’s starring alongside Jenna Coleman in the child abduction mystery?

The Cry is a tense, emotional thriller about a couple whose new baby is abducted on a trip to Australia, and how their lives fall apart as they desperately search for him.

Jenna Coleman stars in the BBC adaptation of Helen FitzGerald’s novel – but who will she be appearing with?

[Read more: All you need to know about The Cry]

We find out more about the cast and characters in the four-part series. 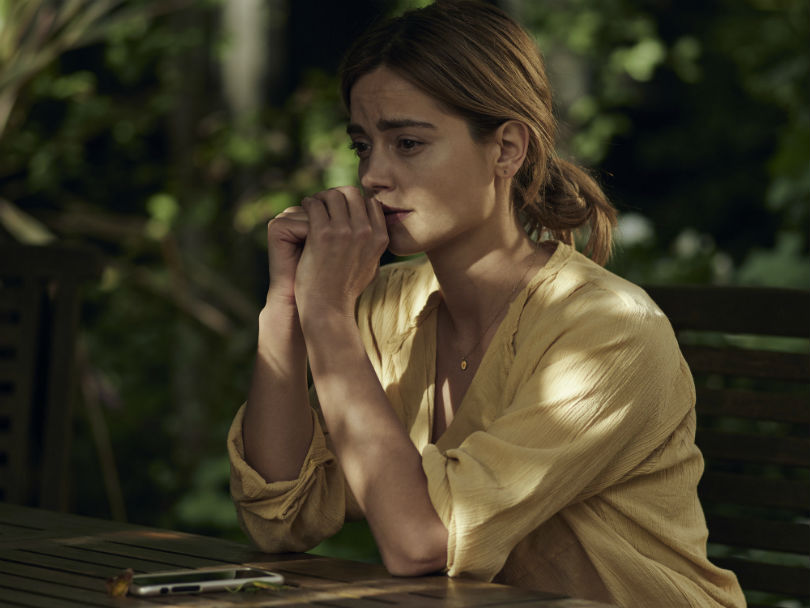 The story’s main character, Joanna, is a new mum who is struggling to adjust to life with a three-month-old boy.

She and her husband, Alistair, leave their home in Glasgow to take baby Noah on a visit to his grandmother’s house in Australia, where they’ll also be fighting for custody of Alistair’s daughter from a previous relationship.

Joanna is exhausted by motherhood and struggling with her loss of identity, but it’s nothing compared to the complete psychological breakdown she goes through when her baby goes missing in Australia.

Victoria and Doctor Who star Jenna Coleman, who plays her, said: “The psychological thriller aspect of how much you give to the audience has been really challenging - probably more than any other role before.

"You are constantly living within a double-bluff. You’re playing the truth of the scene but also thinking about how much you want to give to the audience each moment to keep the mystery and to keep drawing on the strings.

"You’re living constantly within a vortex, that’s what we kept calling it on set. It’s a double bubble.”

She said of working with twins Noah and Oliver, who played Noah: “We’ve been unbelievably lucky. The babies were like these magic, genius actor babies who seemed to know what the word ‘action’ means and what the scene required! They’ve made my job very easy. Genius babies.” 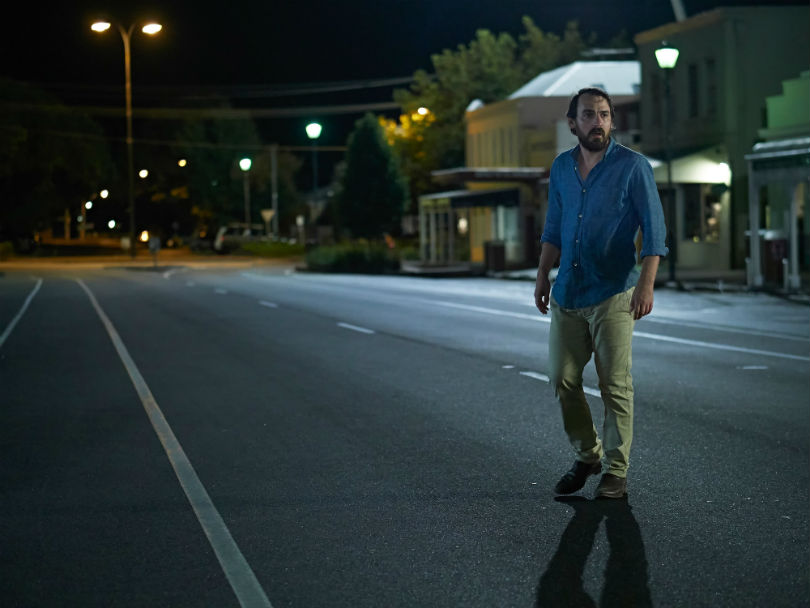 Joanna’s husband Alistair is a bit of an enigma – one moment he can be the ideal partner, the next he is cold and controlling.

As a political advisor, he’s used to making decisions in high-pressure situations, but his son’s disappearance proves so traumatising that he begins to unravel.

Australian actor Ewen Leslie (Safe Harbour, Top of the Lake) who plays Alistair said: “He is a tricky character. I imagine he will be a tricky character for the audience. He’s not very sympathetic. Is he controlling, manipulative and narcissistic? Absolutely. But if he were just those things, it would actually make him easier to play.

"If I just have to show up and play this guy who has these qualities and not imbue him with any emotions then that would be easy - but if you want to give him grief and pathos, that is tricky.”

The mother of Alistair’s eldest child is Alexandra, who lives in Melbourne and who is battling him to keep custody of their daughter.

She is played by X-Men: Origins star Asher Keddie, who said: “There’s nothing black and white about their history or the present time. I don’t know if I can sum her up as a character other than to say that she tries really hard to be the best that she can be but she’s also experiencing an enormous amount of anxiety with the return of Alistair. He’s a man that has betrayed her on a level that would be difficult for anyone to deal with, no matter how strong you are as a person. 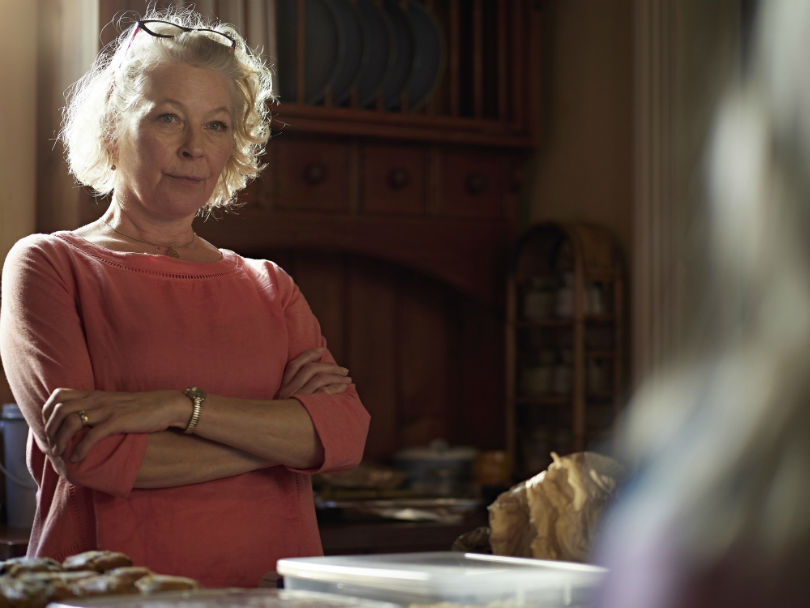 Alistair’s mother Elizabeth is also living in Australia, and is the other reason for the family’s visit there.

She said of her character: “Alistair was never an easy child and so she bonds with Joanna over their difficulties with him. She also bonds with Joanna over post-natal depression. Elizabeth lacked a mother instinct towards him - which she’s always felt very guilty about - and she opens up to Joanna about that.

“The other mother is Alexandra, played by Asher Keddie, and for the three women, Alistair is the connection. So I think there’s a bond that we all feel with each other because of that. I’m not saying that we all gang up against him but there’s a kind of sisterhood of understanding.” 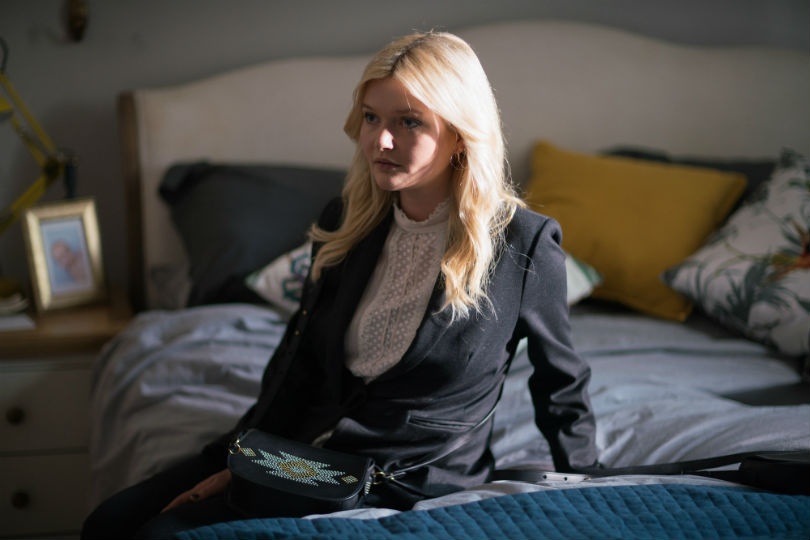 Joanna’s friend Kirsty seems to have branched off in a completely different direction in life to the new mum.

Sophie Kennedy Clark (Philomena, The Danish Girl), who plays her, explained: “Kirsty’s living her life - she’s got this cool, hipster salon, whereas Joanna’s life is now very much baby-focused and dealing with the husband and the ex-wife. They are two friends who are slowly separating because they are living out two different parts of their life. I think it’s something that can happen when friends become mothers. Their friendship is beautifully written. It’s pretty special.”

Other cast members for the Australian side of the story include Alex Dimitriades (Seven Types of Ambiguity) as Peter, Markella Kavenagh (Romper Stomper) as Chloe, and Shareena Clanton (Wentworth) as Lorna.

As the police investigation ramps up, the world’s media descends on the small town of Wilde Bay to report on the terrible and mysterious events of the previous night.

Cracks appear in Alistair and Joanna’s relationship as they both try to cope in different ways with the unrelenting presence of the media and the police, as well as their personal and private emotions.

Joanna becomes increasingly haunted and obsessed by the online commentators, who seem determined to solve the mystery.

The Cry airs Sundays at 9pm on BBC One.