ITV’s hit series based on Gerald Durrell’s autobiographical books about his family’s adventures on Corfu is back for a second series. Here’s what you need to know.

ITV’s The Durrells enchanted audiences last year with its tales of the Durrell family’s tempestuous move from England to Corfu in the 1930s.

[The Durrells series three: When is it? Who is in the cast? All you need to know]

Based on Gerald Durrell’s autobiographical trilogy - My Family and Other Animals; Birds, Beasts and Relatives; and The Garden of the Gods – The Durrells stars Keeley Hawes as Louisa Durrell, the titular family’s widowed matriarch who decides to move her family to sunnier climes in the hope of a better life.

Series one proved to be a big hit for ITV, taking in shotgun accidents, marvellous scenery, doomed love affairs and a welcome TV appearance by the legendary Leslie Caron.

But, what about series two? Here’s everything you need to know:

When does The Durrells series two start?

The Durrells series two started on Sunday, April 23 on ITV.

When is The Durrells series two on?

The show airs at 8pm. The new series of Grantchester is immediately afterwards at 9pm.

What is The Durrells about?

The Durrells follows the titular family’s adventures in Corfu in the mid-1930s. In an attempt to avoid the family’s financial problems, widow Louisa Durrell decides to move her family from Bournemouth to Corfu. Louisa decamps with her four children to the Greek island and takes up residence in a ramshackle old house.

With oldest son Larry embarking on a career as a tortured writer, middle son Leslie somewhat feckless, daughter Margot a hopeless romantic dreamer and youngest son Gerry more at home with animals than with humans, a series of wild adventures ensues. Along the way the family are helped by the friends they make on the island: the ever-helpful Spiro, Dr Petrides and his English wife, housekeeper Lugaretzia and Dr Theo Stephanides who encourages Gerry’s zoological bent.

[Read more: The Son on AMC - Everything you need to know]

What is going to happen in The Durrells series two?

The end of series one saw Louisa bruised by a failed love affair. Series two of The Durrells picks up the following year, 1936. Larry – who sold one of his novels in series one – continues to pursue his writing, Leslie pulls himself together and decides to explore his entrepreneurial spirit. Margot’s quest for love continues apace – although this series she once more choses an unsuitable target for her affections. Gerry is wilder than ever - the first episode will see him sleeping outside with his animals.

There’s love on the horizon for Louisa – but as ever in The Durrells, will the course of love – and life - ever run smooth?

How many episodes are in The Durrells series two?

[Read more: Where is Grantchester filmed?]

Who stars in The Durrells?

ITV has promised that the whole cast from series one will return for series two. That includes former Line of Duty actress Keeley Hawes as Louisa Durrell; Milo Parker as Gerry Durrell, who will grow up to write the books on which the series is based; Josh O’Connor as Larry Durrell, Daisy Waterstone as Margo Durrell and Callum Woodhouse as Leslie Durrell. 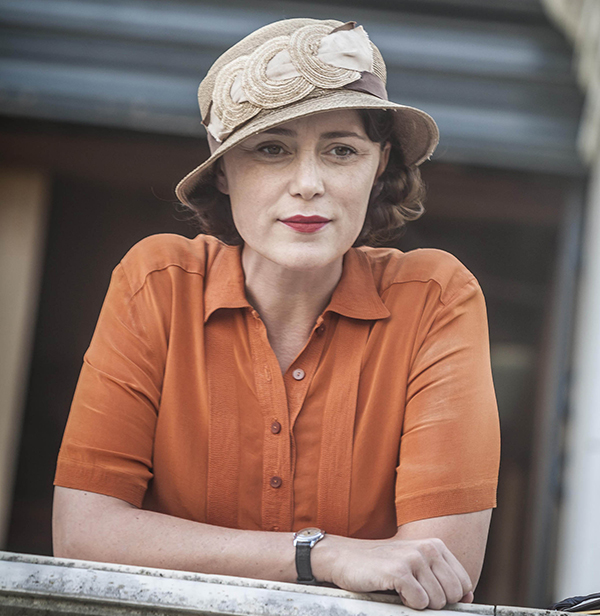 Where is The Durrells filmed?

As series one won over viewers last year, the island of Corfu itself became another character in the story with its dusty olive groves, wild countryside, clear blue sea and lots and lots of animals.

Filming takes place across Corfu, including Corfu Town, Dassia, Danilia Village and even Prince Philip's birthplace. Read our guide: Where is The Durrells filmed? to find out more.

The first episode of The Durrells series two saw everyone’s favourite family plunged into a new series of adventures. With money problems still looming large, the Durrells were unable to pay the rent on their ramshackle mansion.

Louisa was soon confronted by the family’s new landlady – the beautiful but intransigent Vasilia – who took the furniture in lieu of payment and made no bones about the fact that she would prefer the family left Corfu.

It was the first time the family had come up against much opposition from an inhabitant of the island. The reason - Vasilia is in love with Hugh Jarvis, a wealthy Englishman who has his eye on Louisa after meeting her in the market where she was selling produce in an attempt to make some money.

Meanwhile, Gerry discovered his latest passion – otters. The animals were rare on Corfu at the time, and Gerry decided to set up a breeding programme to boost their numbers. Margot visited Pavlos, a monk, and developed feelings for him – before deciding to become a nun.

Larry continued writing – deciding to use his own family’s antics as inspiration, and Leslie’s shotgun woes from the first series continued with him accidentally shooting Roger, Gerry’s dog.

Rather than bringing in money, the family’s market venture led to their customers developing food poisoning. But was it really the food, or was something – or someone – else to blame?

Larry’s book was being published in the UK, but his family – at first at least – didn’t seem to be very interested in his achievement. Instead life went on for the Durrells. They continued to try to sell their produce at the market. Leslie tried to add to the family’s finances by making kumquat liqueur –inspired by the local monks.

Gerry’s otter breeding programme continued apace, with him finally finding a female otter to add to the male one he discovered last week. Louisa decided Gerry was getting just a bit too wild and hired the ever-versatile Spiro as his tutor. Spiro’s strict methods didn’t go down too well with Gerry nor did his slightly unorthodox subject matter with Louisa, and soon Spiro was fired. But he held no grudge against his favourite British family and soon returned with a gift of two ‘magenpies’ for Gerry.

Louisa organised a public reading of Larry’s novel in an attempt to make up to him for her earlier lack of interest. The only problem – no one else on the island seemed very interested either. A belated delivery of post from Britain full of praise for the novel cheered Larry up and soon the family and their friends were bonding over rather too much of the kumquat liqueur.

While Hugh continued to attempt to woo Louisa, Margo decided she was perhaps too interested in boys to become a nun. And Larry came to a decision of his own – ending the episode by moving out of the family home and into rooms of his own.

Episode Three of The Durrells saw the various family members in a state of flux. The arrival of Louisa’s birthday prompted her to feel her mortality – or at least her age – and sent her into a spiral of trying to feel younger. She did decide to move forward, slowly, with Hugh.

Leslie took up a new career – photography – while Margo, no longer determined to become a nun, broke out in spots which led her to take up a very different kind of veil.

Gerry was cleaned up and sent to his new tutor, who despite not being quite as boring as Gerry had imagined him to be, ended up with a broken collarbone, courtesy of an over-eager Gerry.

Larry, having left home last week, found himself embroiled with the family’s enigmatic – and reportedly dangerous – landlady, Vasilia. He ended the episode by giving his family some very shocking news.

Will there be a third series of The Durrells?

Yes. A third series of The Durrells has already been confirmed – before the second has even aired.

In fact, he added that filming for series three would begin in Corfu in late April to early May: “They got some exotic new animals - that's for series three,” he revealed.

[The Durrells series three: When is it? Who is in the cast? All you need to know]