When does Dynasties start on BBC One? Everything you need to know about Sir David Attenborough’s new series

Get set for another nature spectacular from the king of wildlife documentaries.

If you’re ready for your next fix of wildlife films from Sir David Attenborough, you’re in luck - Dynasties is arriving on BBC One.

It's the latest series from the accomplished naturalist to feature jaw-dropping footage of animals and their amazing habitats, with the added tension that we're looking at some of the planet’s most endangered species.

[Read more: How to see Dynasties in Ultra HD]

Here’s all you need to know about Dynasties, when it begins, which animals it features, and how the incredible scenes were captured.

When is Dynasties on TV?

Dynasties will begin on Sunday, November 11 at 8.30pm on BBC One.

It’s a five-part series that will air weekly.

Which animals will it feature?

The series focuses on five different types of animal. All five are at a key point in the lives of their families and a critical moment in the histories of their species.

Some of the most celebrated and endangered animals on the planet, they were followed and filmed for hundreds of days to give viewers a unique insight into their existence. 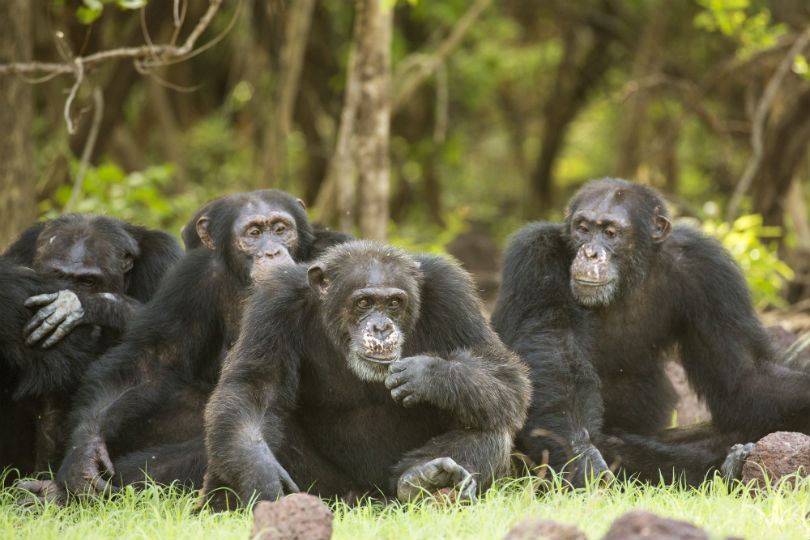 It’s a fascinating time to catch up with this group of chimpanzees, as their alpha male, known as David, has been in the top position for three years – usually the longest that any male manages.

The film shows David’s struggle to retain his power, and the various rivals who challenge him for the alpha spot.

At the same time, the whole group has to survive a tough dry season that brings fire and a lack of food and water to their habitat.

Producer and director Rosie Thomas likens the relationships between the group to something you might see in a TV drama.

“It’s all very political, and at times it’s a bit like watching a soap opera," she explained.

"Everything the chimpanzees do is in order to garner favour, to gain some kind of future advantage. They are always working out who is powerful and worth befriending and who isn’t.

“Similar to politics, there are characters that you like, and ones you don’t like. It seems everyone is trying to work an angle of some sort.” 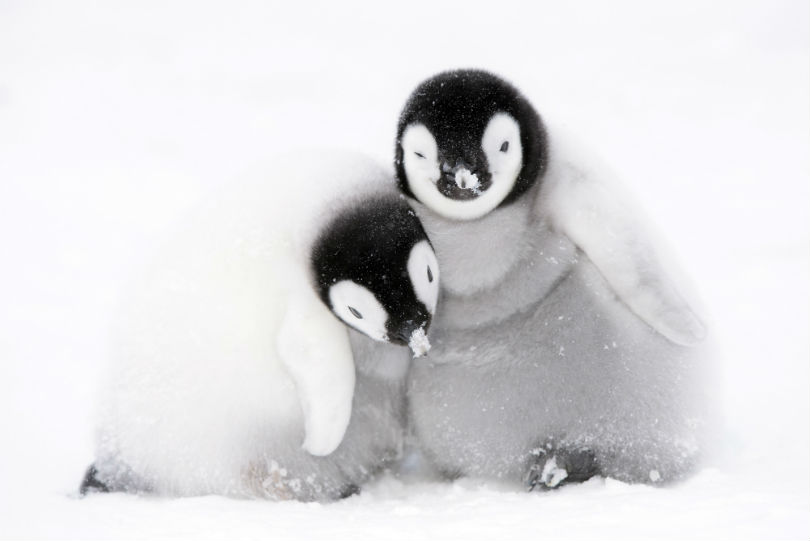 Antarctica is home to one of the toughest species we’ll see in Dynasties – the Emperor penguins, who gather on an ice sheet every year to breed.

All the other species leave their habitats for the harsh winter months, but the penguins colonise the frozen sea and huddle together to combat temperatures of -40C and wind speeds of 130km per hour – all while trying to protect their newly-hatched babies.

Episode producer Miles Barton said: “We start with winter coming to Antarctica, which is when a new landscape forms as the sea freezes. A penguin arrives in this white landscape alone and is soon joined by all the others. They depend on this temporary ice world to breed on.

“It will break up again when the ice melts after eight months, so this is their window of opportunity to create a new generation. But it means they have to find a way to live and breed there through the Antarctic winter, which is the most brutal on Earth.

“There is probably no greater story of survival and hardship in nature.” 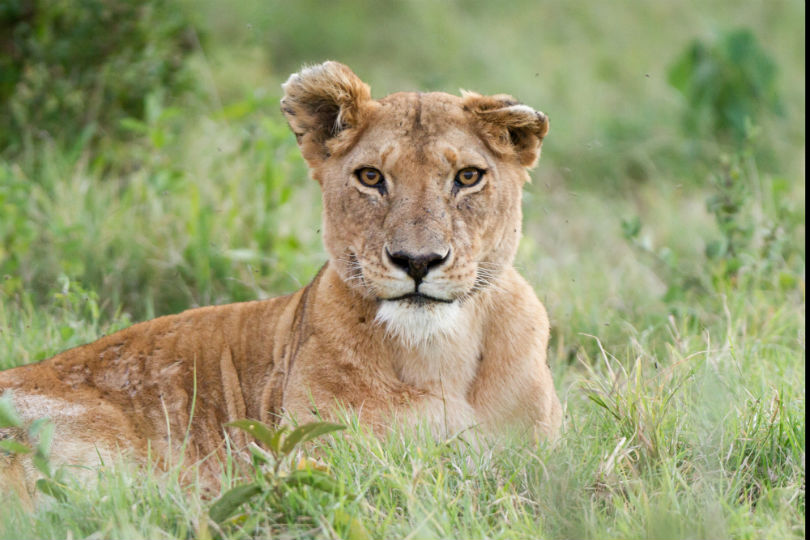 The Marsh pride have been followed by BBC film crews over many generations, but this time they offered something totally unique to observe.

All of the male lions have abandoned the pride, leaving two lionesses to do all of the hunting, protecting, and raising the cubs to adulthood.

It’s a job made even tougher by the threat of rival prides, hyenas, buffalo, and even humans.

Producer Simon Blakeney said it was difficult for the crew to say goodbye to the pride.

“The hardest thing was when it came to the end of the filming because I think we all really miss living so close to that family. It was such a privilege to be able spend so much time with them," he said.

“Even though the lions essentially ignored us for the whole of the filming (which is what we wanted them to do), we really felt we had got to know them and I shed a tear when it was time to leave at the end of the final shoot.” 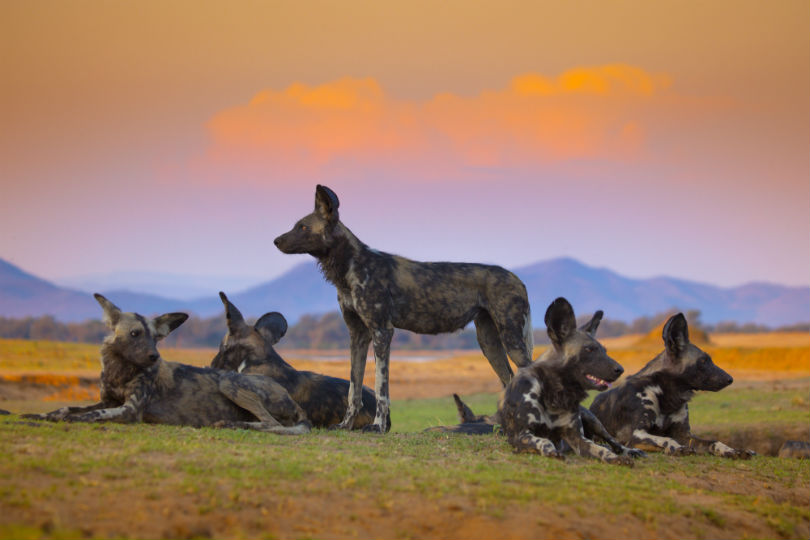 A family feud is the central theme for the episode about painted wolves, which focuses on a matriarch of the pack and her relationship with her daughter.

The wolf in charge, referred to as Tait, has been the head of her pack for many years, but her power is waning and her daughter Blacktip needs more space for her own family – which means wrestling some away from her mother.

Viewers will also be the first to see the pack hunting baboons, something it’s thought the wolves didn’t do and which has inspired a new research paper.

Producer Nick Lyon said: “When you follow animals for as long as we did, you get to know them and care what happens to them. It becomes an emotional experience when you see one of the characters having a bad time, or having real success.

“I loved the puppies. I remember when they were out of the den for the first time at just three weeks old. They were so tiny, with over-sized heads, that would overbalance on their front legs.” 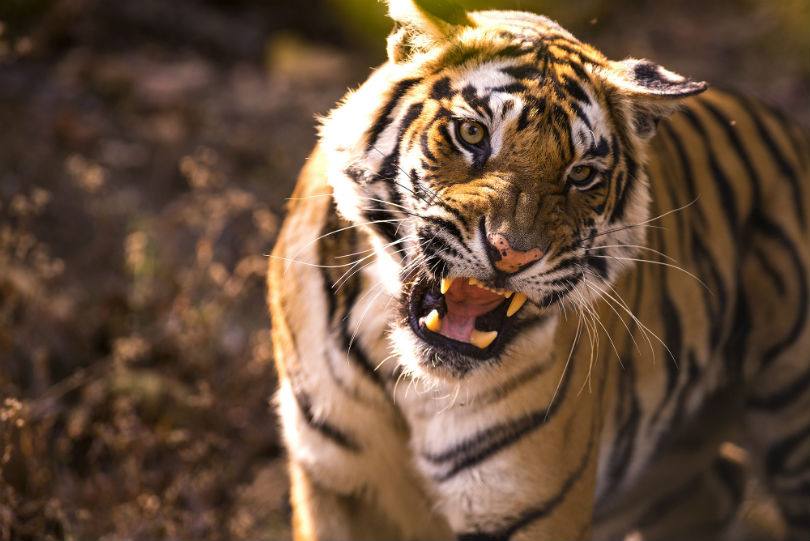 In the tiger episode, the crew follow Raj Bhera, who has the enviable position of living in tiger paradise.

She has plenty of water and just the right environment to hunt for food, but the biggest threat to her life is coming from close to home.

Her daughter Solo is challenging Raj Bhera for her territory to bring up her own family, but as Raj has a new litter of her own, the animals are sure to clash.

Director Theo Webb said: “It was extraordinary to see them at their most intimate moments, such as when they’re suckling or asleep. There are moments when we could literally hear the tigers sleeping, just their breath going in and out.

“But we were always aware that this is one of the world’s great predators. Tigers have a real presence and a sense of power that I don’t think any other big cat has, and we were in their world, their territory.

"They are wonderful and majestic but when a wild tiger looks at you with the cold gaze - yes, they are intimidating.”

How did the crew film the animals?

The series, in typical BBC wildlife fashion, takes in some of the world’s most stunning locations using innovative filming techniques.

Chimpanzees were filmed in Senegal, penguins in Antarctica, lions in the Masai Mara, wolves in Zimbabwe, and tigers on the Bandhavgarh Tiger Reserve in India. 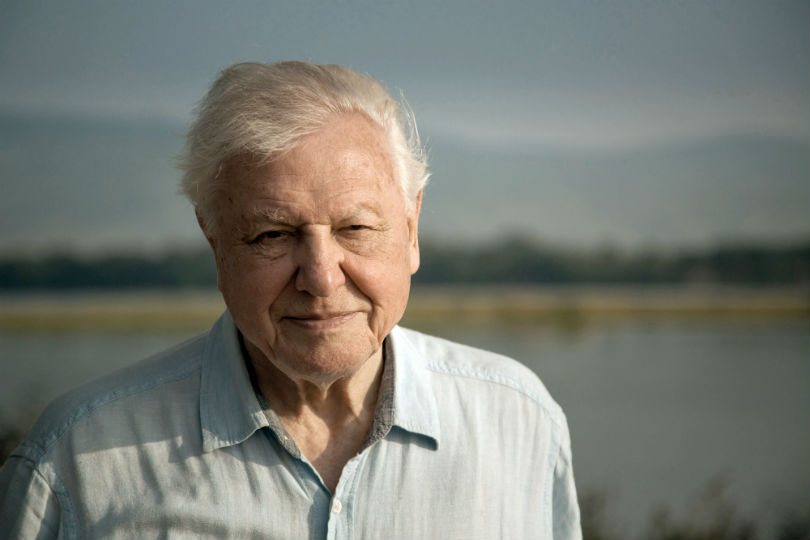 Talking about battling harsh weather conditions, penguin camera crew Lindsay McCrae said: “We got there in the summer so we were able to operate without gloves and hats.

"We got used to it, because while it never rose above zero, you can handle temperatures of -2C to -5C. But then the end of February hit and weather started to deteriorate rapidly.

“We wanted to make it look as different as possible, by getting the camera as low as possible. Which for the majority of the time meant being at the same height as the penguins’ feet, so I just tended to film the ice with the camera in between my legs.”

Sophie Darlington, who was on the lion camera team, said that one of their biggest challenges was the waiting around.

“At times, it was very, very frustrating, because there are a lot of times when lions do nothing," she explained.

"There were months where almost nothing happened, but that gives you a very real experience to what it is to be a lion. You see all of them struggling.

“But, also, you get the joy of them. They are at times, just deeply funny and wonderfully affectionate to one another. That's what makes them interesting, because they're a social cat.” 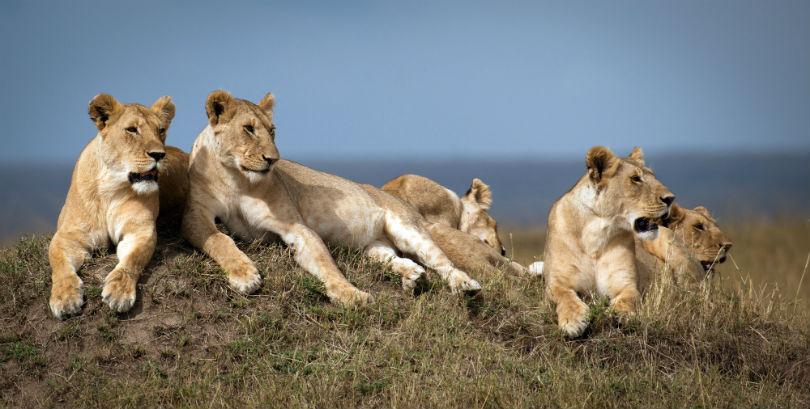 Many of the shoots involved tracking animals for long distances, and the chimp team often walked up to 24km a day.

Producer Rosie explained that there was a bigger worry than exhaustion, though: “Bees were a huge problem. Sweat bees would swarm around your head, trying to get into your eyes and ears all day. You just hoped that the chimpanzees wouldn’t take their midday rest in a bad area for sweat bees, as you could be sat there waiting for them to wake up for several hours.

“But far worse were the honey bees. When the chimpanzees raided a bee’s nest for honey, the bees became really aggressive and we had to run as fast as possible with all the kit, sometimes for a kilometre or so to shake off the bees to avoid getting stung.”

As many a wildlife show crew has found, simply spotting the animal in the first place was often half the battle, as tiger team director Theo explained.

He said: “We spent huge amounts of time, sometimes days on end, driving all day long and failing to see a tiger at all.

“For a lot of the filming we used a five-metre long scaffolding tripod, plus a camera on a remote-control head. The cameraman, John, was able to control the camera with a joystick and a screen from quite a distance away, which meant that our filming didn’t disturb the tigers.

“But he was wearing a blackout hood over his head to cut out the sunlight while it was 40C. He was absolutely sweltering.”

Over on the wolf team, they had a secret weapon to keep up with roaming animals in unpredictable places – an experienced guide.

Producer Nick said: “Henry Bandure, our guide, was phenomenal. He would look at a paw print in the sand, and could tell how long ago the pack had passed by how much sand had blown into the print or by what type of tiny insect had walked through the print after it had been made.

"He could even tell which pack it was by the smell of its dung – he could do that while driving along in the car!

“That particular skill allowed us to find a pack we had lost overnight, and to get into position just in time to film one of the key moments in the whole story.”

Dynasties begins on Sunday, November 11 at 8.30pm on BBC One.