Where is Call the Midwife filmed? Find out all about the locations of the period drama

Ever wondered whether the 1960s London of Call the Midwife still really exists? Discover the filming locations of the hit BBC series.

Ever wondered where the cast of Call the Midwife head to when they’re filming their latest baby dramas?

If you’re itching to know the real location of Nonnatus House, or which streets the midwives are cycling down on the way to assist their patients, we’ve got the inside knowledge on where the sets are.

[Read more: All about Call the Midwife's Christmas special]

Get to know the places the BBC One drama is filmed, and you could spot the cast when they start working on their next series.

As the nuns and midwives’ home and the centre of all domestic scenes, Nonnatus House is practically a lead character in the series.

This is the most difficult regular filming location for fans of the show to visit, as the indoor scenes – for example, the characters sitting down to dinner around their table – are all shot at a closed set in Chertsey, Surrey.

However, there’s a better chance of seeing the outside of the building, which is St Joseph's College, a crumbling, disused Gothic seminary in Mill Hill, London. 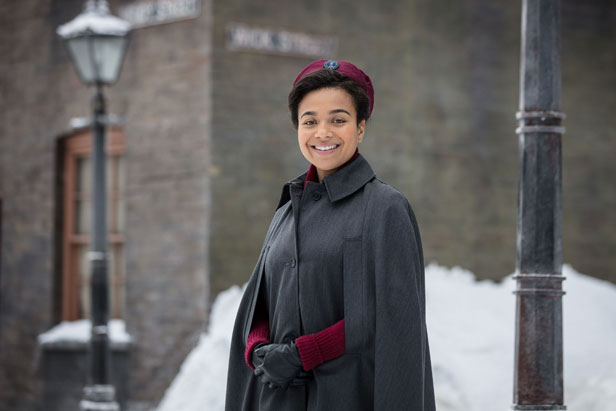 The London of the 1950s and 1960s was a very different place to today’s East End, so filming in the actual places that the programme is set would have posed a few tricky problems.

We’re used to seeing the midwives cycling through the cobbled streets to get to the expectant mothers of Poplar, but as the real Poplar Dock has a very modern feel these days, the cast and crew headed to a more historical-looking setting.

Much of the outdoor action is actually filmed in Chatham Historic Dockyard in Kent, where visitors can step back in time to see what the capital looked like in Midwife memoir author Jennifer Worth’s time.

Call the Midwife-themed guided tours are available at the Dockyard. Visitors can take in the places where scenes at the Lisbon Buildings, the exterior of The London hospital, Thames dockside, and the entrance to Doctor Turner’s surgery were shot.

If you’re wondering where the programme’s opening titles were filmed, the ship that you see is the Shaw, Savill and Albion Line liner QSMV Dominion Monarch which is in dry dock at the King George V Dock in East London’s Docklands, the site of London City Airport. The road you’ll see is also in East London proper – it’s Saville Road in Silvertown, a part of West Ham in the East London borough of Newham. 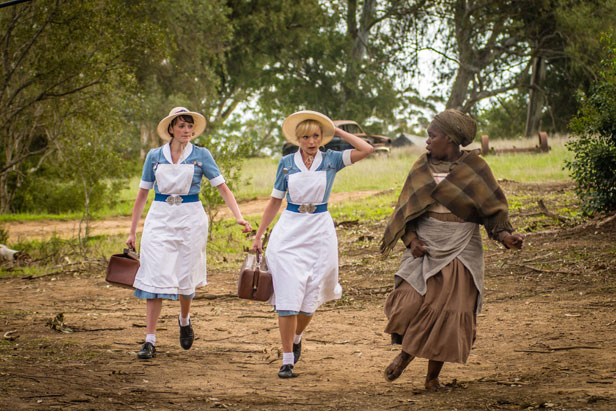 For the 2016 Christmas special, the lucky cast and crew went on an exciting adventure to shoot the midwives’ relief mission to South Africa.

Their filming actually took place in April, but the story saw them spending the festive period helping out with a short-staffed clinic in Africa, which meant a lovely sunshine trip for those involved.

[Read more: Who's who in The Crown series two]

Fans who remember the Christmas episode will have seen areas of Cape Town and the Western Cape feature in the plot, making for some breathtaking backdrops.

However, the 2017 Christmas special will be back on familiar turf as the midwives face the Big Freeze of 1963, with Poplar covered by a blanket of snow.

Call the Midwife Christmas special will air on Christmas Day at 7.40pm on BBC One.