Who is Billie Piper? Surprising facts about the Collateral star

Find out some fascinating things about the actress starring in BBC’s new drama.

Intriguing political drama is making its way to BBC Two for February, with an all-star cast that includes Billie Piper, Carey Mulligan and John Simm.

[Read more: Carey Mulligan on why you must watch Collateral]

[Read more: Where is Collateral filmed?]

Get to know Billie a little better with these five facts about her life.

That might not sound particularly unusual, as many aspiring young stars change their names to be more memorable.

However, it was Billie’s own parents who changed her name when she was six months old, deciding against their original choice of Leian.

Her popstar days were the toughest work she’s ever done

It may have looked like good fun to be making music videos and going on the Smash Hits tour in the 90s, but Billie reckons she was so traumatised by the hard work involved that she can’t even remember it.

She told the Evening Standard: “What’s alarming is that I can’t even remember it. It wasn’t like I was out, getting wrecked. It was because I must have just shut it out. Which is probably because it was on some level deeply traumatic. Not because I was some horrible child slave, I just worked so hard. I have never worked as hard as I did in those years.” 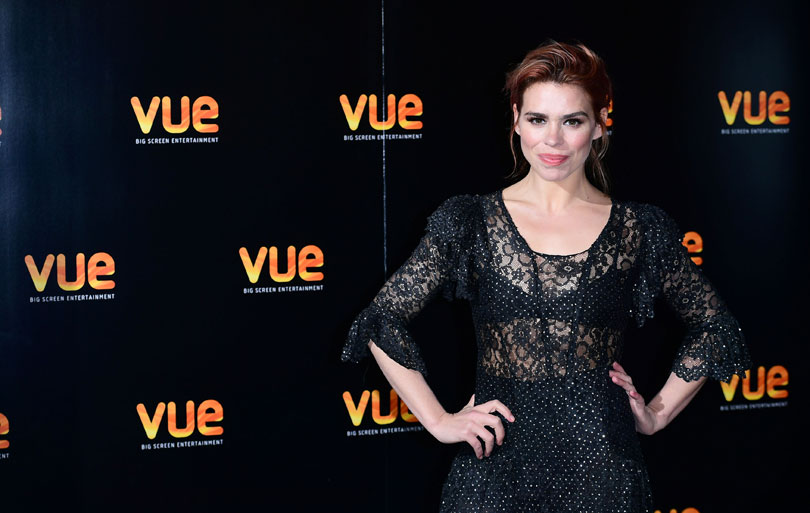 She doesn’t miss being in Doctor Who

Billie reinvented herself in the role of Rose Tyler in the revived series of Doctor Who.

But while she has fond memories of her time on the show, she says she’s pleased to be free of it.

She told The Guardian: “It was almost impossible. It was very hard to have a life and take care of my family because I was always away in Cardiff. Also, it was a totally different level of fame. I don't miss that, myself.”

She loved filming in London for Collateral

Being part of the capital is a huge element of the new BBC Two series, and Billie couldn’t have been more pleased to work in her adopted home.

She said: “I have a love affair with London I can’t ever shake. It always impressed me so much growing up, and I have always felt so lucky to live and work here.

“There are lots of things about London that blow my mind, that I can never get over. I am from a small town that looks totally different to London, so I was always shocked as a child how somewhere that was only 50 minutes down the motorway could be so different in culture, diversity and opportunity, and how it could contain so many different worlds, all coexisting. It still blows my mind.” 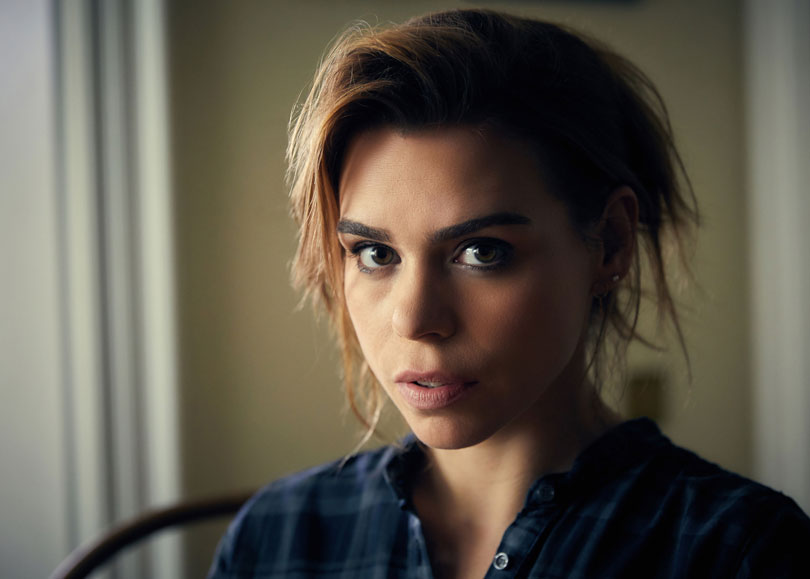 She hates the idea of arguing with people

Billie’s early pop career sold her as a brash teen, but now in her 30s she says that she is scared of falling out with anyone she knows in real life.

The actress told Stylist: “I get really frightened to confront people in my life. I think that sort of confrontation is essential, but I regularly avoid it.

“I’m afraid of being shouted at. I’m afraid of upsetting someone. I’m just afraid of all of it. Professionally I don’t fear that much, but personally I’m frightened of everything.”

Collateral begins on Monday, February 12 at 9pm on BBC Two.

Never miss an episode of Collateral with BT TV – catch up via the BBC iPlayer app.