Who is Brianne Delcourt? Meet the Dancing on Ice professional

Find out more about one of the celebrity skating show's biggest stars.

Dancing on Ice is back, and while there may be some new faces among the pro skaters, there are a few stars that we all recognise from previous series.

One of those is Brianne Delcourt, a regular fixture on the ice at ITV who fans of the show will have been happy to see back on the call sheet for 2020, and she's already announced that she's dating her current celebrity partner, Kevin Kilbane.

[Read more: Dancing on Ice romance - couples who found love on the ice]

Get up to speed with everything you need to know about the skater and her history on the show - including her many romances.

How did Brianne end up in Dancing on Ice?

Canadian Brianne began her skating career as a teen, taking part in the Canadian Championships where she and her partner placed eighth in 1997.

Although she didn't go on to become a national medal winner as an adult, Brianne focused her talents on performing in skating shows.

Her skill on the ice eventually impressed the ITV show's producers and she joined the pro team in series five.

Are Brianne Delcourt and Kevin Kilbane a couple?

Brianne is not only known for her skating, but for her varied romantic past on the show - and in 2020, she announced she'd fallen for her celebrity partner before they'd even skated live for the first time.

She and Kevin Kilbane confirmed their blossoming relationship in OK! magazine, saying that they'd felt an instant connection and bonded over being single parents.

Brianne has been linked with three other Dancing On Ice stars but says they don't compare to Kevin https://t.co/SbGnB3mpBL

Irish footballer Kevin told OK!: "There was an attraction with Brianne the first time I met her. But it was way more than that. Everything clicked.”

This is her fourth relationship from the show and Brianne gave a nod to her Dancing on Ice dating past by adding: "There is no comparison of Kevin to the guys I used to date. He’s perfect and my best friend.”

What happened between Brianne Delcourt and Matt Lapinskas, Sam Attwater and Danny Young?

One of the biggest controversies to hit Dancing on Ice was the romance and break-up of Brianne and her series eight partner Matt.

The pair seemed to grow close during the course of the programme and there were rumours of a fling which they strongly denied, as at the time he was dating his EastEnders co-star Shona McGarty. 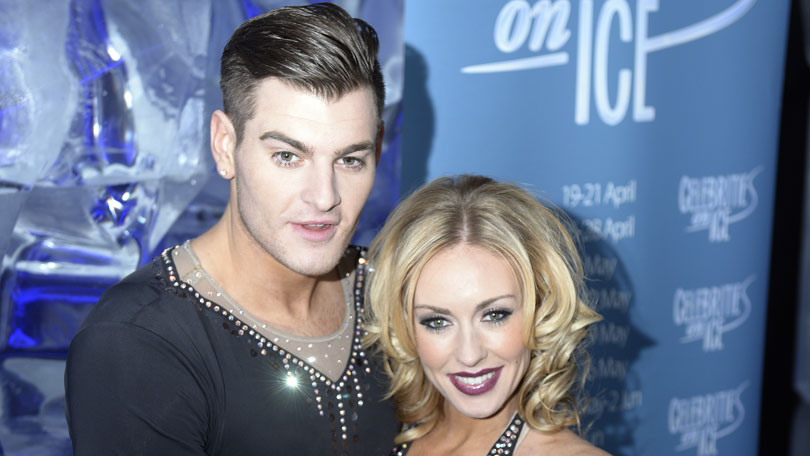 However, after the show wrapped the pair did publicly start a relationship and even moved in together, but Brianne told The Sun that Matt had cheated on her with his new theatre co-star and said that he had betrayed her.

She also spilled the truth on when they really got together, stating: "He pursued me behind Shona’s back. Lots of people warned me but I didn’t listen.

"I’ve stood by and lied for him about when we got together as I loved him and didn’t want to hurt Shona."

[Read more: Where are the Dancing on Ice winners now?]

Matt was far from being Brianne's first romance that began on the ice - in her very first series, she had dated Frankie Poultney's celebrity partner Danny Young, and the pair even moved in together briefly but split after the live tour.

Brianne wasted no time in announcing her next relationship, with her second celebrity skating partner Sam Attwater, although many fans suspected a showmance when they rushed into giving couple interviews and a suspicious picture emerged that seemed to show her watching him kiss another of the programme's married pros.

They called an abrupt end to their relationship, saying they didn't want to distract from the skating, and Brianne reunited with Danny for a short time before her doomed romance with Matt.

Lucky celebrities who are matched with Brianne clearly have a lot to learn from the star.

Her first famous partner on the ice was Hollyoaks actor Kieron Richardson and the pair finished her debut series in a very respectable third place.

In series six, Brianne was matched with another soap star - this time, EastEnders' Sam Attwater, and the pair went on to win the programme.

Coming back for series seven, Brianne was eliminated in week seven with freerunner Sebastien Foucan, and in series eight she and EastEnders actor Matt Lapinskas finished runners-up.

Brianne and singer Gareth Gates finished mid-table in the All Stars series in 2014 before the show took a break, and she partnered TV weatherman Alex Beresford when the show returned in 2018, coming in fifth.

Her 2019 run was not so successful as she and Neighbours legend Mark Little were booted out second, but wherever she ends up on the leaderboard in 2020, it seems she's already won a new love.

What does she do outside of Dancing on Ice? 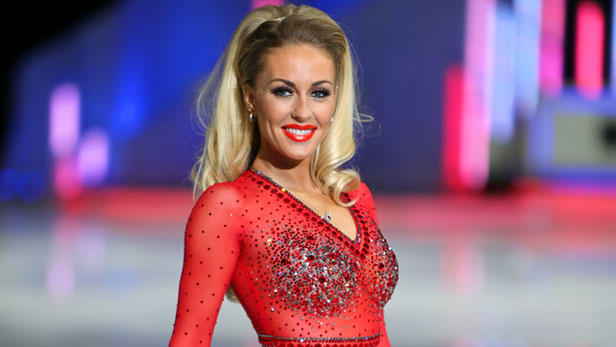 Brianne's personal life is much happier these days - she recently celebrated her daughter Gracie's first birthday, although the tot's father has never been named.

The skater had previously posted pictures of her engagement ring on social media and talked about her fiance, but it isn't clear whether they eventually married or if they're even still together.

Either way, Brianne seems completely content with her happy family life and staying out of the spotlight when she's not skating.