Who is Helen George? All you need to know about the Call the Midwife and Strictly Come Dancing star

Get the lowdown on the actress who plays Nurse Trixie Franklin on the hit BBC drama.

She found stardom in the BBC’s hit drama Call the Midwife and as a celebrity performer in the 13th series of Strictly Come Dancing, but it’s possible you might not know much else about actress Helen George.

Find out everything you need to know about feisty nurse Trixie Franklin right here.

[Read more: Call The Midwife series 7 - when is it back?]

She didn’t always want to be an actress

Born Helen Thomas in Birmingham in 1984, she was a very keen sportswoman at school, excelling in the long jump.

However, it was an entirely different sport that she had her mind set on.

“I did loads of sport when I was at school,” she told the Metro, “but because my dad is such a big Aston Villa fan, I had a phase when I thought I’d be Villa’s first female manager!”

Her interest in dance came about long before Strictly

Helen also did ballet as a child and became a junior associate at the Birmingham Royal Ballet. She even had posters of Strictly Come Dancing judge Darcey Bussell on her bedroom walls.

However, she gave it up as she got older as her social life got in the way; later, she would suggest that her training was more of a hindrance than a help when it came to appearing on the BBC dance show.

She appeared on Strictly in 2015, paired with Aljaž Skorjanec. The couple finished in sixth place. 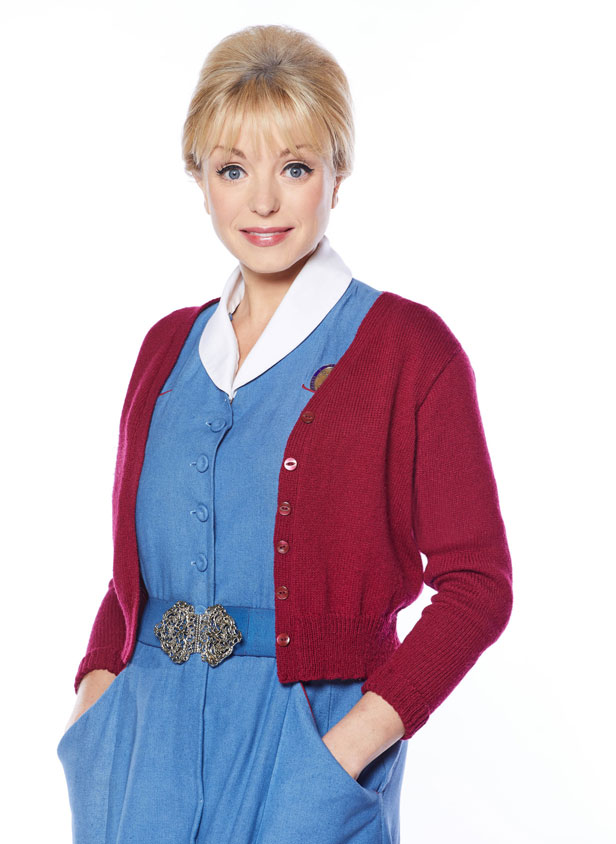 After training as an actor, she worked as a backing vocalist

Helen trained at the Birmingham School of Acting, working as a florist to support herself, and later at the Royal Academy of Music in London. Her first job, secured just two weeks after graduating in 2008, was in the West End show The Woman in White.

Soon afterwards, she was chosen by Sir Elton John – a patron of the Royal Academy – to be one of his backing singers.

“He’s very generous. I sang at Wembley – it was amazing but I was so young and arrogant at the time I was quite blasé about it all”, she said.

Helen met Oliver Boot when they appeared as a bickering couple in the BBC series Hotel Babylon in 2008. They were married in 2012, but announced their separation in August 2015.

She’s now partner to another co-star

In April 2016, Helen began dating her Call the Midwife co-star Jack Ashton. Their respective characters, Nurse Trixie and Rev. Tom Hereward, were engaged in the fourth season of the series but the on-screen relationship ended.

They began their real relationship while in South Africa filming the show's Christmas special. In September the following year, the couple welcomed a daughter who they named Wren Ivy.

[Read more: Call the Midwife - 9 secrets about the new series]

She has an interesting acting ambition

On stage, Helen appeared in High School Musical at the Birmingham Hippodrome in 2008. More recently, she performed in the UK tour of Patrick Marber’s After Miss Julie - as Miss Julie - in 2016, and the following year in Love in Idleness alongside Eve Best and Anthony Head at the Menier Chocolate Factory in London.

Her other TV roles include Doctors, the Comedy Playhouse episode Over to Bill, the 2011 version of The Three Musketeers, and most recently an episode of the cult comedy series Red Dwarf.

As for her future acting ambitions, she told the Birmingham Mail: "I want to do a movie where I get to wear leather and shoot people!"