Who is Jennifer Hudson? 5 fascinating facts about The Voice UK mentor

Find out more about the show’s only female coach for series eight.

She was the first female coach to have a winning act on The Voice UK, and now superstar Jennifer Hudson is back in her red chair hoping to repeat her success.

The US singer is also a coach on The Voice back home in the US, so she can offer plenty of pro tips to any lucky contestants joining her team.

Get to know J-Hud a little better with our five facts about the celebrity judge.

Look along the line-up of this year’s Voice UK judging panel and you’ll probably think it’s stocked with some of the music industry’s big winners.

But just like Olly Murs didn’t actually win The X Factor (he came second to Joe McElderry), Jennifer - despite her incredibly successful career - was not the champion of the American Idol series she appeared on.

[Read more: Who is Olly Murs?]

The winner of season three of the Simon Cowell-led US contest was Fantasia Barrino, and Jennifer wasn’t even the runner-up – she came seventh, proving that you don’t have to win a TV show to become a big name. 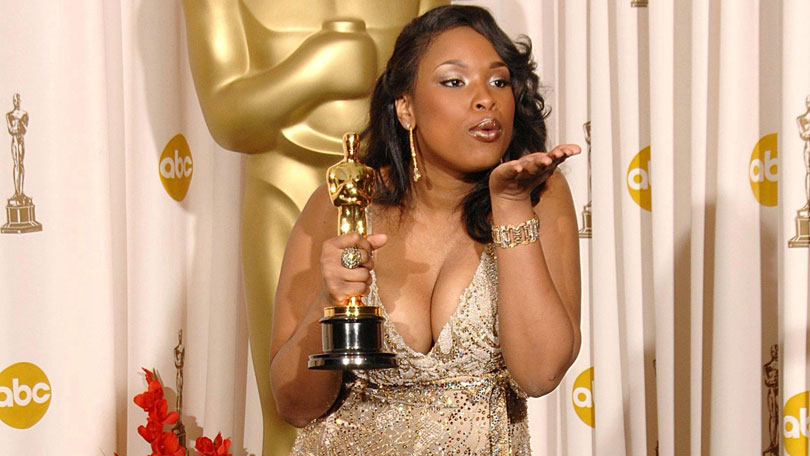 As well as having bagged a host of prizes for her music that include Grammys and BET Awards, Jennifer has won recognition as an actress.

She’s probably best known for her role alongside Beyonce in the musical film Dreamgirls, which was such a hit that she won an Oscar, a Golden Globe, a Bafta, a Critics’ Choice Award and a Screen Actors Guild Award among many others for best supporting actress.

Multi-talented Jennifer has also appeared in films including Sex and the City, The Secret Life of Bees, Black Nativity and Winnie Mandela.

Her family has suffered a devastating tragedy

In 2008, Jennifer’s family were the victims of a shocking crime when her sister’s estranged husband broke into their home and killed the singer’s mother, brother, and nephew.

Jennifer and her sister Julia have since set up a charity, The Hudson-King Foundation for Families of Slain Victims in honour of their loved ones, as well as the Julian D. King Gift Foundation for her late nephew which helps needy families in Chicago.

Jennifer is one of the few reality TV veterans not to be completely in awe of Cowell and his judgments.

She told The Telegraph: "His role on that show [American Idol] was mainly to look at image, I think, and I wouldn't really pay any attention to what he says about vocals. That's not his thing. At the time Simon told me I was 'Too big, in every way.' I think he meant my hair, my voice, my personality, my songs. I didn't really understand how that was a negative thing. I said, 'Is big not what a star is?'" 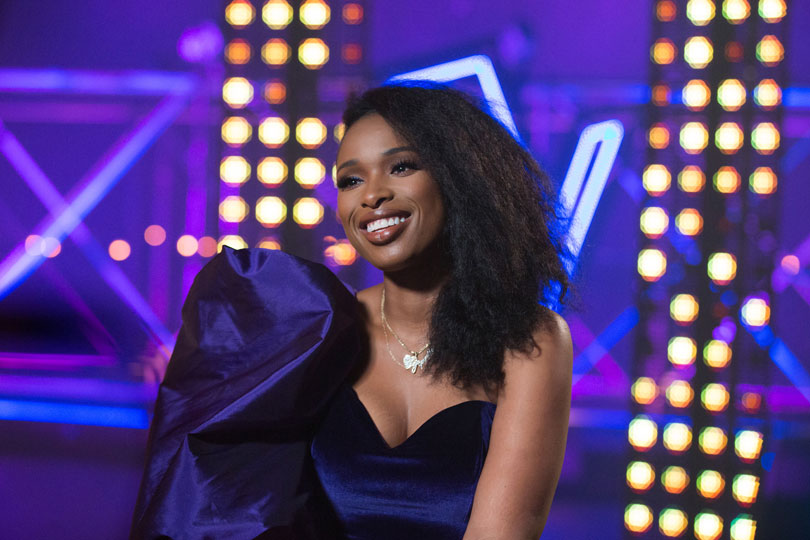 She collects charity donations at The Voice UK auditions

Big-hearted Jennifer has her own church collection plate that she sends around the audience of the TV show after any particularly good performances.

She donates the money that gets put into it to charity and explained that the plate had been a gift.

[Read more: Where are the Voice UK winners now?]

"A fan gave it to me in America," she said. "She said every time I sing, I take everyone to church and then she gave me a collection plate.”

In her own words

What’s been the most unusual song or the most perfect choice?

I think there have been some really good song choices this year. I love hearing Have A Little Faith In Me, I love hearing Hallelujah. We’re music lovers too. Don’t forget the coaches are music lovers. We are fans of other artists so sometimes you want to hear those songs…sometimes it can be a disservice too. Certain sounds like Adele’s sound or Whitney’s sound – you’re like, okay not everyone can sing that. It can work against people at times but then again it can be in their favour. So it’s tricky.

Obviously getting Dreamgirls. That was probably the most life changing. There have been so many things..but I have to give it to that. Without that I wouldn’t be here. Taking a similar path as the Voice contestants. You never know that when you take a leap like this…every single time I hear their little footsteps on the stage I think…because those three little steps are so important. You don’t know what it’s going to lead to. I didn’t know that one day I’d be a coach giving someone else an opportunity. That still blows my mind.

Wow…just stepping out on stage, believing in my own talent and then being brave enough to audition and singing. That’s life changing. I look upon it that I hopped on a rollercoaster that has not stopped.

If you could be in their shoes and look back, complete fantasy, any person from history to be your mentor who would you choose?

Okay, can I break it up this way? Can I put four coaches in the chairs to choose from?!

Okay…Whitney Houston would be one, Aretha Franklin would be one, I would keep Tom Jones and in the last chair…Mariah
Carey. Oh god there’s so many others! Can I have twelve chairs?! Okay, so that’s my panel right there. And they’ve all turned around for me?! Wow. I would die…wooh my God. I couldn’t go wrong with those choices but to pick one, I would go with Aretha Franklin.

There’s so many to pull from. For these contestants it’s an amazing opportunity to do that. For
myself, when I look at it now, and I get the opportunity to be around and work with or meet all of these legends – I’m a sponge and I try to learn as much as I can from them.

[Read more: Who are The Voice UK judges?]

How about your team?

I love my team. The difficulty for me is my goal is always I want to create the most bulletproof best team possible. And then I realise the next phase comes and half of them have got to go and it’s like the best up against the best. As a coach you’re like what am I going to do. And then I think – hold on this is about The Voice and what if both get up there and do exceptionally well. Why can’t I keep them all?! It’s like they did what they’ re supposed to do.

The Voice UK starts on Saturday, January 5 at 8pm on ITV. Watch live and on-demand on ITV Hub with BT TV.