Who is Nancy Dell’Olio? 5 things you never knew about the Our Shirley Valentine Summer star

The impossibly glamorous Italian is one of eight women heading to Greece for a summer of love on ITV.

Nancy Dell’Olio shot to fame when she came to the UK as then-England football team manager Sven Goran Eriksson’s partner.

The pair had a high-profile relationship which was rocked by his cheating with Ulrika Jonsson and Faria Alam, but since their break-up Nancy has remained in the public eye.

Find out more about her glitzy life as she joins new ITV show Our Shirley Valentine Summer.

She survived a near-fatal car crash

Looking at Nancy now, with her glamorous wardrobe and celebrity friends, it may seem as though she leads a charmed life.

But the Italian lawyer has battled back from a devastating car crash which left her in a coma at the age of 21.

[Read more: Who is in Our Shirley Valentine Summer?]

She had to learn to walk again afterwards, and detailed her recovery in her Edinburgh Festival autobiographical show Rainbows from Diamonds.

She has her own brand of limoncello 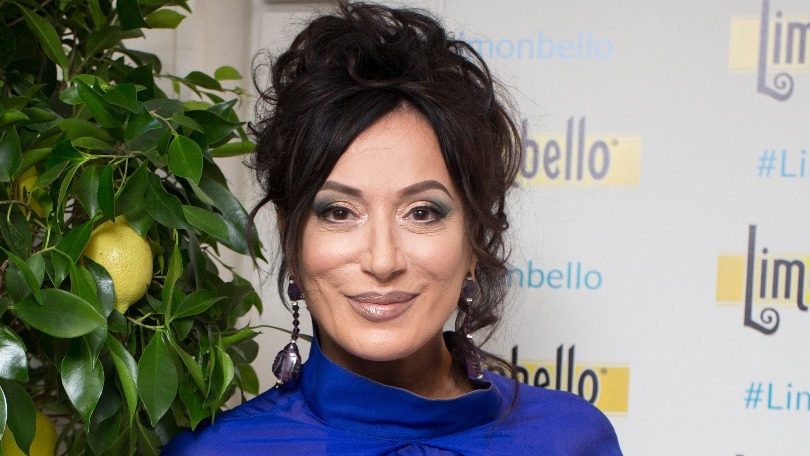 Nancy always seems to have some project or other up her sleeve, and in 2016 she made her debut in the drinks market.

Limoncello was an obvious choice for her as her family made their own recipe when she was growing up, a version which she says is totally different from the sugary type sold to tourists.

Calling her drink Limonbello, Nancy extolled its sugar-free virtues with agave syrup, although still acknowledged that her drink of choice was champagne.

[Read more: Where is Our Shirley Valentine Summer filmed?]

Her best mate is Tracey Emin

It may be hard to think of a more unlikely pairing than Nancy Dell’Olio and Tracey Emin, but she counts the artist as one of her closest friends.

Nancy has shared photos of their “girls’ nights” on Instagram and explained to The Guardian that the pair had plenty to talk about.

She said that an evening with Tracey “is very fun because we have a lot in common: she’s a very intelligent woman and a great artist”. 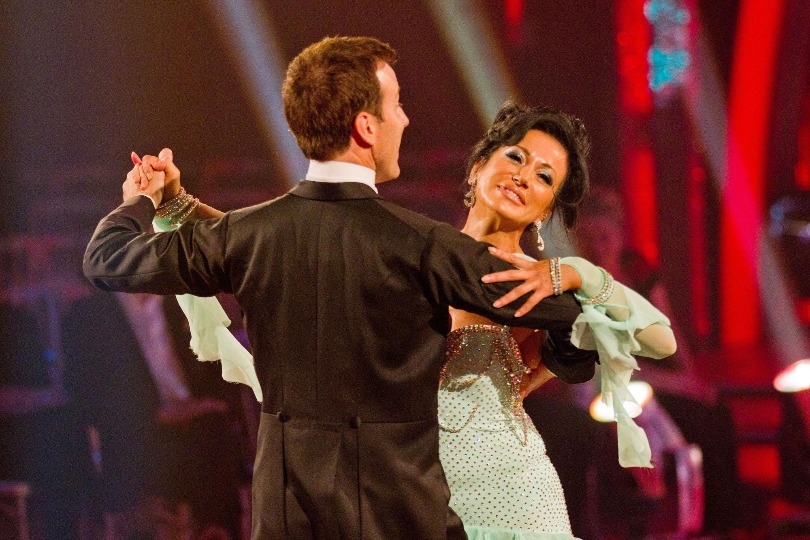 Fans of Strictly Come Dancing will remember Nancy’s short-lived turn on the show as the celebrity partner of Anton Du Beke in 2011.

Despite being painted as that year’s comedy contender and receiving some harsh comments from the judges, Nancy seemed to be a good sport about most of it.

However, there was a rumour that just 10 minutes before the series' opening show, Nancy’s dress was found soaked with water and torn, suggesting she had made an enemy of somebody that series.

She kept the details vague when asked by The Guardian, but admitted that it was “probably” sabotaged and added that “a lot of things happen backstage…”.

She has some high-profile men in her sights

A lowly football manager has got nothing on some of the men that Nancy has admitted to finding attractive.

Giving a run-down of the sexiest men in British politics to The Telegraph, she named Zac Goldsmith and Boris Johnson as having sex appeal, but said that Nick Clegg “is almost sexy, though there’s something missing - I can’t work out what”. 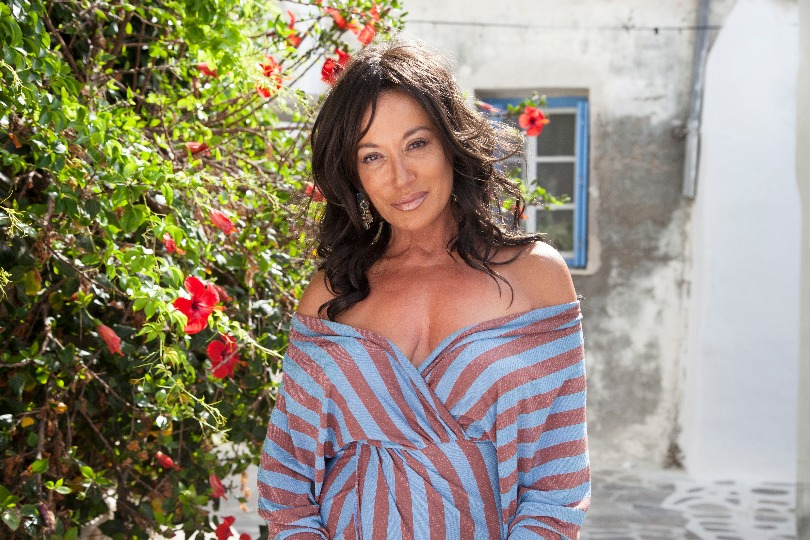 “After we met, I started dreaming about him a lot. I still don’t know what that means.”

What is Our Shirley Vantine Summer?

Our Shirley Valentine Summer, will see Melinda Messenger, Sian Lloyd, Nancy Dell’Olio, Aggie MacKenzie, Ninia Benjamin, Lizzie Cundy, Annabel Giles and Ingrid Tarrant, escape to a Greek island for the summer – rediscovering themselves and even looking for love. Under the glow of the Mediterranean sun the cast will live together under one roof, as they discover the islands, the challenges of communal living and the ups and downs of dating.

They are all single and at a crossroads in their lives. All of them harbour a passion to try something new or pursue long held dreams in an attempt to transform their lives, for the better. Sharing a desire to work out what to do with the next chapter of their lives, some want the opportunity to learn a new skill or test drive a new career.

Each of the ladies has a personal goal, for example, overcoming a marriage breakdown, losing weight, building self-confidence and many of them will spend time dating. For some, it could be their first date in a decade, whilst others are looking for someone special to spend the rest of their lives with.

From the makers of The Real Marigold Hotel, Twofour, this feel good series captures the beauty of the Greek Islands: the people, the colours and the way of life, as this group of brave women explore what else life can offer them.

Arriving on the shores of the Greek island of Naxos, our cast of eight single well known women begin to reveal their hopes and dreams for their month living together; Lizzie Cundy is desperate to find love again, Annabel Giles is seeking joy and adventure, and as an advocate for sex in your sixties, Aggie MacKenzie is excited about starting the next chapter of her life. Determined to get stuck into island life, Melinda Messenger starts to fulfil her dream of living off the land and Lizzie is smitten by a Greek language teacher who asks her out on a date.

After Ingrid Tarrant reveals the details of her marriage breakdown and in the hope of meeting the man of their dreams, some of the group follow in the footsteps of an ancient Greek tradition and meet a third generation matchmaker. Nancy
Dell’Olio declares that she will be his biggest challenge and Ninia Benjamin reveals her last long term relationship was 20 years ago.

Their first week together culminates in a trip to the neighbouring island of Paros, a mecca for those seeking inner peace. The local guide takes a shine to Sian Lloyd and some of the group take part in a rather revealing dance meditation session.

Our Shirley Valentine Summer begins on Thursday, July 19 at 9.30pm on ITV.