Who is Sir Tom Jones? 5 incredible facts about the pop legend and Voice UK judge

The music legend is back for another season of the ITV show and is also heading back out on tour in 2018.

Many a talented Voice contestant has been stunned to silence simply by being in the presence of Sir Tom Jones, singing legend and a regular fixture on the singing competition’s coaching panel.

Whichever artist's song the auditionees choose to cover, Sir Tom will have an amazing tale about being their best mate – his history of collaborations reads like a Who’s Who of musical greats.

[Read more: Who are The Voice UK judges]

How much do you know about the Welsh singer? Read on to find out some fascinating facts about Sir Tom. 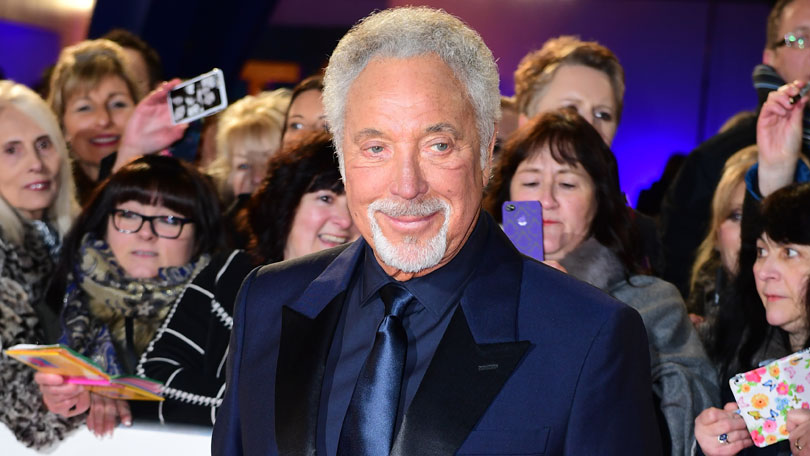 Sir Tom may have a classically Welsh surname, but he was actually born Thomas John Woodward.

The first time his manager Gordon Mills heard him sing, he convinced the young musician to use his mother’s maiden name, Jones, instead.

Recalling a night he’d drunk too much and was bragging to his wife’s friends about his luxurious home, Sir Tom said that Linda had told him: “You don’t really think you’re Tom Jones do you? I married Tommy Woodward, that’s who I married.”

Tuberculosis was his saviour

As a boy, Sir Tom had tuberculosis. The illness saw him bedridden for around two years, but meant he had little to do during that time other than to listen to music.

It also had another unexpectedly positive effect in helping him to escape the fate of many a boy growing up in the Welsh Valleys.

He told The Guardian: "The doctor said to my parents, 'Whatever you do, you can't put this boy in a coal mine because he has weak lungs’. And the weird thing is, with weak lungs I've become a f****** singer."

He credits Sandie Shaw with his big break

Struggling to get into the music industry, Sir Tom had been recording a lot of demos for established artists.

But he struck lucky when he was asked to record a demo of It’s Not Unusual for Sandie Shaw.

He told The Telegraph: “I suppose I must have sounded strong on it – I wish I still had the demo, but unfortunately I’ve lost it. Anyway, when Sandie Shaw heard the demo, she said, ‘Whoever is singing this song, it’s his; I could never sing it like that’. God bless her! Because if she’d taken it, things might never have happened.” 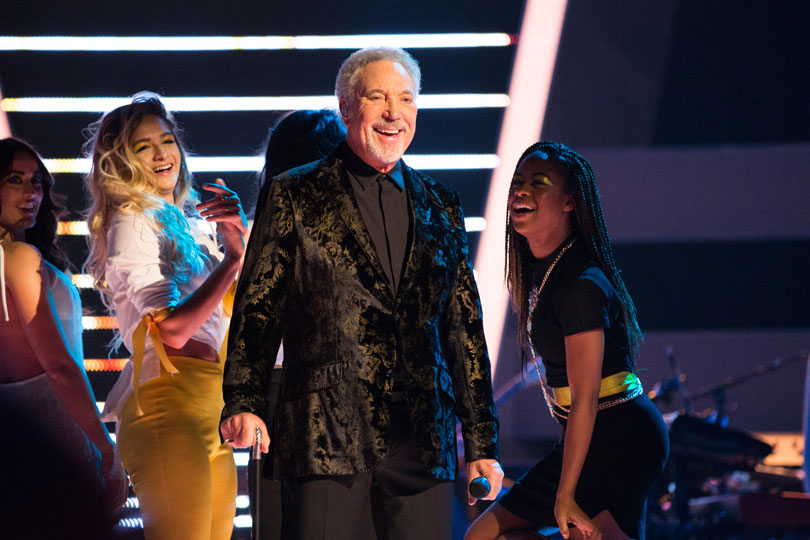 Sir Tom is the proud owner of many a musical prize – but did you know he once won best actor at the Golden Globes?

The singer picked up the gong at the 1970 ceremony in the best actor in a TV musical or comedy category, for his show This Is Tom Jones.

He’s also appeared - as himself - in a number of TV programmes and films, including Mars Attacks!, Fresh Prince of Bel Air and The Simpsons, and has even turned his hand to acting, playing Dick Turpin in an episode of 1980s TV show Fantasy Island.

After featuring in the first four series of The Voice, Sir Tom was unceremoniously dropped from the 2016 series - the last to be shown on the BBC. And he wasn't happy about it.

“I was p****d off. I never got to the bottom of who made the decision," he told the Radio Times.

"It was between the production company Wall to Wall and the BBC, and I still don’t know why. The first thing I thought was, ‘Why have they left it so late in the day?’ When we got the call, we said, ‘When did you make this decision?’ ‘Yesterday. And we’re going to give it to the press tomorrow.’ Oh, that’s nice!"

He added he’d been better treated when he used to work on building sites: “Well of course that’s a kick in the b******s. When I used to work in factories or on a building site, you’d get a week’s notice at least! They don’t call you up the day before and say, ‘Sorry, don’t come in tomorrow'. You don’t make a decision like that overnight. The decision was made earlier but they just didn’t let me know.”

[Read more: Where are The Voice UK winners now?]

In his own words

What advice would you give to people auditioning?

Be honest. Don’t try to be something you’re not.

What’s the most surprising song choice you’ve heard so far this year?

Song choice is very important. If they pick the wrong song it’s difficult. When I start working with singers sometimes they don’t think it’s right for them. All big voices like to sing Whitney Houston songs.

Sometimes they don’t even know themselves and that’s a thing with coaching that’s important. Something they wouldn’t have even thought of for themselves.

And it’s an incredible opportunity that coaching. Just the journey alone, wherever you come in the competition…

It’s a tremendous thing to have professional singers, I think, giving you advice.

Oh I’d have been on it in a minute!

Those people that I loved… But then again there’s other people – you’ve got Frank Sinatra, Sammy Davis. The swing singers and big bands – they had they’re own thing as well. But being a teenager in the 50s I was always gravitating to rock n roll. Early rock n roll.

How do you think your teams shaping up?

I've got a great mixture. There’s no two people alike in it which is great.

How is it being back with the coaches?

I don’t think you could get four better coaches as we are. Because we’re different to one another but we’re all musical and
listening to a wide variety of stuff. We have different tastes and criteria and know potential but we all agree on the same
thing – got to be honest, got to be real. Someone came on just yesterday and I had turned but Jennifer hadn’t yet, I said to her “hit your button, you’ve got to hit your button.” Then I thought why did I do that because now I’ve got competition. He
could go with her!

The Voice UK returns on Saturdays at 8pm on ITV.

Catch up on BT TV with the ITV Hub app.

[Read more: Who is Jennifer Hudson? 5 fascinating facts about The Voice UK star]