Who is Lucie Jones, the UK's 2017 Eurovision entry? All you need to know about the Never Give Up On You singer

Former X Factor finalist Lucie Jones will be representing the UK at this year’s Eurovision Song Contest in May. Here’s all you need to know about her.

The 62nd edition of the Eurovision Song Contest is fast approaching, with the final taking place in Kiev, Ukraine on Saturday May 13.

The UK will be represented by Lucie Jones, who will sing Never Give Up On You, after she won the combined judges’ and public votes on Eurovision: You Decide earlier this year. The song was co-written by Danish 2013 Eurovision winner Emmelie de Forest.

Before you settle down in front of the TV for this year’s spectacle, find out everything you need to know about the 26-year-old vocalist.

Who is Lucie Jones?

Lucie was born in Pentyrch, near Cardiff, in 1991. A talented amateur singer, she appeared in series six of The X Factor in 2009, finishing eighth after being beaten in a sing-off by Jedward.

She was signed by Sony Music in the wake of the show, but didn’t produce any records. She was also signed up by modelling agency Select. 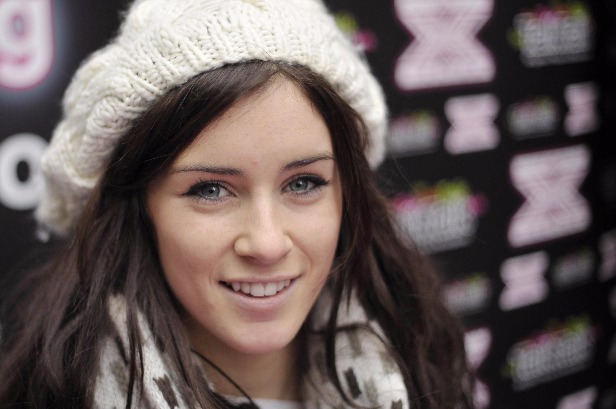 What did Lucie Jones do after her stint on The X Factor?

In 2010 Lucie was selected to play the role of Cosette in the West End production of Les Miserables, and also appeared in two episodes of Doctor Who spinoff The Sarah Jane Adventures. She was also chosen to be the face of Wonderbra’s latest advertising campaign. She has gone on to play a number of other roles on stage and screen.

[Read more: Bucks Fizz, Brotherhood of Man and the UK's other Eurovision winners - where are they now?]

What else has Lucie Jones appeared in?

She played the character Meat in We Will Rock You in 2013, and later that year continued her Doctor Who association by performing opposite former Doctor Matt Smith in the musical version of American Psycho.

In 2015 she guest starred in Midsomer Murders alongside American actor Clarke Peters, and recorded a song used in the episode, The Ballad of Midsomer County, with folk artist Seth Lakeman.

Last year, Lucie played the lead role in the UK tour of Legally Blonde, and went on to appear in the musical Rent on another UK tour.

When does Eurovision 2017 take place?

The UK automatically qualifies for the Eurovision final, alongside acts from France, Spain, Germany and Italy, and host nation Ukraine. The final takes place on Saturday May 13, following two semi-finals earlier that week.

Eurovision 2017 will be broadcast live on BBC One.