X Factor winners – where are they now?

Will this year’s X Factor winner become a global hit like Leona Lewis or Little Mix or a forgettable flop? We track down the show’s 13 winners so far.

Who’s going to win the X Factor becomes a hot debate in many a household around the UK during the autumn and winter months.

But a brief look back over the last 14 years proves that being crowned the show’s victor does not necessarily guarantee a glittering career in music.

We recall the series’ champions so far to see what kind of success – or disappointment – the winner of X Factor 2018 can look forward to.

The first winner of the X Factor may have been a lesson hard learned for future contestants on the perils of falling out with Simon Cowell.

Brookstein had been labelled a pub singer by Louis Walsh, and Sharon Osbourne slated him in the final, calling him “a fake”, “overly confident” and “an average singer”.

However, he was championed by Cowell until the South London singer refused to put out a second album of covers and found himself released from his Sony BMG contract just eight months after winning.

Never shy of airing his opinions on the flaws of both the programme and its boss, Brookstein has given a series of scathing interviews since they parted company.

He told the Daily Mail: “The X Factor is all one big theatre – it’s turning music into the WWF.

“The X Factor damages your credibility – or perhaps I should say Simon Cowell does.”

[Read more: Who are the X Factor judges?]

In another interview with The Guardian, he said: "Imagine a guy runs you over and breaks both your legs. You end up going to hospital and you fall in love with the nurse and then, for the rest of your life, that guy is saying, 'Hello mate, aren't you pleased I ran you over?' How much thanks do I have to give the X Factor for breaking my legs?"

Brookstein wrote a tell-all autobiography, Getting Over The X, that lifted the lid on his reality TV experiences. He has released three albums to date, the last in 2014.

Series two’s victor had a much less controversial journey through celebrity after releasing his winner’s single That’s My Goal.

Ward has put out four albums since his 2005 breakthrough although his last, in 2015, had to be crowdfunded after he was dropped by Cowell’s label Syco in 2011.

The singer is now better known as a Coronation Street regular, where his character Aidan Connor was at the centre of a tragic love triangle storyline with Eva Price (Catherine Tyldesley) and Maria Connor (Samia Longchambon) which ultimately saw him take his own life.

He also had success in musical theatre, starring as Stacee Jaxx in Rock of Ages in London’s West End, and was a popular contestant on ITV reality contest Dancing On Ice in 2013 during the same series as his former Corrie co-star Longchambon.

The third series of the competition launched the career of one of the biggest superstars it has ever produced.

Lewis stunned the judges with her vocal range. Her debut album Spirit topped charts around the world, while single Bleeding Love went to number one in more than 30 countries.

Her five albums have sold 20 million worldwide, making her second only to One Direction in terms of X Factor success.

She has bagged two Mobo Awards, an MTV Europe Music Award, and has been nominated for multiple Brits and Grammys.

Lewis starred in musical film Walking On Sunshine in 2014 and made her Broadway debut in 2016, playing Grizabella in a revival of Andrew Lloyd Webber’s Cats.

Scottish singer Jackson’s success was slightly more subdued than many other winners of the series.

His first single, When You Believe, reached number one but he only ever released one album and was swiftly dropped from Cowell’s label.

[Read more: Where is the X Factor filmed?]

Jackson ventured into songwriting and was said to have written a track for a contestant on The Voice in 2012 – the artist was Vince Kidd, who had been part of the band Futureproof which Jackson had gone up against in the X Factor final.

She may only have released two albums, but Burke has managed to be one of the more enduring stars of the X Factor by keeping a varied portfolio.

The 2008 winner had hits with Hallelujah, Bad Boys, Start Without You and Broken Heels before branching out from her pop career.

Musical theatre has proved a natural home for Burke’s talents – she took over from Beverley Knight in the West End production of The Bodyguard and then went on to star in Sister Act The Musical and as Roxie Hart in Chicago.

On top of her singing talents, Burke proved herself an impressive dancer too when she reached the final of Strictly Come Dancing in 2017.

Championed by fellow Geordie Cheryl, McElderry won the contest but has come off second best to that year’s runner-up Olly Murs in terms of subsequent fame.

However, McElderry’s more modest success is still nothing to be sniffed at – he has released five albums and has made something of a career out of winning reality contests.

The singer went on to win Popstar to Operastar in 2011 and was also the victor of the first series of perilous winter sports competition The Jump in 2014.

His Popstar to Operastar appearance led to him putting out the album Classic which included his versions of Time To Say Goodbye and Nessun Dorma.

McElderry has also starred in a production of the Andrew Lloyd Webber musical Joseph and the Amazing Technicolour Dreamcoat.

If you’re struggling to remember much about 2010’s winner, it’s probably because he has been overshadowed by the show’s most successful act ever, One Direction, even though the boy band finished a distant third in the public vote.

Cardle only released one album with Syco before being dropped as an artist, but has put out three more albums since then, most recently Intimate and Live in 2016.

He also has a duet with a former Spice Girl to his name – Loving You, which he recorded with Mel C.

After eight series the show finally crowned its first winning group, and Little Mix were a hit with fans from the very start..

But their fame is deserved for more than just that, as their four albums packed with hit singles have made them one of the most successful pop acts around.

They were the first girl group to reach the top five in the US album charts with their debut since the Pussycat Dolls, and beat the Spice Girls’ record of the highest US chart position from a British female group.

Perrie Edwards was regularly in the headlines for her relationship with former One Direction star Zayn Malik, but while the couple broke off their engagement in 2015, she and her bandmates have continued their rise to stardom.

Little Mix won a Brit Award in 2017 for British single of the year with Shout Out to My Ex, and were named best UK and Ireland act at the MTV Europe Music Awards in 2015 and 2016.

There latest single Woman Like Me reached number 2 in the charts and their fifth album LM5 peaked at number 3.

However, it all went horribly wrong for the Middlesbrough lad shortly after the release of his first album, when he fell out with a rapper who had made a diss track about him.

Arthur responded with a track of his own but the inclusion of a homophobic lyric led to Twitter rows with comedians Frankie Boyle and Matt Lucas, as well as with fellow X Factor contestant Lucy Spraggan.

iTunes ended up having to offer refunds on Arthur’s album to disgruntled customers and he gave control of his Twitter account over to his management.

He also released another track that appeared to promote terrorism and violence, and parted company with Syco shortly afterwards.

Arthur relaunched his career in 2016 and had a number one hit with comeback single Say You Won’t Let Go.

Former prison officer Bailey was the first X Factor winner in three years to get a Christmas number one, which she managed with a cover of Demi Lovato’s Skyscraper.

She supported Beyonce on tour in 2014, but only released one album under winner’s label Syco before being dropped.

Bailey gave birth to her third child in 2014 and made her show mentor Sharon Osbourne godmother.

She has since released a second album, toured in a production of Chicago, and performed at Butlins Holiday Resorts.

So far, it looks like the man who beat Fleur East to victory is heading towards the “sunk without a trace” category of X Factor champions.

He enjoyed a Christmas number one with his debut single, Something I Need, and released a duet with Kelly Clarkson, Second Hand Heart.

[Read more: What is The Greatest Dancer?]

But after just one album with Syco he and the label agreed to split and his most recent single, Alive, only charted at number 84 in 2017.

Johnson was not only X Factor’s youngest ever winner at 17 years old, she also has the unenviable title of the lowest chart position for a debut single by a winner.

Forever Young charted at number nine and her other three singles released since have been even less popular, ranging from peak chart positions of 13 to 48.

However, she was more successful with Tears, a collaboration with Clean Bandit, which reached number five in the UK singles chart in 2016.

Matt Terry didn't manage to make much of a mark on the music industry - his winner’s single was penned by Ed Sheeran, but despite also being a festive track, When Christmas Comes Around failed to make it any higher than number three in the charts.

Terry collaborated with Enrique Iglesias on a re-release of Subeme La Radio, where he showcased his Spanish skills and managed to chart at number 10 with the joint effort.

But his debut album, Trouble, peaked at number 29 and his first single from it, Sucker For You, was a disappointment, only reaching number 51. Unsurprisingly, he announced in June 2017 that he had parted ways with his record label. 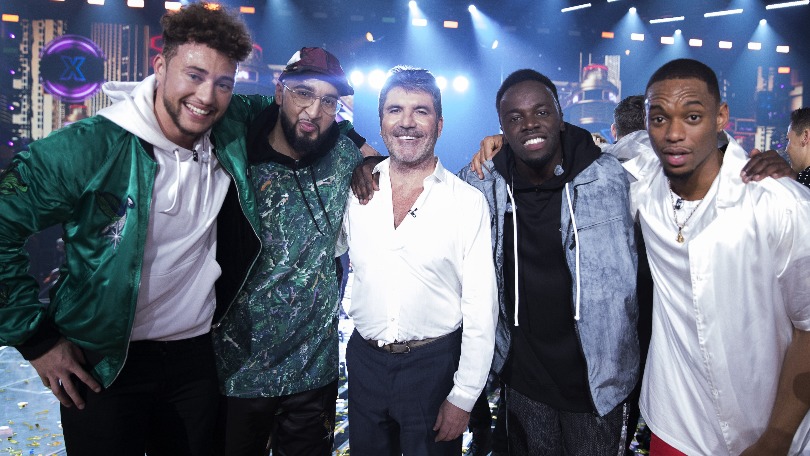 The Rak-Su lads were certainly popular winners, but it's unfair to judge their success so far as X Factor acts are usually kept out of the limelight following their first single, returning with new music during the next year's contest.

With an emphasis on original music in 2017, Rak-Su managed the feat of using one of their own tracks as their winners' single.

We're still waiting to see what their debut album will bring, but with a strong offering of self-penned tunes during the last X Factor, it looks like being the best winners' album in a while.