The troubled teen takes the fall for attacking Flora. Will she survive her horrific ordeal?

Peter is in turmoil thanks to the fake surrogacy. Toyah hopes they can start afresh, but her efforts to persuade him to begin relationship counselling fall flat. Instead, they put the pub up for sale.

[More from Corrie: Bill Roache says he will live to be 108]

Over the years, Peter has continually let Simon down, which is perhaps why the lad has gone off the rails. He neglects his fatherly duties again this week, missing an important meeting at school, during which Simon is suspended. 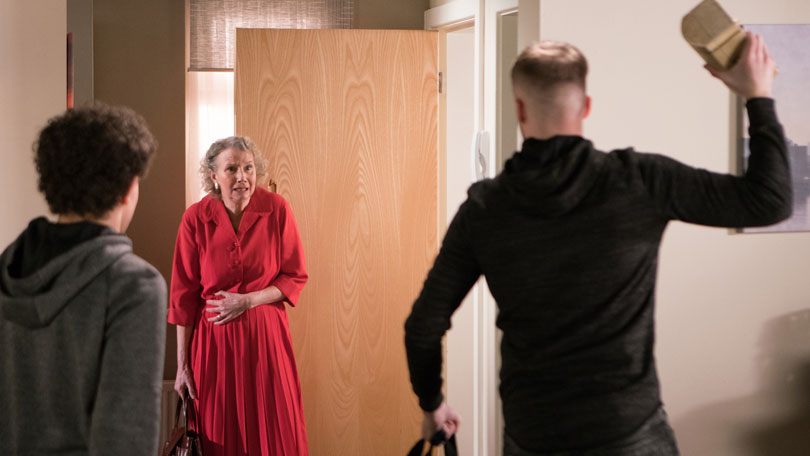 With time on his hands, the teen joins a gang and is coerced into stealing from the cafe before breaking into Flora's home in the hope of nabbing some of the £250k she's inherited from Vinny. She's knocked out during the raid, and while his 'friends' flee, Simon proves he's got a good heart really by staying with her - however, that means he's also going to be arrested.

[Catherine Tyldesley talks leaving the soap and what's next]

Elsewhere, Craig falls for Kayla's lies, Liz admits her feelings for Johnny and there are two wedding proposals for the Baldwins.