Emmerdale spoilers: Who will make a shock cameo in the Christmas Day special?

Emmerdale boss Ian MacLeod says the soap's Christmas special will be it will be a very 'weird' episode featuring fan favourites 'Robron' and a surprise cameo.

They’re one of the soap world’s favourite one/off couples, and Aaron Dingle and Robert Sugden are so popular with fans that like celebrity couples Kimye and Brangelina, the pair go by a single name - Robron.

And this infamously turbulent pair are set to be the central storyline on Emmerdale's Christmas Day episode.

Emmerdale boss Iain MacLeod teased that it’s one of the weirdest episodes he’s ever done and it’s going to get a lot of people talking.

“Christmas Day is almost a Robron single-strand episode, and possibly the weirdest episode we’ve ever done! 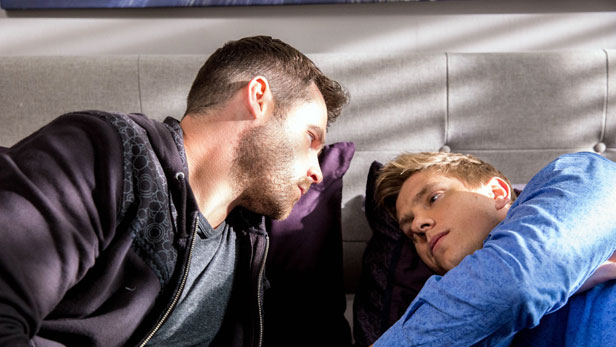 "It’s really out there, and is the episode I’ve been the most nervous about since I started because of how crackers it is!

"But it’s entertaining, dramatic, features a surprise cameo, is stylistically strange, romantic and really great,” he told us.

[Emmerdale quiz: How well do you know the Dingles?]

An Emmerdale insider revealed that this one-off Xmas special is to be a crossover between Groundhog Day and A Christmas Carol. We’re assuming it will provide an opportunity for the troubled and scheming Robert Sugden to see the error of his ways and promise to make amends in the New Year.

As for the surprise cameo, we have no idea who might be making an appearance, but we’ve got a few ideas:

Katie left the soap for good in 2015 when Robert accidentally caused her death when the floor gave way as he pushed her to the ground at Wylie’s farm. Perhaps she could be returning in spirit form – as the Ghost of Christmas Past perhaps? 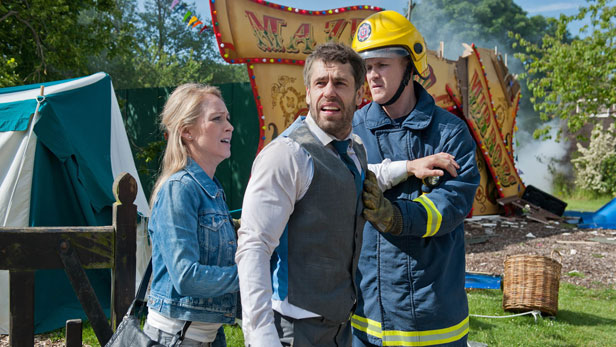 Katie’s widower Andy left Emmerdale last year. Fleeing the village on a fake passport (provided by Robert) after being framed for shooting Lawrence White, he hasn’t been seen since. We assume his character shall return to the village eventually, and we can’t think of a more dramatic way to do it than on Christmas Day.

Seb White – as an adult? 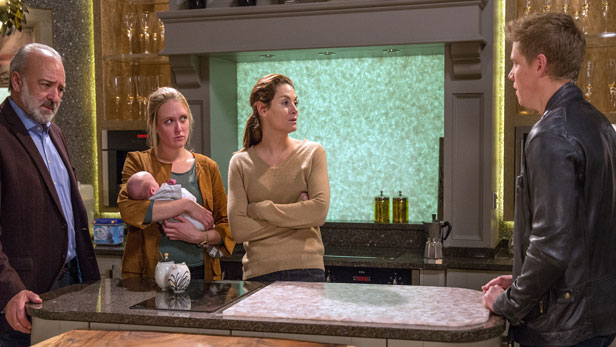 If Emmerdale is to go along with the traditional set-up of A Christmas Carol, then perhaps the Ghost of Christmas Yet to Come could be Robert’s baby boy Seb as an adult? If Robert doesn’t mend his ways, we can only imagine how troubled Seb's upbringing will be, and how that will affect him in adulthood. If Robert sees his beloved son as a damaged adult, surely he will be more determined to be a better person and dad before it’s too late. 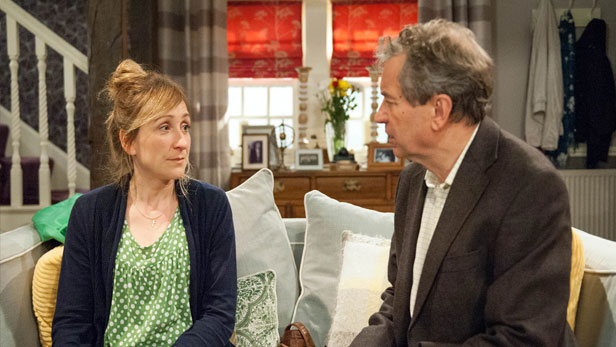 Emmerdale fans were left absolutely devastated when Ashley died of dementia this year. He had become the moral compass of the village, and perhaps in ghost form he will be able to shed some moral light on Robert and convince him that he needs to make serious, major changes in his life.

Back in February, their attempt at a wedding ended disastrously for Aaron and Robert. On their wedding day, Aaron was arrested, prompting Robert to sleep with his ex Rebecca – who then found herself pregnant.

Once Aaron was out of jail, he and Robert split, and they’ve been separated ever since. Could this Christmas episode spell a permanent reunion for the pair? This seems fairly likely.

“I always see Robert and Aaron as being on opposite ends of a long bit of elastic,” MacLeod said.

“At the moment they’re stretched tight and as far away from each other as I’m comfortable with them getting. The events of Christmas and New Year will bring them back together again.”

As for whether they will ever get a proper wedding, MacLeod said we mustn’t give up hope just yet because there’s a very good chance of a summer ceremony:

“The wedding is definitely still on the cards! Be careful about when you book your summer holidays next year..."

Emmerdale continues on weeknights at 7pm on ITV.