Matty, formerly Hannah Barton, finally returns to Emmerdale. Cain mistakes him for an intruder, while Moira is left stunned at her son's transformation...

It's been a turbulent couple of years for Moira and her offspring - she lost Holly, unexpectedly gave birth to Isaac and saw Adam go on the run - but throughout it all, her younger daughter Hannah has been strangely absent.

[Who's leaving Emmerdale? Who's joining the soap?]

We finally learn why after Cain knocks out an intruder he finds rifling through the drawers at Butler's Farm. When the stranger regains consciousness, he reveals his name is Matty, which means nothing to Cain - but then Moira returns, and recognises the 'burglar' as Hannah. 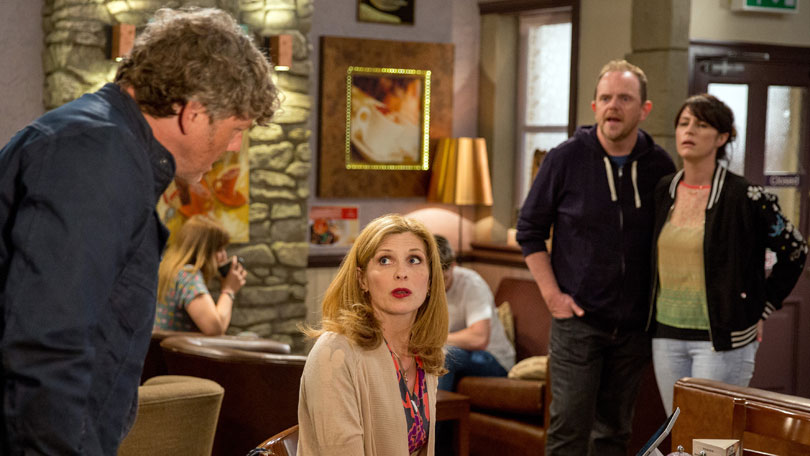 Matty explains he's now living as a man and only came back for his birth certificate, but can he be persuaded to hang around for a while, or will Moira's reaction convince him he should continue to keep well away from the Bartons' non-stop dramas?

[Where is Emmerdale filmed? How to visit the 'real' Yorkshire village]

Elsewhere, Daz tells Dan, Kerry and Bernice about the ransom demand, but when his plan to get the money fails, he disappears, leaving Kerry convinced he knows more than he's letting on.

Lachlan receives a threatening anonymous text, Cain has a violent encounter with Simon, and David and Tracy get closer.