Opinion: Box-set Brits have best of both worlds

A senior BBC executive has slammed Brits who binge on US TV series. But, argues Michael Moran, the UK’s drama producers would do well to learn from transatlantic television.

In a forthright blog post entitled ‘Celebrating British drama’, Danny Cohen, the BBC’s Director of Television, has slammed those of us who binge on American-made TV box sets.

He asserts, not unreasonably, that British dramas are equal to the best that the US has to offer. Perhaps better.

He suggests that US dramas get more coverage not so much because of their quality but because there’s a cultural bias towards them among the kind of broadsheet journalists who shape public opinion.

And, to an extent, he’s right. He cites Happy Valley, Sally Wainwright’s universally acclaimed drama series, as the kind of standout British drama ‘that we should get better at celebrating’.

He lists other BBC gems that most viewers would agree represent some of the best in telly; Call The Midwife, Sherlock, Doctor Who, Last Tango In Halifax and Luther, And mindful of the fact that he’s talking about British TV as a whole he also had some kind words for Broadchurch, Line of Duty and Downton Abbey too.

There’s a fundamental reason why we don’t tend to buy box sets of British series and binge-watch them."

But I think there’s a fundamental reason why we don’t tend to buy box sets of British series and binge-watch them. Two reasons, in fact.

First, and most obviously, we’ve seen many of them on first broadcast, and even if we haven’t the catch-up TV services in the UK are second to none.

But the second reason is that size matters. British TV dramas tend, in the main, to be comparatively short affairs. Six one-hour episodes is the general maximum. US shows can sprawl across a dozen episodes.

Recent ITV import The Americans tells in 13 episodes stories that a British show might wrap up in four. The first series of Lost had 25. Twenty-five. 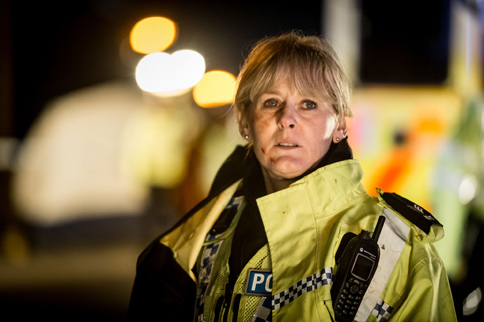 That expansiveness lends itself to the ‘shall we just watch one more?’ feeling that makes bingeing on box sets so enticing. And that expansiveness comes down, more often than not, to raw economics.

I spoke to screenwriter Lisa Holdsworth, who has worked on long-running hits such as Emmerdale, Waterloo Road and New Tricks, about the differences between British and American TV culture.

“I think the reason the US can sustain long series is simply because they use the writers’ room system where a team of writers come together to plan stories and discuss characters arcs for each episode. They are employed as professionals with offices and salaries and all that lovely stuff,” she said.

“Meanwhile, British writers work in isolation as freelancers. We produce short ‘authored’ series with the odd episode given to another writer. The bottom line is that there is only so much that you can get out of one writer bashing away on her own!”

The writers’ room approach requires a cultural shift in the way we pay television writers."

Cohen does touch on the series length issue in his blog. “I would argue that the right length for a series is the one that most effectively and creatively fits the story being told. In the same way, we'd all get a bit sniffy if a decision was made by book publishers that all novels had to be either 200 pages or 400 pages, rather than the right length for the story.”

I’m not sure he’s  altogether correct. There are a handful of infinitely long-running shows such as Emmerdale and Coronation Street, and plenty of perfectly-formed short runs such as Sherlock. But very little in between. 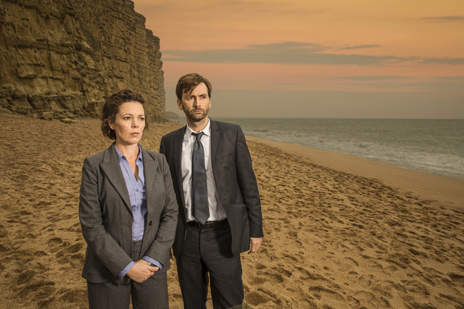 The writers’ room approach requires a cultural shift in the way we pay writers, and with a seemingly endless financial squeeze in television as everywhere else, that doesn’t seem likely.

Lisa Holdsworth says she’s met plenty of British screenwriters who would love to work in a US-style writers’ room but who are told that the budget simply doesn’t exist.

Yes, we do make some of the best telly in the world, but when you can burn through the whole of Line of Duty in an evening, you’re not likely to form an addiction to it in the same way as you might, for example, to The Wire.

As it stands, we have the best of both worlds. We can watch quality TV live, scoop up anything we’ve missed using the iPlayer and still pick up the DVDs of our stateside favourites.

So, while I agree with Danny Cohen that we should be proud of the TV programmes we make here, I think that we still have much to learn from our cousins across the sea.

Michael Moran is a TV critic. He's always the one in his house who says "shall we watch just one more?".

This article is the opinion of Michael Moran and not necessarily that of BT.