Doctor Who Christmas special - What time is it on? What happens in it? Who is in the cast? How will Peter Capaldi's Doctor die?

It's Peter Capaldi's last outing as the Twelfth Doctor and sees the very first Doctor back in the Tardis. What other festive treats does the Doctor have in store for us?

Christmas is coming and for Whovians, more exciting than any present under the tree on December 25 is the prospect of a special episode of their favourite show.

The Doctor Who Christmas special has become one of the most hotly-anticipated events on the festive TV schedule, so we’re already looking forward to 2017’s instalment.

As we cross off the days on our calendar, let’s take stock of everything we know so far about the forthcoming episode.

When will the Christmas special air?

Twice Upon A Time will be broadcast at 5.30pm, Christmas Day on BBC One.

The finale of series 10 gave a taster of what we can expect from the Christmas episode, and showed us at least two of the stars we can expect to see.

Peter Capaldi will return as the Time Lord, but there’s a treat in store for fans as he will also be joined by David Bradley as the original Doctor – although that role was of course first played by the late William Hartnell.

Bradley promised: "The fact that it’s not only Steven’s last gig but Peter’s last performance as the Doctor, combined with the fact it’s the Christmas episode, means that it doesn’t get any better really."

[Read more: Who is Doctor Who companion Mandip Gill?]

Look out too for the debut of Jodie Whittaker as Doctor 13 before she stars in her first full series in 2018.

We also know that recurring star and writer Mark Gatiss will appear as a new character, a mysterious World War I soldier known as The Captain, and that somehow Pearl Mackie will return as companion Bill, despite being killed off during the last series.

Gatiss said: "We were at a script meeting for the series 10 episode I’d written, Empress of Mars, when Steven took me aside and said 'I know you get booked up quickly so will you keep June and July free?' I said yes straight away, and then asked why! He said 'I’m writing a part you’d be perfect for in Peter’s last story, and I want you to be there when I go'. Which is a Doctorish line in itself and made me well up." 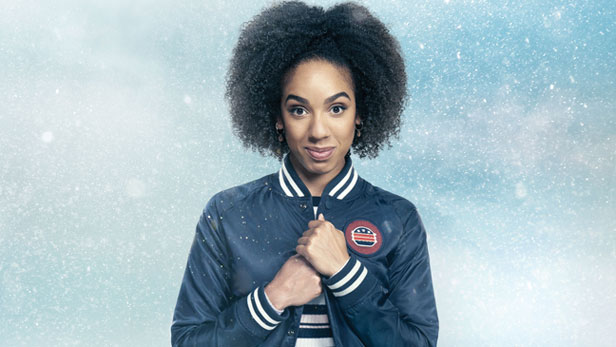 Former companion Jenna Coleman has been asked to reprise her role as Clara, but has remained cryptic on whether she said yes. She told fans at Belgian Comic-Con: “All I’ll say is that from February to late August, I was filming on Victoria. I did film goodbye and leaving videos for Steven [Moffat the programme's outgoing producer] and Peter. It was good. I was literally outside a trailer saying ‘hi!’ on a phone. Maybe some rumours have come from there. I don’t know.”

[Read more: Steven Moffat - Doctor Who greatest show ever made]

We’re still waiting on a final cast announcement, but with previous Christmas specials featuring the likes of Kylie Minogue, Michael Gambon, Richard E. Grant and Sir Ian McKellen, we’re expecting something amazing to have been lined up.

What will the storyline be?

The teaser for the Christmas episode, which will be called Twice Upon A Time, at the end of series 10 showed Capaldi’s Doctor being fatally shot by a Mondasian Cyberman and beginning to regenerate.

It certainly looks like a white Christmas on the sci-fi show as he stepped out of the Tardis into an Arctic landscape, to be confronted by an approaching figure declaring himself to be the “original” Doctor.

[Read more: Everything we know about Doctor Who series 11]

Fans are looking forward to seeing how the two incarnations of the Doctor will interact with each other, but the storyline does not end there.

We’re looking to Gatiss’ casting as a clue to where the episode will take us, as he has told Empire that his World War I Captain character will have a “resonant echo in the whole Doctor Who story”. We also know that The Captain is seemingly destined to die in battle, but is taken from the trenches to play his part in the storyline.

Gatiss has revealed that the battle scenes were shot on location, but also added that it would be "a very funny and lovely story...perfect for Christmas", so it shouldn't all be doom and gloom.

Added to that, Bill’s return and possibly Clara’s, will also need to be woven into the plot, as will Whittaker’s first appearance.

A synopsis of the episode teases: “This is the magical last chapter in the Twelfth Doctor’s epic adventure. He must face his past to decide his future. And the Doctor will realise the resilience of humanity, discovering hope in his darkest frozen moment. It’s the end of an era. But the Doctor’s journey is only just beginning."

Mackie has revealed that some of the Doctor's old foes will make a festive appearance, but added that there would be a new monster - a lady who's made of glass. Spooky.

For further clues, Moffat has confirmed that there will be a giant stone spaceship full of glass creatures, a recreated First Doctor's Tardis from the 1960s, a First World War battlefield, and "at long last we go to a location that I mentioned in my very first episode of Doctor Who back in 2005, as we visit the ruins of Villengard".

Moffat explained: "Tonally, it’s about saying, 'to hell with dying, let’s get on with living'. And what’s more Christmassy that that? It’s the turn of the year, a time for new beginnings, it’s the time when we start climbing back towards the light."

Why should you tune in on Christmas Day?

We'll let Gatiss take care of this one, as he puts it so perfectly.

He said: "There’s always something magical about being on Christmas Day, and I think Doctor Who itself has a magic to it. Somewhere deep in its bones there’s something brilliant about this show, and the combination of the two things gives you that shiver. It’s a wonderful thing to be there as a Christmas Day treat. This episode, as it’s the end of an era, has that.

"Christmas is an interesting time, too. There’s something special about it, something in the frosty air that always feels like it’s a good time for ghost stories or stories of enchantment; it’s happy but bittersweet. That’s what this episode has to it in spades."

Is this farewell to Peter Capaldi?

Afraid so. We’ve loved Doctor Who superfan Capaldi’s time on the show, but despite his incarnation having vowed that this time he would not live on and regenerate, Bradley’s character explained that he wouldn’t have much choice.

It’s already been revealed that Whittaker will make her Doctor debut in the special and that she will star in series 11 from autumn 2018, so this really is goodbye for Number 12.

Moffat, who's also leaving, said of creating his final episode: "When we approached filming Peter’s last moments as the Doctor, we did talk more about how exactly he should meet his end. We were both very pleased with that final section of the script already, but as we went through piece-by-piece we thought there were ways to improve it so I’d be banging out new pages each night for us to discuss on set each day. That was so enjoyable and exciting to do – to really feel that we were getting his send off right - that in a way it took whatever emotions we were both having about leaving and put them on screen where they belong.

"By the time we got to that part of filming, I think Peter and I were probably the least emotional on set because we’d put it all in the show."

[Read more: Test your Christmas TV knowledge with our quiz]

Capaldi said: "Doctor Who has taken me on an amazing journey. I went to the end of time. I met fantastical  creatures. And I blew them up.

"Now that it’s coming to an end, I wish the Doctor all the very best for the future, and the past, and everything in-between. Time I was off."

The Doctor Who Christmas special Twice Upon a Time will air on Christmas Day at 5.30pm on BBC One.