From The Grand Tour to The Marvelous Mrs. Maisel, these are some of the best TV shows in the world available to stream now.

If you’re not familiar with Prime Video, here's a quick guide to the very best Prime Originals available to stream at the push of a button - and here's what's coming soon to Prime customers. 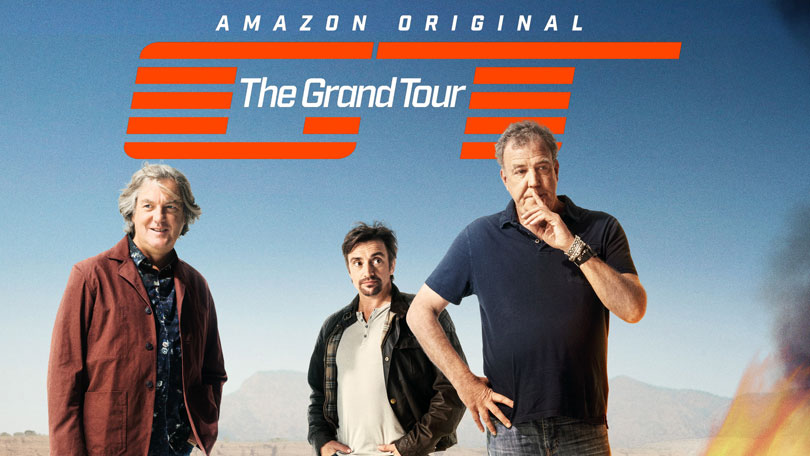 Billed as the world's greatest show about three middle-aged men rampaging around the world having unusual adventures, driving amazing cars, and engaging in a constant argument about which of them is the biggest idiot – The Grand Tour is the most epic motoring show on TV.

Season 3 is available to stream on Prime Video now - and here's everything you need to know about it. 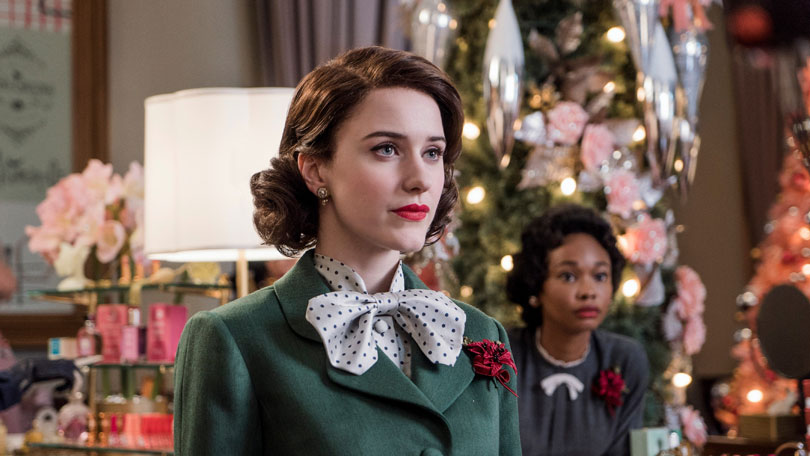 The first season premiered in November 2017 and was an immediate hit with critics, taking home two Golden Globes for Best Television Series (Musical or Comedy) and Best Actress for an unforgettable performance from Rachel Brosnahan.

A comedy drama set in 1958 New York City it centres around the trials and tribulations of Midge Maisel, a beautiful Jewish New Yorker who seems to have it all. Living a comfy lifestyle with her husband and kids in their trendy Upper West Side apartment, she embodies the perfect 1950s housewife lifestyle.

But this all changes when her businessman hubby Joel, who moonlights as a struggling stand-up comedian, confesses to Midge that not only has he been having an affair with his secretary – but he’s leaving his family for her.

Devastated Midge goes on a drunken rampage, only to leap onto stage and give stand-up comedy a go. And - would you know - she’s surprisingly good at it, so much so that she begins to consider it as a potential career.

Season 2 is available to stream on Prime Video, and here's why it's the most important show on TV right now. 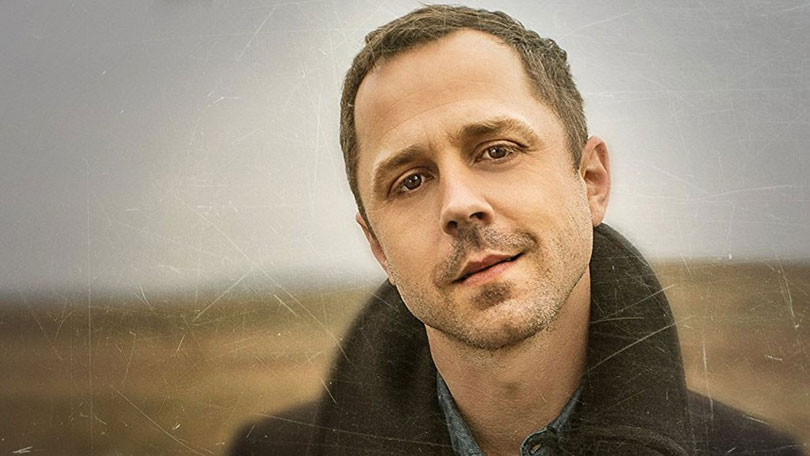 Starring Emmy nominee Giovanni Ribisi and created by Bryan Cranston (Breaking Bad) and David Shore (The Good Doctor), Sneaky Pete revolves around a con man, who left prison only to find himself hunted by the vicious gangster he once robbed.

With nowhere else to turn, he took cover from his past by assuming the identity of his cellmate Pete and “reuniting” with Pete's estranged family.

During its series debut, Sneaky Pete was the second most streamed original scripted series on an opening day with a 100% Rotten Tomatoes score.

4. The Man in the High Castle 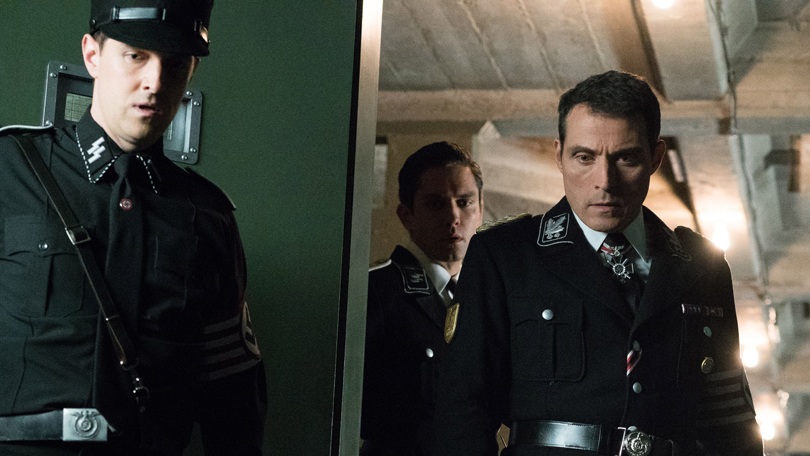 The big budget dystopian drama The Man in the High Castle has proven to be a major hit and has already taken home two Emmy Awards.

Based on the alternate history novel by Philip K. Dick, The Man in the High Castle reimagines America in 1962 as though Nazi Germany had won World War II. After the conflict ends, the United States is split between Nazi Germany and Japan.

The rising tensions between these two Axis Powers has been explored in the two series to date. We have also met a mysterious resistance group which has access to film roll which shows an alternative yet, to us, familiar end to WWII – one which the Allies won.

You can stream the first three seasons now. 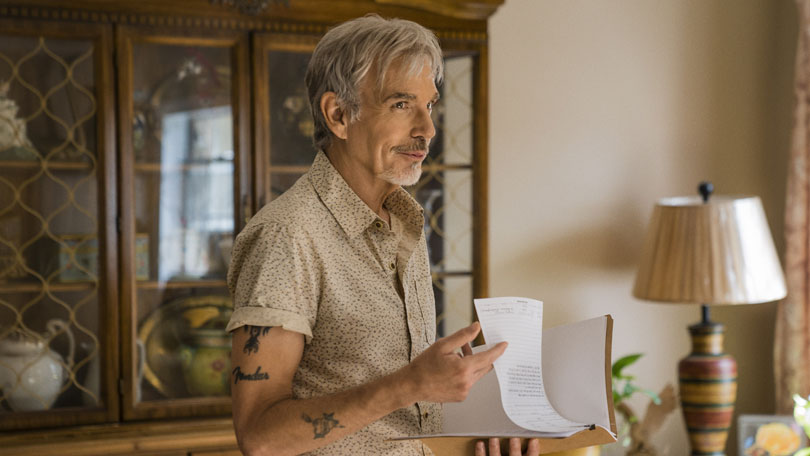 Goliath follows down-and-out lawyer Billy McBride (Thornton) as he seeks redemption. His one shot depends on getting justice in a legal system where truth has become a commodity, and the scales of justice have never been more heavily weighed toward the rich and powerful

Thornton won the 2017 Golden Globe for Best Actor in a Drama Series, and the first two seasons are streaming now.

6. Mozart in the Jungle 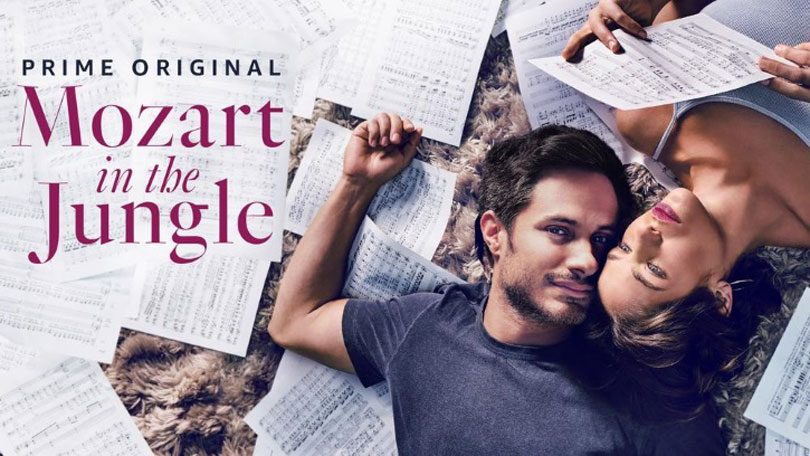 Sex, drugs-and classical music – this Amazon Original Series looks at how what happens behind the curtains at the symphony can be just as captivating as what happens on stage.

Based on Blair Tindall's 2005 memoir, Gael Garcia Bernal is magnetic and this series is a must-watch even if you don’t know your conductor from your oboe.

Based on Michael Connelly’s best-selling novels, there are already four seasons of Bosch streaming on Amazon with a fifth confirmed.

Starring Titus Welliver. (NCIS, Prison Break and Sons of Anarchy) as the famous detective,  this is the first ever on-screen incarnation of Harry Bosch from the bestselling detective series, which have sold over 50 million copies worldwide.

Addictive and thrilling in equal measure, Bosch is an original and diverse take on the TV detective genre.

CIA analyst Jack Ryan (The Office actor John Krasinski) stumbles upon a suspicious series of bank transfers and his search for answers pulls him from the safety of his desk job and across Europe and the Middle East - as a rising terrorist figurehead prepares for a massive attack against the US.

With an original storyline, while still maintaining the fan-favourite characters, Tom Clancy’s Jack Ryan is an action-packed CIA thriller that will keep audiences on the edge of their seats through every twist and turn. Find out why everyone’s talking about it.

Season 1 is streaming now on Prime Video following its release in summer 2018. Season 2 was confirmed in April this year, and filming is already underway, although a release date has yet to be confirmed.

Michael Kelly (House of Cards) and Noomi Rapace (The Girl with the Dragon Tattoo) have been confirmed to be joining the cast for season 2. 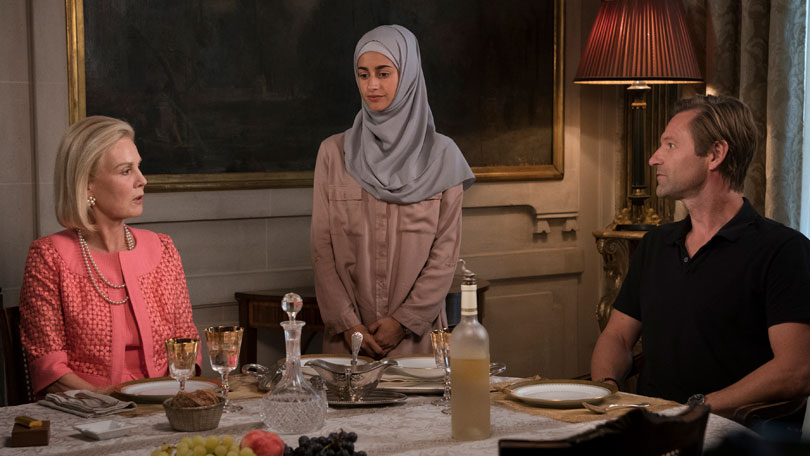 The Romanoffs features eight separate stories spanning seven countries, where seemingly unconnected people all claim to be Romanoffs, aka descendants of the Russian royal family.

Filmed in Europe, the Americas and the Far East, each episode takes up a different story, in a different location, with a new cast.

Some of the 'Romanoffs' are social climbers, others seem deluded about their identity, while some are just interested in their ancestry - but all of them have a riveting story to tell.

The series was written, directed and produced by Mad Men creator Matthew Weiner. He's won nine Emmy awards – seven for Mad Men and two in his role as producer of the Sopranos. It also stars Mad Men actress Christina Hendricks.

Homecoming is a mind-bending psychological thriller starring Julia Roberts, alongside Sissy Spacek, Bobby Cannavale and Stephan James, based on the acclaimed fictional podcast series of the same name by Gimlet Media.

Roberts stars as Heidi Bergman, a caseworker at the Homecoming Transitional Support Center, a Geist Group facility helping soldiers transition back to civilian life. Walter Cruz (Stephan James) is one of these soldiers, eager to begin the next phase of his life.

Four years later, Heidi has started a new life, living with her mother (Sissy Spacek) and working as a small-town waitress, when a Department of Defense auditor (Shea Whigham) comes to her with questions about why she left the Homecoming facility. Heidi begins to realise that there’s a whole other story behind the tale she’s been telling herself.