The stars of Amazon Prime Video’s new fantasy series talk to us about the incredible Carnival Row universe.

Amazon Prime Video's new fantasy series is an epic 8 hours of television, which builds worlds, wars and complex histories off the back of the central relationship between Orlando Bloom's Rycroft Philostrate and Cara Delevingne's Vignette Stonemoss. 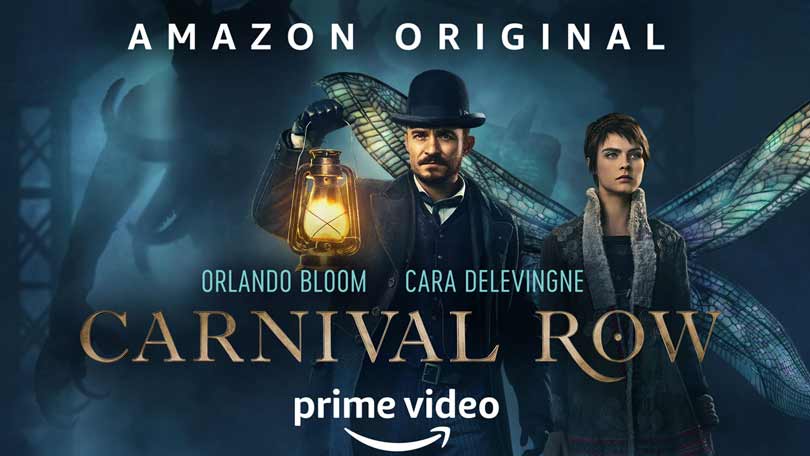 Philo is a human detective, trying his honourable best to protect Carnival Row’s immigrant population, who are forced to co-exist with humans after losing their war. Vignette is a former flame of Philo and a refugee faerie. They fell in love during the war and at the start of the series a heartbroken Vignette wrongly believes Philo is brown bread.

Orlando and Cara attended the UK premiere of Carnival Row to answer burning questions about the dark and mysterious new show.

1. What was your first reaction when you read the scripts for this show? 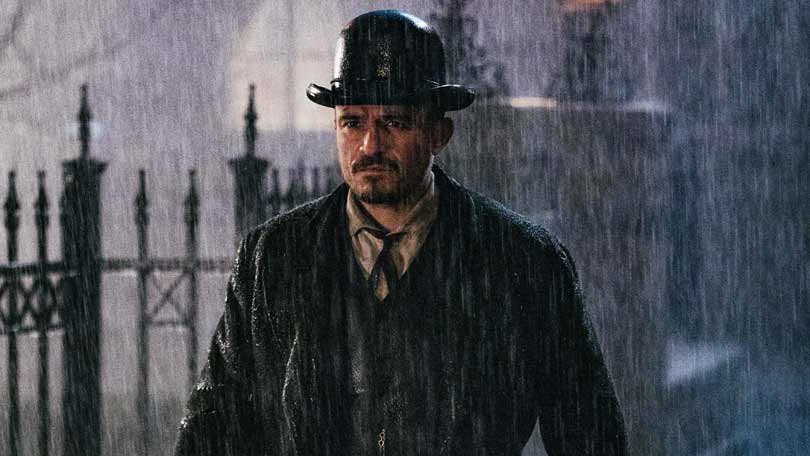 Cara: I read a couple of scenes and there was more depth and emotion in between the lines than any character I'd even read a whole script for.

I was so in fear of it but also so fascinated by it and if I hadn't got the role I know I would still be thinking about it to this day, It sparked a fire inside of me. The world that got presented to me after that was fully jaw-dropping, I couldn’t have imagined a world more terrifying and amazing, immersive, dynamic and insane.

Orlando: Having been part of another fantasy genre movie I was a little bit familiar with that world but I really honestly felt like I'd never seen anything like this before.

And I was intrigued by Philo this man who was born an orphan raised in an orphanage then served in the military and went on to be a police detective. I thought about you know being raised in institutions and what that would do to the psyche of a man.

And he is a man with a secret. And that secret I think is something that gives him a super power in my mind which is that he is empathetic. And I think a man who is trying to do the right thing.

2. The show deals quite openly with political issues – most notably immigration. How did you feel about that?

Orlando: There's so many interesting social parallels in in the show with the commentary on the refugee migrant crisis.

You know I think Travis wrote this 20 years ago and it was relevant then and it's and of course that's an issue that's been going on for hundreds of years really. Race, love, fear of intimacy, fear generally, they are all covered

Because it’s original and because there's no book, it felt like the show could go anywhere and if they're leaning into that now, hopefully it can continue to play into some of the fears that we're seeing play out in the press today.

As an actor that's kind of a gift right.

Cara: I'm actually so glad that it is episodic because I think with something that is this important it's a lot to digest.

I think people are scared to have this conversation because people want to be ignorant about how many people are struggling in this world right now.

3. Cara – what were the flying scenes like to film and did you do any stunts? 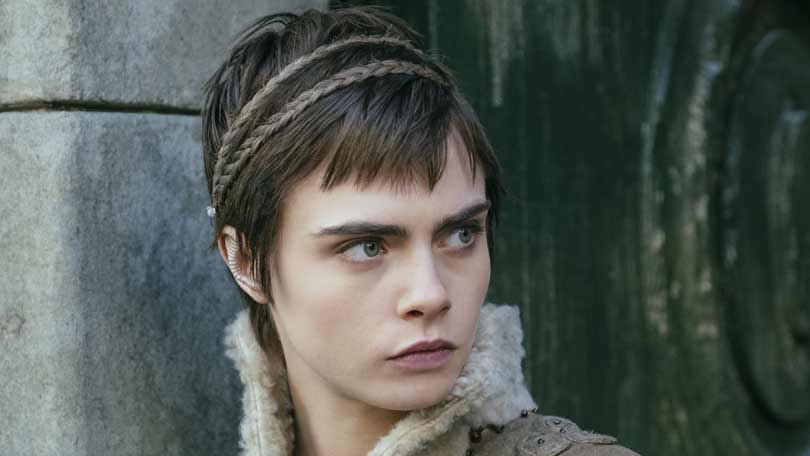 Cara: You should see my stunt women do them because I'm not good at it.

When I fall down on my ship that was 100% real. When I fall over at any point, that was just me.

Orlando: I think when you jumped onto the bed on top of me a couple of times, there were a couple of near misses!

Cara: I'm not controlling the wires all right. It's not my fault. It was two men always constantly standing there going, ‘oh my God are we going to drop it?’

The worst thing was I didn't know the guys. I actually met those two men into the last hour filming. I said, ‘I’ve put my life in your hands and I don't know your name’. I felt so bad, that was horrible. ‘I am such a horrible person, but thank you for being so careful with my life’.

4. And how were the wings made? 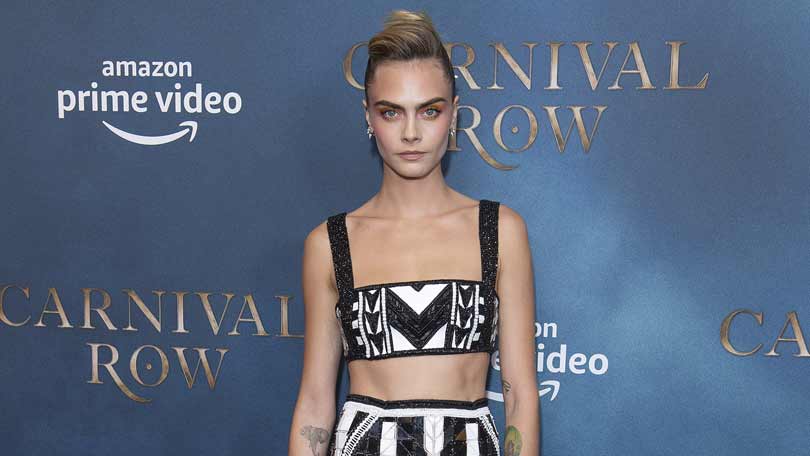 Cara: There was actually a really long process to find the texture and deciding what the wings would be like. If they were more insect wings or bird wings. How big the veins would be and they needed to feel like skin and had to decide on the way they flapped. How do they move? I could talk about the wings forever.

The part in the first episode where she has her wings strapped down really spoke a lot to me. That's how women were treated for so long. It’s the days of corsets, where you can't breathe, you shallow breathe. You can't move your body in so many way. It’s a commentary on just women and being second class citizens for so long.

It was just really beautiful, so clever.

5. With such unusual characters, how did you develop them and prepare for them? 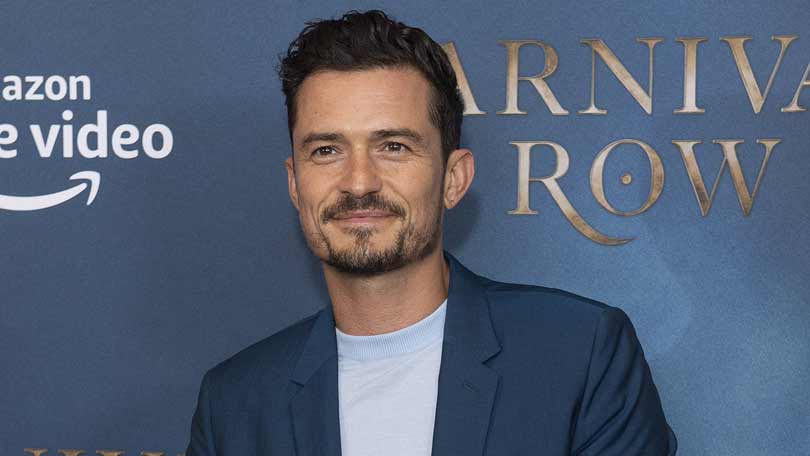 Cara: You know Philo, you kind of know a bit more about his history. I had to work with the showrunners on fleshing her out, maybe what she's lost and trying to discover that for myself.

It’s just finding the little things. The little connections. So with someone who has been heartbroken and has so much taken away - you get a thick skin and she definitely has that.

But most people also get a hardened heart and I know that's one thing she does not have. She really has this open heart and sometimes to her detriment.

Some people would take advantage of open hearts - I think that's one of the most incredible things about her. Usually heart people hurt people. She doesn't. She tries to lead with compassion and forgiveness and love and that's the most enduring quality about her.

6. The show looks incredible – what was the set like in Prague? 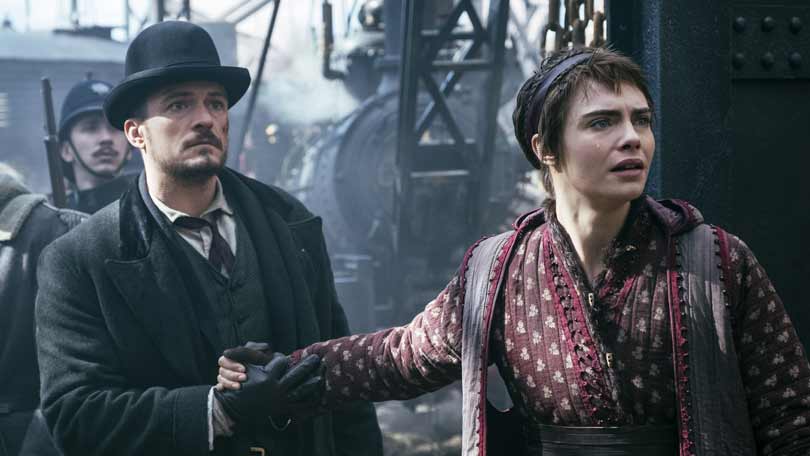 Orlando: The amazing thing about the Row was that they had this amazing backlot in Prague.

Cara: It smelt like it looked. It didn’t, it didn’t.

Orlando: It was incredible. And there was so much detail on that. You know, you'd open a box of chocolates at the Spurnrose house and there really was chocolates inside. They were quite tasty actually. That kind of level of detail, when you create a stage for an actor to perform on, that's all we want.

You can play with the space and it makes for such an authentic world and when it comes to fantasy I think that's what all the fans are looking for right. How real can this fantasy world look and feel?

Cara: I mean every day I feel like my breath is being taken away literally and figuratively. But just yeah outshining each day, every set, every room, the mountain scenes, shooting in a six hundred year old church and Prague was a brilliant place. You should have seen the wrap party and the amount of people who had worked on this – it was insane.

7. The show already has a season 2 – what can you tell us about it? 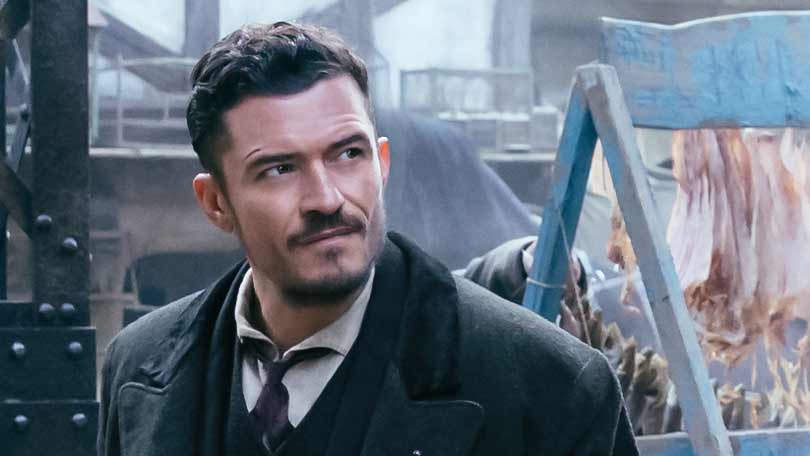 Orlando: We start filming that next month. That is a surprise, yeah. In two weeks. It is exciting actually and that's a good news because if it wasn't good or if we didn't enjoy working on it, it would be like a prison sentence.

It's really great that we're going back to do something that we love.

I think the world-building is just growing and getting better. Honestly, the first season is always going to be finding its feet. From what I've read for season 2 it's really exciting.

Amazon Prime Video is the home of original hit series including The Boys, The Grand Tour, The Marvellous Mrs Maisel and Good Omens.