In the most eclectic episode yet, the presenters run wild in an Aston, a Citroen and a very special Corvette.

The third series of The Grand Tour has featured some stunning scenery, explosive challenges and mouth-watering cars.

But this week, we saw a different side to the show as James May got to unleash his inner historian, taking us back to the space race and celebrating America's first astronauts.

Season 4 of The Grand Tour is going to focus on the travel specials, but Prime Video have also confirmed plans to work on solo projects with the presenters.

Hopefully, we can look forward to more films like this one from James May, where his exuberance and passion for incredible stories from history shines through. 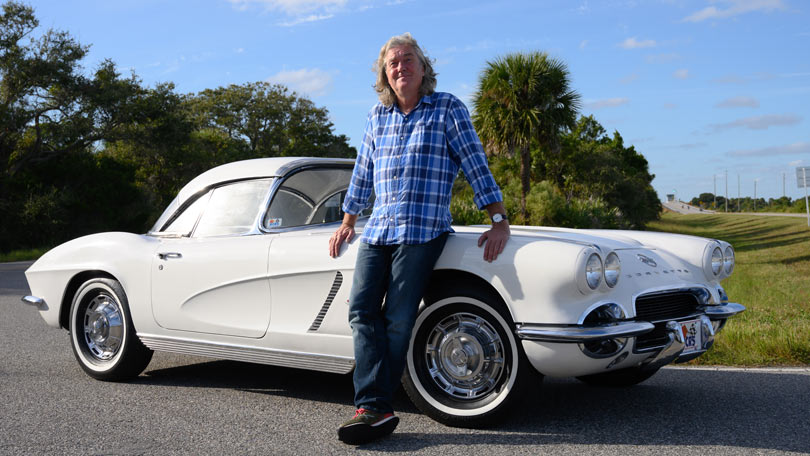 It’s fair to say, James was slightly moved by the experience of getting behind the wheel of a car once owned by the first man on the moon.

His film on the vehicles owned by the early astronauts was a fascinating start to the episode, which showcased the rock ‘n’ roll early years of space travel. A world away from, as Jeremy Clarkson puts it, ‘the polo necks tucked in chinos' of 2019.

Richard vanishing in an Aston 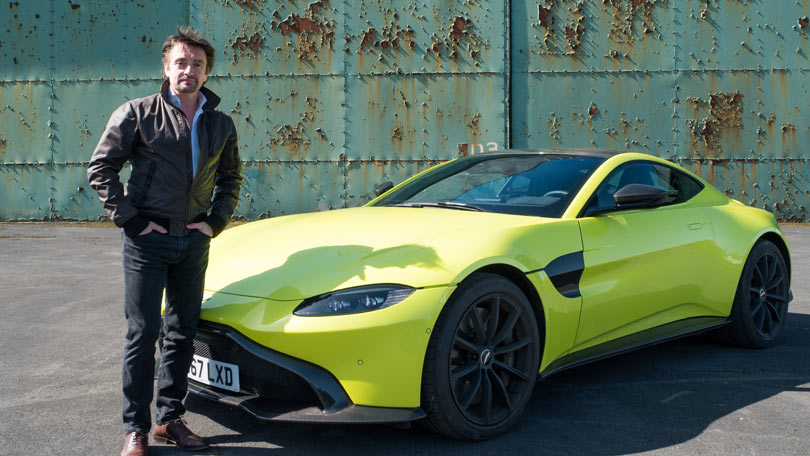 Richard Hammond headed to the Eboladrome in a horribly-coloured (“You’d go to the doctor if your wee came out like this”) Aston Martin V8 Vantage.

Hammond heads into the test with low expectations about the British icon, but thanks to some wonders of German engineering (Hammond apologises to those of ‘a Brexity persuasion’), he is more than a little surprised by the power, style and slickness of the new rival for the Porsche 911.

And that was despite him looking like a 7-year-old in his dad's car as he disappeared behind the wheel in the car's most relaxed seat position.

"That builder saw you coming" 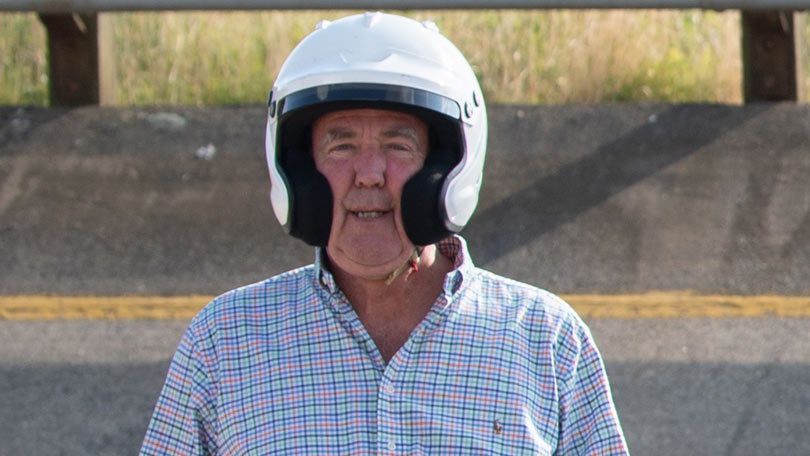 If you've ever walked underneath Jeremy Clarkson’s flat in London, we can only apologise for the sight that you may have witnessed.

Let’s just say, the glass in his bathroom has a slight design flaw. 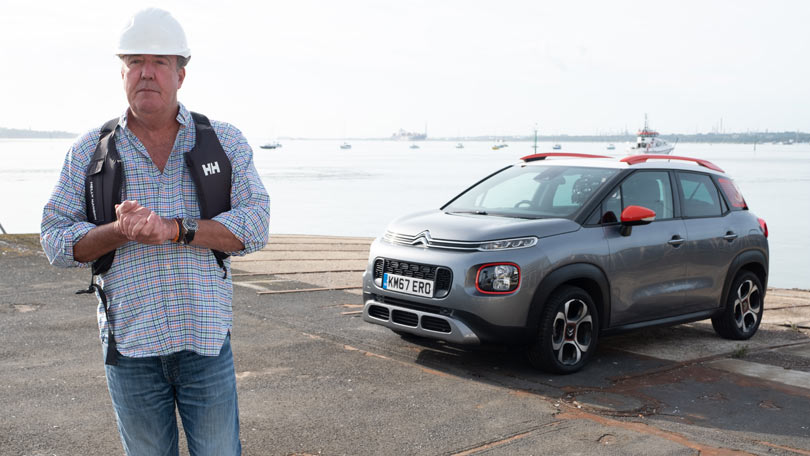 Jeremy's defence of the Citroen C3 aircross is remarkably convincing and utterly ridiculous as he tackles a surreal series of challenges.

From squeezing Angelina Jolie’s 'children' into the backseat, fitting a horse into the boot and tackling a French criminal on the loose, Jeremy is at his very silliest.

Perhaps the most impressive challenge is when he claims that his little vehicle can shift a mammoth ship. The final result is actually incredible. 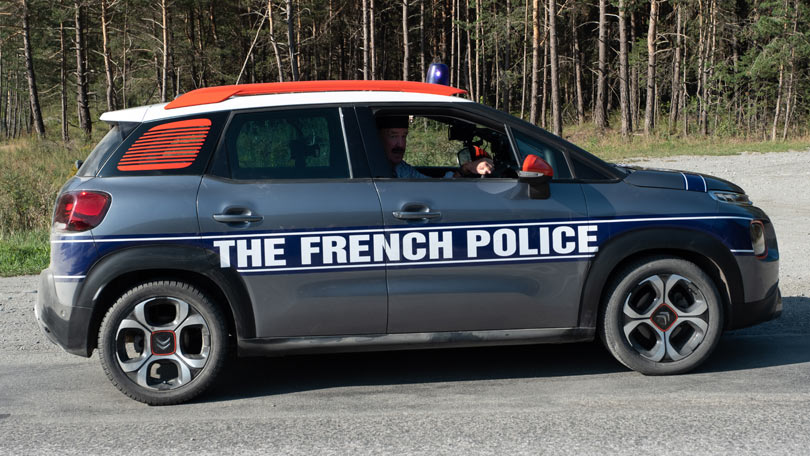 And if pulling Boaty McBoatface with a Citroen wasn't impressive enough, Jeremy's final challenge involves invading Italy in the style of a Tunisian general.

Who needs an elephant, when you can race through the mountains in a Citreon?