Turned from podcast into TV series, Homecoming is a late contender for TV show of the year. Here's everything you need to know about Julia Roberts' thriller from Amazon Prime Video.

The Pretty Woman and Erin Brockovich star features alongside Sissy Spacek, Bobby Cannavale and Stephan James in the psychological dark drama based on an acclaimed fictional podcast series.

Here is everything you need to know about one of the TV events of 2018.

What is Homecoming about? 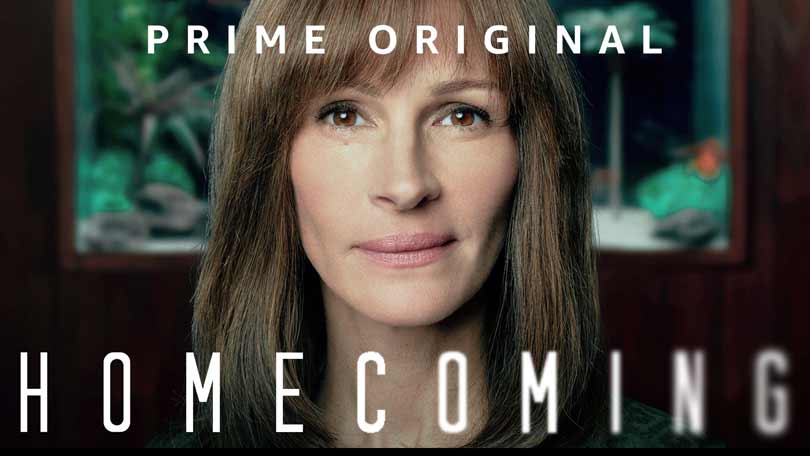 This narrative alternates with another, which takes place four years later when we find Heidi in a new life as a small-town waitress living with her mother, portrayed by Oscar-winner Sissy Spacek. When a Department of Defense auditor, Boardwalk Empire’s Shea Whigham, questions her about her departure from the Homecoming facility, Heidi begins to question the narrative - and reality - she has spun for herself.

Watch Homecoming if you liked... 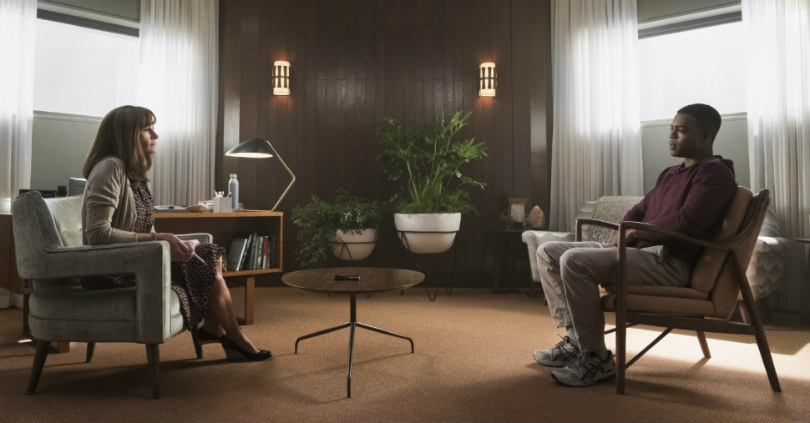 Check out the first shots of Julia Roberts as caseworker Heidi Bergman. 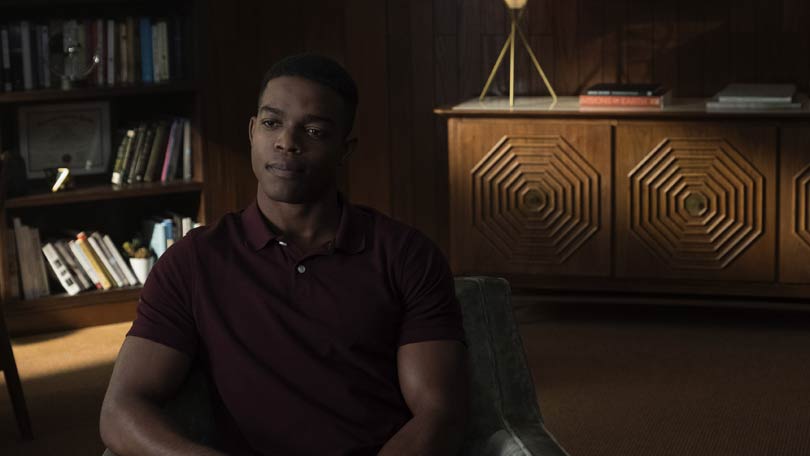 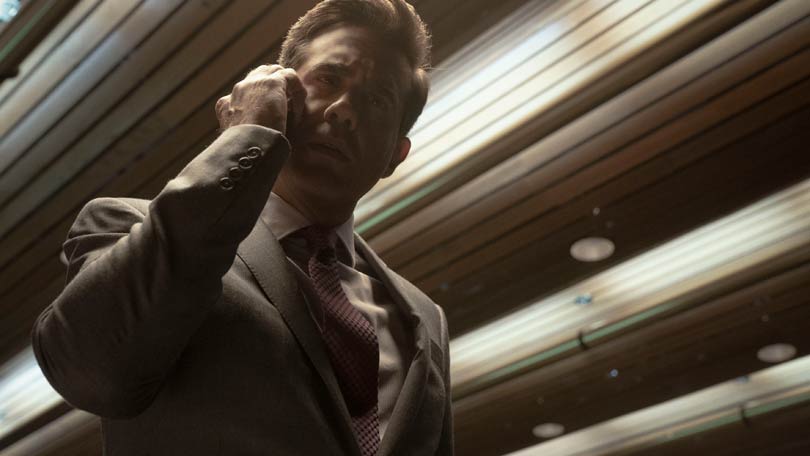 When is Homecoming released?

Who is the director?

What is Homecoming based on? 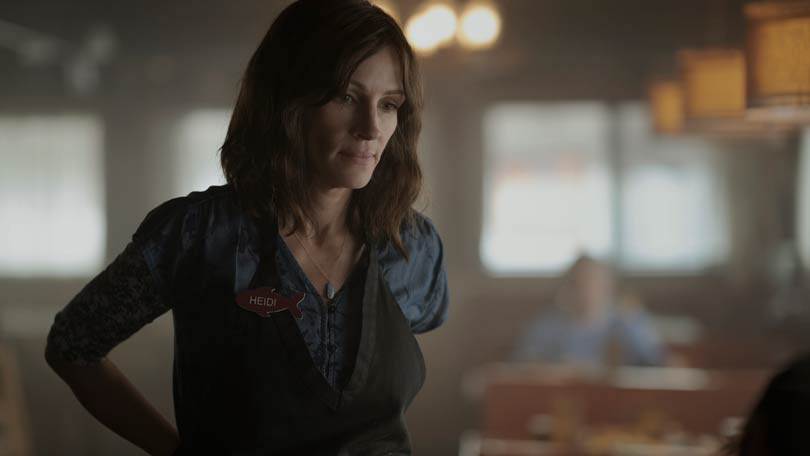 "We actually had no idea what it was going be,” says Horowitz, a novelist and editor who in 2016 was charged with creating narrative content for the online podcast network Gimlet Studios.

"All I knew was that we were going to make an audio series and it was going to have episodes.” The project was to be Horowitz’s first stab at a podcast, and his first-ever scripted effort as a writer.

“Just as a listener, I knew that podcasts can create a weirdly intimate relationship with the voice in your ear,” he says.

“It sucks you in in a way that almost no other medium can. I wanted to create a fictional piece that had that kind of immediacy and authenticity.”

Horowitz knew he needed a collaborator. Enter veteran sound mixer Micah Bloomberg (All is Lost, Christine, Obvious Child), who was referred to him by a mutual friend.

“We talked on the phone for like 90 minutes and kicked around some story ideas,” says Bloomberg.

“He called me back the next week and that was the genesis of our working together. We started with five different podcast ideas, and one of those was for Homecoming.”

The two agreed early on about what they didn’t want in their podcast: neither narration nor dramatic musical cues. “We just wanted people talking — almost like a found document,” says Horowitz.

“My background is in TV and film, but also in playwriting,” says Bloomberg.

“Often when you write a movie, you’re thinking in visual terms. This was an opportunity to tell a story through language, and through what characters weren’t saying. I was really excited about that.”

“I remember looking on Twitter,” says Bloomberg, “and people really wanted to know what had happened to Heidi between the two time periods!”

They quickly found another fan in writer, producer and director Sam Esmail, creator of the Golden Globe-winning US drama Mr Robot.

“I’m a huge fan of the thriller genre in general, but the Homecoming podcast wasn’t about the pyrotechnics of action or chase scenes,” says Esmail.

“It was based in the reveals and twists of what characters knew, what they didn’t know; how their relationships were either falling apart or coming together.”

Esmail says he was particularly taken with Homecoming’s auditory elements.

“This was the first scripted podcast I’d ever listened to,” he says.

“And you felt like you were eavesdropping on these conversations. Whether between Walter and Heidi, or Heidi and Colin, Eli and Micah really leaned into the sound of the phone calls; the sound of the tape recorder.

"It put you in a voyeuristic mode. It was such a rare thing to find this in any format, let alone a podcast radio play.” 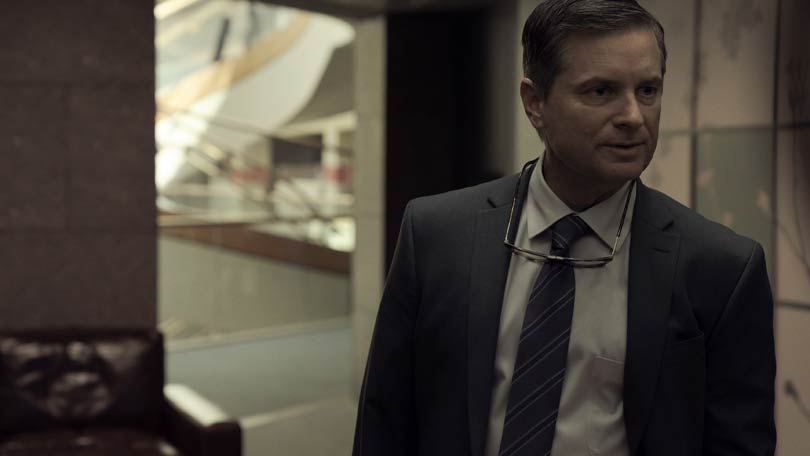 Esmail says he wanted to skirt one particular trope in adapting Homecoming to a visual medium. “I did not want to make it ‘cinematic’,” he says.

"There’s a tendency when you adapt something for the big screen – whether from a book or a podcast – that it has to be ‘bigger.’ I wanted it to stay as intimate and small as it was in the podcast because that was the heart of the whole thing.”

Horowitz says they had an acute question to answer in order to stay faithful to podcast’s structure and tone: How do you execute long scenes that are very heavy on dialogue and very light on action?

"We had to figure out how to make those scenes visually interesting," says Horowitz. "Turn their length into a strength and build a dynamic visual style, which is obviously something Sam excels at."

The team agreed that the narrative begged for a mix of “off-kilter images” within a sort of muted 'nothing-to-see-here' tone, one in which people are having very mundane conversations amid bizarre situations.

The optics of Homecoming – like its aural elements – are deceivingly complex. "The inspirations are Alfred Hitchcock and Brian DePalma— a throwback to character-based thrillers," says Esmail.

"It’s Baroque and Pastiche without actually throwing it back into the past."

Why did Julian Roberts want to do this TV series? 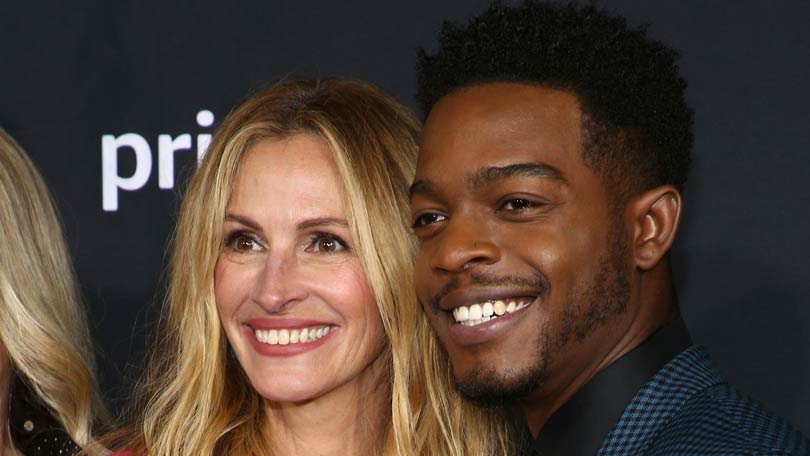 Oscar-winner Roberts made her TV debut in Crime Story in 1987 and also made memorable appearances in Miami Vice, Friends and Law & Order.

She narrated an episode of the documentary series: Makers: Women Who Make America and starred in the TV film The Normal Heart, which earned her an Emmy nomination.

However, Homecoming is her first ever lead role in a series and, she says, it was a relatively easy 'yes' for the Hollywood star.

"I was really taken with the podcast,” says Oscar-winning actress Roberts. “The characters were terrific. [Actress] Catherine Keener is a friend of mine— she played Heidi in the podcast— and she was fantastic. I was listening to it with [a TV series] in mind.

"The audio, the sound production, the fish-tank bubbles… it was all so visual. Micah and Eli know this material inside and out.”

Speaking about her relationship with Esmail, she said: “He’s is an incredible intellect and has such a very specific vision.

“I come from film where there’s just one captain throughout. And I know from friends and family who work in television that there’s a changing-of-the-guard in every episode, which I’m unaccustomed to.

“I said from the beginning that I really wanted one person to direct all the episodes. And if that person wasn’t Sam, then I probably wouldn’t do it.”

Roberts echoes her collaborators’ enthusiasm about Homecoming’s nimble set design. “They built it so that we could do these incredible camera maneuvers,” she says.

“I think there are days when we’ve done 11 pages of dialogue in one camera move up and down hallways, down stairs, through huge conference rooms and cafeterias - it’s pretty amazing,” she says.

“It’s been pretty challenging. The show could be renamed 'No Easy Days' because there were none! But my collaboration with Sam has been so joyful. We’re just two peas in a pod. He’s very specific and clear in his direction. It’s been relatively effortless."

Where is Homecoming filmed? 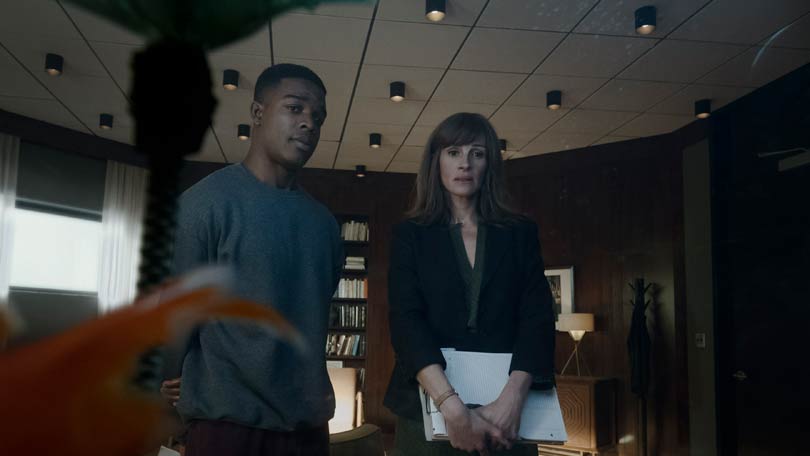 Adding to the novelty of the production was the fact that Homecoming was the first project to shoot on Universal Studios’ brand new production facilities near Los Angeles. Designed for added shooting flexibility, two stages were joined into one 36,110 sq. ft. production space whose 51-foot grid height allowed for the series’ extensive two-story set.

“I wanted Heidi’s office to be built in a specific way - it’s sort of an octagon - so I could shoot from any angle, do overheads shots, style the framing,” says Esmail.

“That drove the shape of the set and the fact that 70% of the show was going be at this location. We needed the utmost control.”

Email said: “I met my production designer, Anastasia ‘Stasia’ White way back on the pilot of Mr Robot when she was an art director.

"What you need in a production designer is somebody like her who gets the tone and vibe of whatever you’re shooting, and has great taste.”

“She also never stops subverting them, and she’s not afraid to go a little surreal,” says Esmail.

“I think the picture in everyone’s head when they’re listening to the podcast was a clinical institutional, almost like an insane asylum. But Eli and Micah felt that it should actually be the opposite, as if it’s a friendly environment, a building that’s been converted into this sort of ‘hip, cool place’ where these soldiers are rehabilitated. But it’s just slightly off in their attempts at being hip and cool. And Stasia killed it.”

One example of White’s nuanced approached to production design can be seen in the 2018-set scenes that take place at the Homecoming facility. During that time, all of the facility’s 'Exit' signs are bathed in green light.

In the 2022-set scenes, toward the second half of the season, they are red.

“It’s rare to find a production designer who wants to show off those little flourishes and subtleties in ways that disobey reality and groundedness,” says Email.

"We knew that at the center of this story was Heidi and Walter’s relationship, and then Heidi and Colin coming into conflict," says Bloomberg.

"In a podcast, it’s difficult to have more than two people talking at the same time. You can’t see them, so they kind of need to say where they are. For TV, we were able to explore smaller characters and different worlds, like Walter’s mother Gloria, and Craig, the life-skills coach at Homecoming.

"We were excited to communicate these things to Stasia and ask: What does this world look and feel like?”

Horowitz says he and Bloomberg were amused by the idea that whoever built Homecoming’s fictional structure, he or she was charged to make it "fun and lively".

"What was their inspiration?" says Horowitz. "They probably had a mood board and thought, 'Oh, it’s Florida so we’ll do a retro-seaside theme, it'll have a great contrast to all these dark colors and heavy wood’. Stasia took that approach times 100 and then added pineapples - everywhere."

“The pineapple is something that one of the veteran characters, Shrier, played by Jeremy Allen White, fixates on in episode two,” says Bloomberg.

“He sees it as one type of lie and deception. But there’s another kind of deception hidden underneath. In a weird way, the pineapple comes to represent the layers we’re talking about. And it’s a completely innocuous, friendly object.”

More broadly, says Horowitz, the ubiquitous pineapple is one way the production design creates a juxtaposition between the surreal and the mundane.

"I feel like that’s a pretty common part of our experience, just as human beings in this social and political climate – seeing these obvious absurdities treated as normal reality."